Atlas Mountains: The Best (And Worst) Drive in Morocco

Our first day of driving took us into the Atlas Mountains, the mountain range that crosses through the center of Morocco, separating the Atlantic coast from the desert. The scenery of this area is beautiful and dramatic, with an overall tranquil feel. 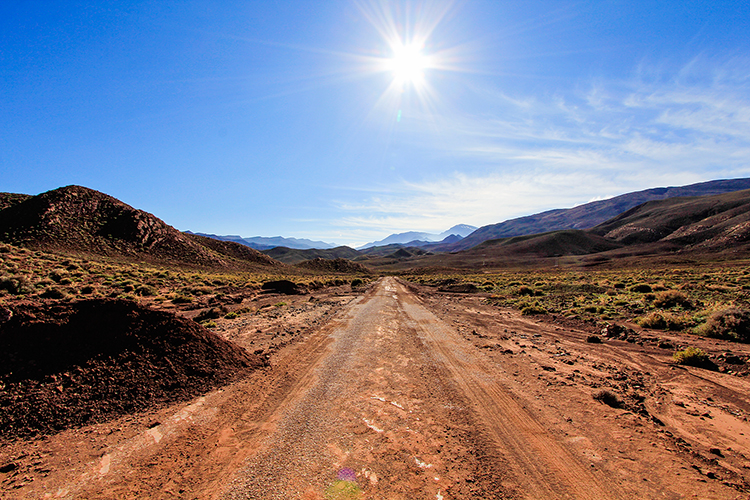 To get up and over the highest part of the mountains required driving over the Tizi n’Tichka pass, a winding switchback into the mountains. This pass is much lower than the highest elevation of the Atlas Mountains, which goes over 4000 m high with snow peaked caps. 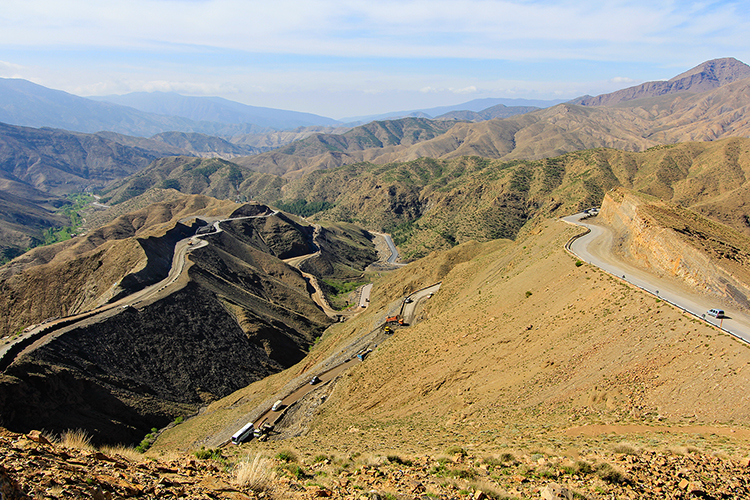 After coming down from the pass we arrived at our first overnight stop on the drive in the small town of Aït Benhaddou. 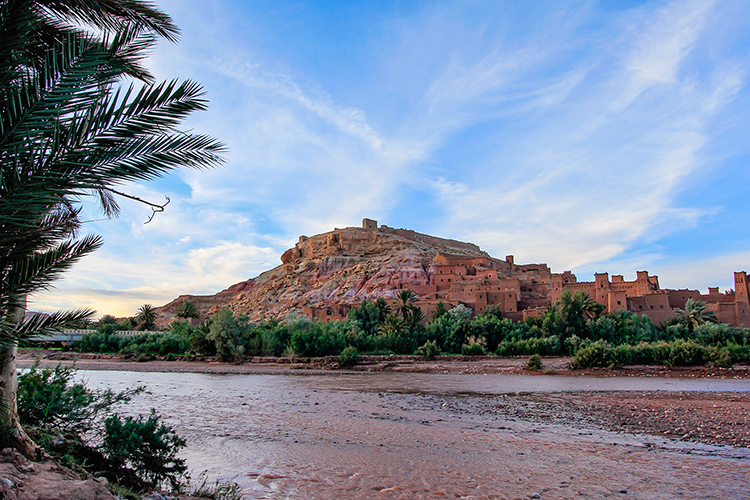 Aït Benhaddou is a UNESCO protected Kasbah (ie. traditional marketplace) and also the site of movies like Gladiator, Cleopatra, and the Game of Thrones television series.

The ancient town is picturesquely placed on the top of a hill. Because we never know where we’re going in the narrow maze of streets that makes up Moroccan towns, we ended up at a river crossing which required hopping from sandbag to sandbag, while we looked longingly at the modern bridge in the distance that we managed to miss. Once at the Kasbah, we wandered the tiny streets until we popped out on at the granary on top. 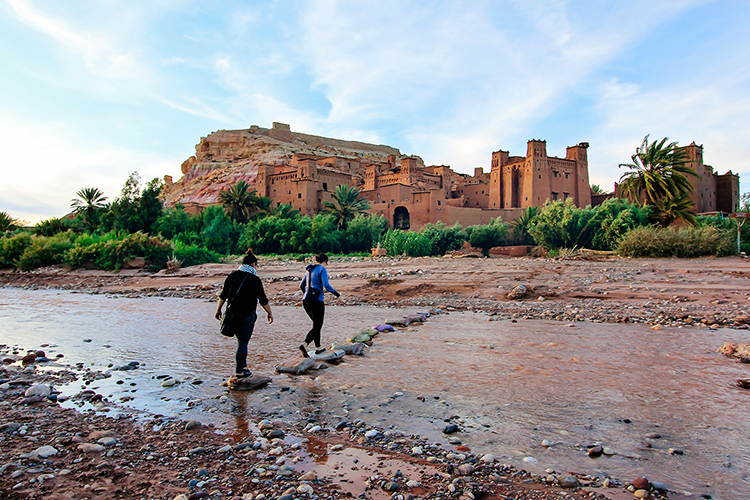 We spent the night in a newly built riad on a hill, with a patio overlooking the whole area: 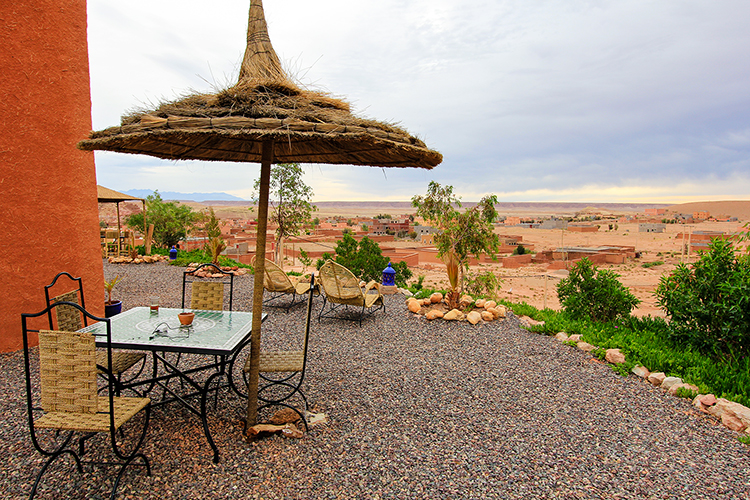 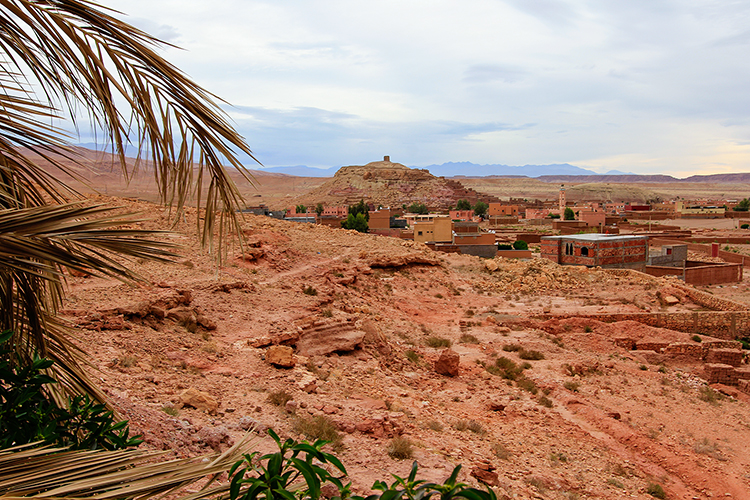 This riad, like many other homes in this region, are made of bricks composed of mud, sand and straw (the straw you can easily see sticking out of the walls) which are laid out in the sun to dry. Many homes don’t have glass windows, but instead have metal grates which allow airflow. Ceilings are made of bamboo stalks and eucalyptus: 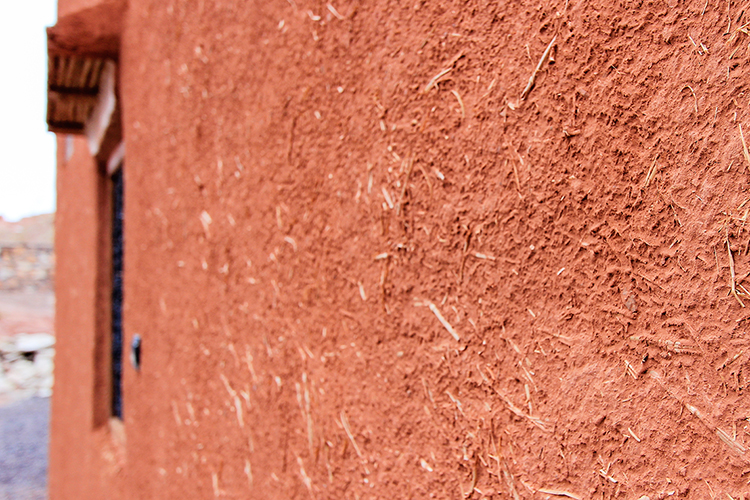 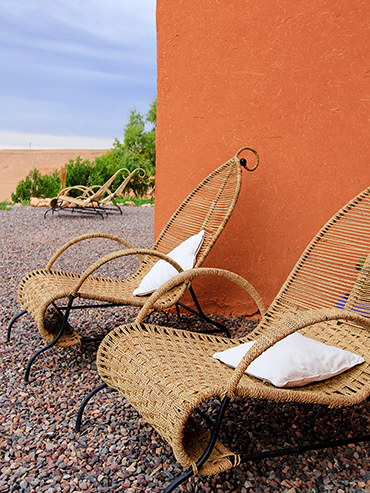 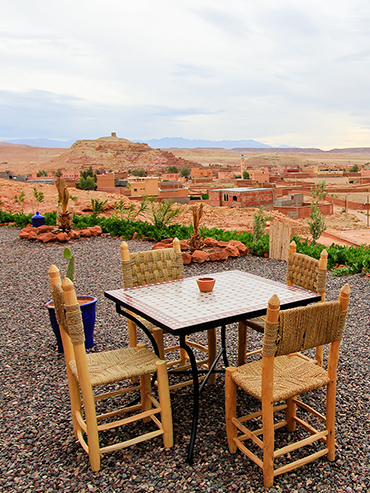 One of the best parts of the journey was the drive through the high cliffs of limestone in Dades Gorge, which felt like the Grand Canyon of Morocco. 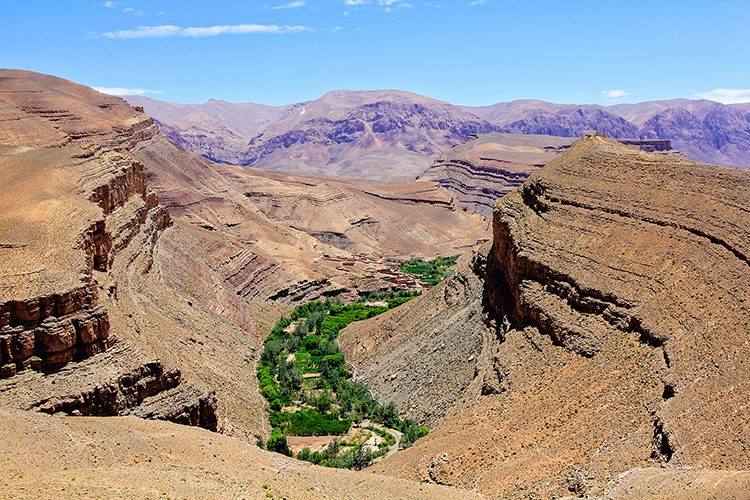 Getting up to Dades Gorge tested our skills driving up these crazy switchbacks and squeezing between narrow cliff walls: 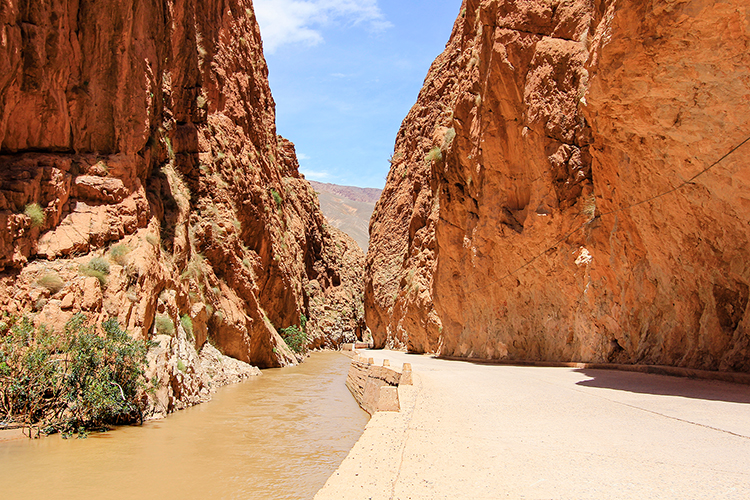 As we wound along the canyon walls, we drove through several small towns camouflaging into the surrounding orange rocks. 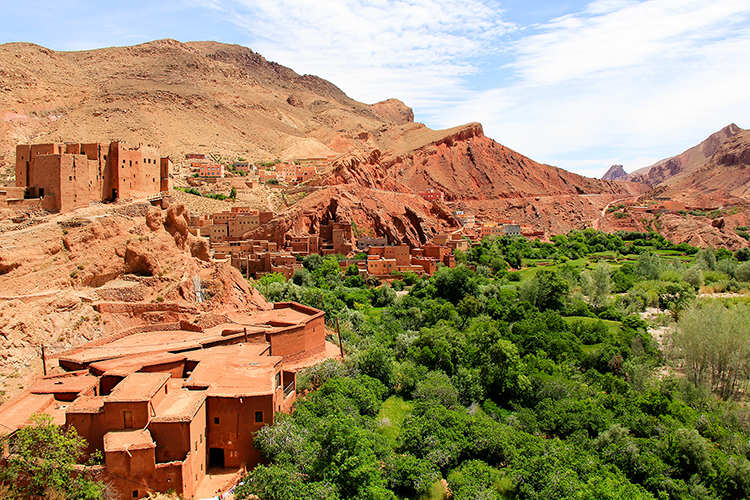 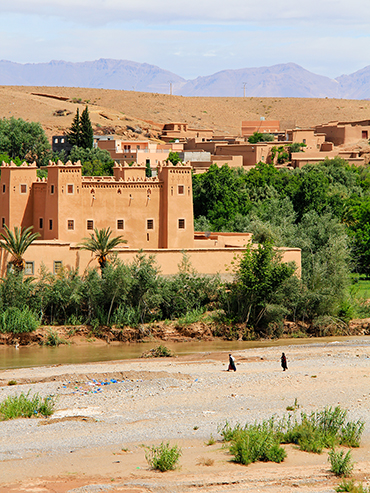 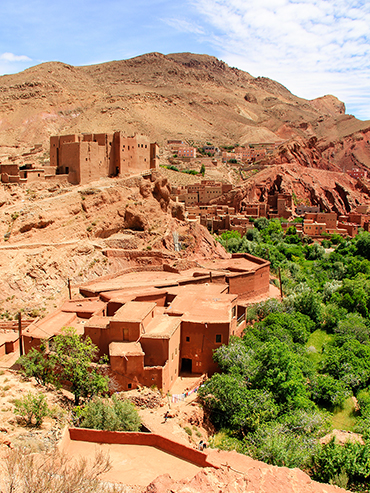 I don’t know if we ever drove for longer than 15 minutes at a time without having to stop to take pictures and take in the view.

Which, as per usual, meant we were usually approached to purchase some local goods…

On the Edge of Glory (Slash Death)

Our initial plan was to drive a distance into Dades Gorge and then turn back to the highway for an easy breezy drive to the next gorge (Todra Gorge).

However, we became so elated with the beauty of the drive that we all agreed to push on to a secondary highway which connects to Todra Gorge. I’m not sure why we assumed these roads would be just as well developed as home since we are, after all, in Africa…

The drive initially was amazing. We drove into a deep and dramatic canyon: 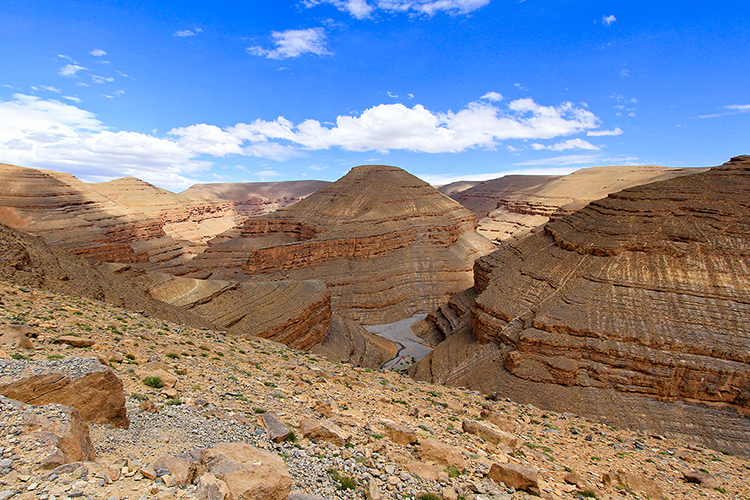 But coming out of the canyon resulted in a somewhat harrowing experience of hanging onto a cliff edge with our Duster and hoping the road wouldn’t crumble beneath us, as it was already beginning to do. 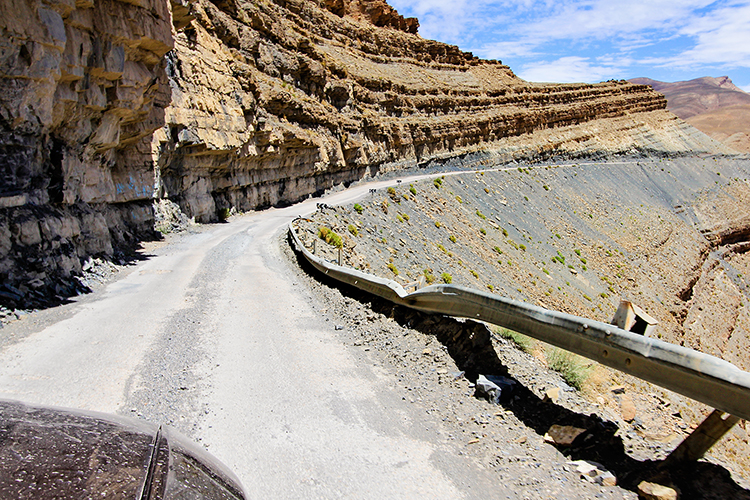 The road then turned into one narrow lane of rock and rubble which we traversed at the lightning speed of 10 kph. 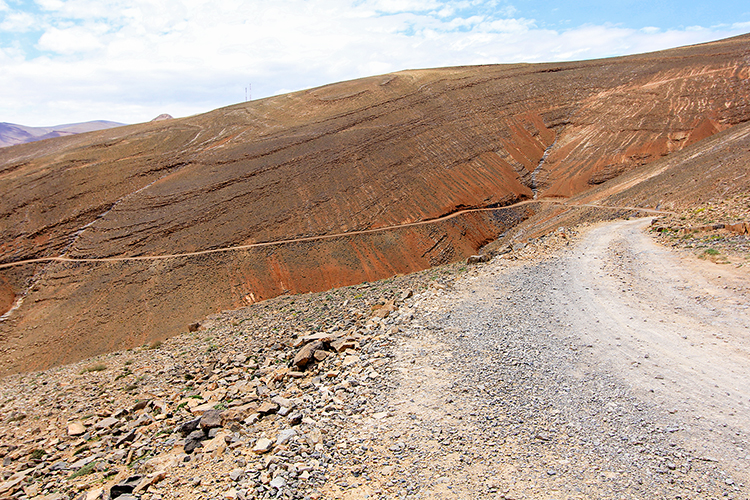 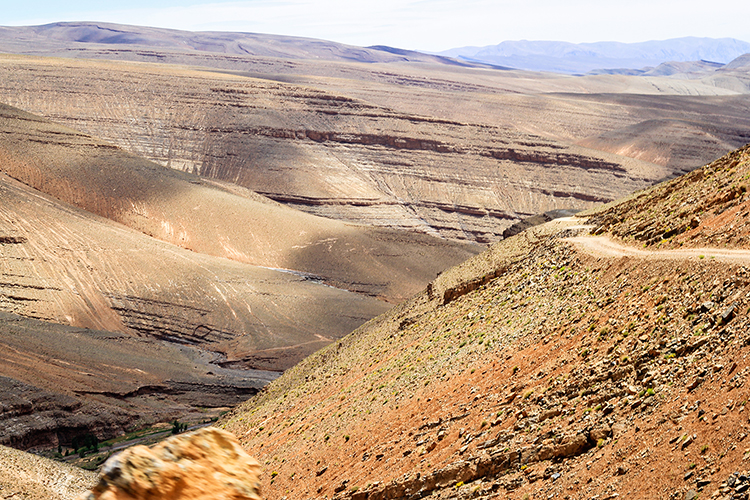 The single-lane road was perched on the side of the cliff, where all I could see on my passenger side was a straight drop into the canyon. We couldn’t help but lean left uphill, hoping that would keep us from falling in. 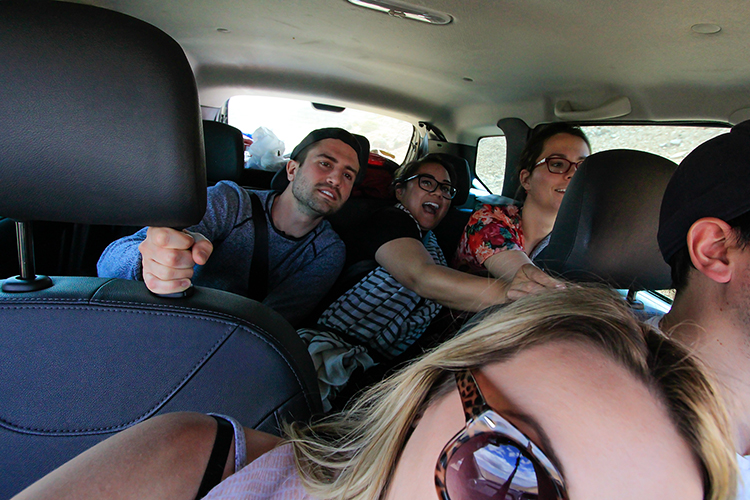 There was not another car in sight and the only people we came across were the local Berber people, the people of the Atlas Mountains with their own language and traditions. The only interactions they had with us, as they squeezed by our car with their donkeys carrying goods, was to knock on our window and ask for our clothes and food. 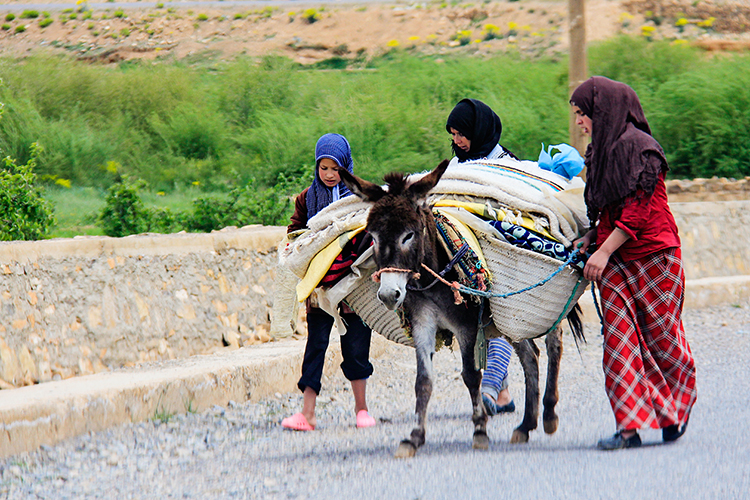 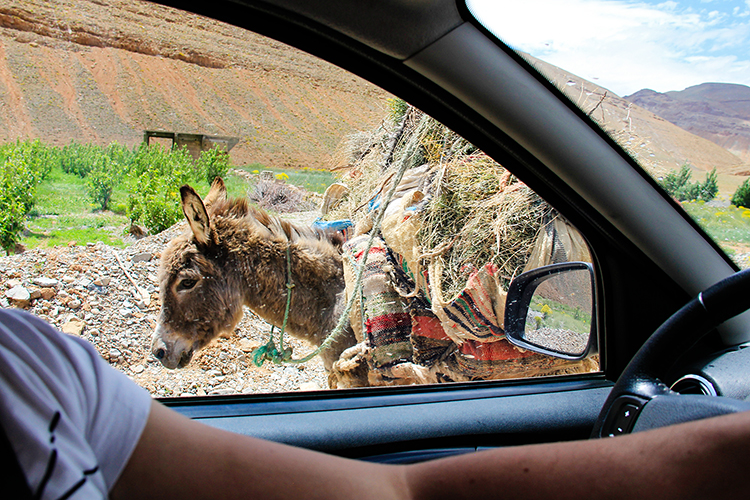 After pulling over and having a pow wow to decide whether or not to turn around, we agree to continue on. Eventually we headed down into the valley, where we were happy and relieved to be back on ground level.

The road was suddenly paved once again, roomy enough for two, and beautifully scenic. Though our 1.5h detour turned into 4, there were no regrets! 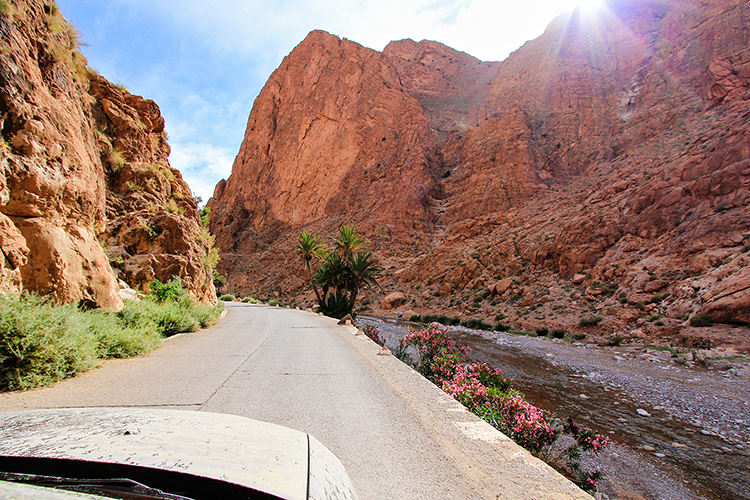 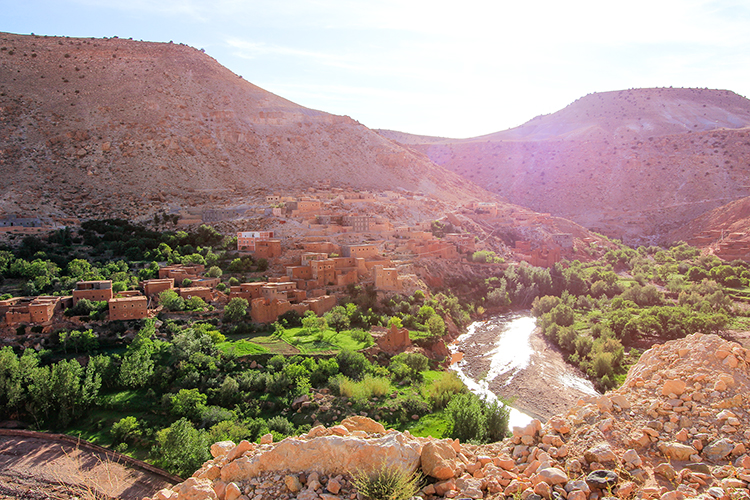 Plus, when we told our next riad host about our route he looked at us in amazement. “With that little car out there?”…”With all five of you in it?”… And after a long pause of silence, “Wow…” 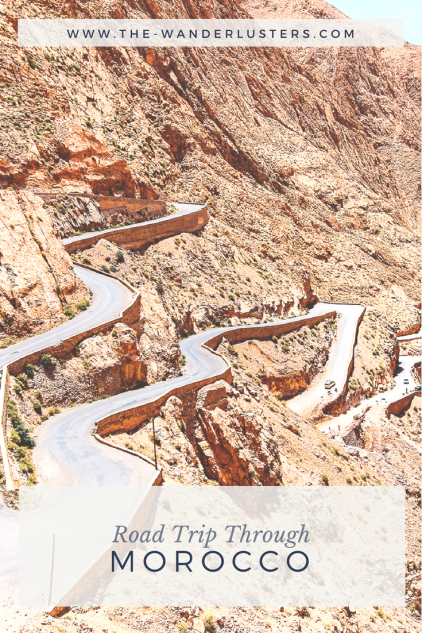 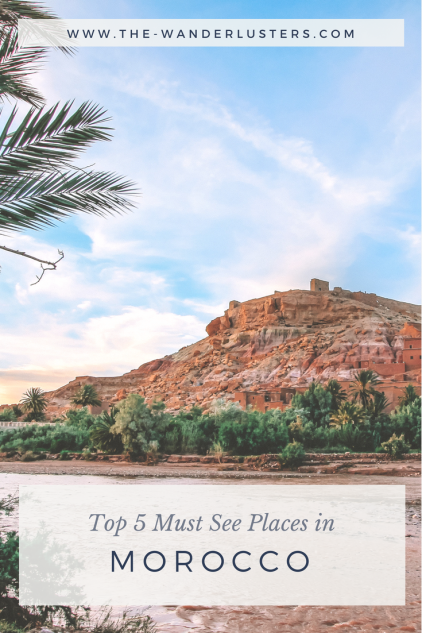 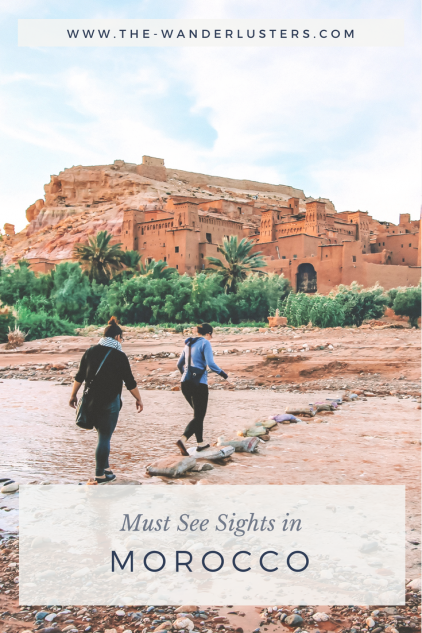