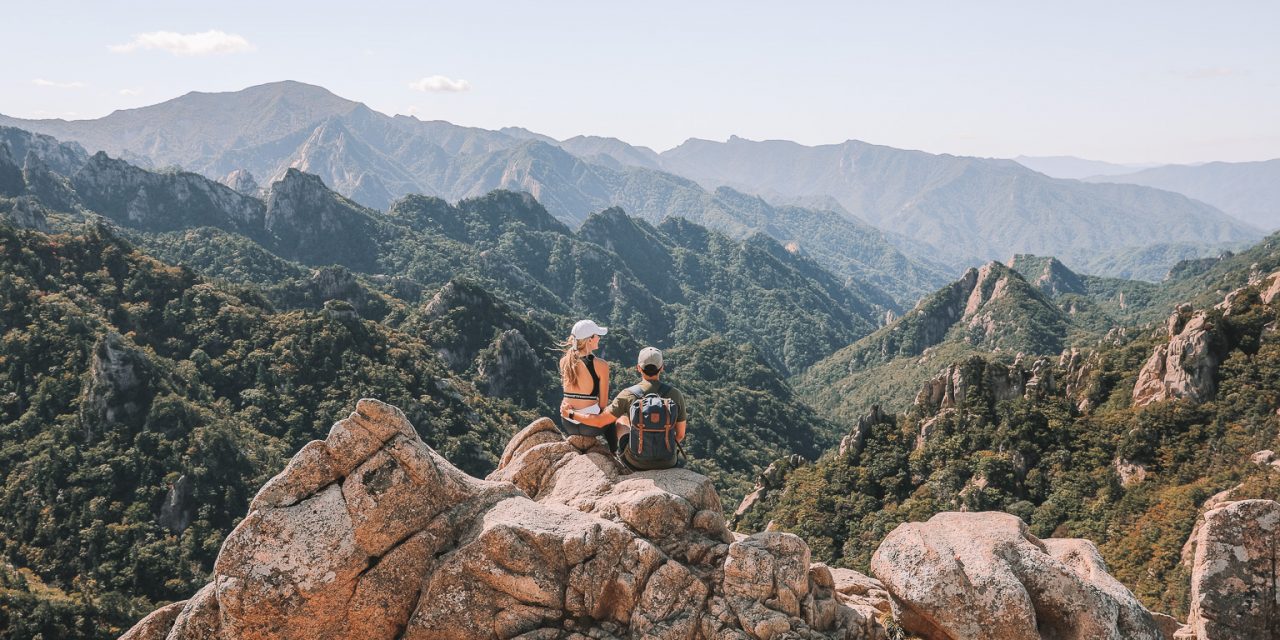 One of the most beautiful places in South Korea has to be Seoraksan National Park, located in the Northeast corner of the country. The park was a must see for us given its pristine nature and great hiking opportunities. We stayed in the nearby town of Sokcho and drove into the park every day to get our fill of outdoor activities.

The best way to describe the landscape of Seoraksan National Park is to compare it to the Flintstones cartoon. Multiple large stones and boulders are scattered throughout the park, smoothed over the years by the wind. This makes them look almost fake in an otherwise lusciously green landscape. 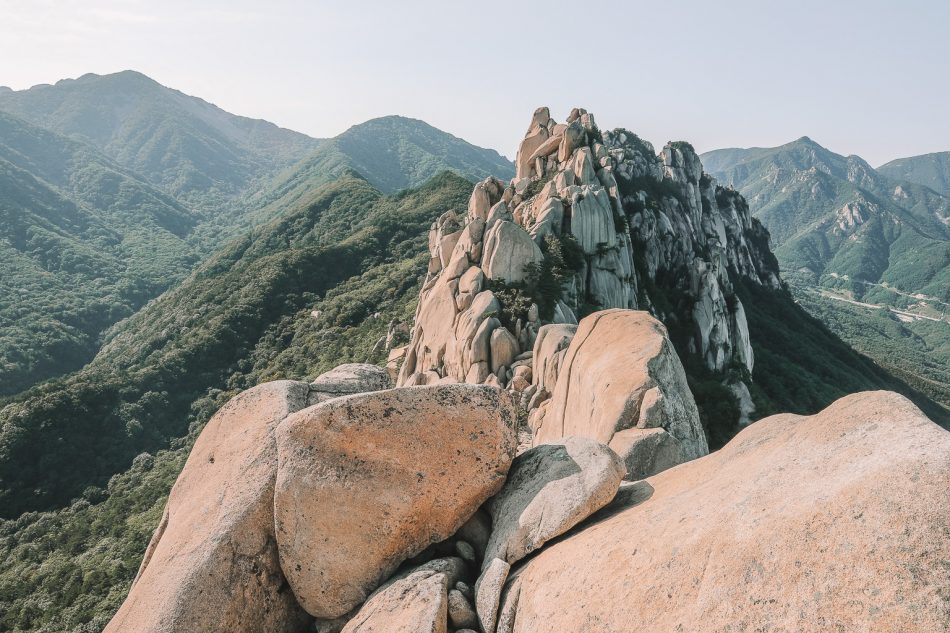 Ulsanbawi Rockis particularly striking, and probably one of the most commonly visited sites in the park. We were impressed by the various ages of hikers completing this 880 stair climb to the top. 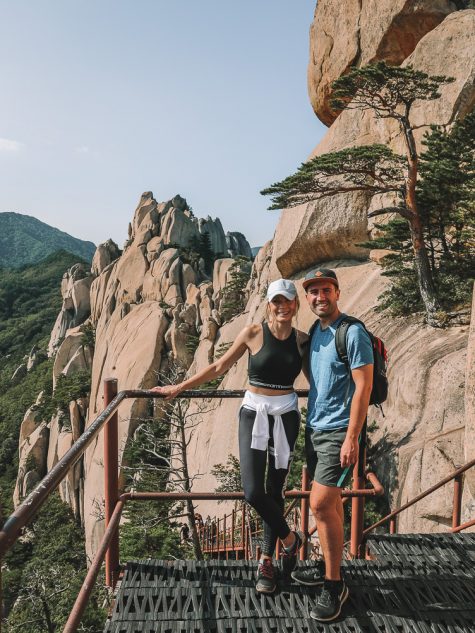 Once reaching the top of the seemingly never-ending stairs, you ascend to a mountainous ridge with sweeping views stretching from inland all the way out to the ocean. 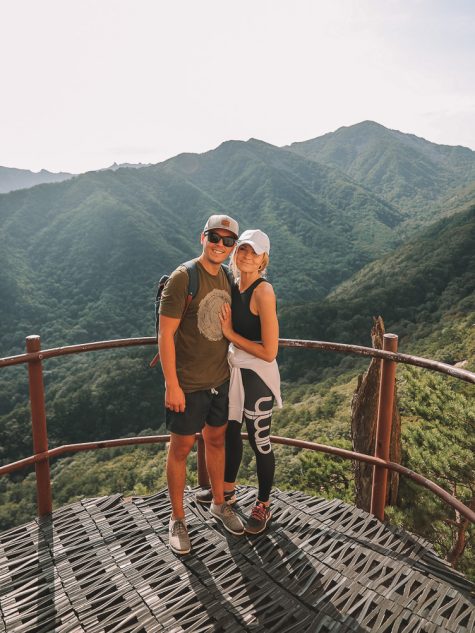 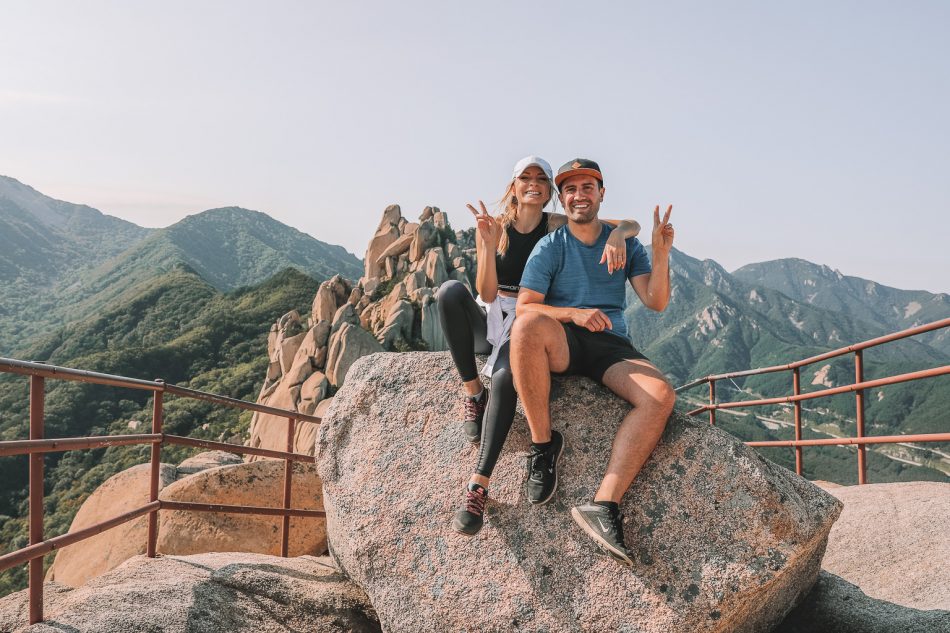 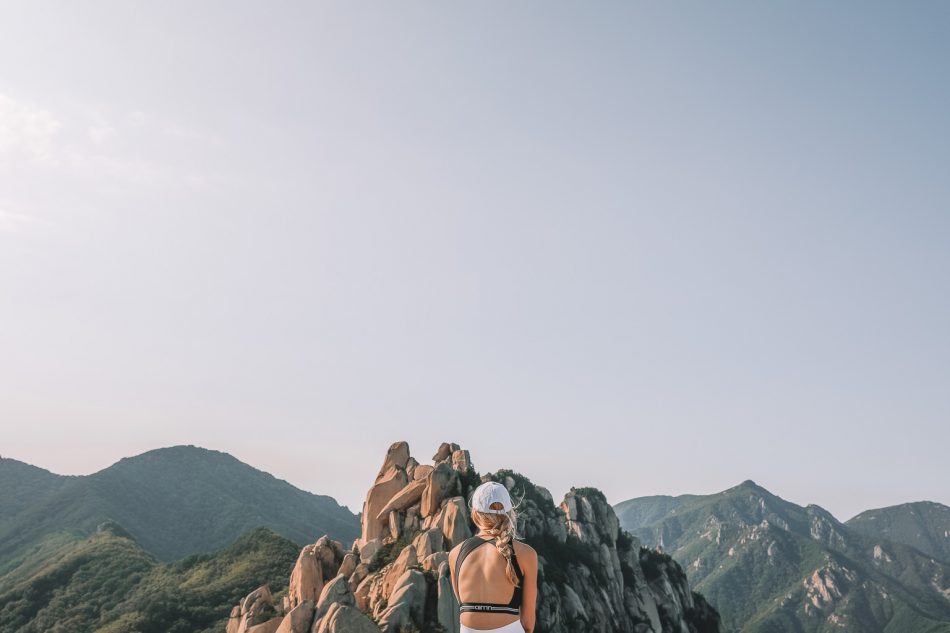 At its tallest, Seoraksan Mountain reaches its highest point at 1708 m (Daecheongbong Peak). There are a number of routes that can take you there, and we decided to combine a couple of routes that appeared the most scenic. These routes happened to be advanced, and there were definitely times where we questioned our decision. Mostly as the sun was setting on our 10th hour of hiking and our legs felt like jelly. But, the views made it so very worth it.

The first half of the climb was through a valley, following a mountainous river with many waterfalls along the course. 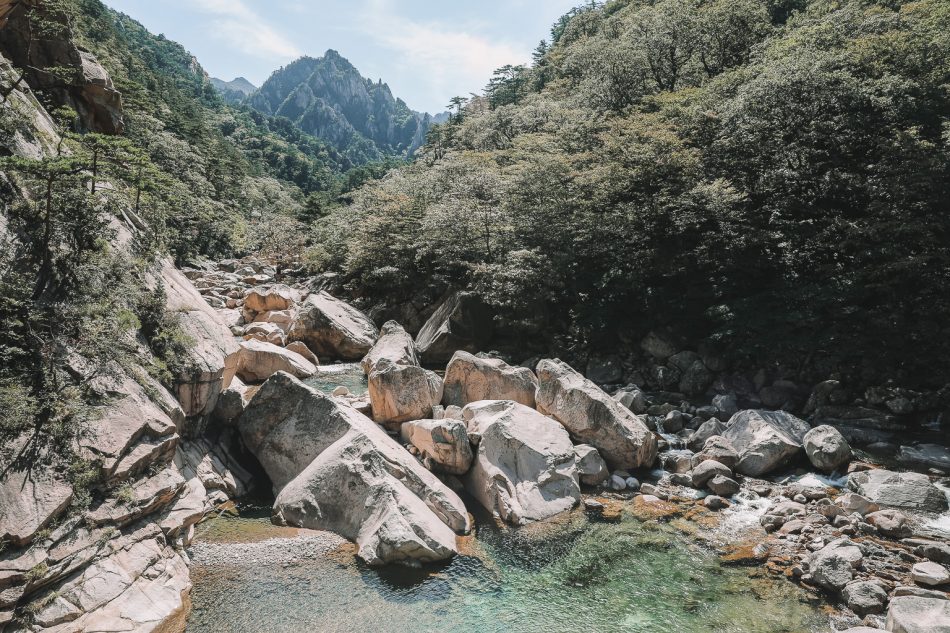 The second half was a ridge hike along “Dinosaur Ridge“, a challenging trek taking us through various terrain which included scrambles and steep climbs requiring ropes. 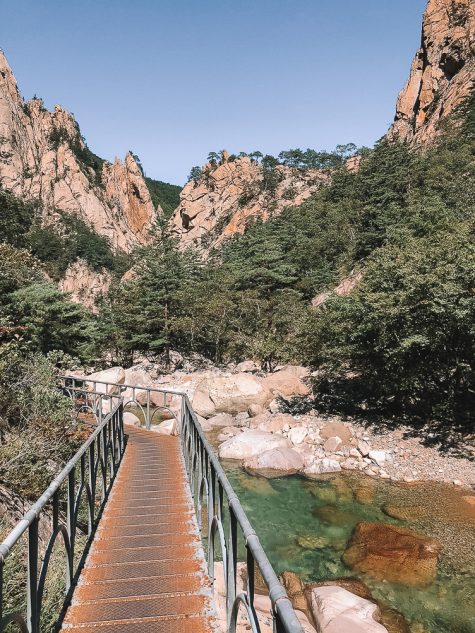 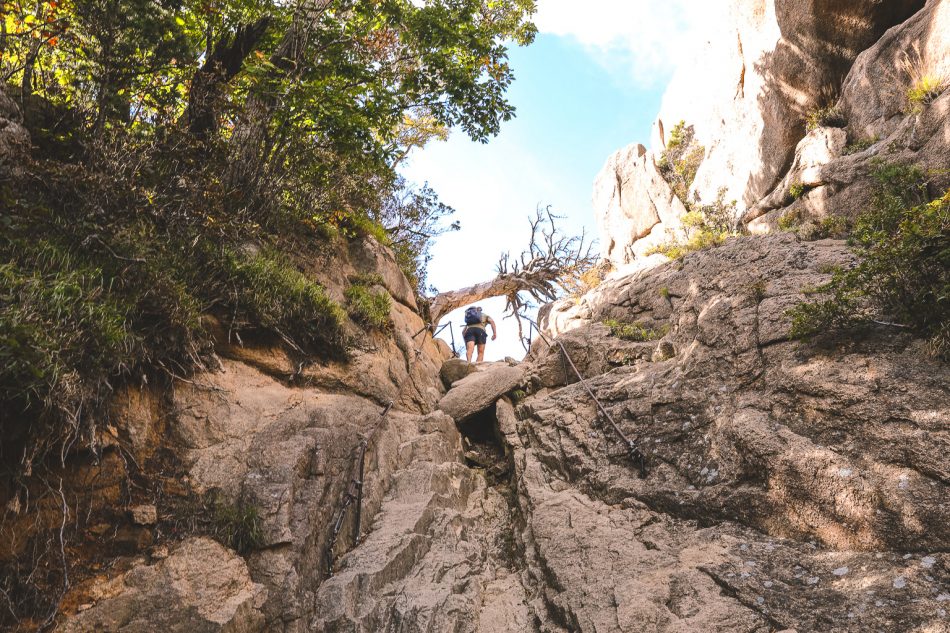 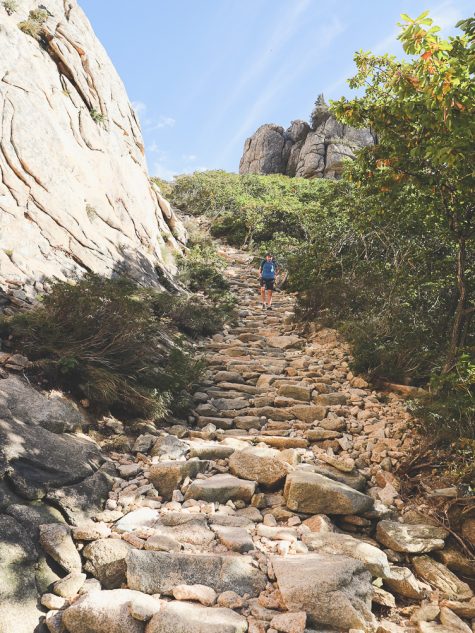 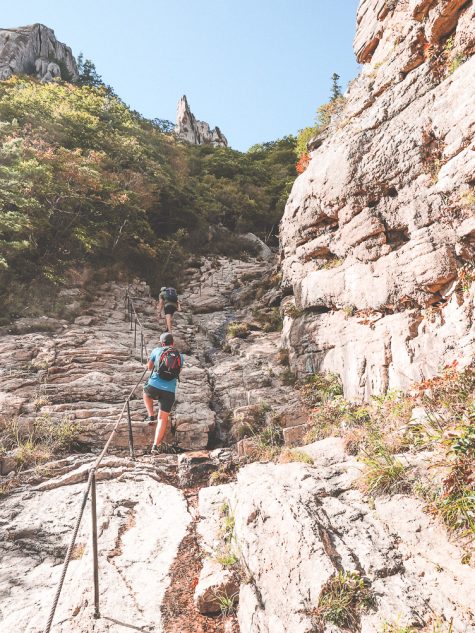 But, no matter how much we were huffing and puffing, the views from the top of the ridge were unforgettable: 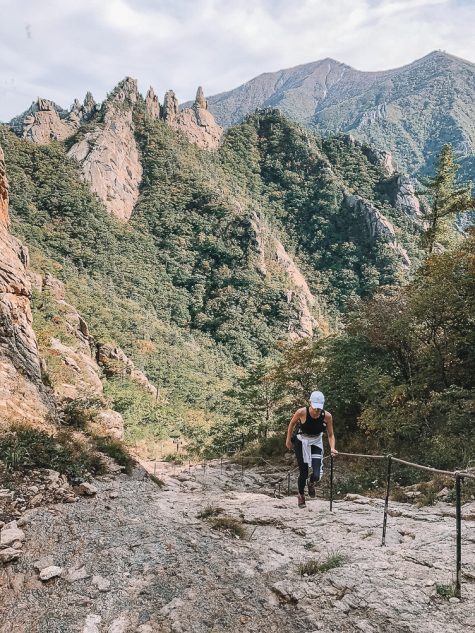 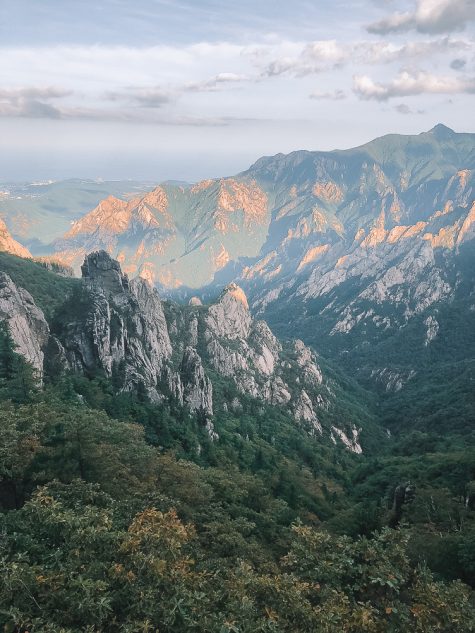 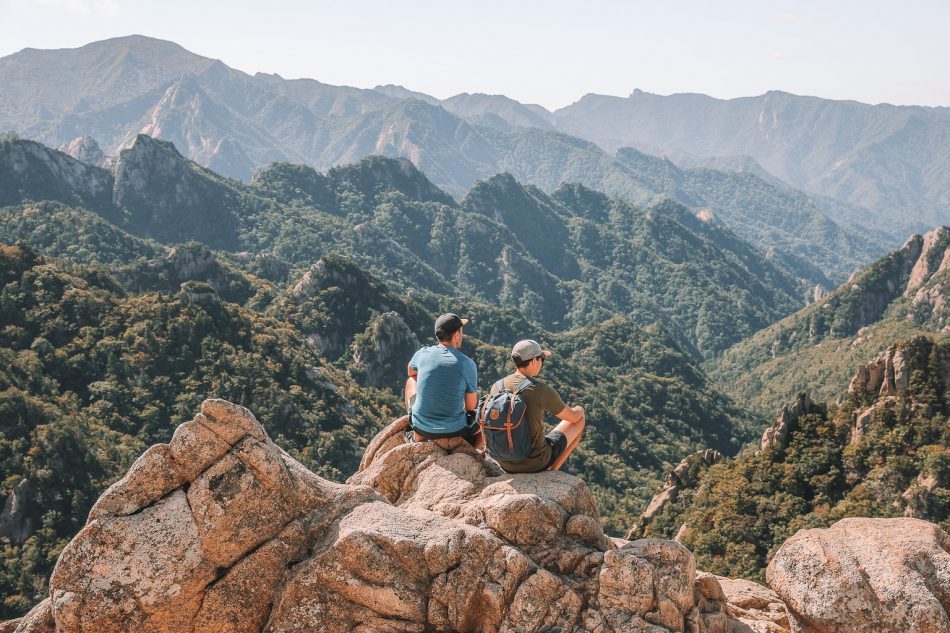 When all was said and done we had hiked for over 10 hours, almost 30km, 1800m of vertical, and it cost me one pair of shoes. But I wouldn’t have changed a thing.

While you could fill numerous days hiking throughout the park, there are also a number of other sites in Seoraksan. The park is home to two Buddhist temples, including one large statue of Buddha. 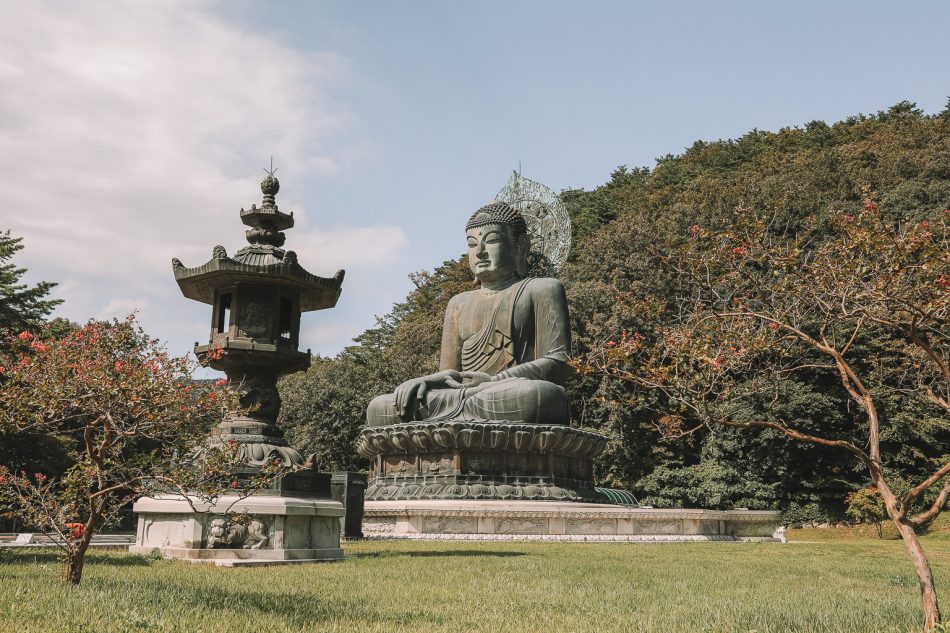 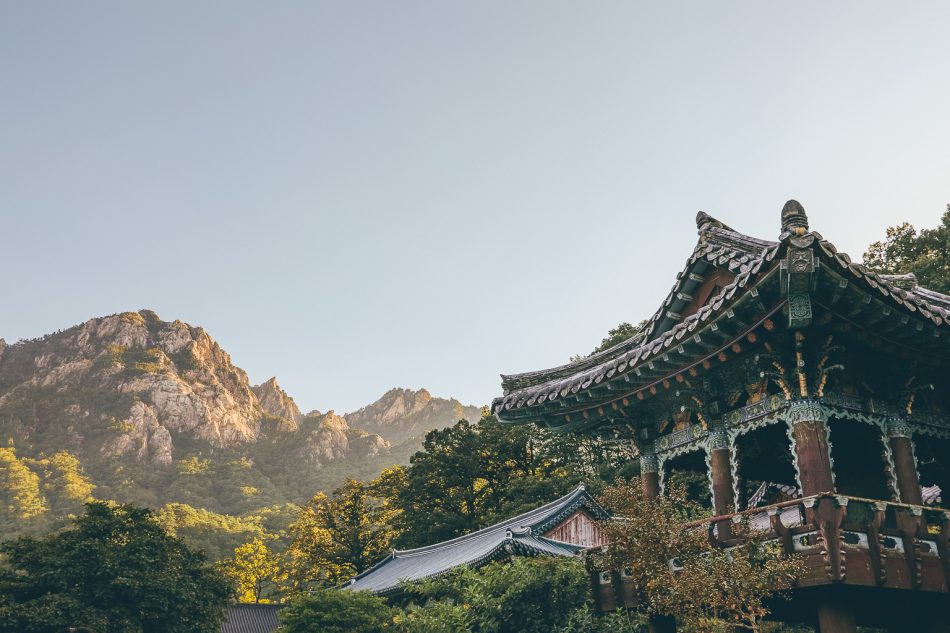 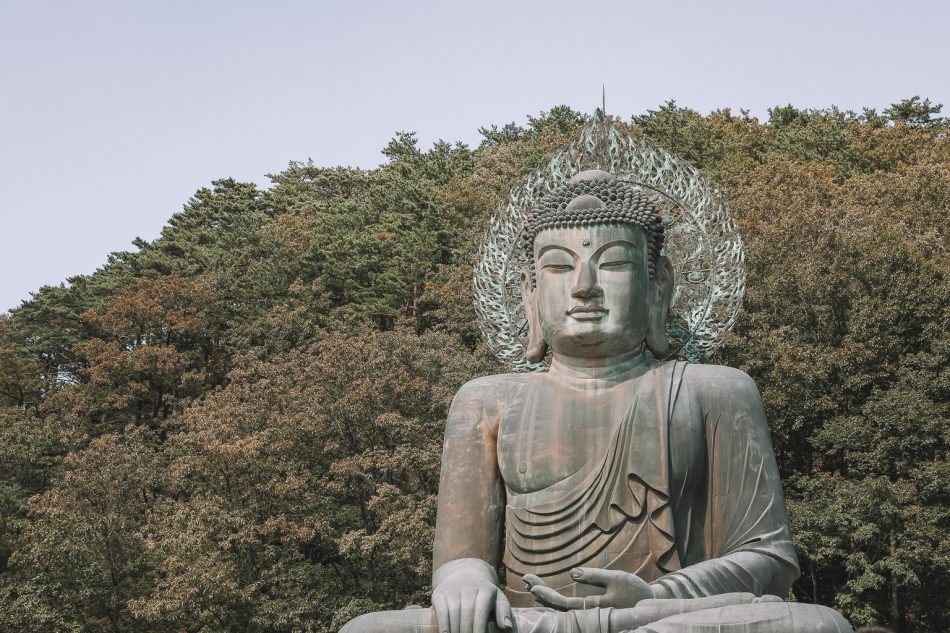 There are also many leisurely walks following the river, across charming bridges, taking you to numerous waterfalls within the park. 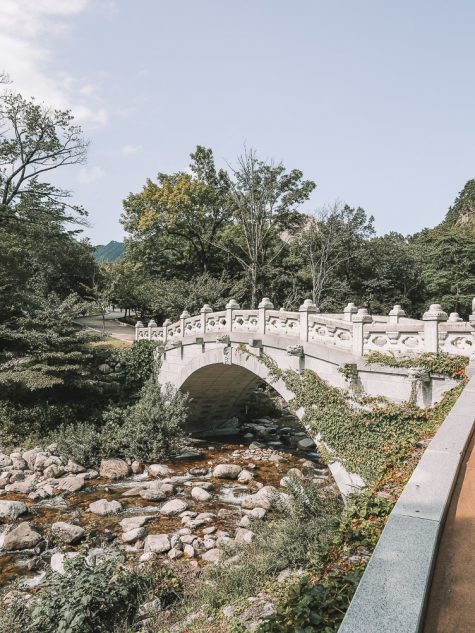 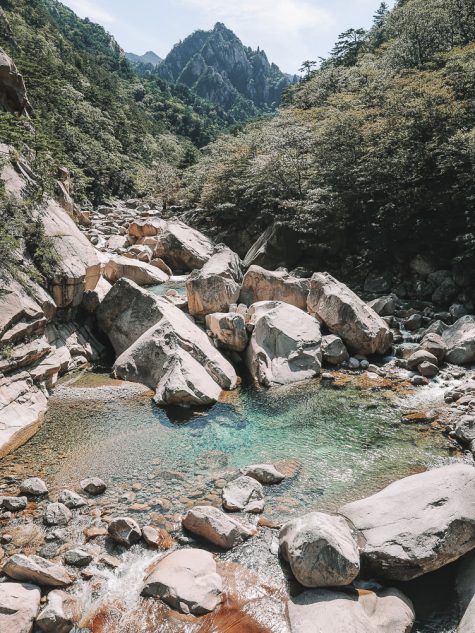 And of course, as we’ve noticed is tradition at Korean visitor sites, there is a large outdoor shopping area at the entrance of the park with numerous restaurants and cafes to refuel after a day of activity. We may or may not have had a Bulgogi burger to reward ourselves after a long hike… 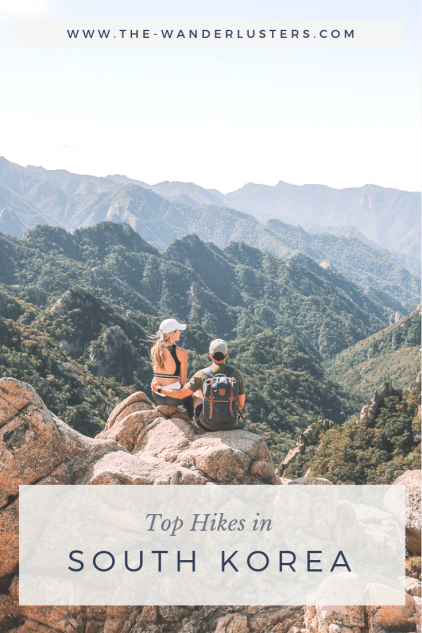 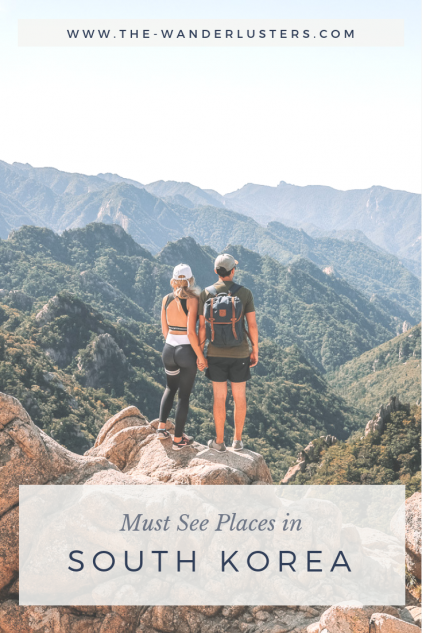