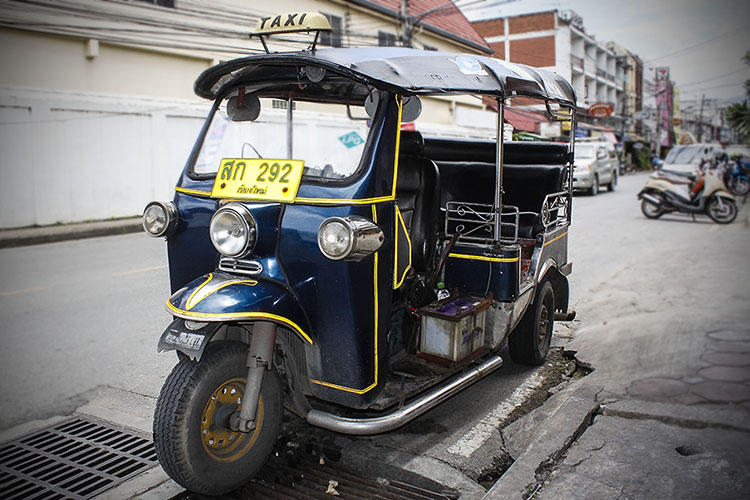 I’ve decided to dedicate a post to our modes of transit, as how we get around now is nothing like how we did in China or back home!

This is a tuk tuk (pronounced “toook toook”). It’s a motorized 3-wheeled vehicle with a tiny open-air cabin and room for a couple of people. They’ll take you wherever you like, you just have to negotiate a price!

This is a songthaew. It’s basically a pick-up truck with some benches put into the box and a roof fashioned overtop. We wonder if you can just buy a kit to turn your own truck into one? Its the closest thing to a bus or a taxi in Chiang Mai, and it’s what we use to get around everyday. There are definitely no seat belts – so try not to fall out the back! 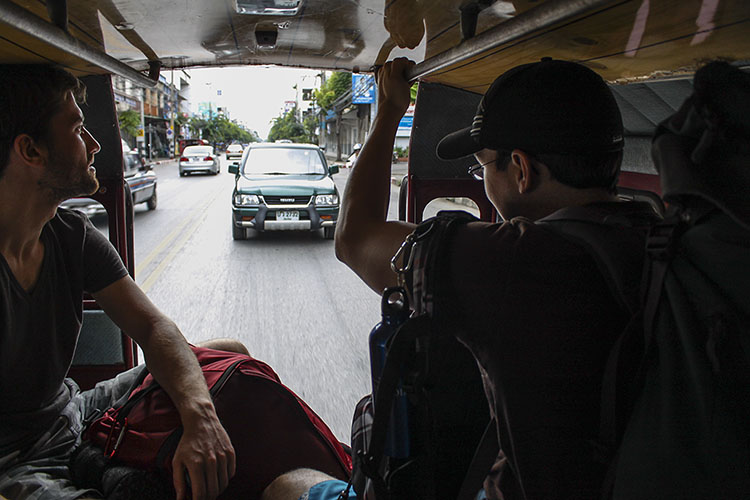 These are the city buses in Bangkok (no such thing up north). They are mainly set up for standing and the ventilation is by open windows; the locals are usually dangling out of these when it’s too hot. The buses pause in the middle of the road as they’re driving by a bus stop, and you have to run out and hop on before it speeds away. You’d be lucky if it comes to a complete stop so it’s a mad dash to get on. Once aboard, a ticket lady comes by with her colorful money box to collect the 8 baht fare. 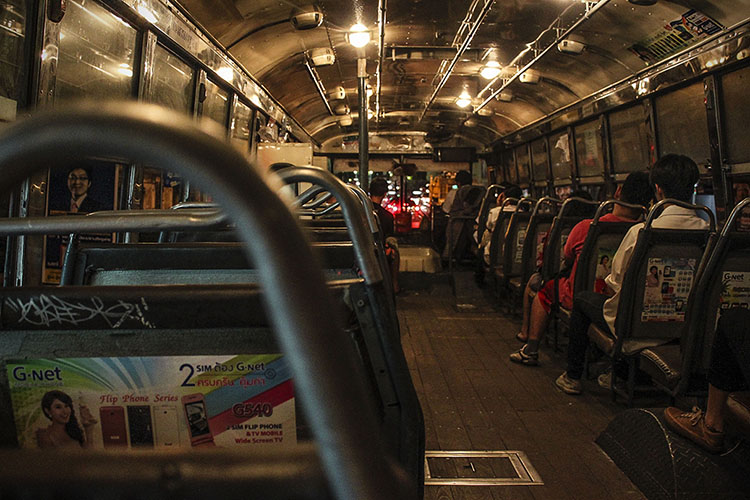 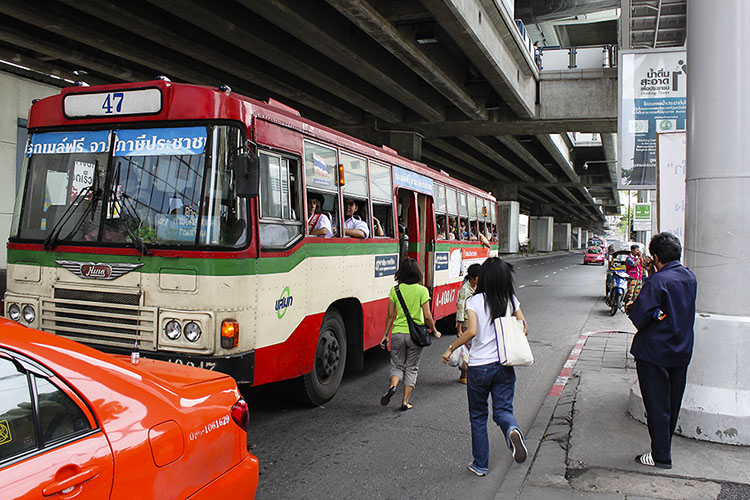 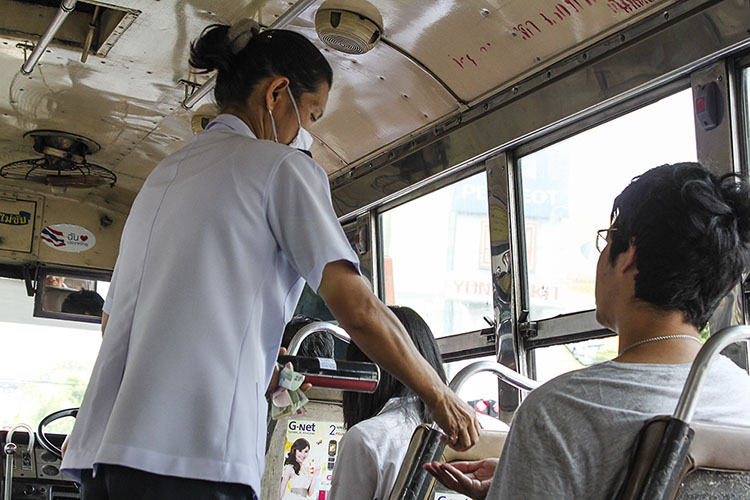