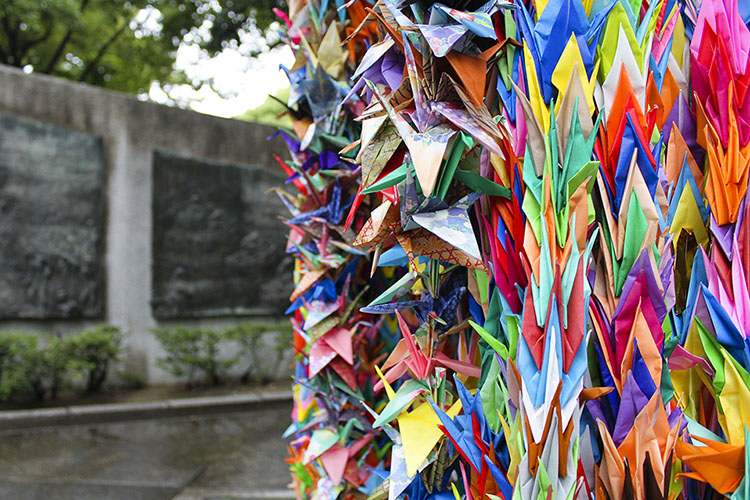 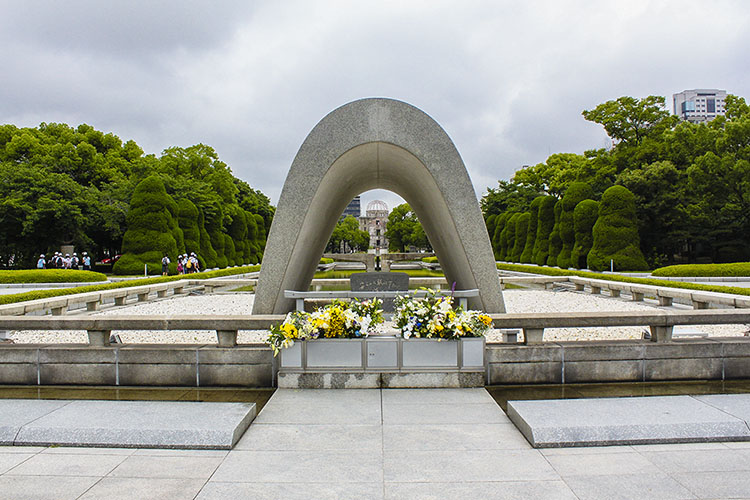 Today we visited the Peace Memorial Park, the site dedicated to the world’s first nuclear attack with the atomic bombing of Hiroshima on August 6, 1945. It is dedicated to the memories of the bomb’s direct and indirect victims, but also functions to advocate for world peace.

The park is built on a large open field that was created by the explosion, but that was once a thriving and bustling commercial center of Hiroshima. It includes a number of memorials, monuments, and museums.

One of these is the UNESCO protected A-Bomb Dome, right above which the bomb exploded yet left the building and dome intact (despite leaving everyone inside deceased): 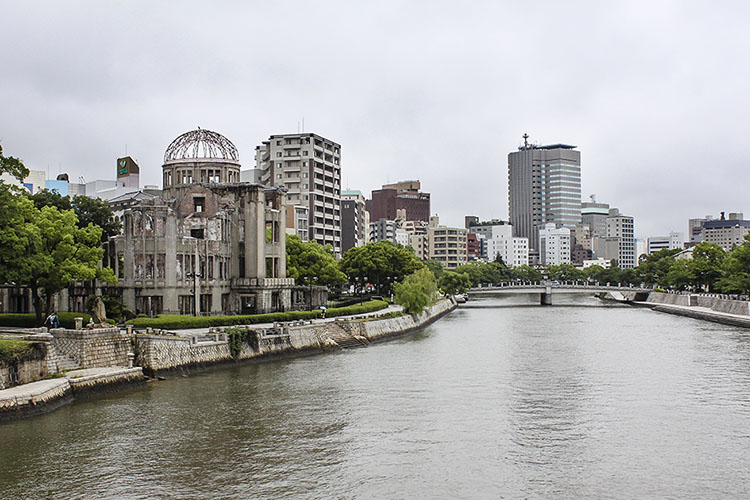 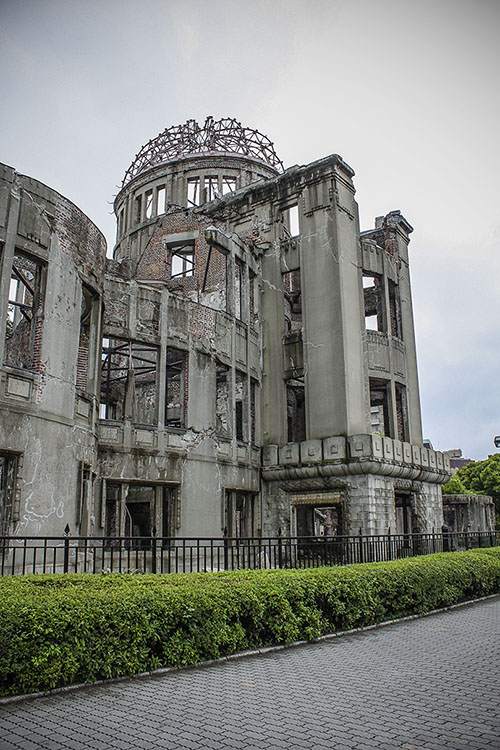 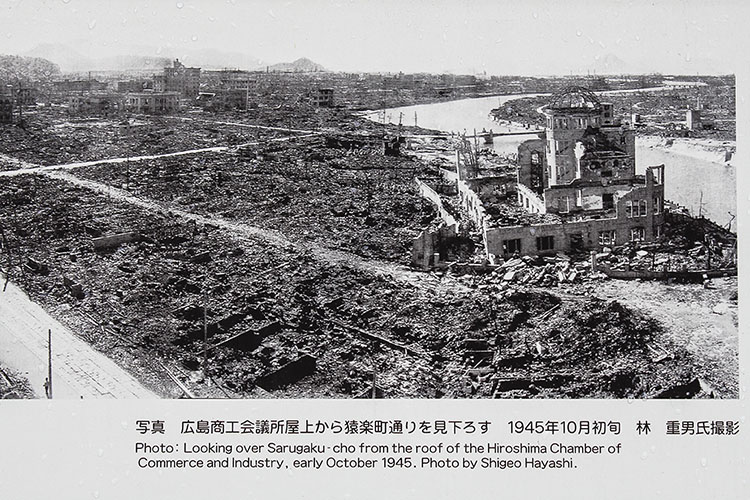 There is also a memorial dedicated to children affected by the blast. The Children’s Peace Monument is based on the story of Sadako Sasaki, a girl who died from radiation secondary to the blast. She believed she would be cured if she folded a 1000 paper cranes. Thus, the statue is continuously replenished with colorfully folded origami cranes. 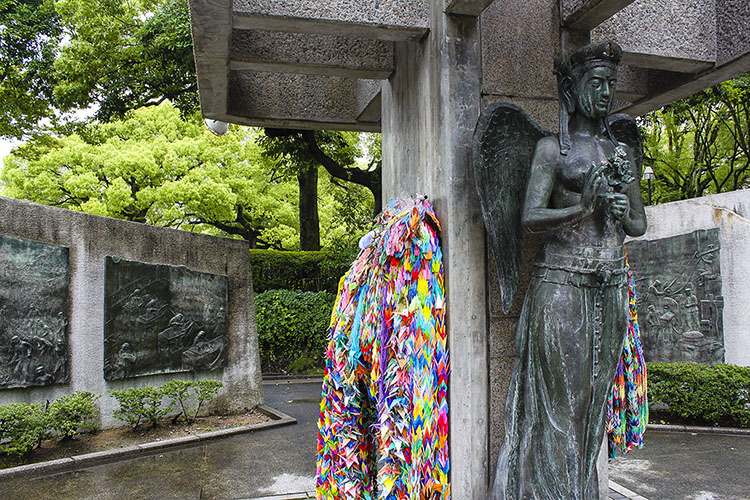