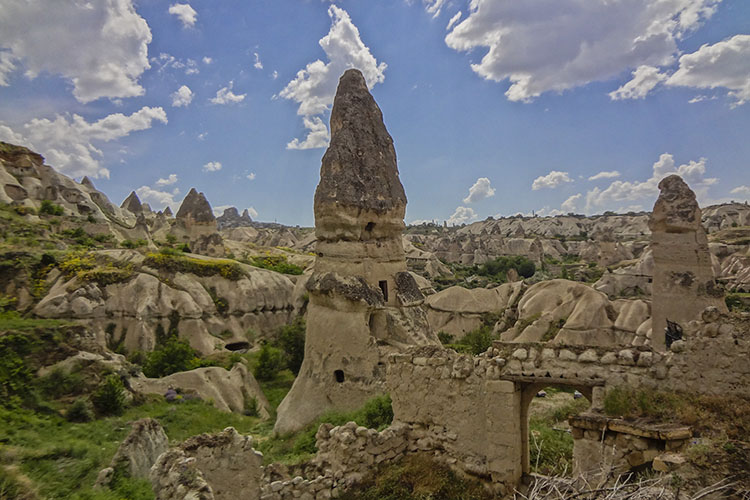 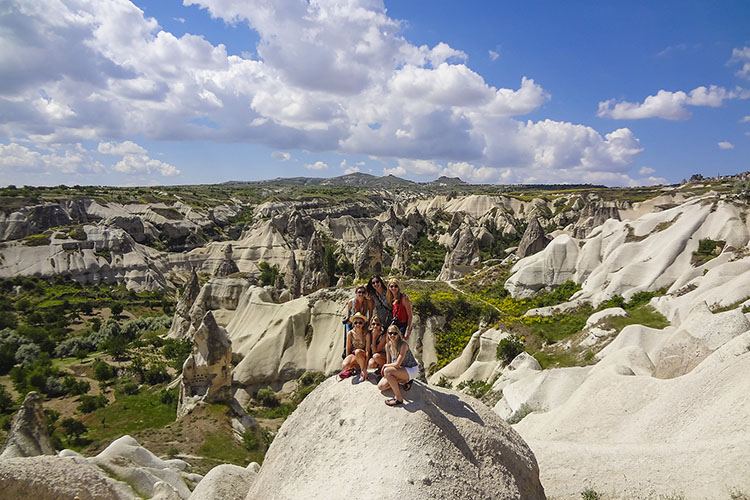 The landscape changed so suddenly as we entered the Cappadocia region to something Drumheller-esque, but completely unique in that it is full of cave houses & underground cities. I think it’s definitely a must-see for anyone in Turkey! 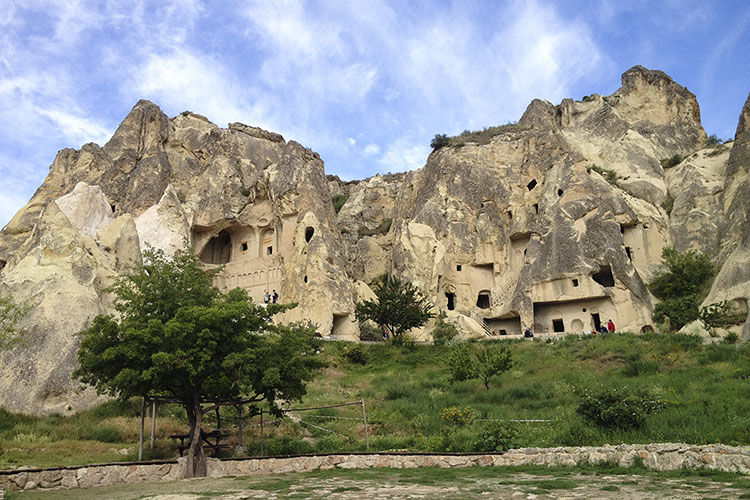 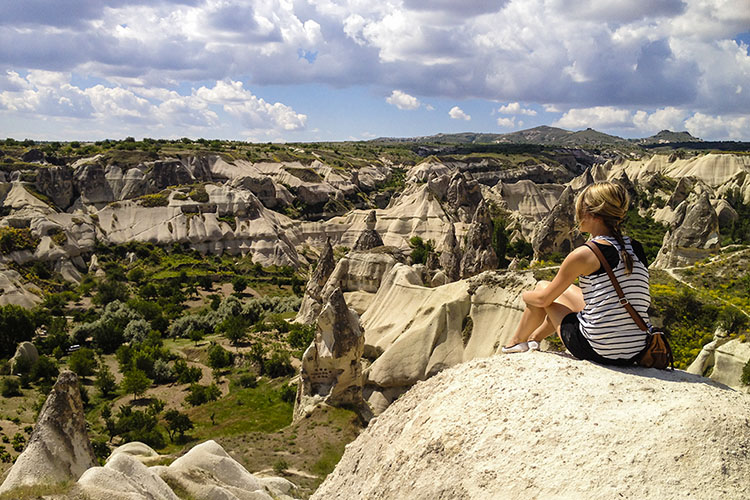 We’ve spent 2 days here after an overnight bus from Istanbul, so I thought I’d put up a post of everything together now…

Advanced warning of a science lesson: The tall rock formations (fairy chimneys) were created as a result of volcanic eruptions in the area that caused the accumulation of minerals of different densities. Once rain started pouring down into the little cracks, it carved the layers at different rates causing these interesting little pinnacles. 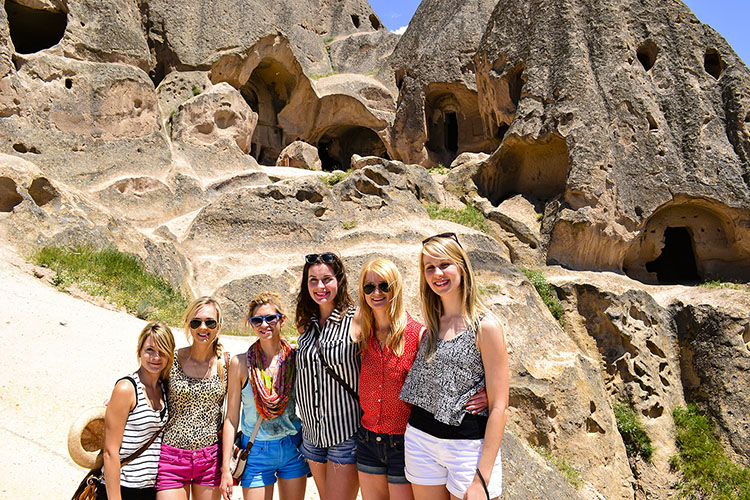 I’m always amazed by how much people could accomplish way back when they had so little! There are kitchens, schools, houses, and churches carved into these rocks around the entire region. I can only imagine how long this would have taken. 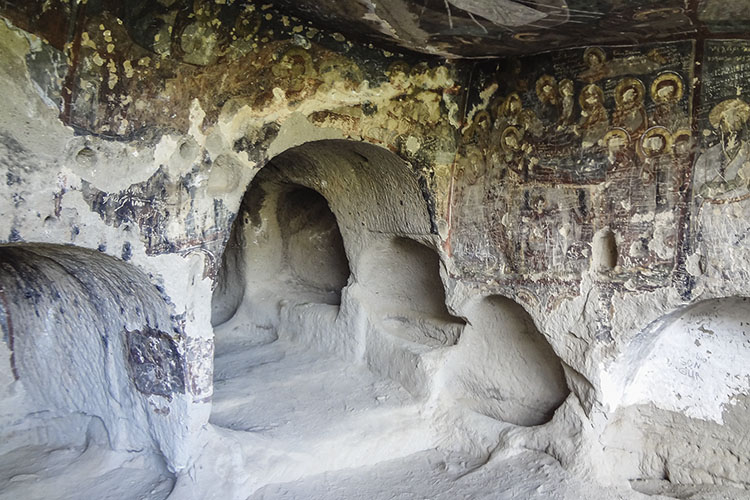 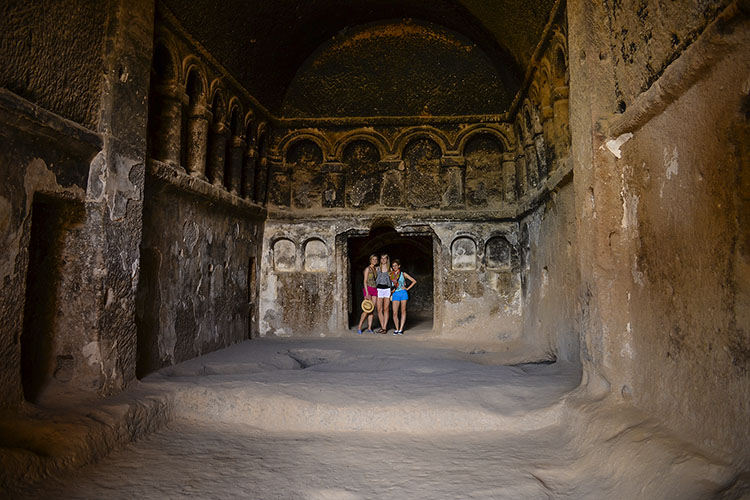 We spent the day hiking through the various valleys & gorges, and peaking into caves. It was fun to just a spend wandering & exploring. 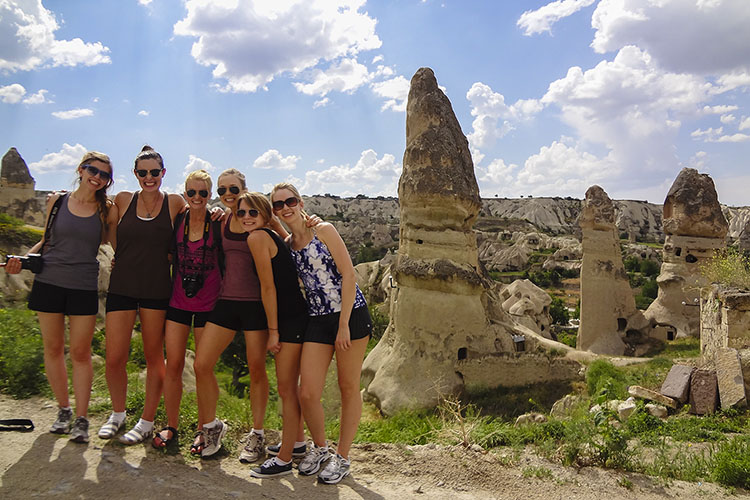 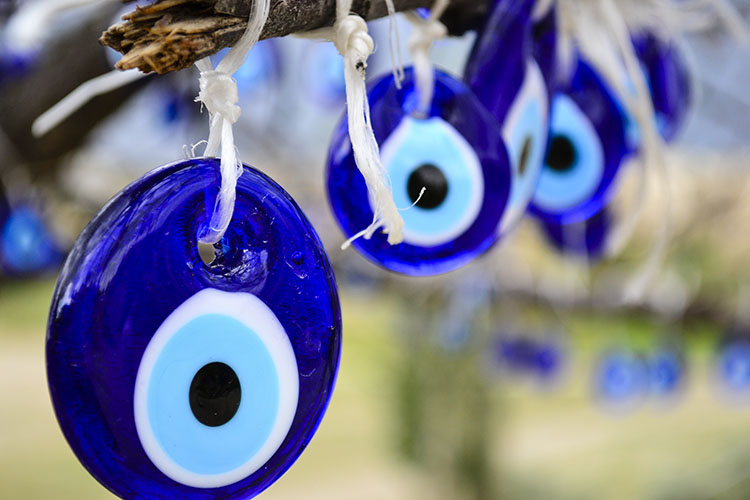 We also took a quick walkthrough one of the many underground cities in the region – all interconnected and previously used by early Christians as a hiding place before Christianity became an accepted religion. I never realized how many different cultures & religions were a part of Turkey’s history! 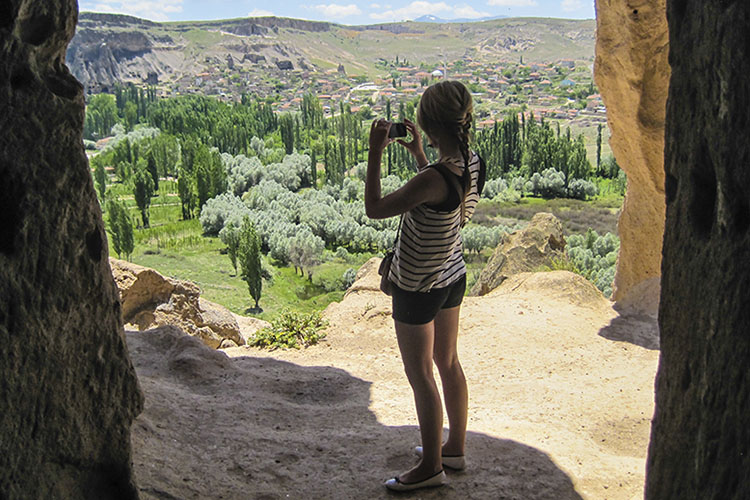 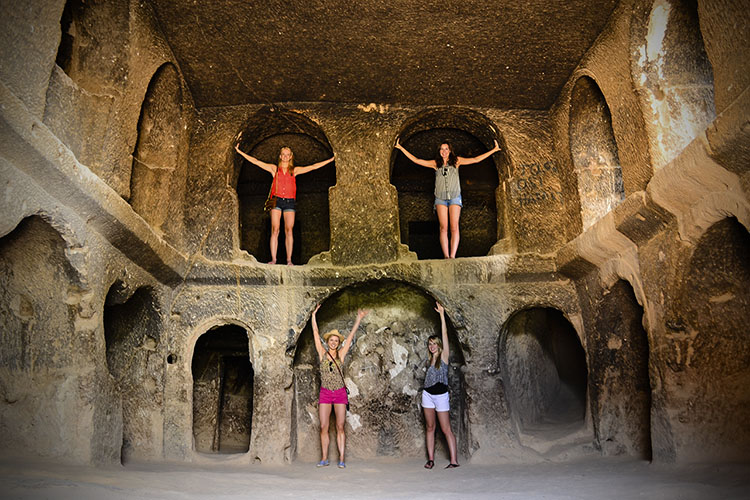 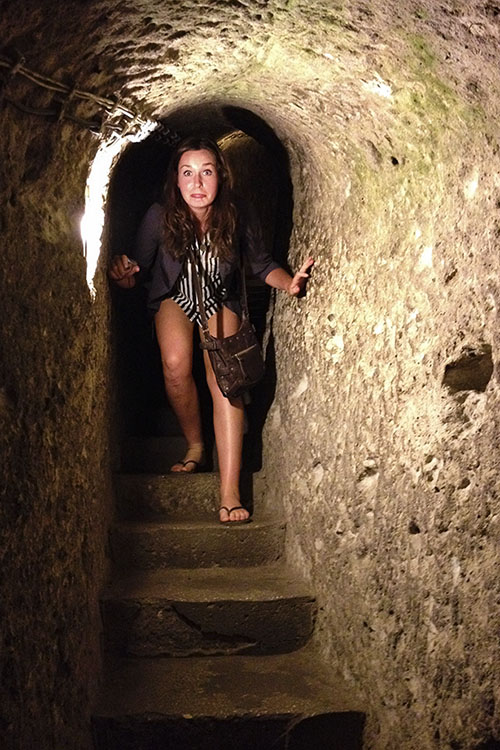