Stunning Pools of Pamukkale in Turkey 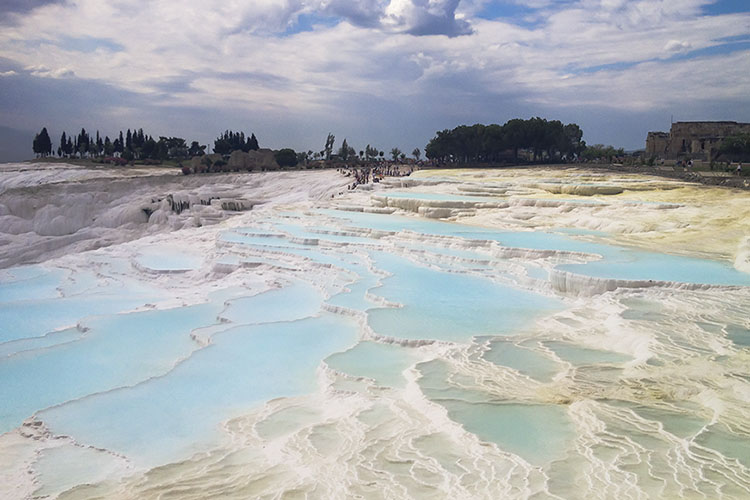 Every day when I think I can’t be more in awe of the landscapes here, I somehow find myself even more amazed the next day.

Today we went to Pamukkale Turkey – what could be described as the land of never ending infinity pools. 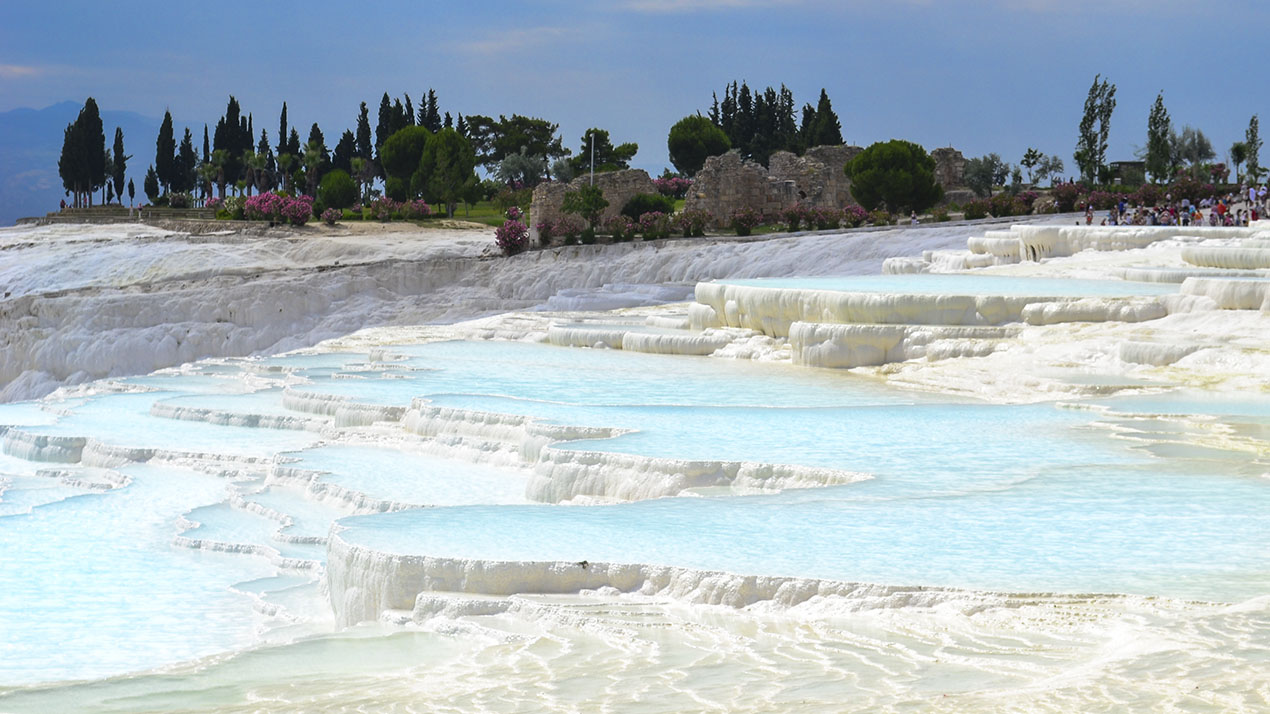 When I initially Googled images of the calcium salt travertines, I expected a couple of small pools. I wasn’t expecting a whole mountain side covered in snowy white calcium with aqua blue water running from top to bottom, filling little pools along the way. It was one of those stunning sights that make you stop and just stare in amazement! 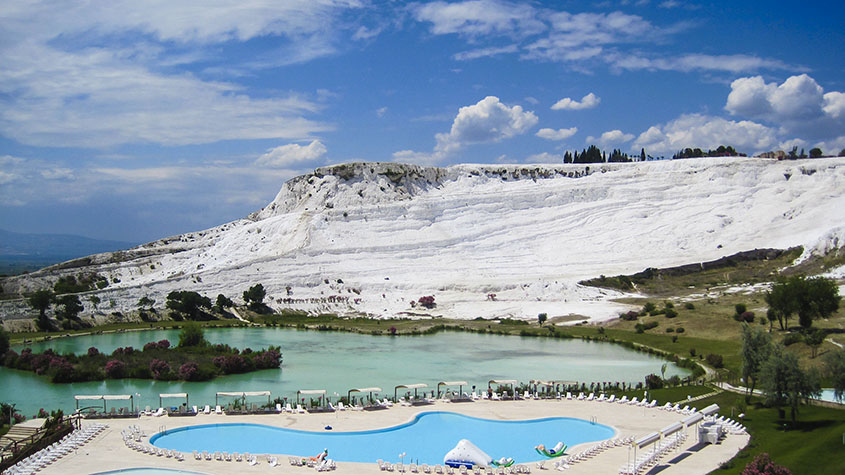 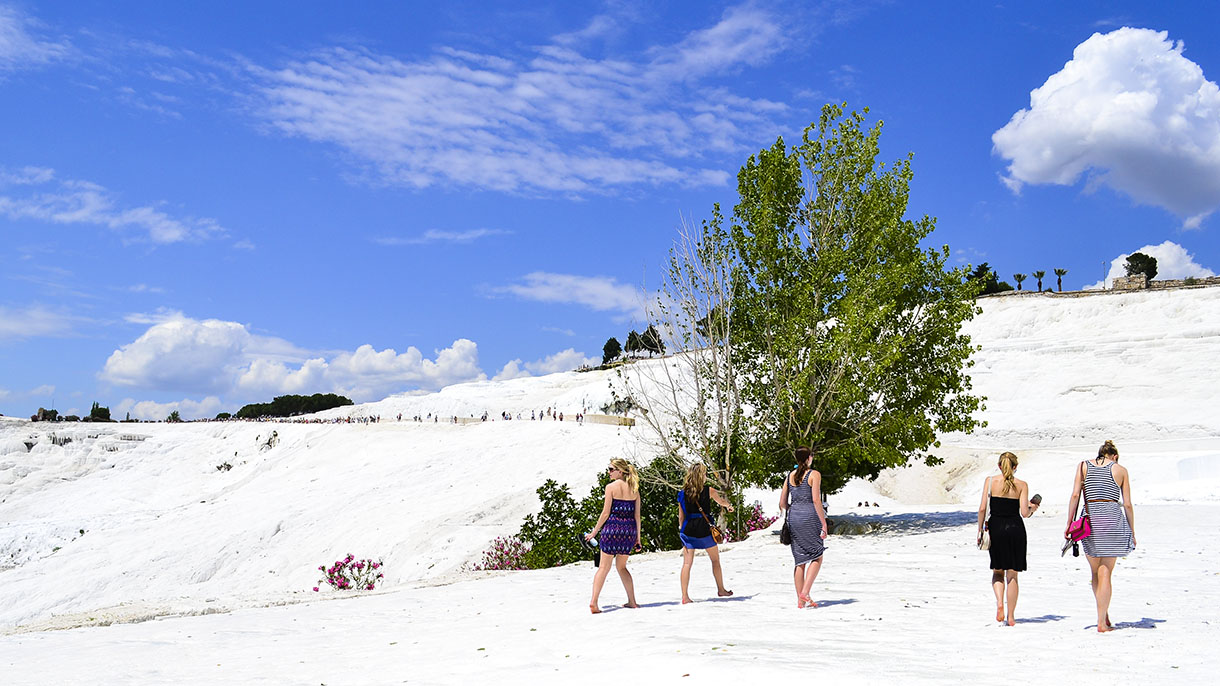 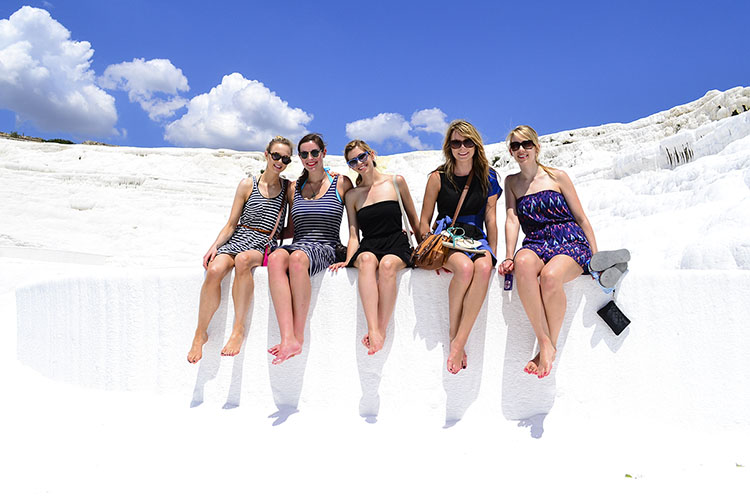 These again were formed by volcanoes (they create everything cool in nature by the way) by heating water underground and saturating it with calcium. Once the water bursts through the surface and reaches air, the calcium precipitates and sticks to the soil. It’s a crazy sight to see. 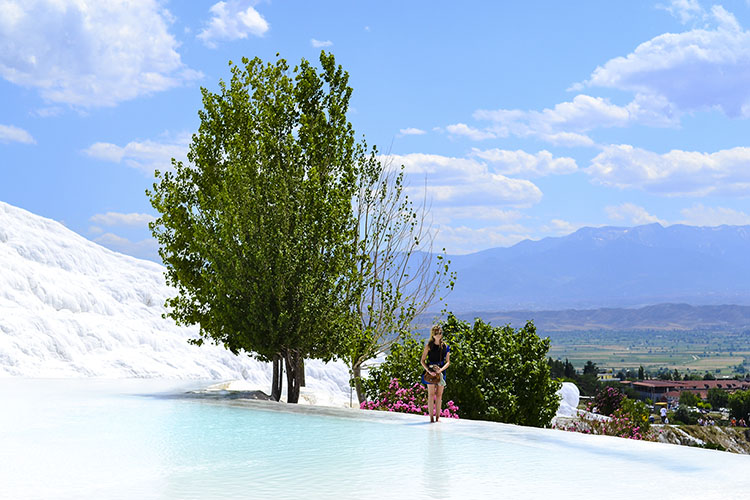 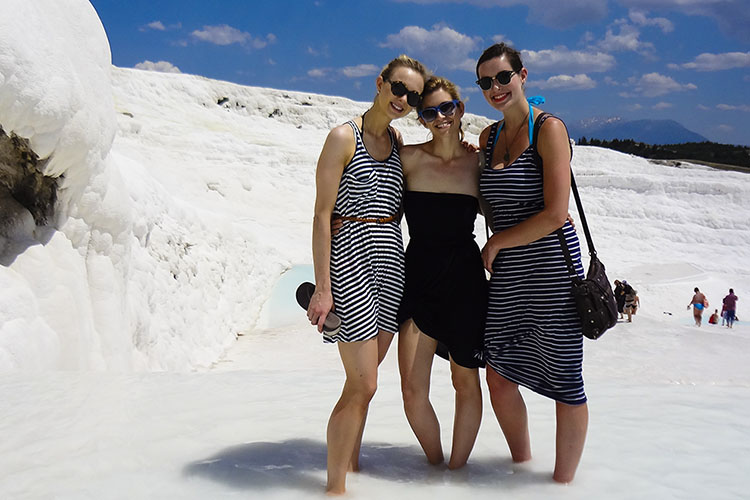 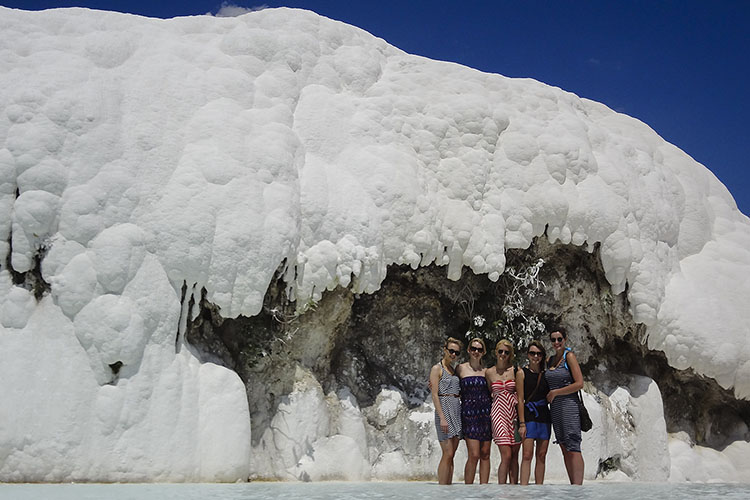 To protect the travertines you have to take your shoes off for the climb up. The calcium rubs off under your feet as you walk and in certain places you can find little pools of the softest calcium ‘sand’ to sink your feet in to. UNESCO doesn’t allow bathing but you can definitely wade in the overflowing natural pools (or take bikini glamour shots as we saw many tourists doing). 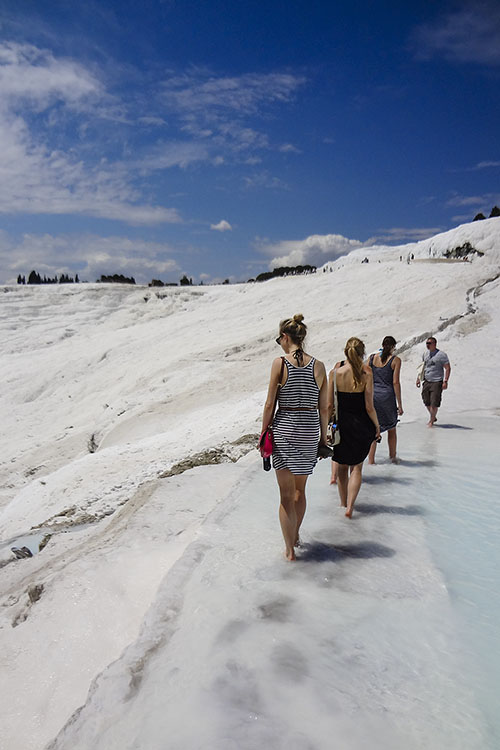 At the top of the mountain are ruins of an old Roman spa town, Hierapolis, as this place has been visited for thousands of years for its ‘healing’ properties (apparently you can cure hypertension, cough, constipation, and every other disease known to man). Once again I keep being surprised by all the different cultures that played a part in Turkish history. 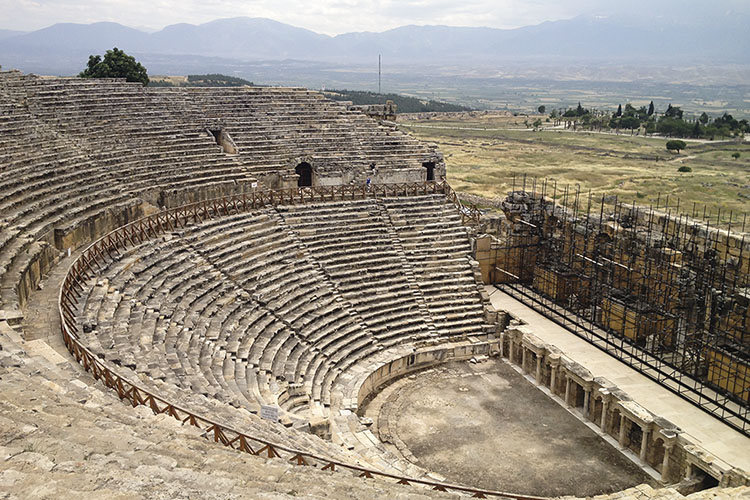 Other than this we spent the night in the tiny, run down town of Pamukkale at the bottom of the hill. We apparently missed the memo on staying in the fancy luxury town up the road (kind of like we did in Phuket in Thailand) so we were some of the few tourists here. Thus, word spread quickly about our arrival and everyone seemed to know who we were before we even wandered the streets once. The “Canadian actresses” arrived and we had photo-ops everywhere. It gave us a good laugh, and hoped at least we may have brought some new faces to the town.

After just one day here we’re heading to the Mediterranean coast (Fethiye) to begin our island touring. It’s been so hot that we’re very excited frolic in some water!