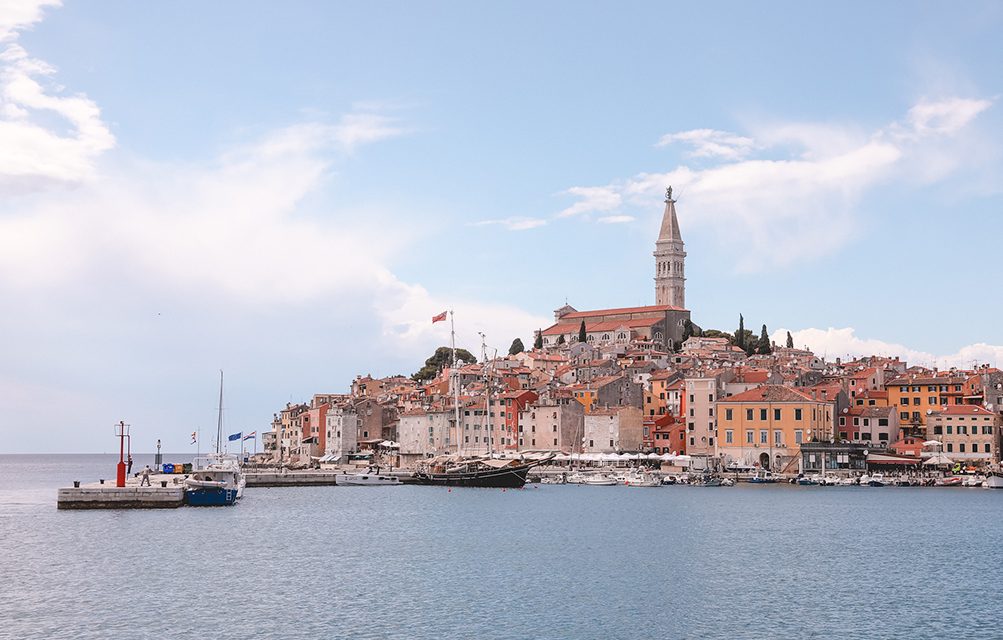 Rovinj is a small town on the Istrian peninsula of northern Croatia, and is known as one of the most picturesque towns in all of Croatia. The town has even been listed as one of the world’s most beautiful coastal towns. 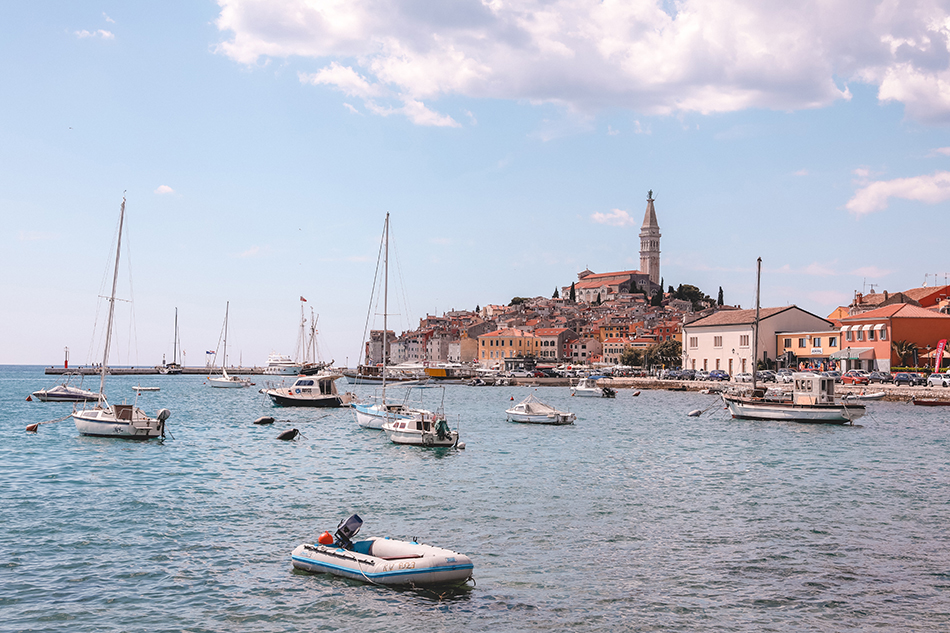 And none of that is hard to believe when you step into the charming city, with its Old Town of pastel houses and art-filled cobblestone streets, all climbing towards a pretty church on the hilltop overlooking the town. The port is full of small fishing boats, with a promenade of bustling restaurants and cafes where patrons can be seen enjoying fresh sea food with an Aperol spritz. The town gets lively in the evening, as people share libations on the rocks overlooking the sea. 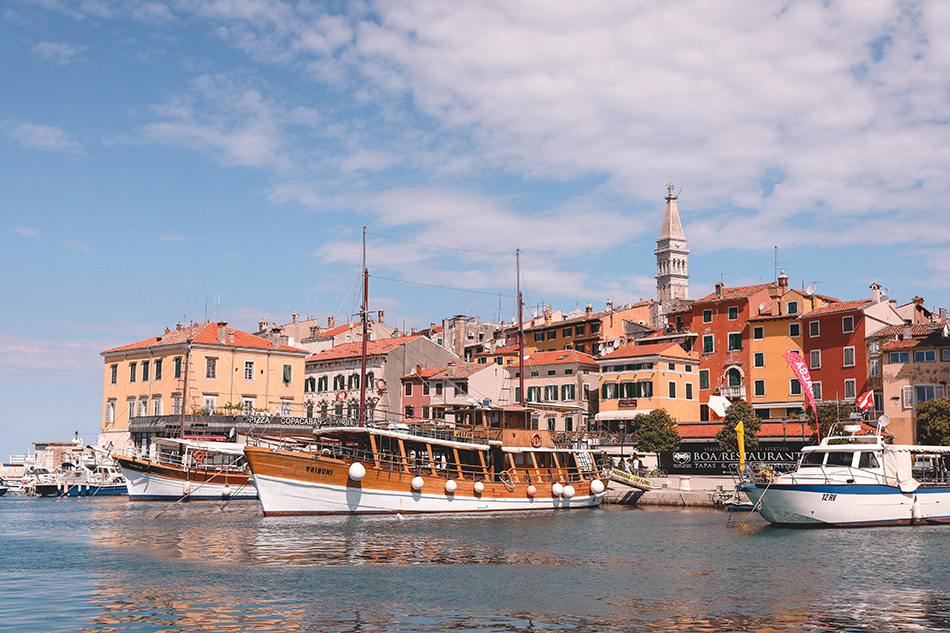 Rovinj is definitely a vacation destination in every way, and thus the population explodes in the summer time. Our arrival in June seemed great in terms of timing: the weather was good, but the crowds and prices were still manageable.

We spent our daytimes at the beach. Rovinj has a number of pebble beaches to choose from, the best ones found a 1.5 km walk from the town center in Golden Cape (Zlatni rt) national park. The park is full of big cedar and pine trees, which provide much needed shade during the hot summer days, as well as a number of nice walking and biking paths. Between the trees and the sea are several small coves and beaches, many of which feel more quaint and quiet. 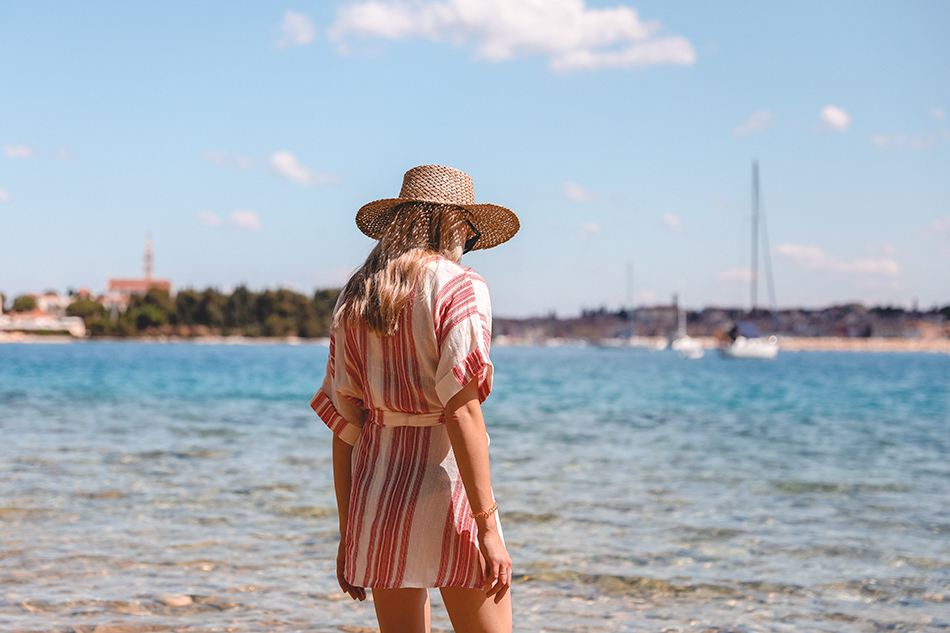 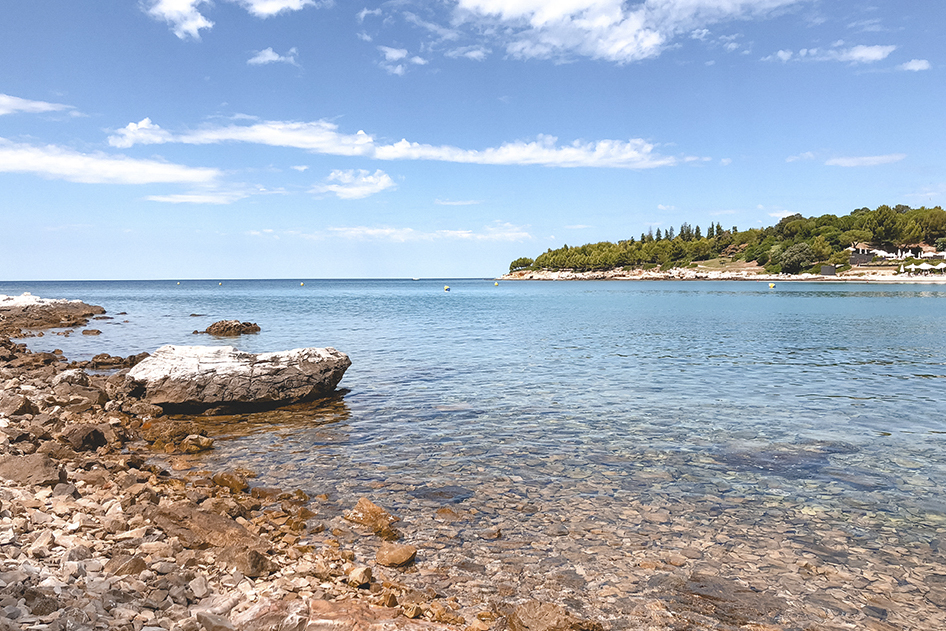 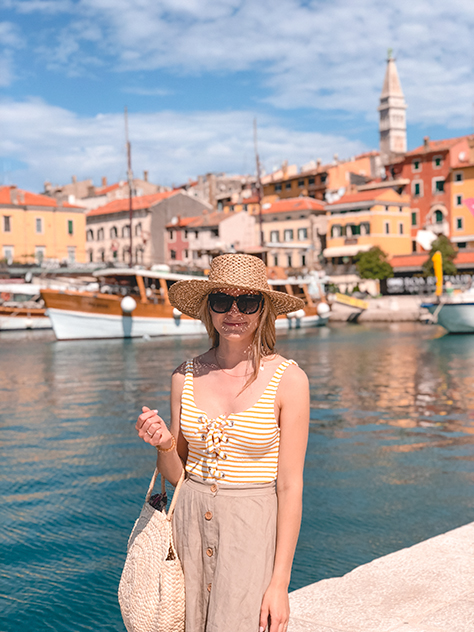 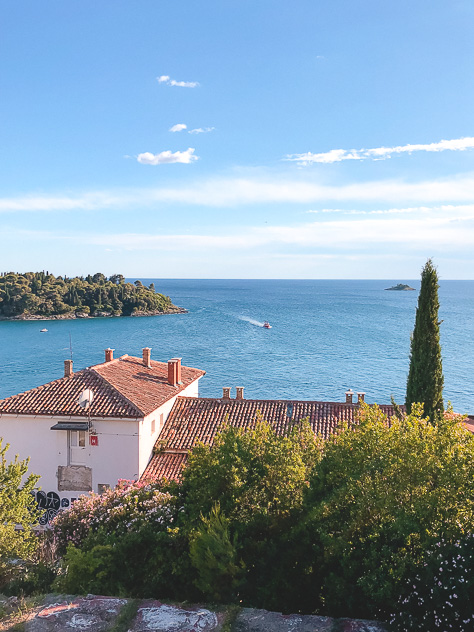 There are also several nearby islands a quick taxi boat ride away, including Katarina Island and Red Island. We spent a day at Red Island which was great, but not that much different than the beaches that can be found along the coastline of Rovinj.

In the evenings we explored Old Town, a car-free area that makes up the small peninsula Rovinj is on. Old Town evokes a feeling of romance, with it’s Venetian-style houses that extend from the harbor to the hilltop. The area historically was a part of Venice, so it’s not a suprise to see its heavy influence. 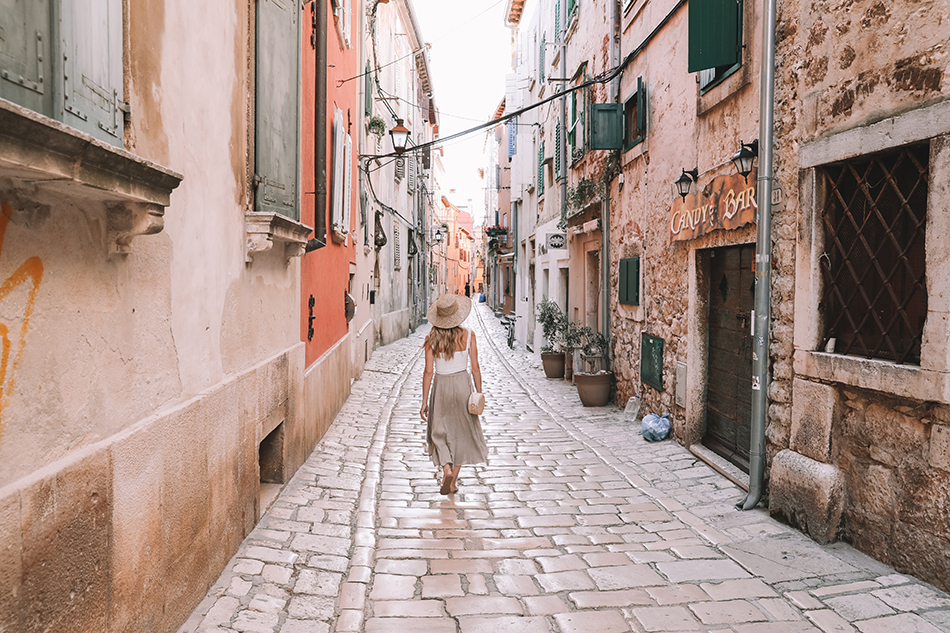 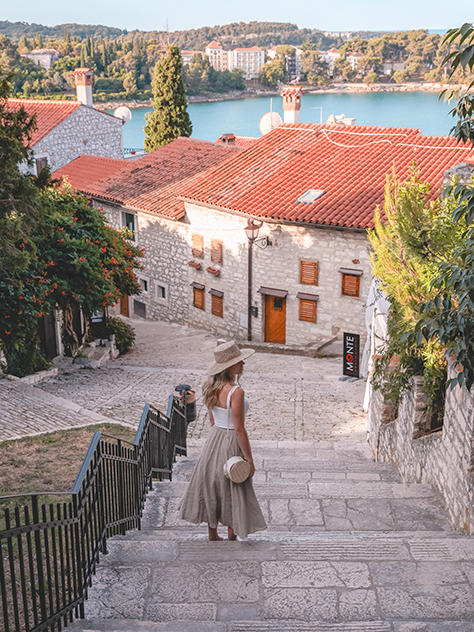 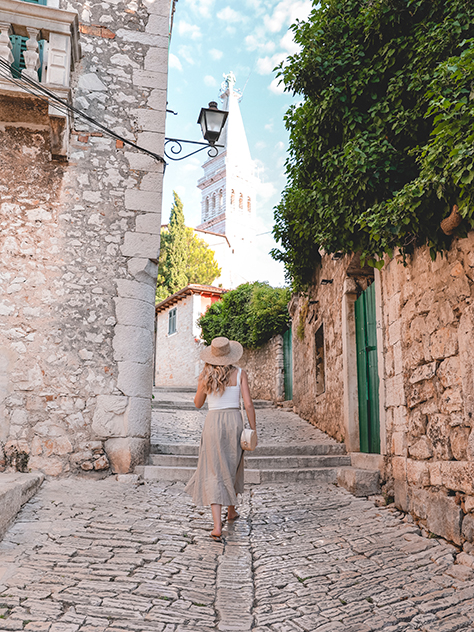 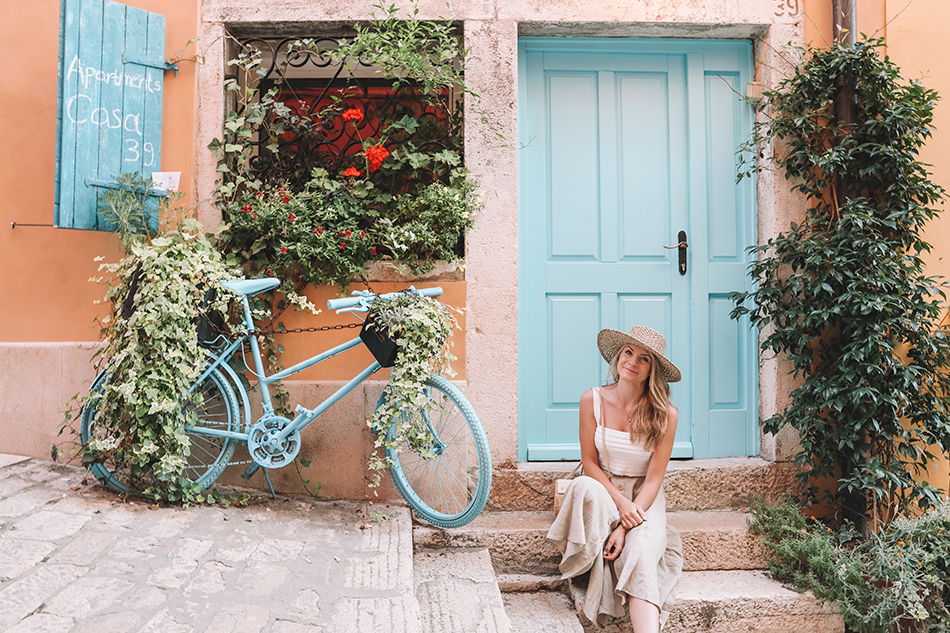 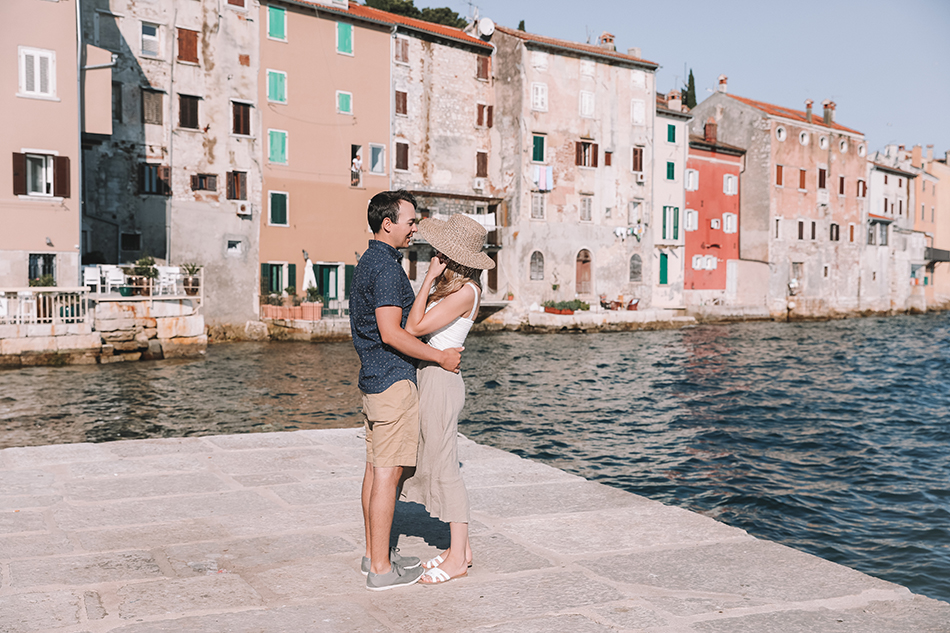 Many of the buildings in Old Town are pastel in color, with clothing lines criss-crossing over the narrow streets and laundry drying in the gentle breeze. It’s all very dreamy. 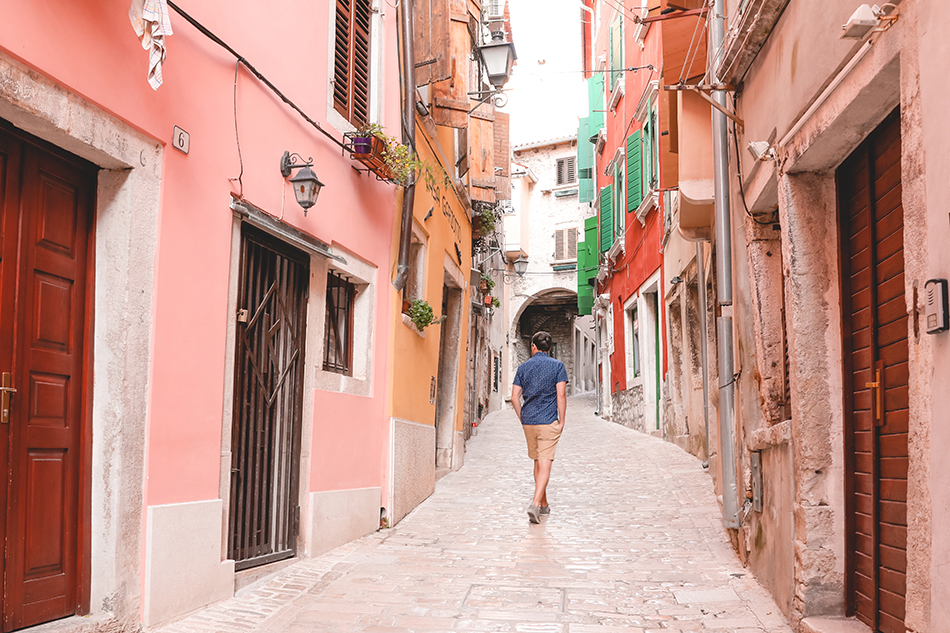 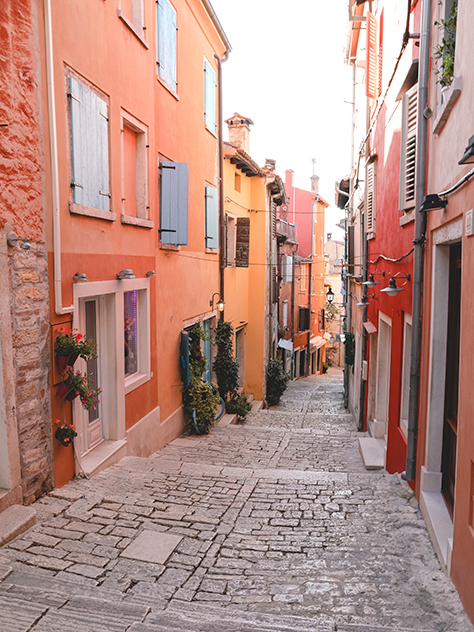 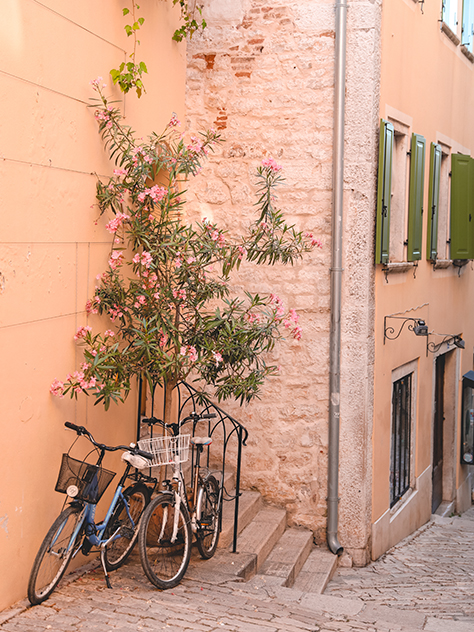 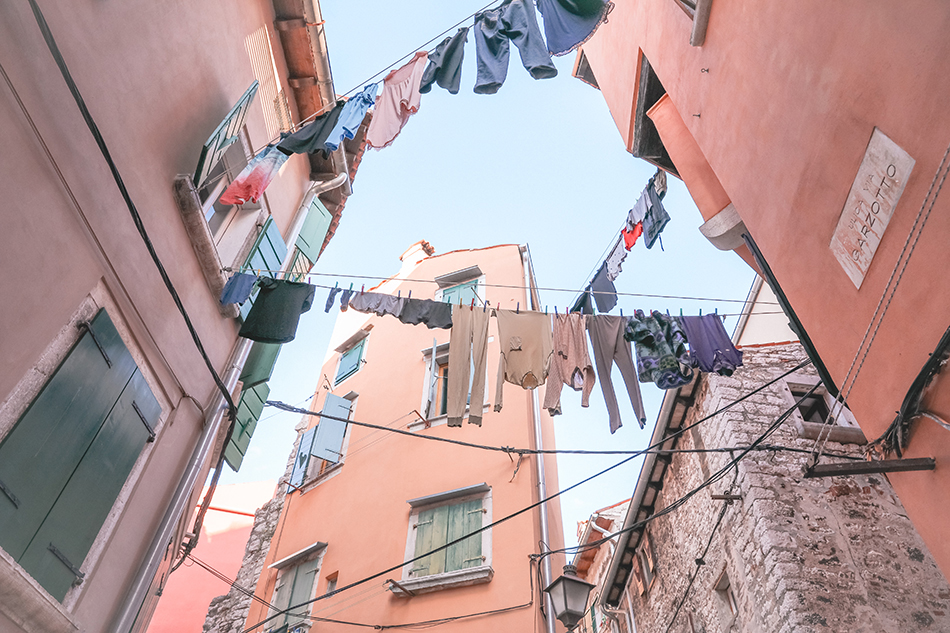 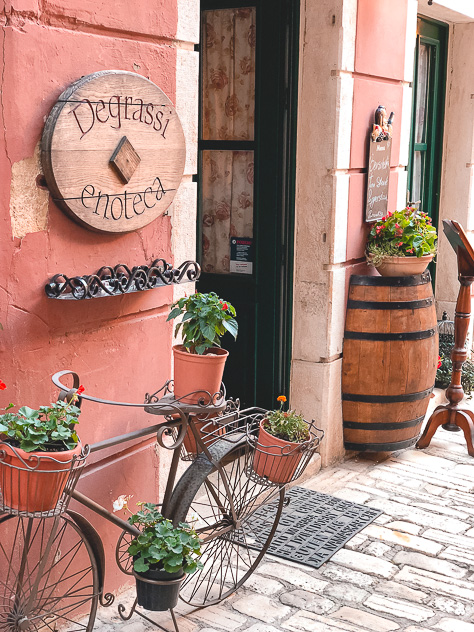 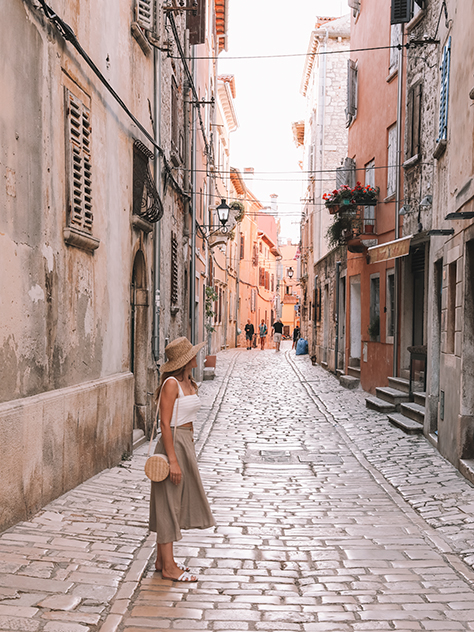 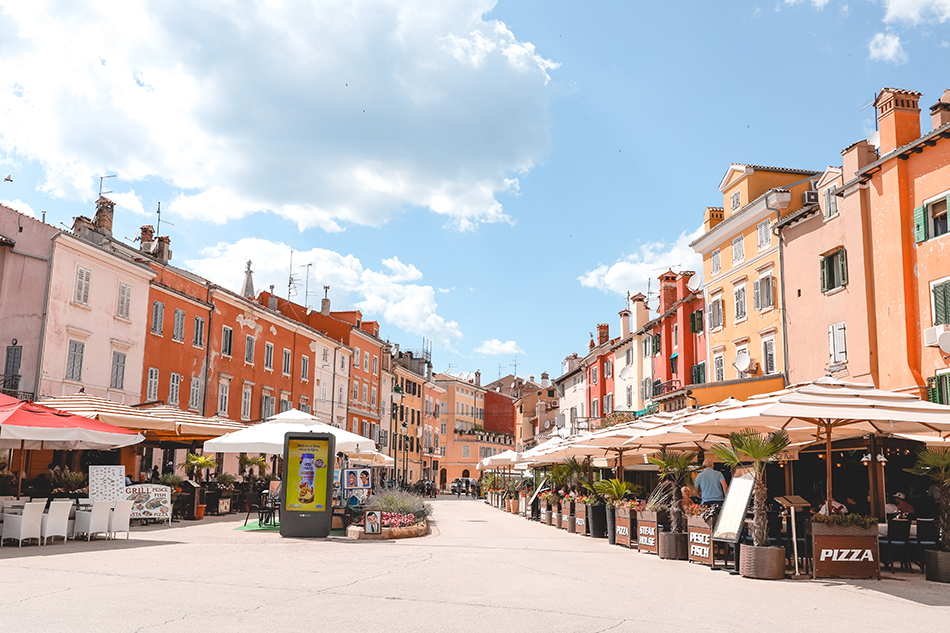 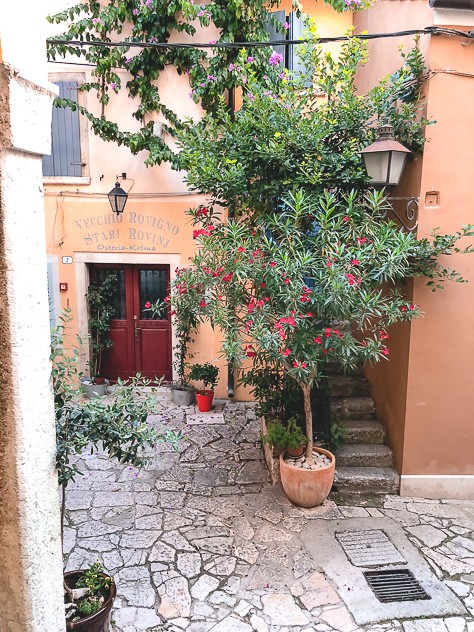 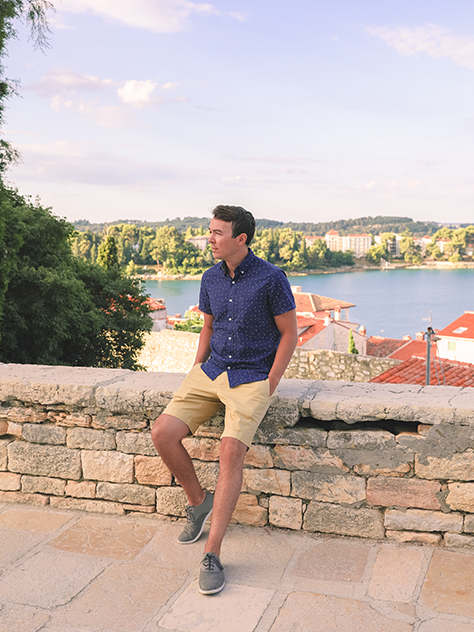 Along with the Venetian architecture, Rovinj also kept much of the fresh mediterranean coastal cuisine. Fresh seafood, oysters, cheeses, wines, and our favorite – truffles. We spent our nights outside enjoying dinners that were much too gluttonous for our own good. It’s hard not to want to indulge in multiple courses sitting at restaurants like Puntalina, where your outdoor table is situated on the rocks overlooking the sea with the sun setting along the horizon… 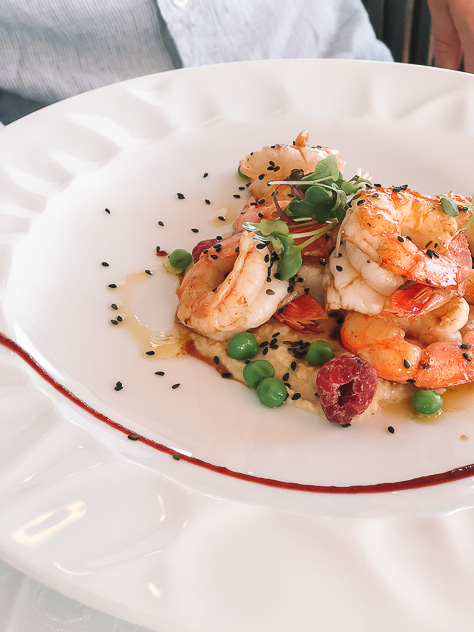 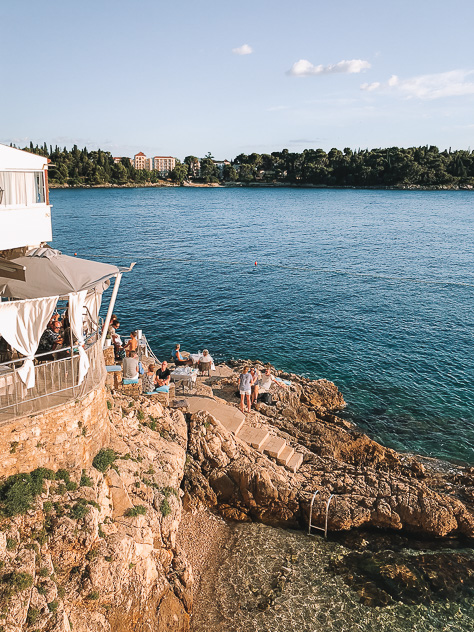 Food: Cafe Rio for a casual restaurant located right on the pier with great local food. Puntalina for a romantic dinner on the rocks overlooking the sea.

Sights: Walk to Zlatni Park, where you can bike, hike or enjoy the beach. Explore Old Town in the early morning or late evening, and take in the stunning views from St. Euphemia church on the hilltop. Take a boat ride to any of the nearby islands to escape the crowds, including St. Katarina or St. Andrews.