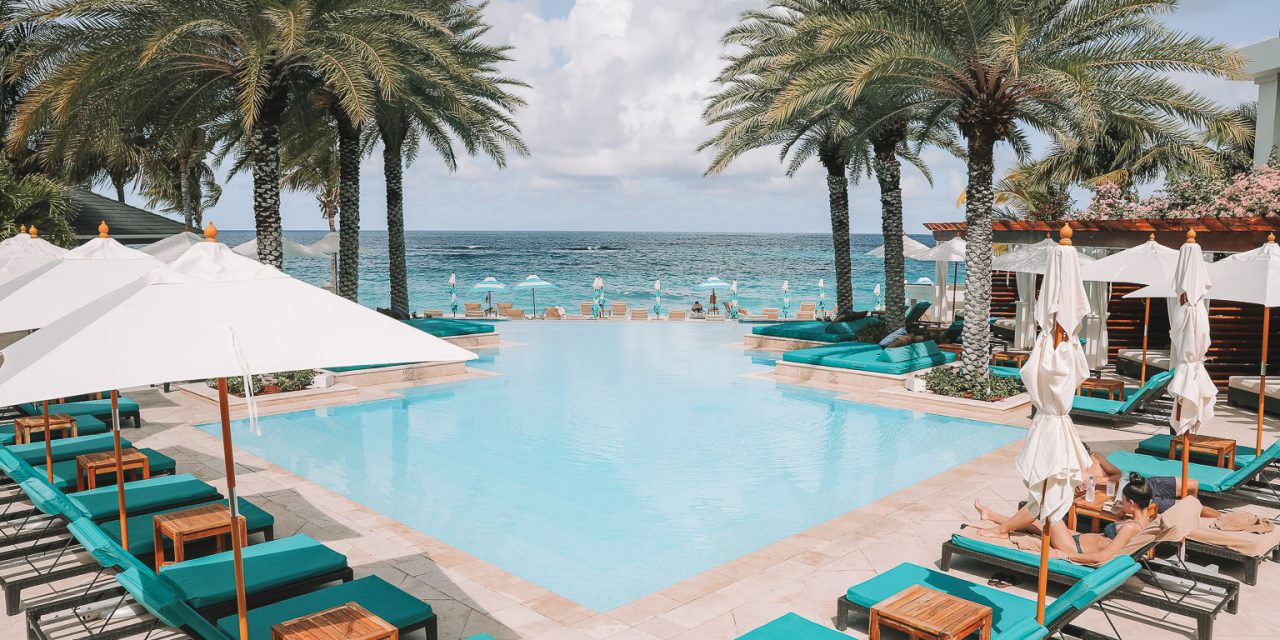 We touched down at the Clayton J. Lloyd International airport (could that name be more British?) with our two co-passengers. The four of us walked across the tarmac into a modest airport wondering if we were the only ones who decided to vacation here. There was not a soul in sight. We awkwardly stood at one of two empty customs counters for a few minutes, until eventually an officer strolled into the booth to welcome us to Anguilla. 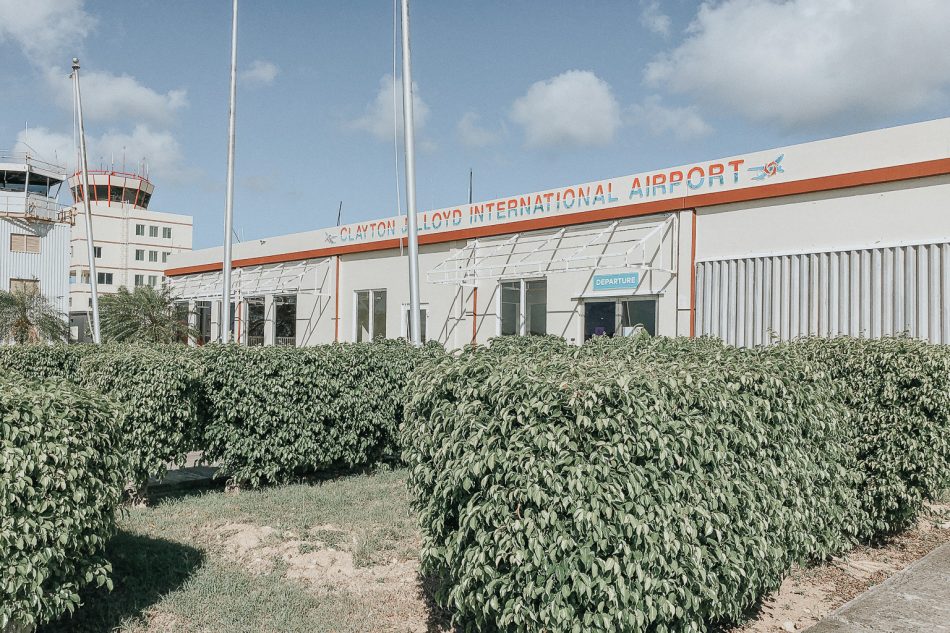 After stepping out of the airport that felt like it had opened only for us, we stood outside looking for our rental car. A group of local men were huddled together nearby, smoking and exchanging stories. Upon finding out what we were waiting for, they all collectively said “Oh Andy… yes Andy… he’ll be here soon”. The island clearly has a community vibe, and we were liking it.

When Andy eventually showed up in his flip flops and set us up with our retro car rental, we – for the first time – endeavoured driving on the left side of the road. On our own, it didn’t take long to adjust (well, apart from Shane turning on the windshield wipers every time he meant to signal a lane change). But each time a car came around the corner in the oncoming lane, my heart skipped a beat, assuming they had veered into our lane and a collision was impending.

Adjusting to our new road conditions kept us entertained; which was good, because the drive was less than inspiring. I should tell you at this point that from afar, Anguilla is unassuming. The island is long and flat, like a pancake in the ocean. Next to the neighbouring mountainous islands like St. Martin or St. Barts, Anguilla looks a little bland. And driving through the centre of the island doesn’t help that impression. Sparse, barren vegetation, few buildings. We later learned we had driven through the most bustling area of the island, ironically termed “the strip”. Looking back on the drive, I still wouldn’t be able to point out where along the road that was.

Eventually, however, you hit the coast. And then you realize that is where the magic begins. 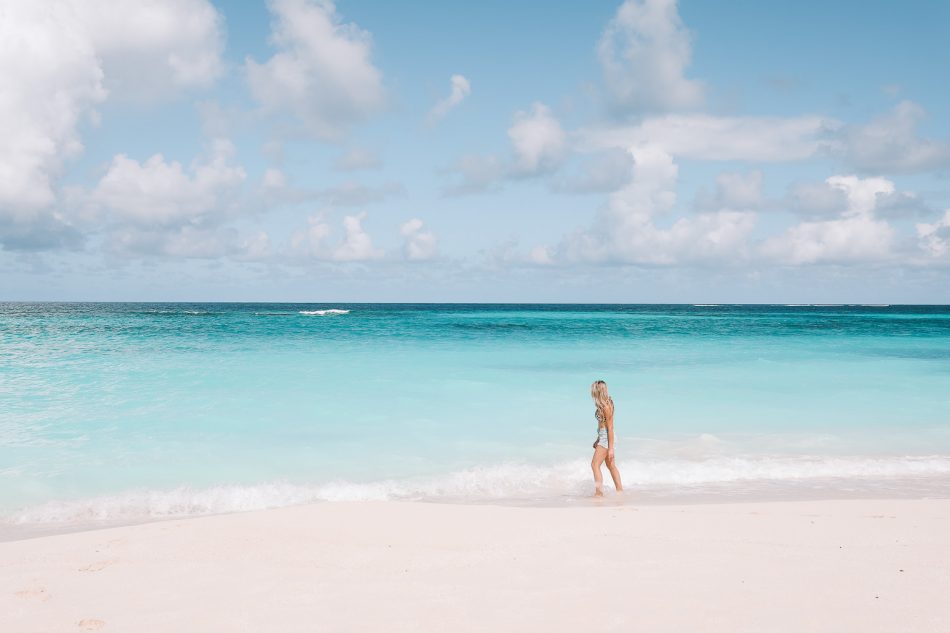 Within a few minutes, we were charmed. The locals are so warm, welcoming, and excited to share their beautiful island with visitors. We were immediately asked how we found out about “the Caribbean’s best kept secret”. And it didn’t take long before we came to feel the same way.

Most Beautiful Beach in the Caribbean

Shoal Bay is listed among the top beaches in the world and the best in the Caribbean. We were lucky that our hotel was one of the few located right on the Bay, and we were greeted with clean white sand beaches and clear aqua waters upon arrival. 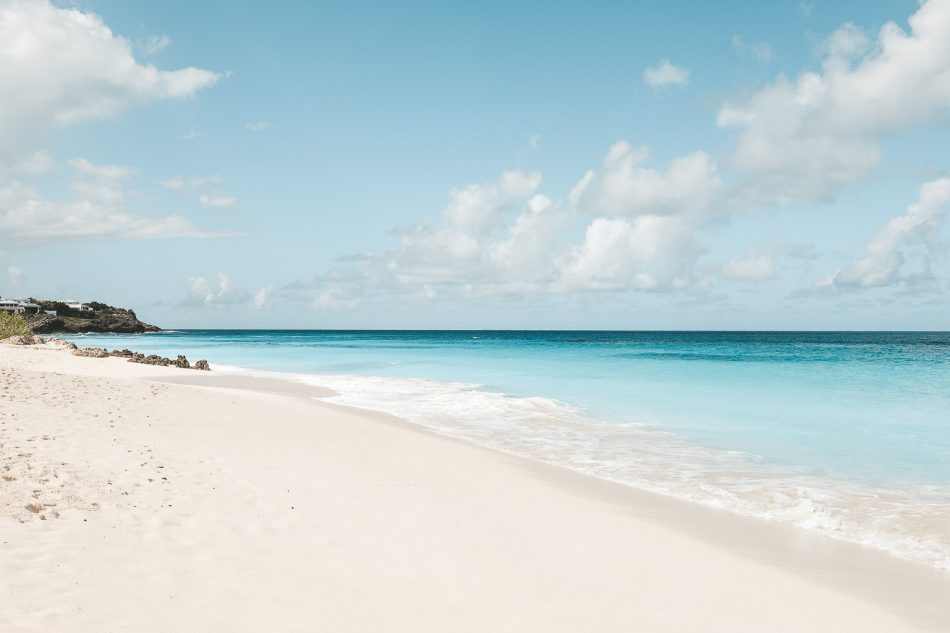 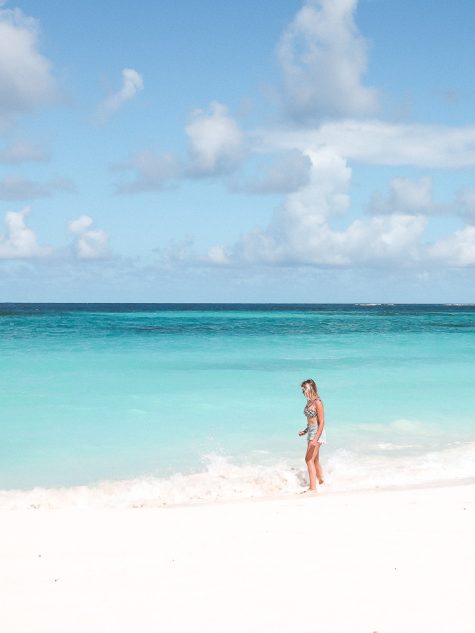 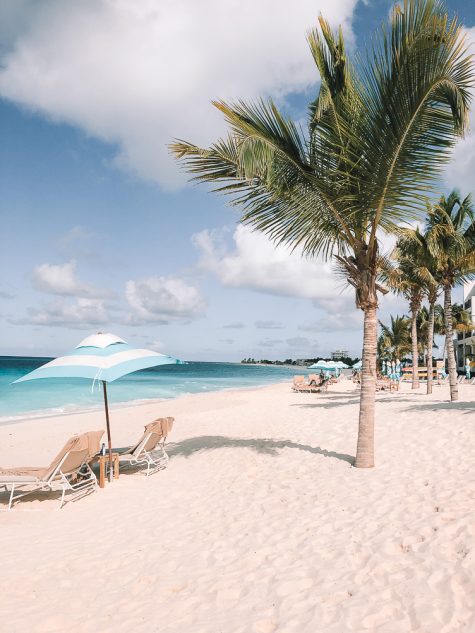 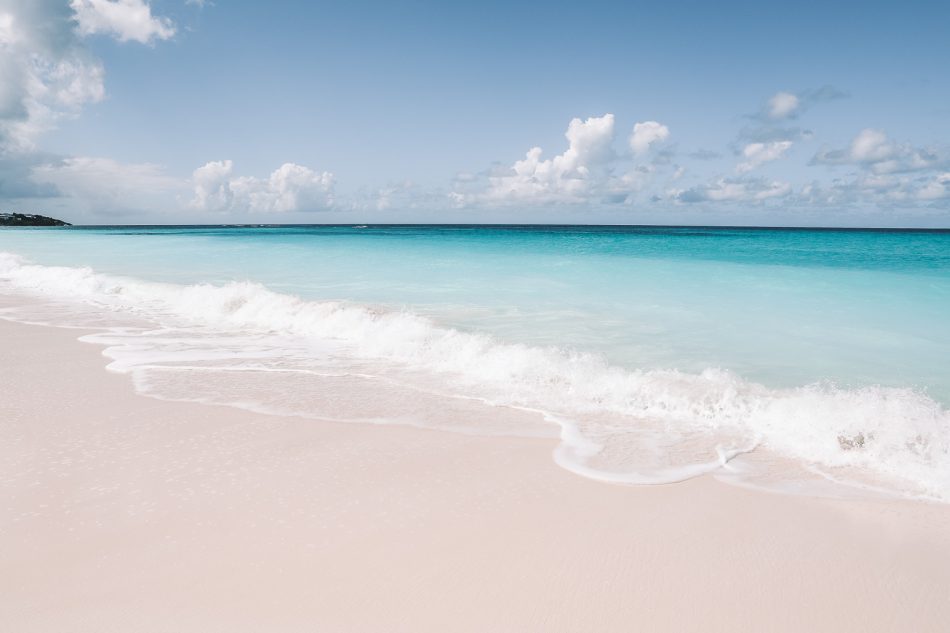 There were few other tourists in sight, and we wondered how we were some of the few to have discovered this beautiful place. 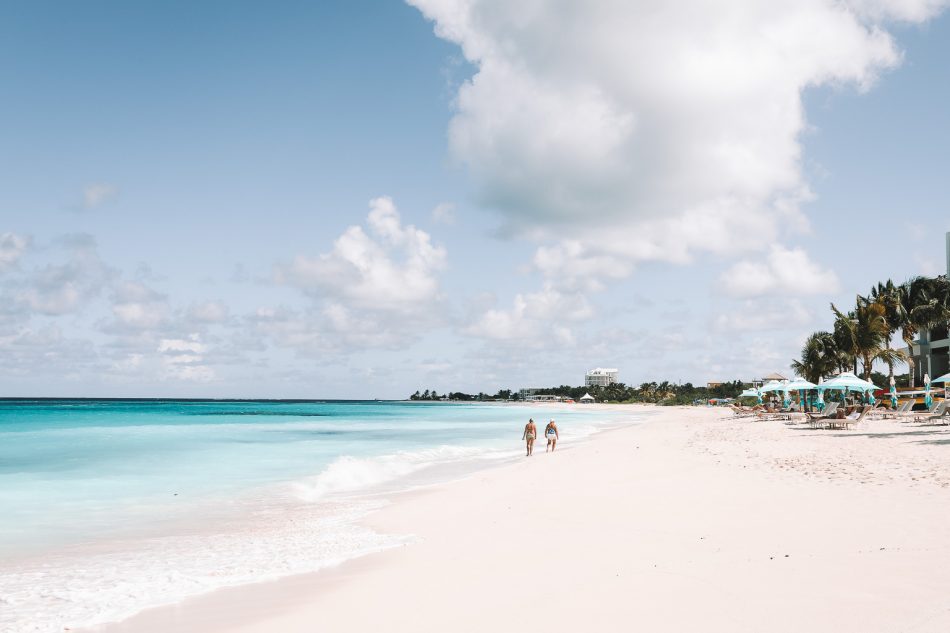 Anguilla: Part of the United Kingdom

Why were we driving on the left side of the road? Anguilla is a British overseas territory, under the jurisdiction of the United Kingdom with Queen Elizabeth as their head of state. English is the primary language, and the main currency is the US dollar. Cricket and rugby are popular sports.

All of this makes the transition from North America very easy, as there is not much to adjust to in terms of language or currency. Plus, coming from St Barths, the prices suddenly seemed so reasonable that we were tempted to order every item off the menu! This was refreshing and made us feel significantly less guilty having a lunch out or enjoying a drink on the beach. 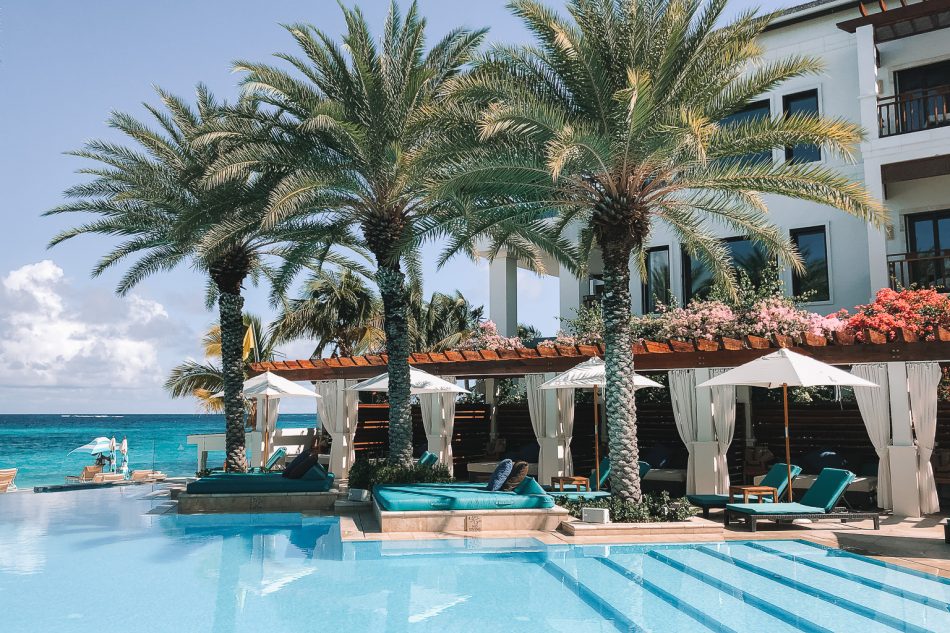 As mentioned, our hotel, Zemi Beach House, was located right on Shoal Bay! There are only 1-2 other hotels on this beach; the remainder of the Bay is natural and unpopulated, which makes it feel really special. 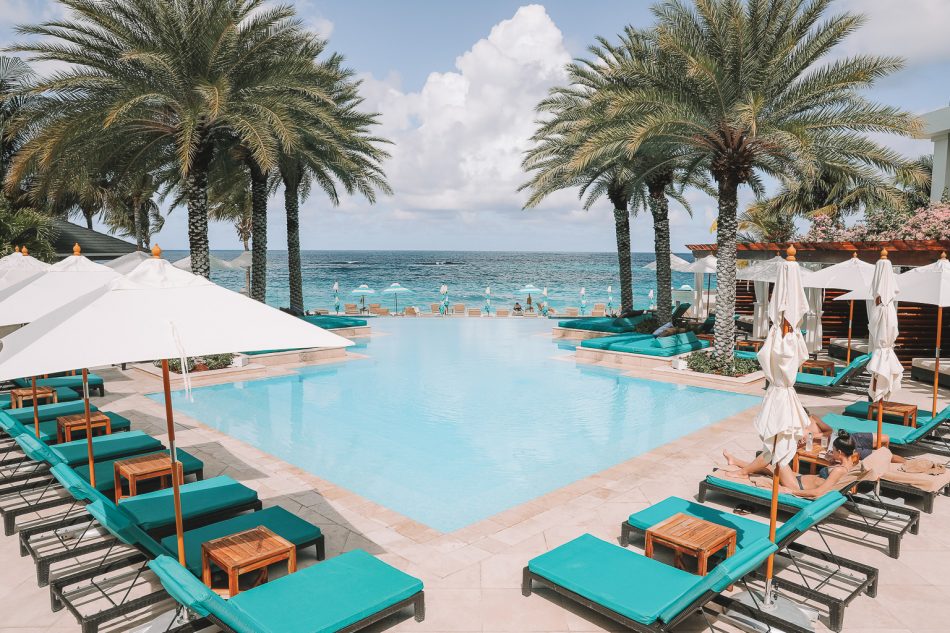 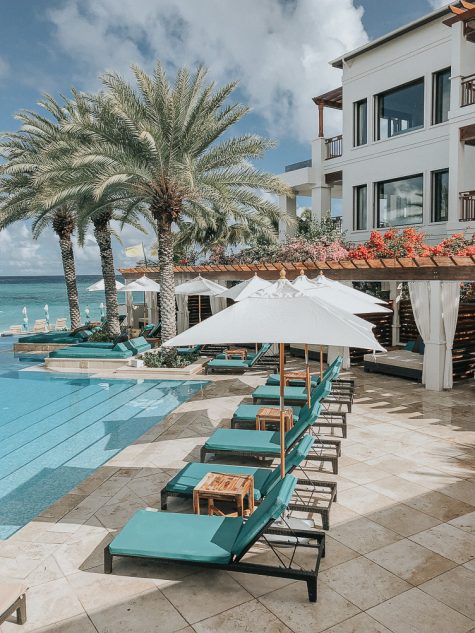 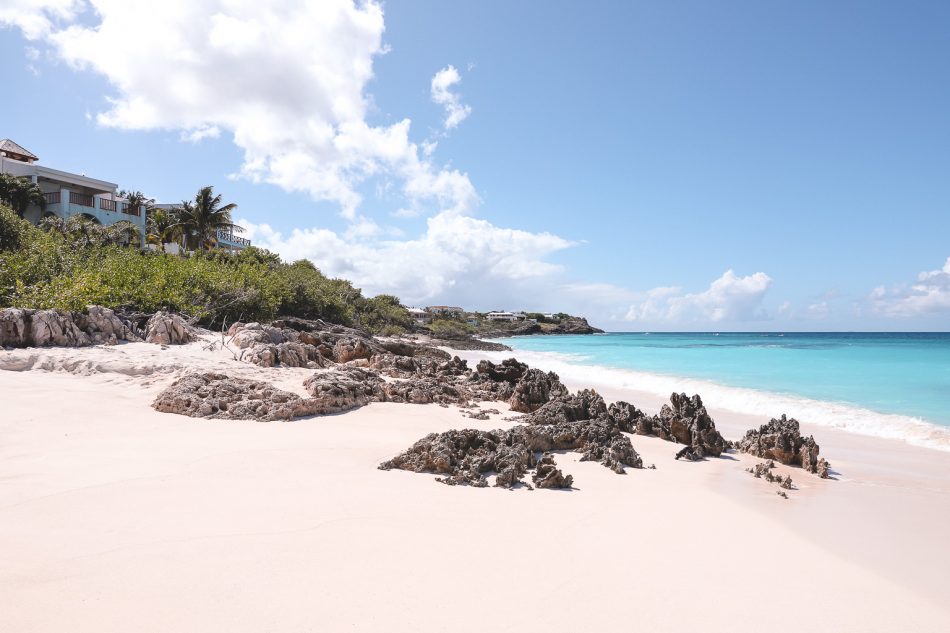 A Little Rum Never Hurt Anybody

The origins of rum are unclear, but its link to the Caribbean is undisputed. When Columbus brought sugar cane to the Caribbean, a problem was soon discovered. After crushing the sugar cane to obtain its juice, then boiling it until the sugar crystallized, a thick syrup was left behind. This byproduct – soon to be known as “molasses” – was a huge pain. No one wanted anything to do with this thick, tarry syrup.

Until one day, when someone decided to try distilling molasses. Voilà, rum was born. To me, rum has never been that exciting. It makes me reminisce on university days with colleagues throwing back a rum and coke at the bar. But it all changed when we found ourselves in the Caribbean, at a hotel, with a rum bar.

Late one evening, after a nice dinner on the beach, we strolled into this swanky bar and sat right in front of the bartender – a rum connoisseur. Before I knew it, a sniffer was placed before me with a shot of dark rum. Hours went by, multiple glasses were consumed, and we suddenly appreciated so much more about this dark spirit and its Caribbean roots. 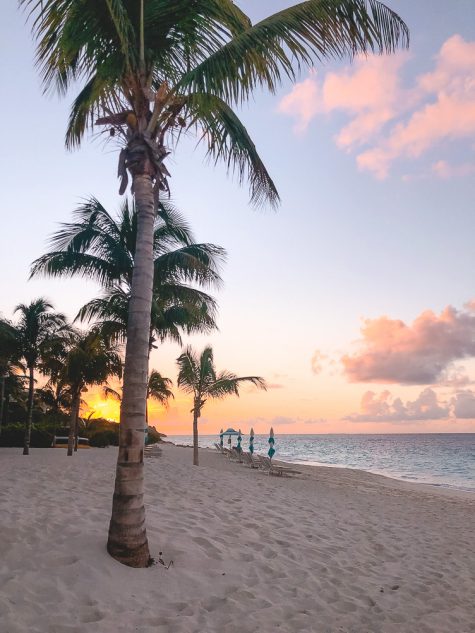 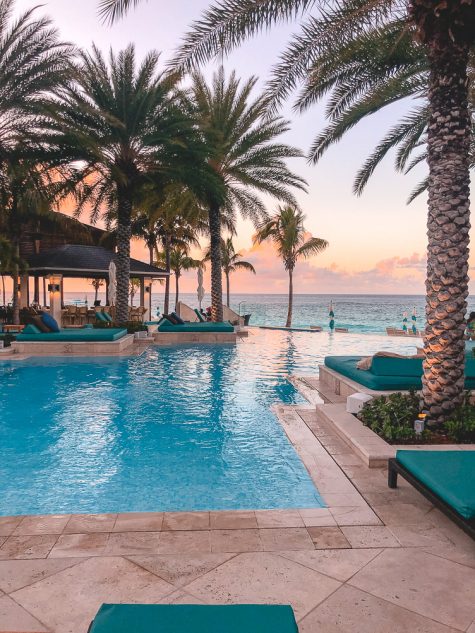