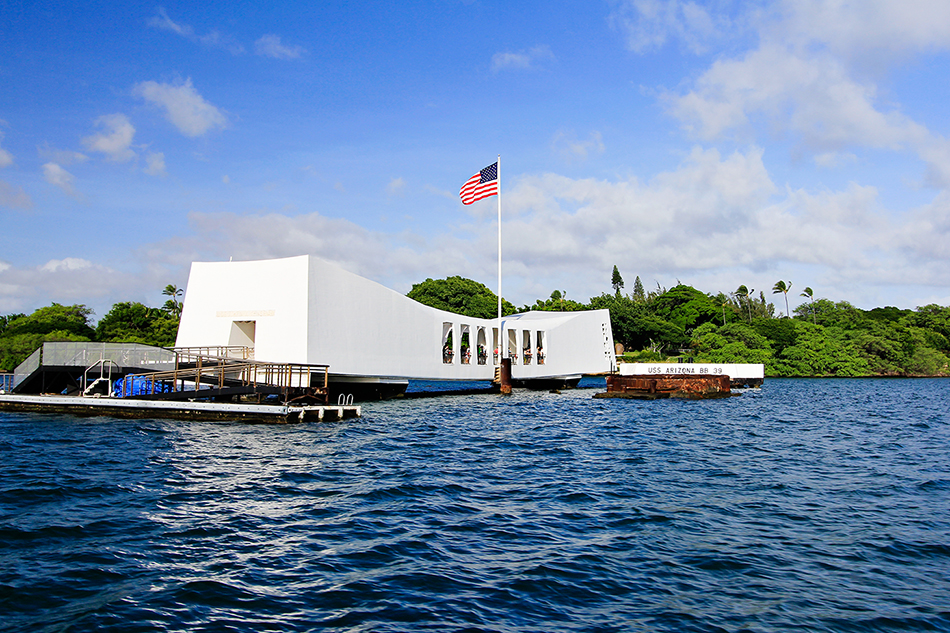 It seemed appropriate to spend Remembrance Day at Pearl Harbor: the harbor that was suprise attacked by the Japanese during World War II, resulting in the death of over 2500 people and consequently, in the United States joining the war. 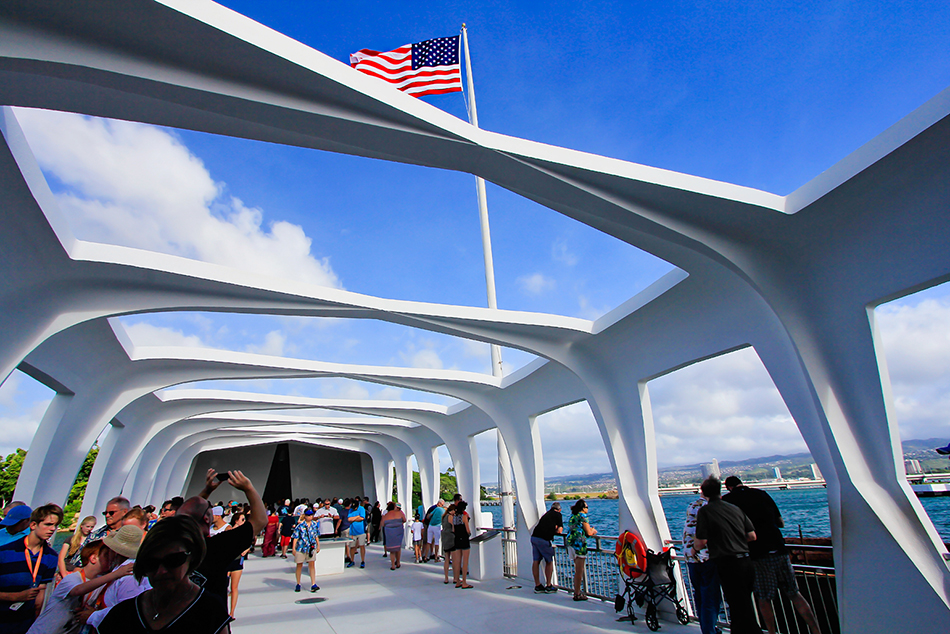 During World War II, Pearl Harbor was used by the United States as the headquarters for their Pacific Fleet, including 8 massive battleships, their navy, and over 200 planes. As isolated as Hawaii is in the middle of the Pacific Ocean, the US never expected an attack and their navy was relatively unprotected.

The Japanese saw this as a perfect opportunity to strike, and on December 7, 1941, launched a massive surprise attack on the island. Their planes bombed the island, sinking all 8 battleships and destroying most of their airfields. Over 2500 people were killed and 1000 injured during the 2-hour assault.

One of the largest of the battleships, the USS Arizona, was bombed killing 1177 crewmen and trapping over 900 bodies inside as the ship sank. The shallow harbor waters still hold the remnants of this ship, which can be easily seen from above: 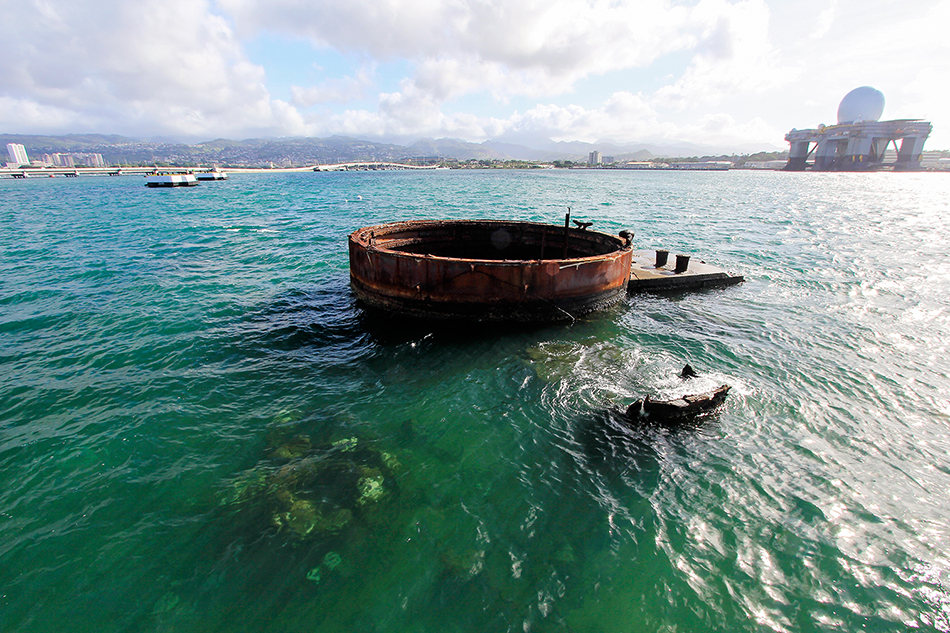 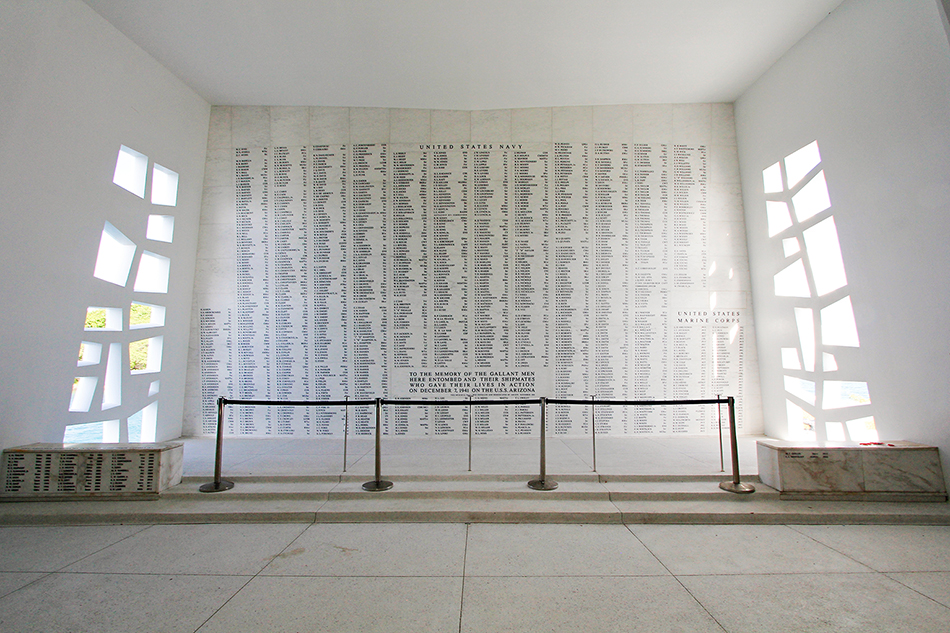 A memorial was built over the boat to remember the loss of those killed during the worst naval disaster in American history, and as a tribute to the men whose bodies still lay within the ship’s hull: 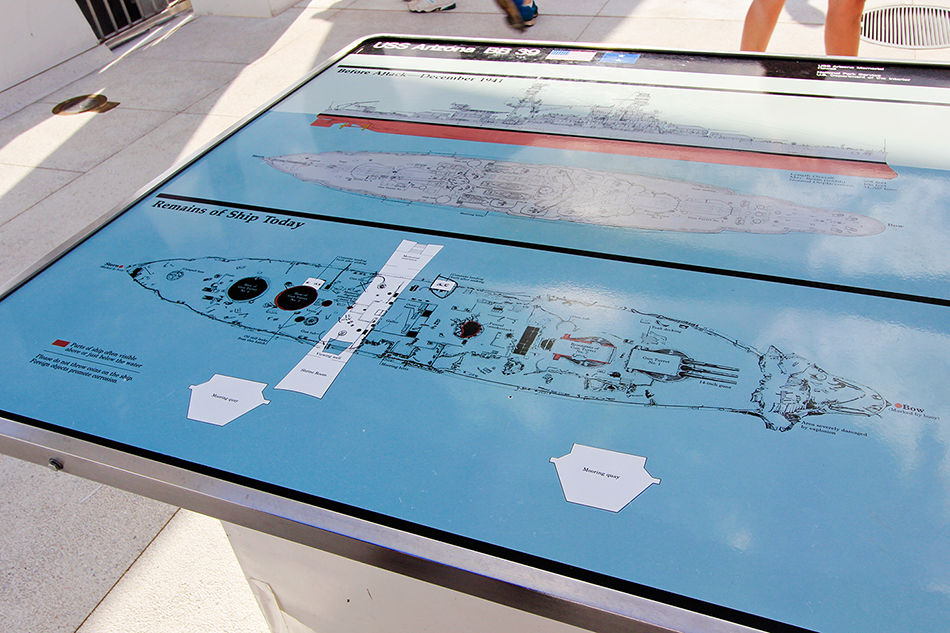 Unfortunately for the Japanese, the attack didn’t cripple the United States as they had expected. Instead, the following day, the US President Roosevelt declared war on Japan, joining the Allies in battle during World War II.

Pearl Harbor features 4 distinct museums as part of the “Valor in the Pacific National Monument”. We visited only the USS Arizona Memorial because that is all we had time for. Tickets are available online 2 months in advance for reservation at a fee of $3.00. This is definitely worth it because otherwise tickets are first come first serve on site so you may have to wait a while when you show up.

Tickets for the other sites are not limited and available same day so there is no need to reserve or buy in advance.