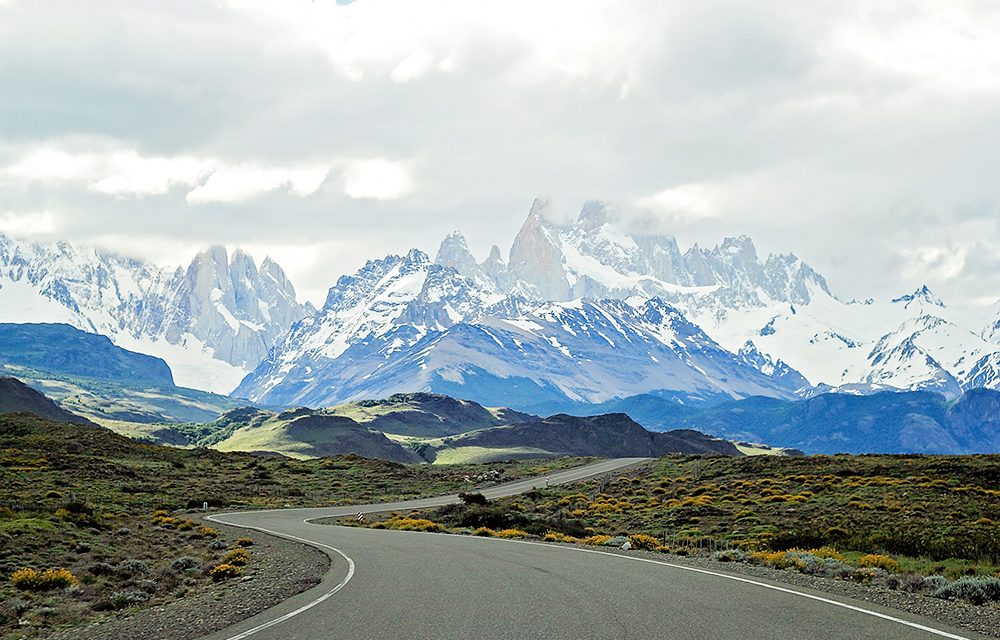 After feeling like we got a good sense of the Chilean side of Patagonia, it was time to cross the border into Argentina, which contains the other 90% of Patagonia.

However, crossing the border proved quite the task. First, we had to secure several notarized sheets of paper from our car rental company to allow us to take the car into Argentina. We only realized this on the day we were leaving the country, so thankfully we managed to pull it off within an hour.

Then, upon leaving Chile, we accidentally sped right past the Chilean border control and never officially checked out of the country. We only realized this once we were in Argentina, where we quickly turned around back to Chile. This caused some confusion, as border control thought we were trying to enter Chile when really we had never officially left. We eventually managed to sort ourselves out and avoid going to jail in a foreign country.

A little dysfunctional, I must admit, but all turned out well.

Once finally crossing the border into Argentina, our nicely paved highway turned into a gravel road, and we pulled up to a single room building with a chain across the road: the Argentinian border control.

After stamping a few papers and someone taking a 1-second look into our trunk, we were welcomed into Argentina! We began our adventure towards El Calafate, one of the main towns in the region. The “highway” on our map was a single lane dirt road though the grass with large rocks that jostled our tiny car about. 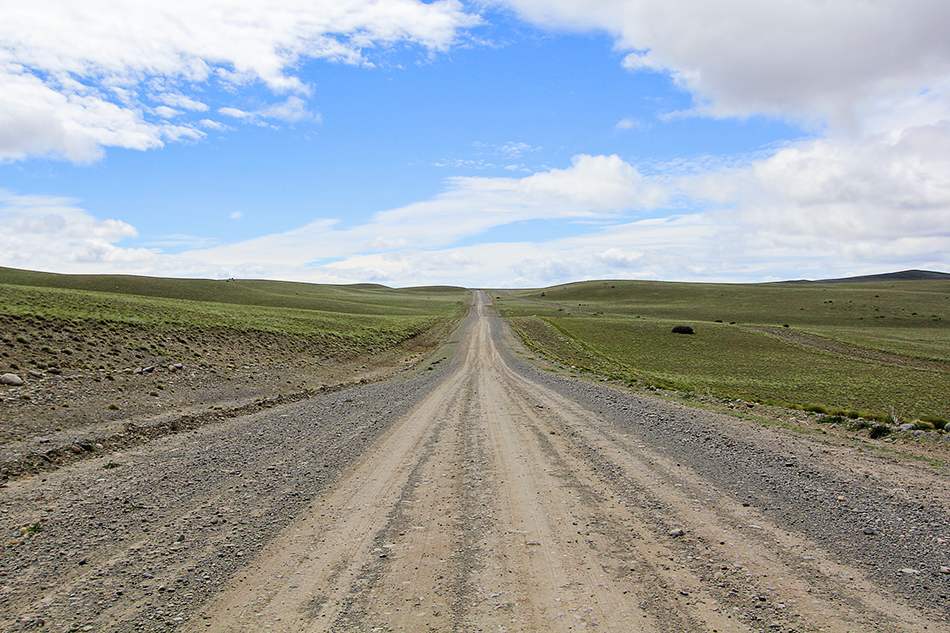 We didn’t mind this greatly, as the drive through Patagonia in Argentina is known as the “scenic route 40”. The route goes through desolate yet beautiful landscapes with the Andes always visible along the distant horizon. 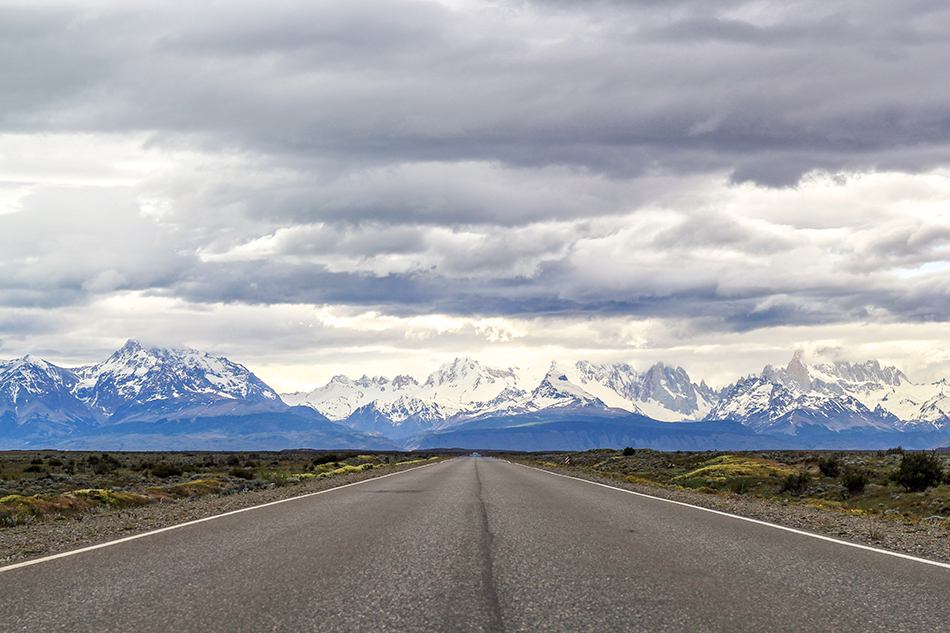 Route 40 is also sparsely populated, and gas stations are few and far between. We were advised to fill up every time we saw a gas station, as another may not come along for miles: 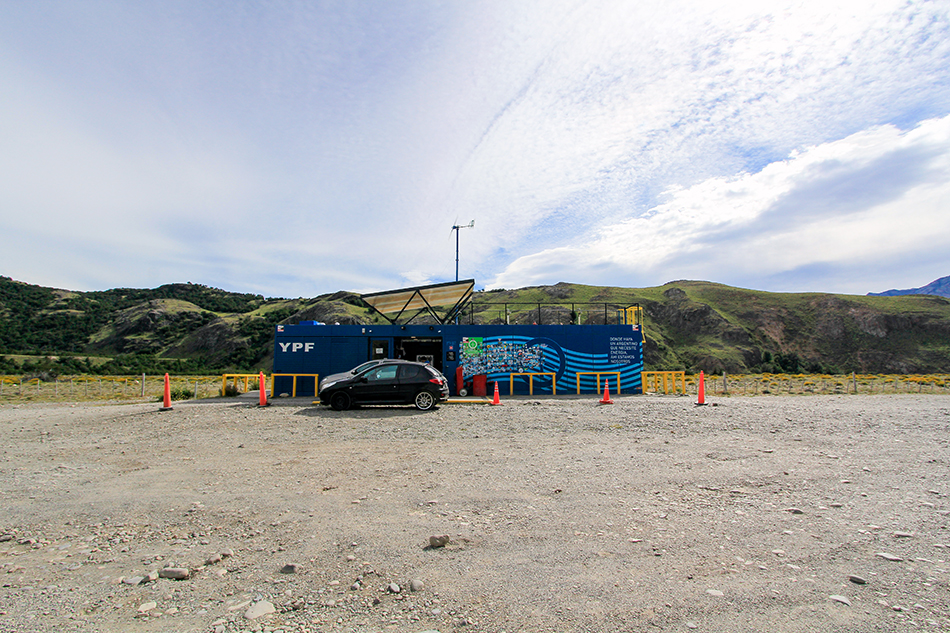 After 200 km and 3 hours seeing only one other car on the road, we reached El Calafate.

El Calafate is the largest town in this part of Patagonia. It has a ski town vibe to it, with a main street full of souvenir shops and tour kiosks, as well as an array of restaurants catering to the tourist population. It’s almost overwhelming to the senses after spending so much time alone on the drive.

El Calafate is right on Argentino Lake, a huge yet beautiful turquoise lake fed from the neighbouring mountains. 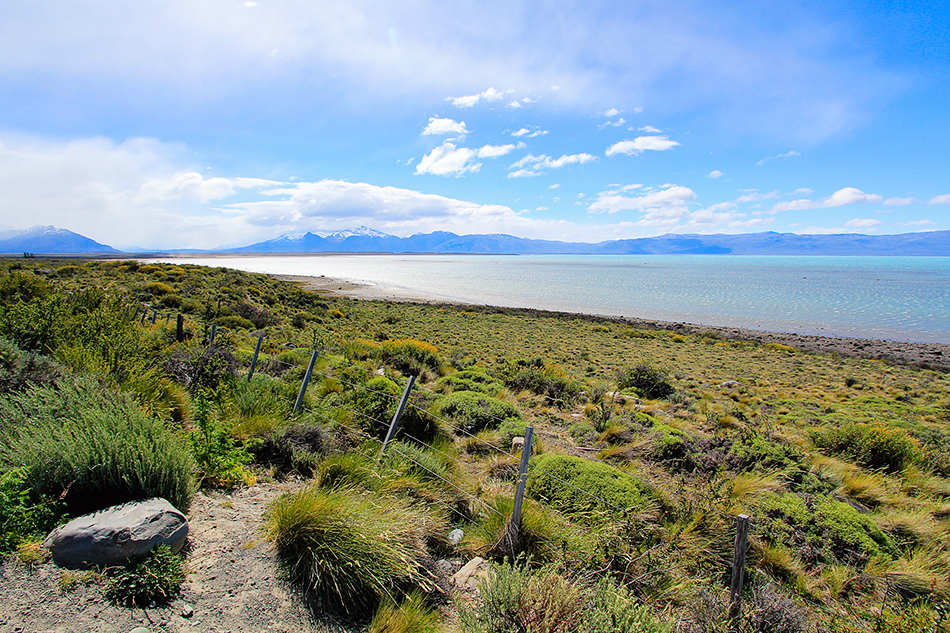 We spent only one short day in this town, but embraced having a grocery store to restock our goods and some tasty restaurants to indulge in.

Since we spent the previous three days in Torres del Paine asking our hotel to boil packs of pasta for us for dinner, we were excited to head out for our first Argentinian feast. 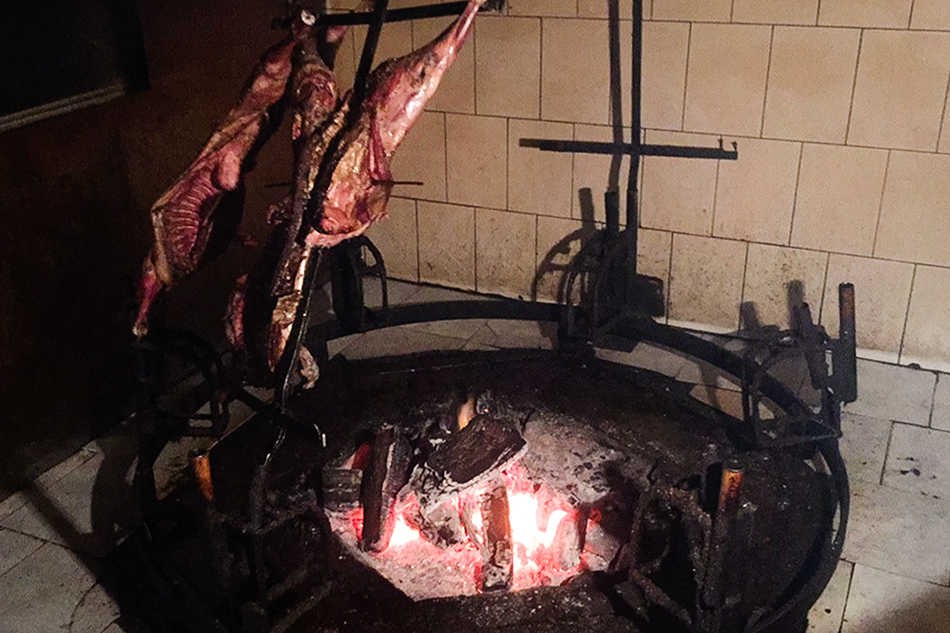 And a feast it was. We indulged in parrillada: a sizzling platter of mixed grilled meats was presented to us, full of over a kilogram of lamb, ribeye, chicken, pork chops, chorizo, and blood sausage. This was nicely complimented by a glass of Malbec filled to the brim.

This is a question we asked ourselves only until we had our first Argentinian steak. The Argentinian steak we tried was some of the best we’ve ever had! Not to mention the biggest. $20 got us over 16 ounces.

So what’s the big deal? Argentinians consume over an average of 55 kg of beef per person per year (the second most worldwide), and the art of grilling is a skill to be perfected.

The pampa (the equivalent of plains) of Patagonia is especially known for its cattle, as the vast pastures are perfect for raising grass-fed animals. In fact, sheep ranchers are who first populated this region. And now sheep and cattle truly are everywhere, wandering endless pastures of green and drinking from lakes of fresh glacier water. It looks like a dream! No wonder the meat is so delicious. 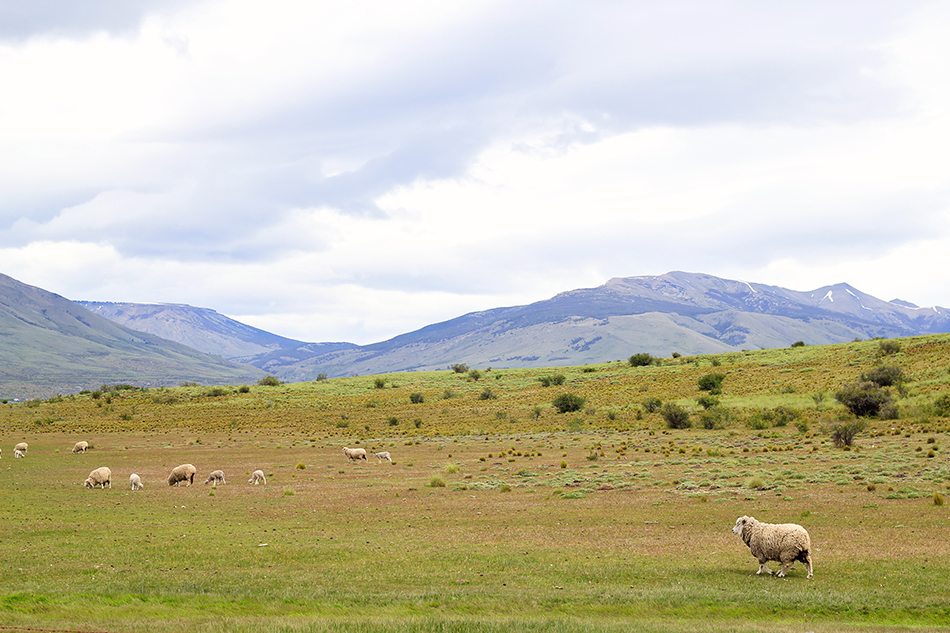 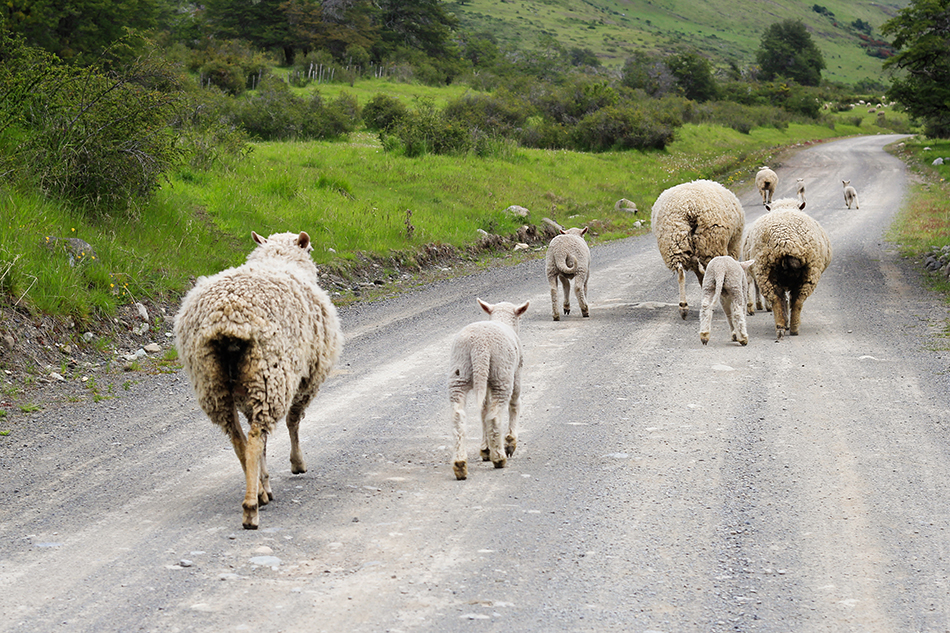 Now that we’re well fed and restocked on gas, it’s time to venture back into the remote mountains of Argentina. More on that soon!