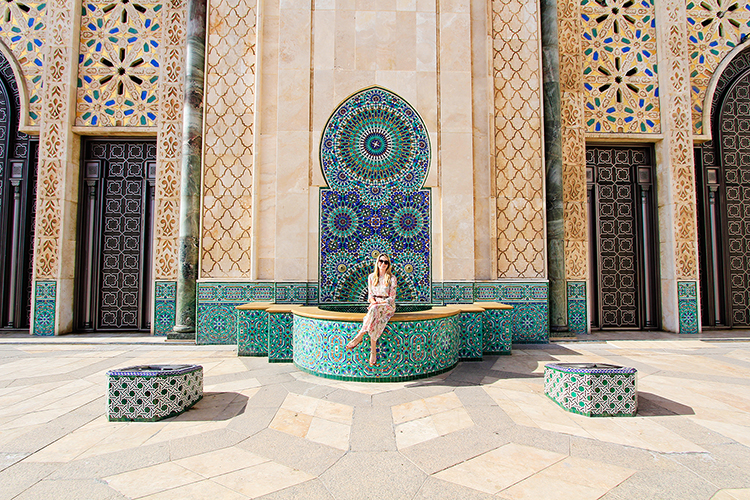 We flew home out of the Moroccan city of Casablanca, which despite it’s romantic name, is often quoted as a less desirable city to visit in Morocco. One of the main highlights in the city is one of the most impressive mosques in all of Morocco: the Hassan II Mosque. 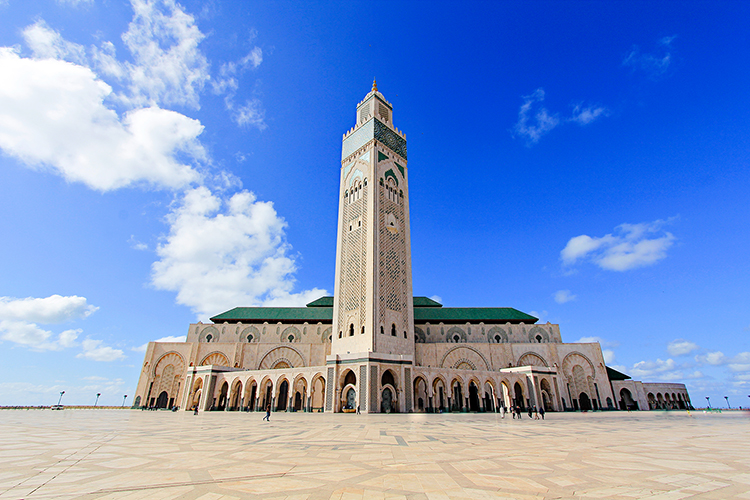 The Hassan II Mosque is the largest mosque in Morocco and 13th largest in the world. A mosque is a place of worship for followers of Islam, and though we have seen numerous mosques during our travels in Morocco, this is the only one that we have been allowed to enter as non-muslims. 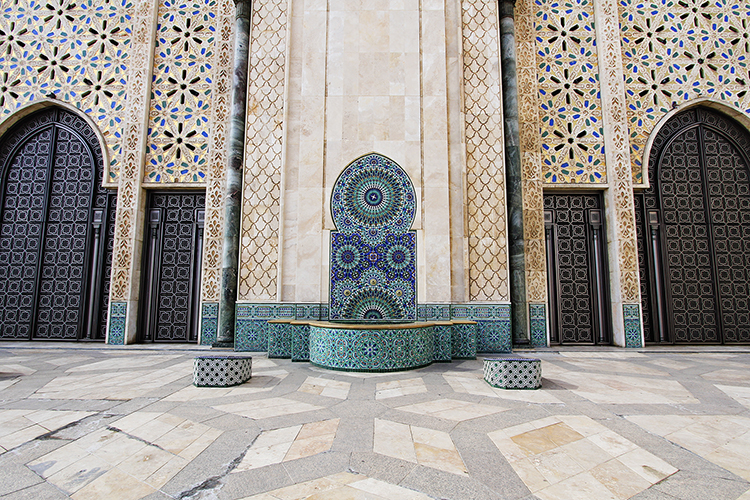 Most mosques feature a tower, called a minaret, which is where the call to prayer is played five times daily to summon worshippers. The Hassan II Mosque has the largest minaret in the world, with a height of 210 meters. 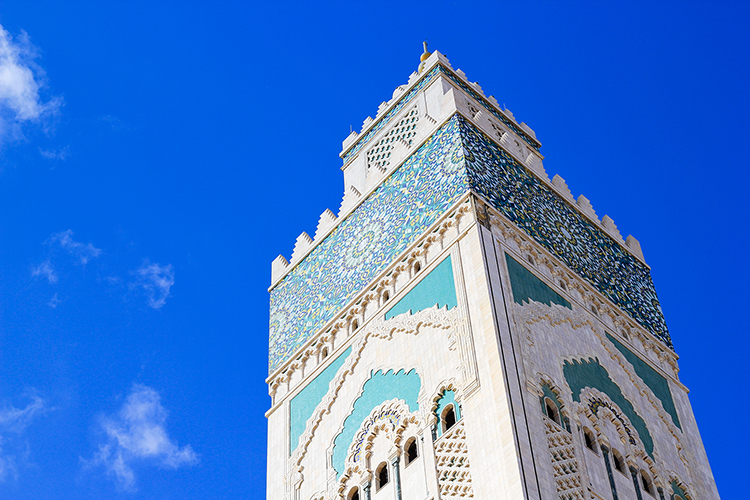 The interior of a mosque is usually made of a large hall which lacks seating; rather, people pray on mats. The Hassan II Mosque can accommodate a massive number of 105 000 worshippers at a time! 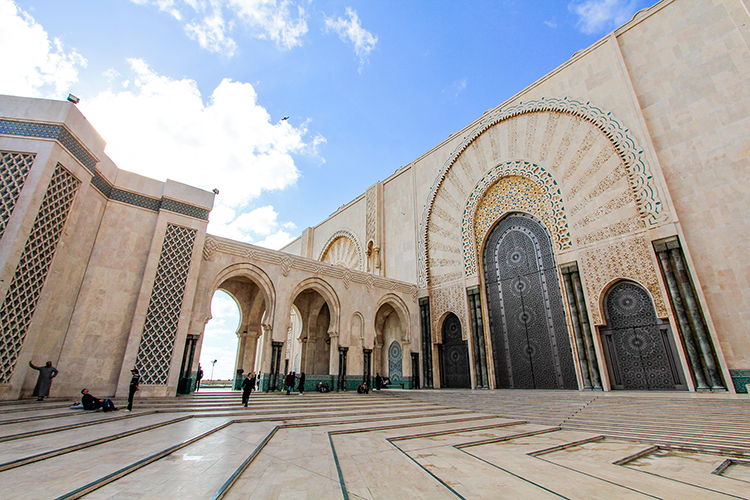 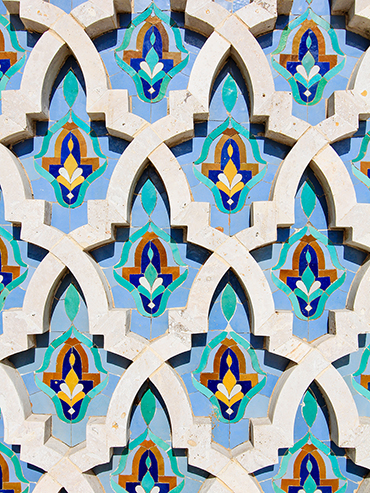 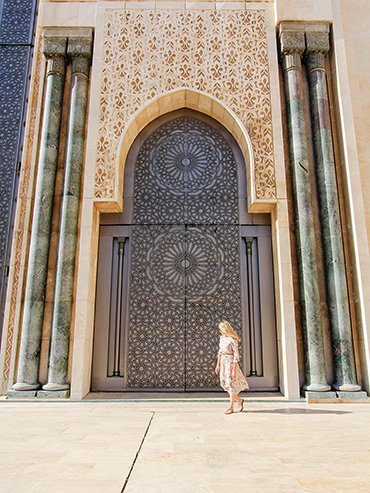 The mosque also has some fancy features. It is built on a promontory over the Atlantic Ocean and is said to feature a glass floor to look into the ocean, as well as a retractable roof. The overall construction cost 585 million Euros! 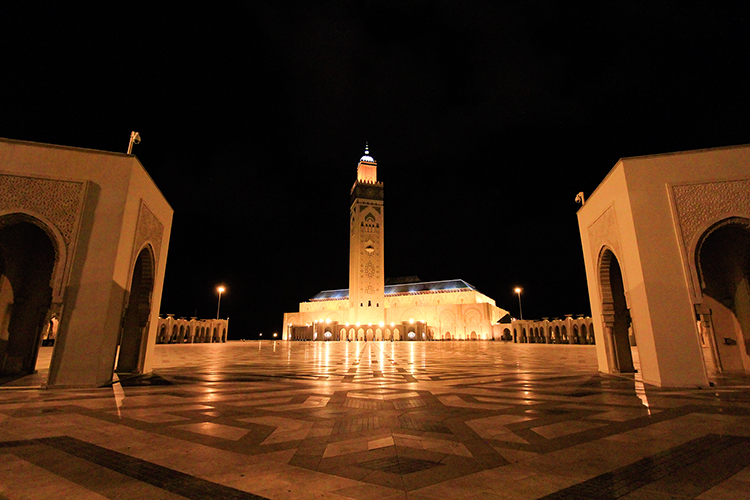