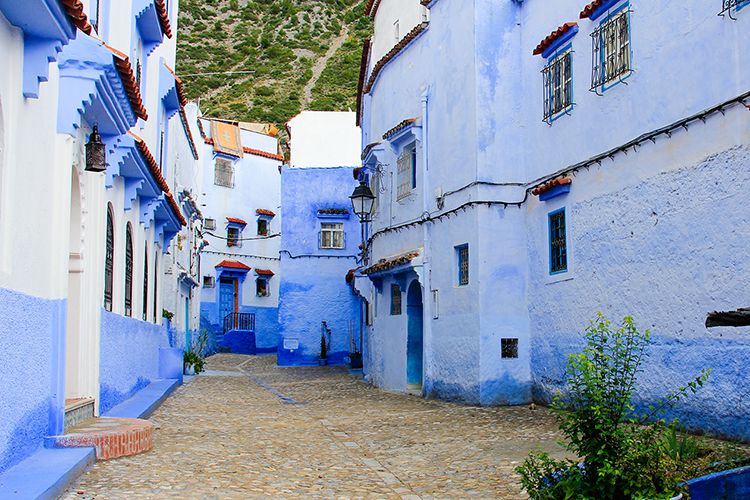 On the theme of Morocco’s varied topography, we entered a Switzerland-esque region in Northern Morocco in the Rif mountains. We felt like we were suddenly in another country, with rolling green hills, plenty of greenery, and orchards everywhere in site. 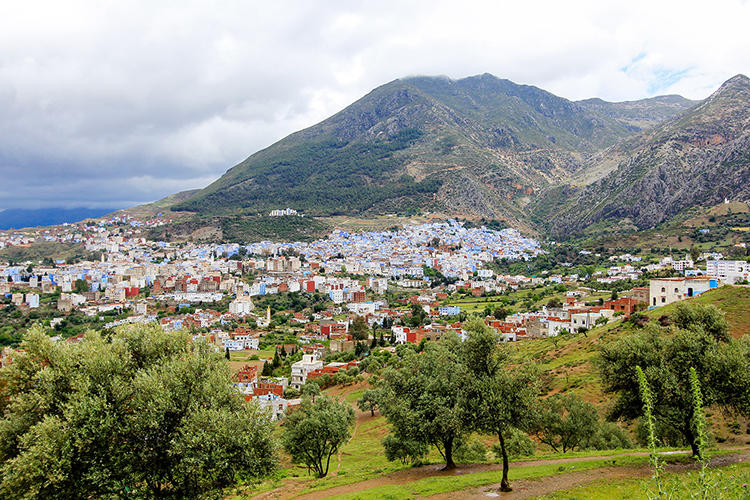 To make it just that much more scenic, we crested a hill to overlook an adorable town coloured white and blue.

The town of Chefchaouen is a fairly unassuming little mountain town in Morocco, where visitors can escape the hassles of the big city medinas and wander the blue-washed walls of this quiet and peaceful little town. 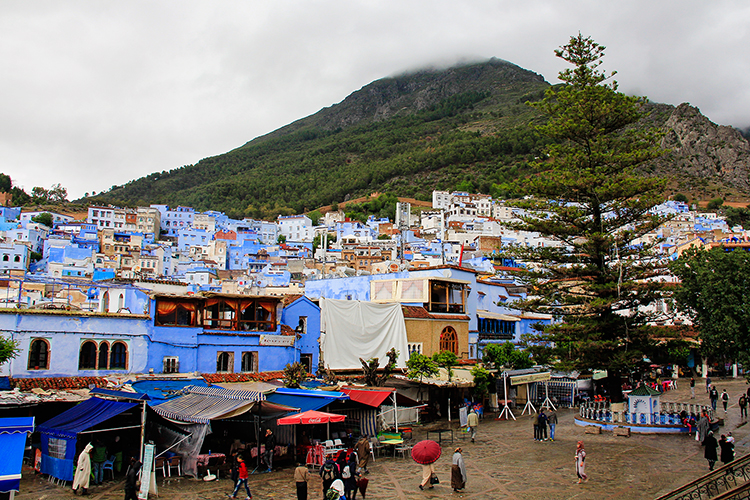 Not to mention that Chefchaouen is adorably picturesque. I don’t know if we could walk further than a block without stumbling upon one adorable walkway after another. 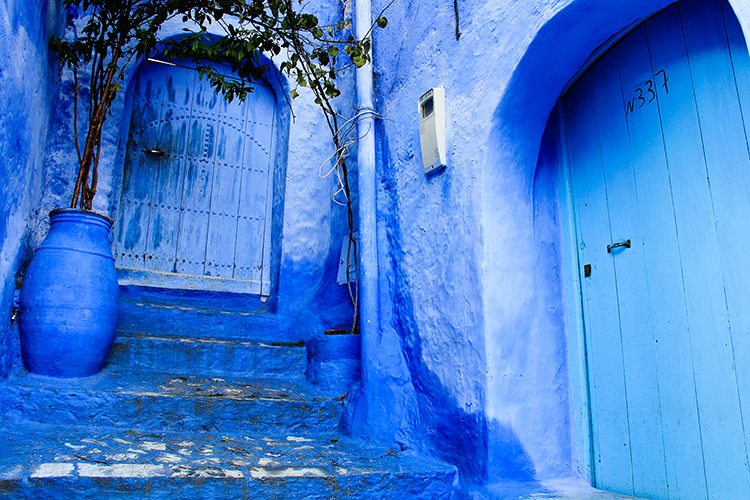 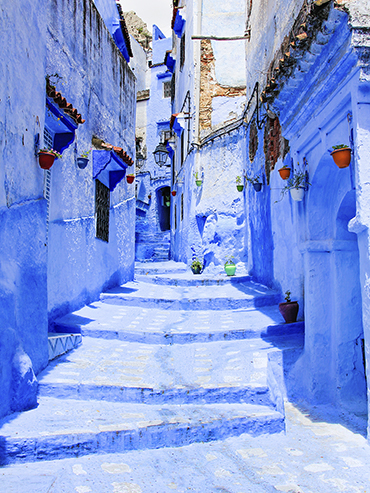 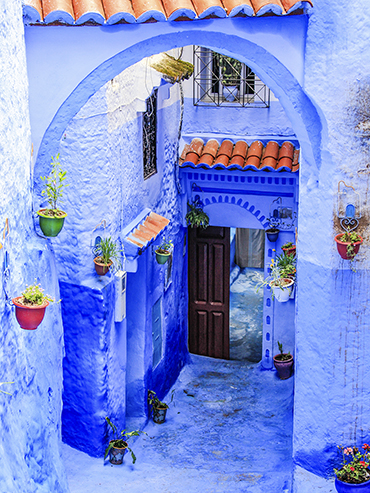 There are many theories as to why this town is uniquely painted blue. The color dates back to when a large Jewish refugee population settled in Chefchaouen after escaping from Spain during Hitler’s reign. They are believed to have colored the town blue in an effort to rebel against traditional Islamic colors. The blue color is said to symbolize spirituality by representing heaven and the sky. 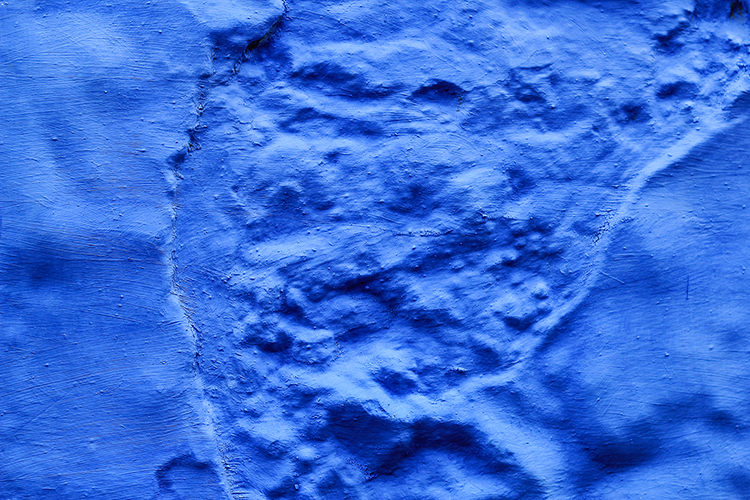 Though much of the Jewish population has left, Chefchaouen villagers are proud of the blue color and maintain the town as it is with a fresh coat of paint every spring. 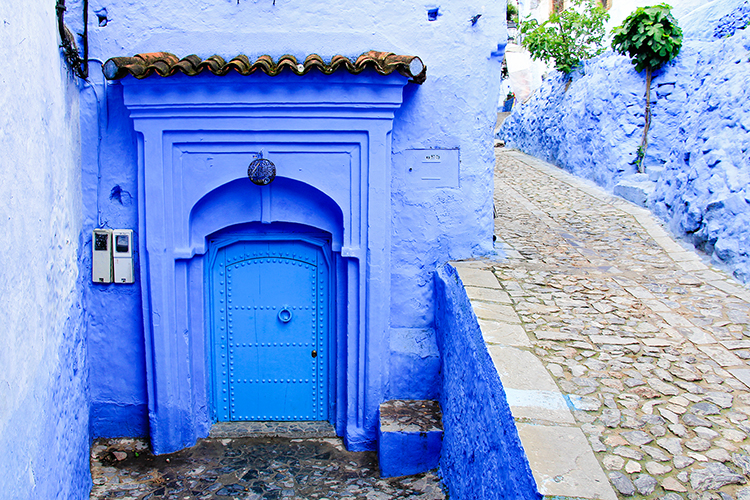 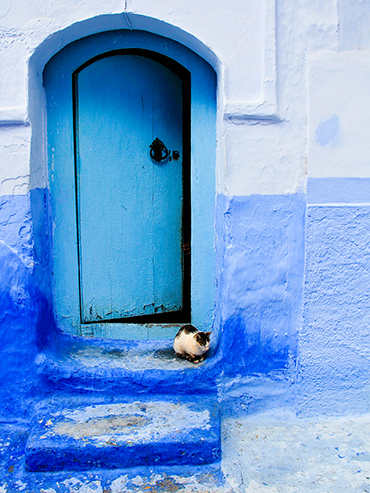 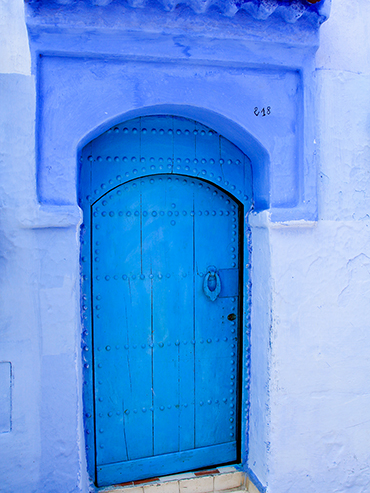 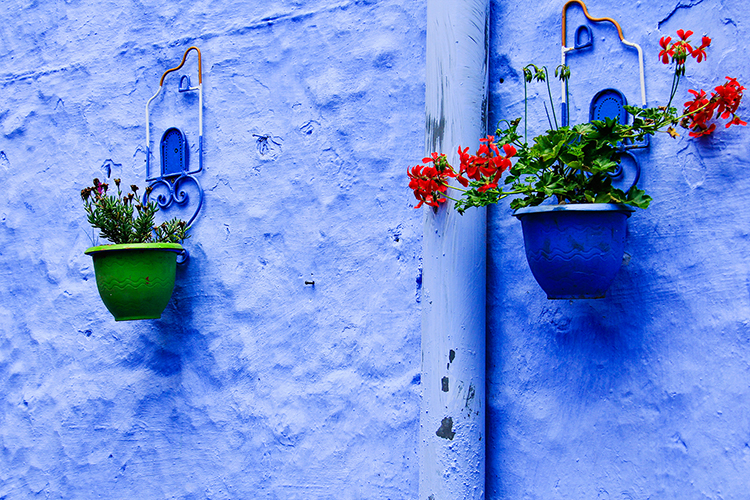 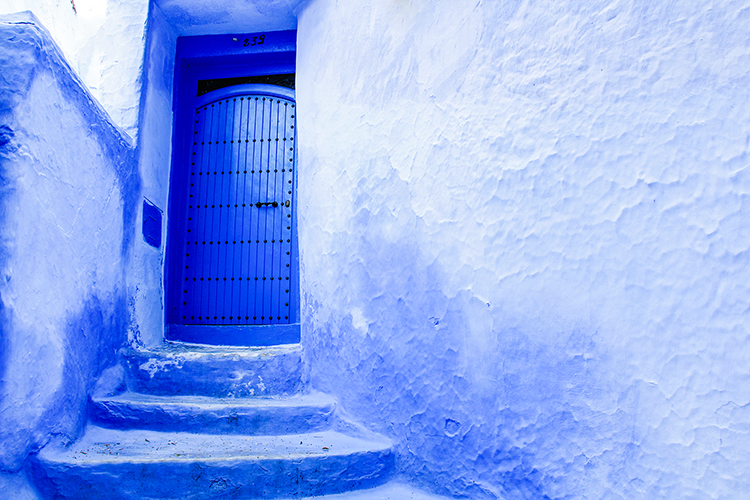 Randomly, Chefchaouen, as well as the majority of the Rif mountains, are known for high marijuana production. As a result, some people didn’t believe we were coming to Chefchaouen for just it’s charming streets and sleepy mountain vibe… 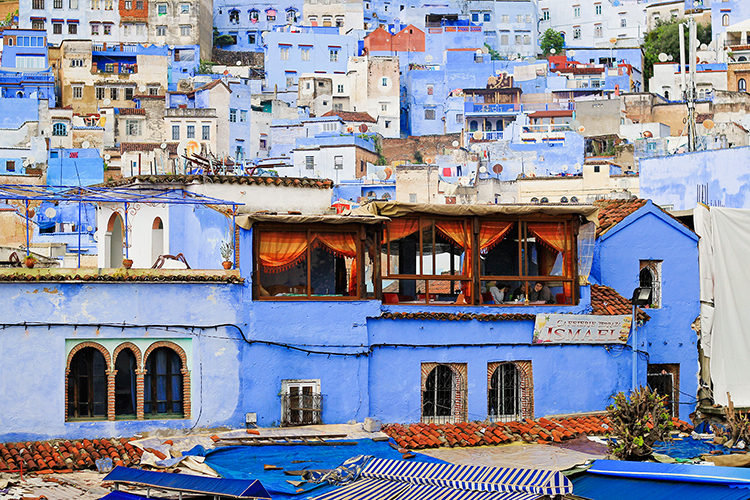 Regardless of its reputation, Chefchaouen was one of our favorite stops on our trip around Morocco. It is a city so entirely different than the rest that it is definitely worth a visit. And if you’re feeling a little overwhelmed by the big cities, this is the perfect place to relax and rejuvenate!