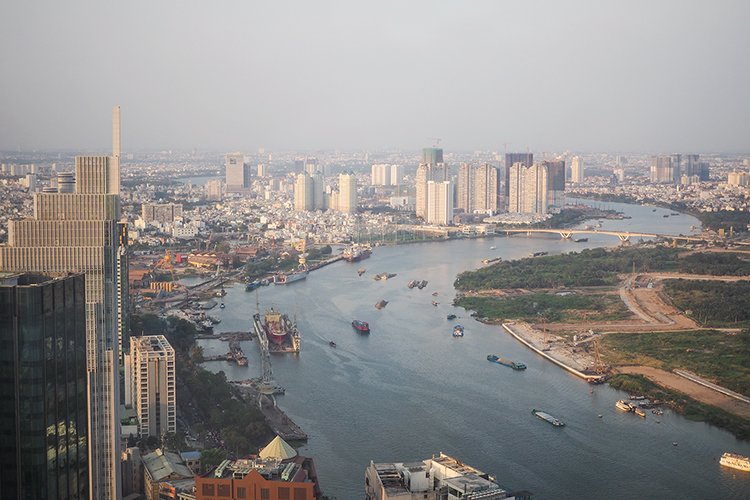 Ho Chi Minh City (or “Saigon” as it’s often referred to in the south) is the major city in the south of Vietnam. As the largest city in the country, it seems the most developed and most modern of the ones we’ve visited. Sadly, this is also where we wrapped up our 2-week trip to Vietnam.

We haven’t made much mention of Vietnamese history, but the Vietnam War (or as the people here refer to it, the “American War”), which lasted 30 years of the last century, has shaped much of the landscape of the country. This includes the confusing naming of Ho Chi Minh City, which is referred by this name internationally and by those in north, but remains “Saigon” to many of those in the south. 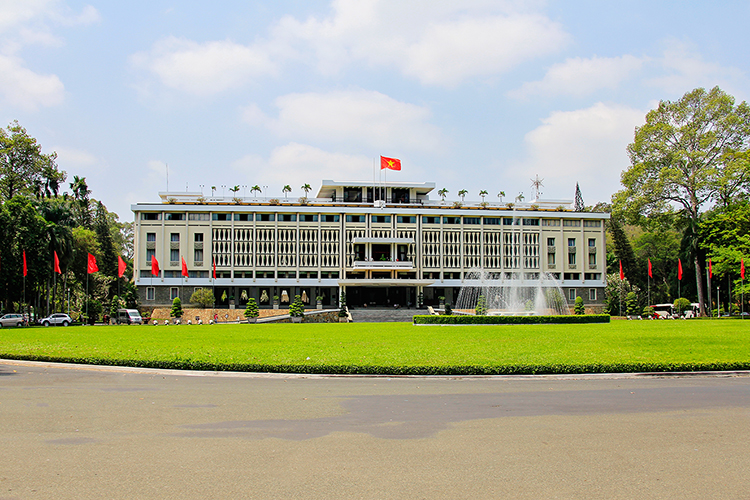 This conflict was the result of the Communist forces in the north (lead by Ho Chi Minh) leading a war against the French colonialists in the south. The situation worsened when the USA got involved helping the south in the hopes of preventing the spread of communism, a move that would cause much turmoil between the two countries. This divided the country into ‘pro-Communist’ north versus the ‘pro-American’ south.

After years of conflict and millions of deaths, the south eventually surrendered to the north in 1975, resulting in the creation of the Socialist Republic of Vietnam under the rule of Ho Chi Minh. This is when Saigon was renamed to Ho Chi Minh City. 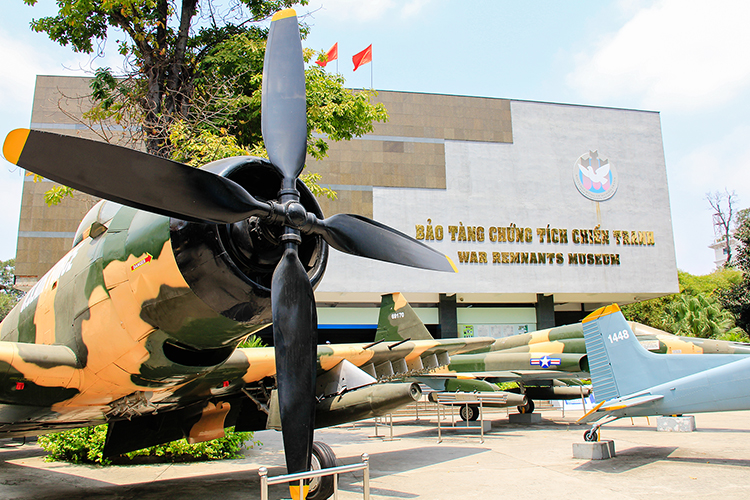 As a result you can sense a somewhat resentful relationship between those in the north and the south, as well as between the Vietnamese and the Americans. Over the years these relationships are improving, but there is still a difference in people, culture, foods, etc. between the two regions of Vietnam.

After being inspired by his Lonely Planet book, our esteemed colleague, Dr. Scott decided to take us on a leisurely tour of old Saigon.

We started at the local market, Ben Thanh, where we once again were greeted by all manners of goods, trinkets, and no shortage of pushy touts trying to sell these goods. The market was a dizzying and somewhat suffocating maze of all sorts of little shops. 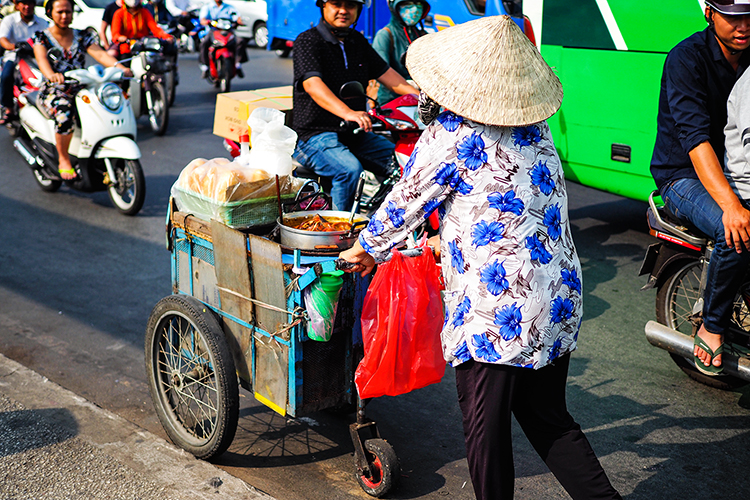 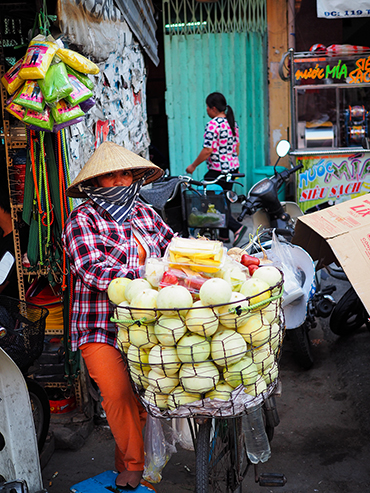 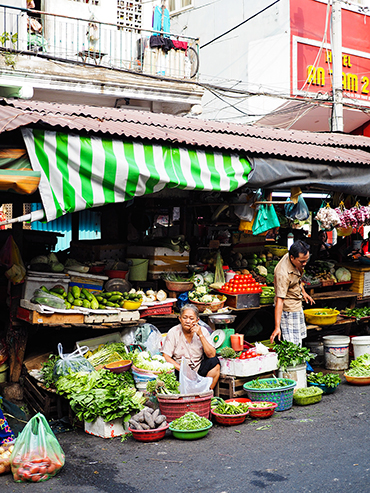 After which he took us wandering, people watching, and to a local coffee shop: 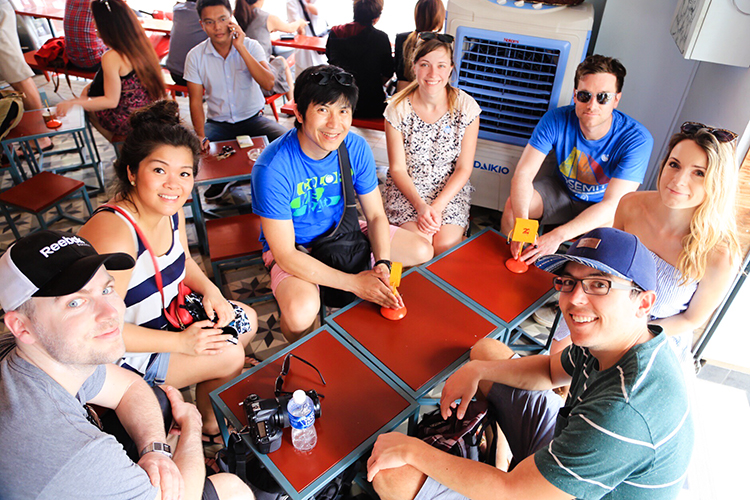 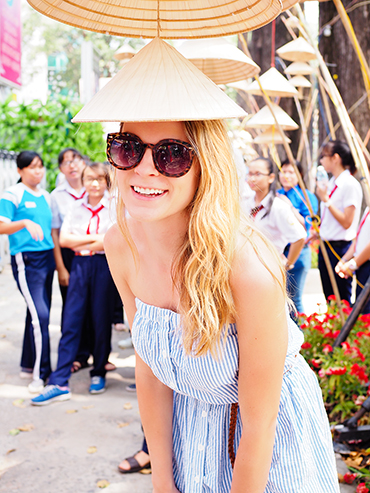 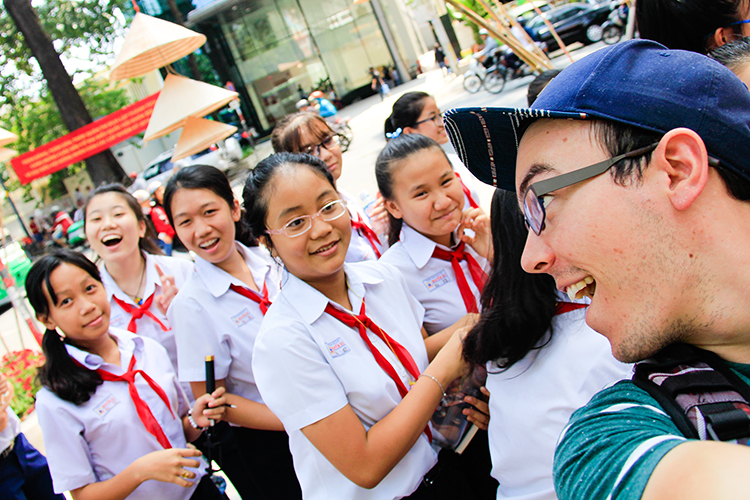 Evidence of French colonialism in Indochina can be seen throughout Vietnam, from the Latin script written language (unlike every other Asian language written in characters), to street stalls and pastry shops selling delicious French baguettes, to traditional French architecture. 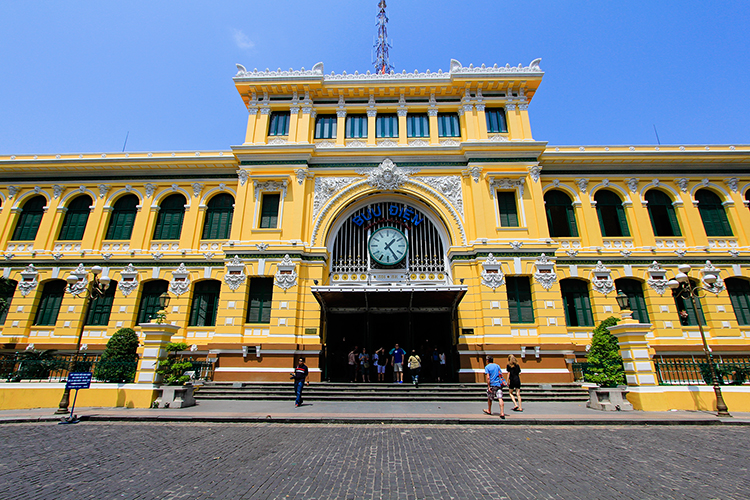 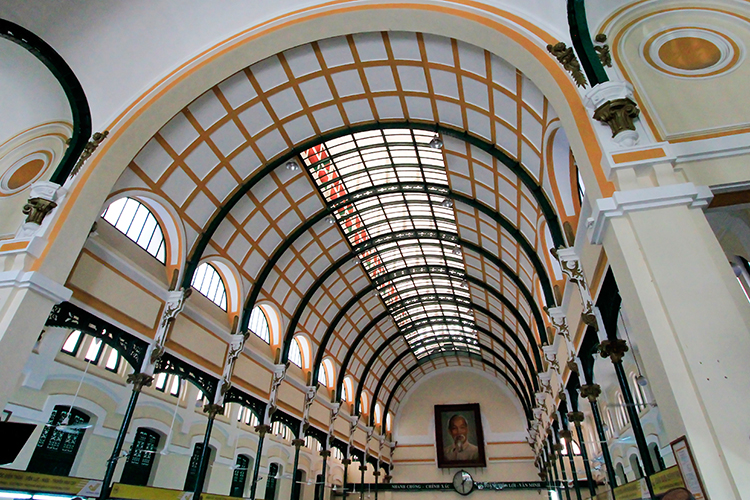 This “Notre-Dame” cathedral represents a time when the French built churches throughout Vietnam with the intent of converting the population to Christianity. As much of the population today is Buddhist, many of these churches are unused or stand as a place for kids to gather and hang out with their friends. 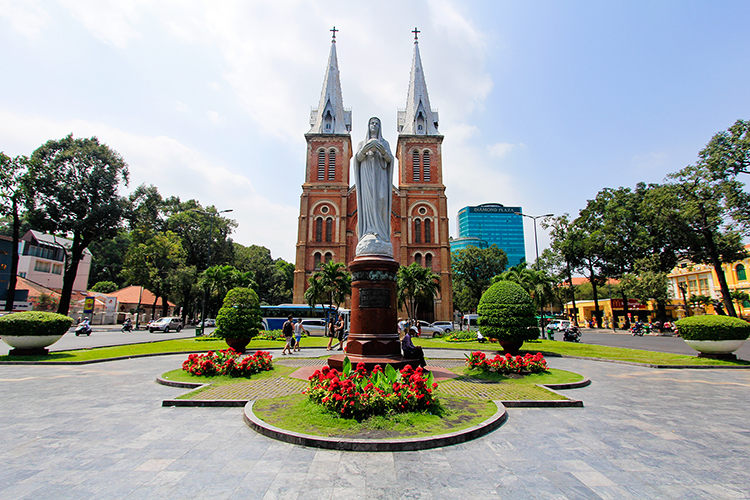 Perhaps one of the more unexpected results is the food. Among the bowls of soup, rice and spring rolls, you may be suprised to find one of the main dishes in this area is “bahn mi” – a delicious baguette topped with grilled meat, cilantro and pickled carrots. The French brought their baguettes to Vietnam, with the only difference now being that these are made of rice flour instead of wheat.

After having not seen many buildings taller than 10 stories in Hanoi (and much shorter outside Hanoi) we were all a bit blown away when met with the 70-80 story towers that dominate the Ho Chi Minh City skyline. The upside of this? Hotels, restaurants and bars have taken their businesses to the rooftops! 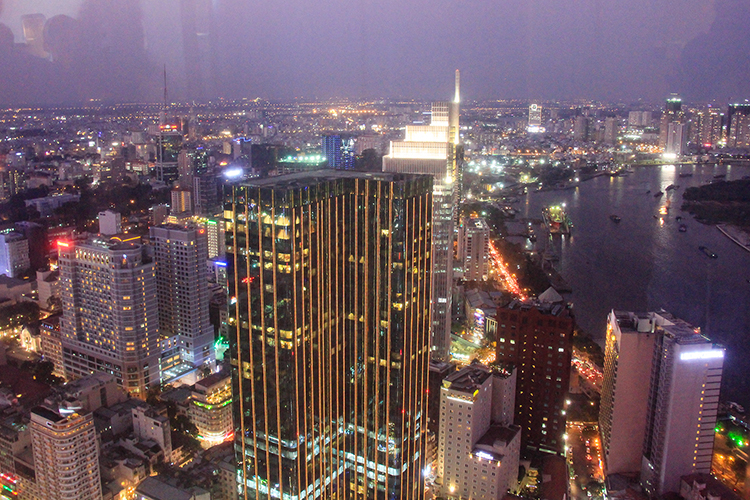 A trip to Ho Chi Minh City would not be complete without checking out a few of these, and there definitely was no better way to end the trip than enjoying an evening watching the sun set with a few drinks, great company and nice views…