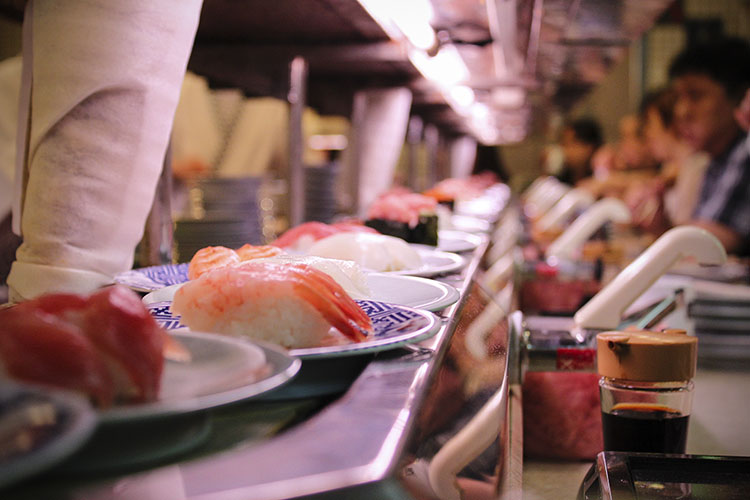 The contrast to Thailand here is mind-blowing. No more tuk tuks, stray dogs, street meat, fake goods, or intense heat. Instead, the streets are immaculately clean, and as efficient and organized as you can imagine. It is amazing!

We walked today to Asakusa, a nice district to stroll in with shops, tons of food, and traditional Japanese temples (like the Senso-Ji). It was a nice introduction to the Shinto religion, which is the most common one here in combination with buddhism. 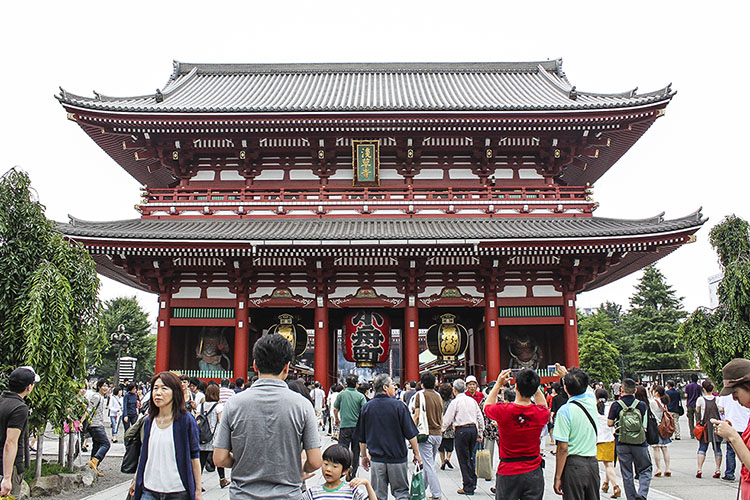 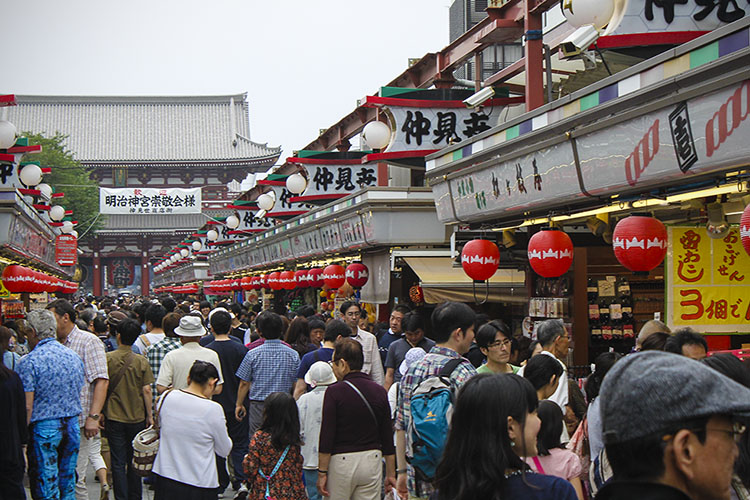 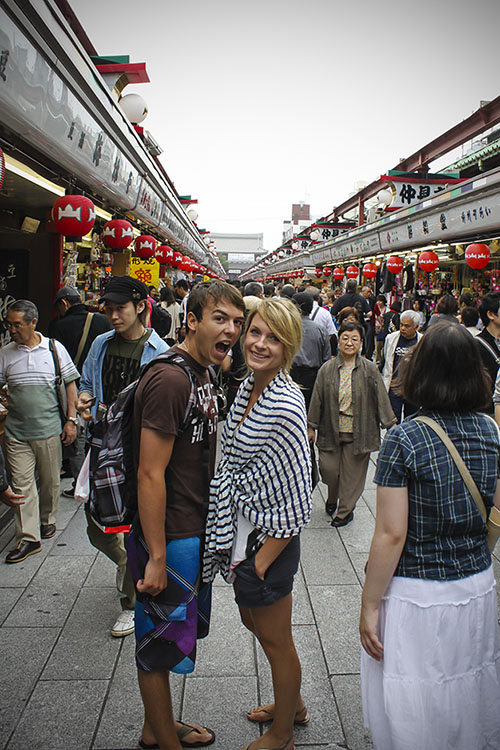 Our first meal out was such an experience! I should preface it by saying there is almost NO english here (spoken or written), but its okay because restaurants advertise with shiny plastic models of their meals in their outdoor windows. It also means that menus are all in Japanese, so you point to a photo and hope for something good! 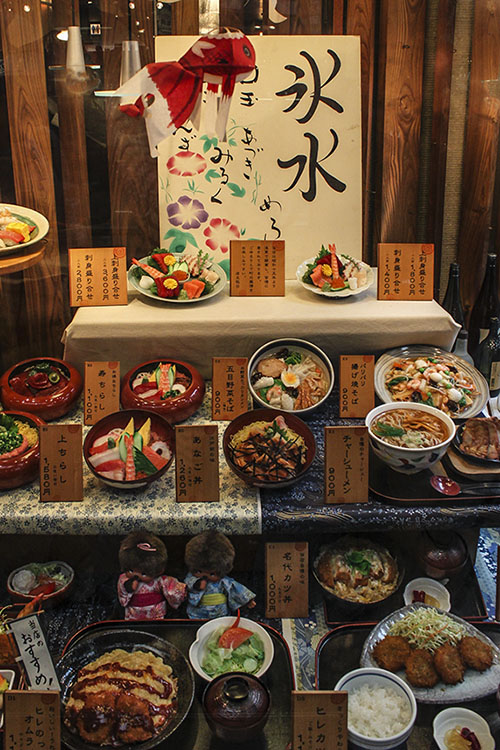 Anyways, we went for some ramen noodles based on some tasty-looking photos outside a little restaurant. We were welcomed into the restaurant by the most efficient waitress I have ever seen. She yelled (in quite a piercing, shrill voice) to the kitchen staff and restaurant patrons most of the time (who knows about what), while working on at least 3 other tasks at once. We pushed a small buzzer at our table when ready to order, and our table number flashed on the wall above. The waitress was quick to take our order on her PDA, and our food was up in just over 5 minutes! 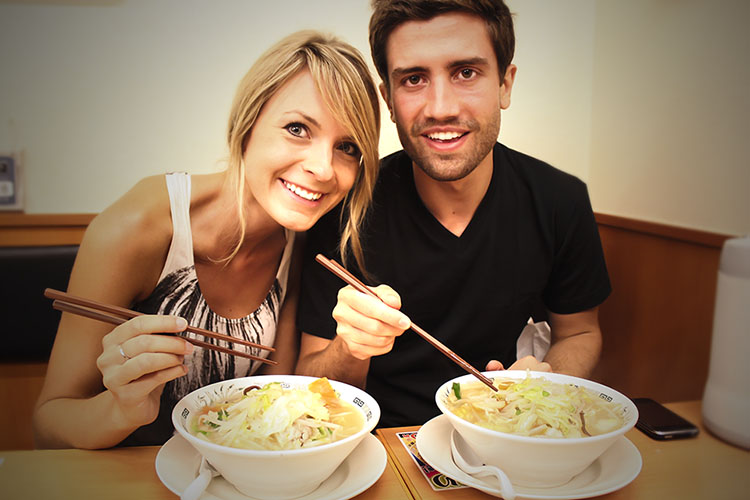 After lunch we continued exploring the city. Everything is so packed in here that the buildings are all very (very) narrow, which they compensate for by being extremely tall. And each of these tiny floors has an entirely new restaurant/store/apartment on it. This is something we really need to work on: starting to look up to see what is above us! You’d be suprised how much you can miss if you don’t.

Our first toilet break was quite humorous as well, since the toilets are self-cleaning, and they wash and dry your bum without you asking. They also have a complex control panel to control water pressure and such, but I haven’t ventured that far yet… 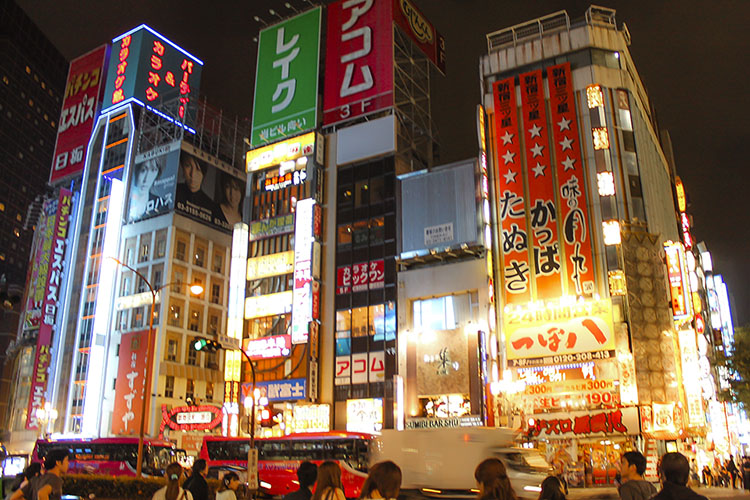 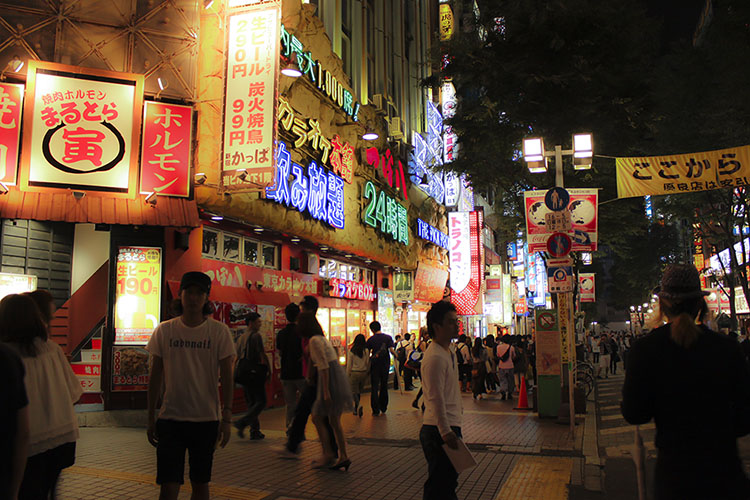 Here we enjoyed the delights of Tokyo conveyer belt sushi. The rolls zoom around you and you grab whatever appeals; then you just pay for your number of plates at the end. Again, no English, so upon later investigation we discovered that we were enjoying squid, salmon roe, eel, clam, and red snapper. It was delicious though; it makes such a difference when you’re enjoying fresh seafood.

One of the most noticeable things while we were in Shinjuku (sort of an entertainment district) was how different the entertainment here is. Karaoke bars are huge among all age groups, and gaming centers are always packed. Gaming – as in entire buildings devoted to the mechanical “claw” game for hello kitty prizes, flashy slot arcades, and photo booths for creating bedazzled images of yourself and friends.

Sooo we couldn’t resist. We had to try it: 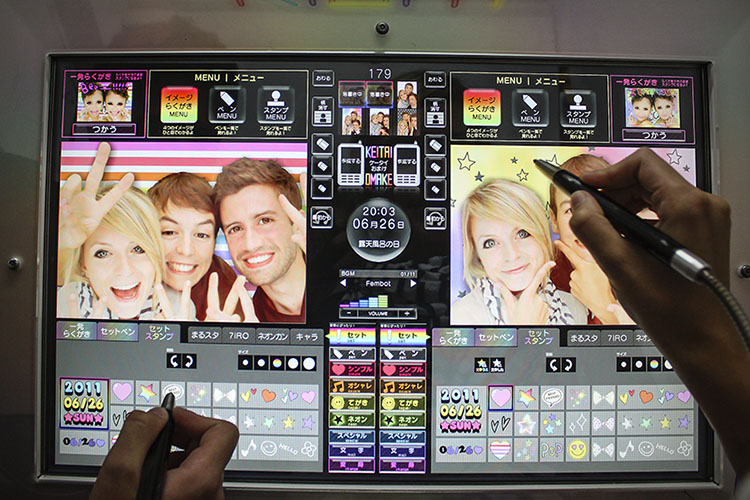 I hope you notice how the photo booth enlarged our eyes and air brushed our faces. Too funny. 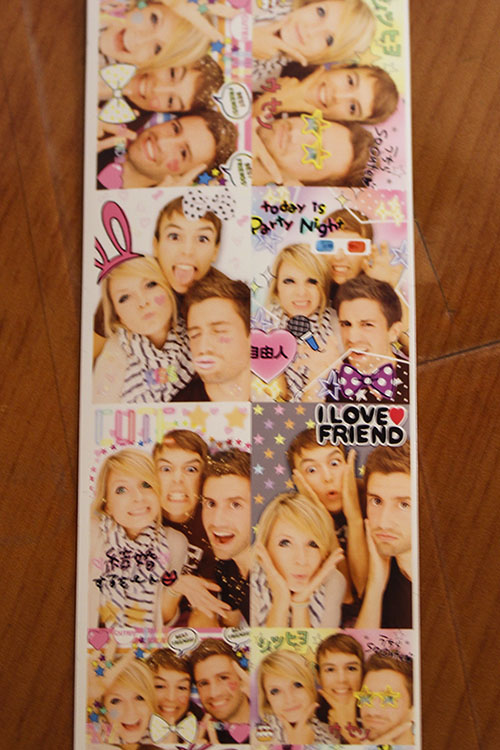 The only thing hurting us now is the cost. We’re back to paying prices from back home, which seems insane after paying 25 cents for everything in Thailand. 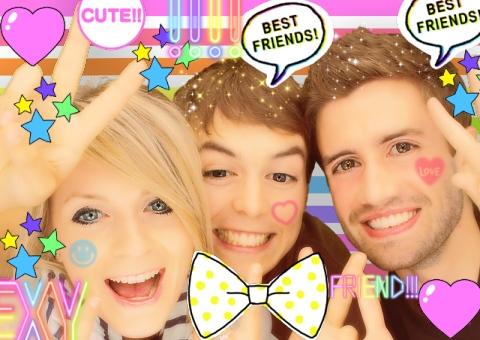