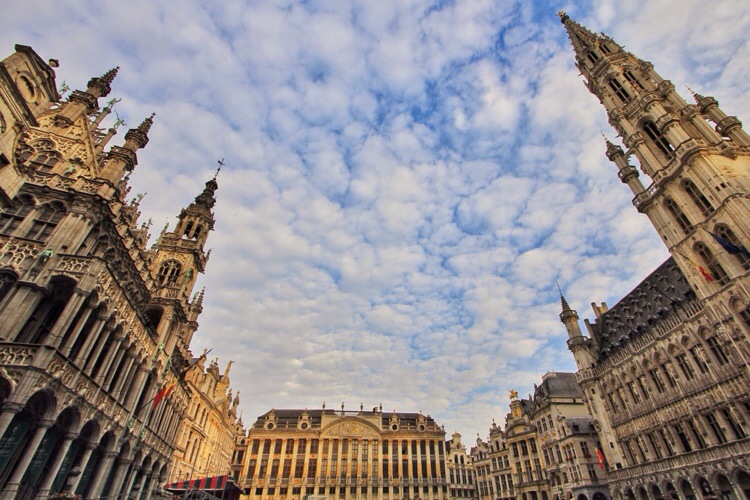 Belgians say Brussels is “beautiful in its ugliness.” We can’t really say so ourselves as we barely got to explore Belgium’s capital. We arrived one evening and head to head home the following day. 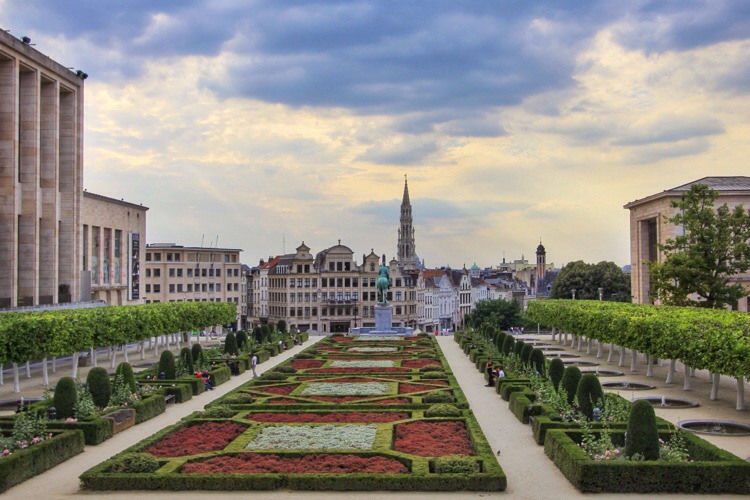 But we wandered around anyways and enjoyed the sites, happy we sampled food and saw sights outside of Brussels, which in comparison seemed to feel overcome with souvenir and trinket shops. 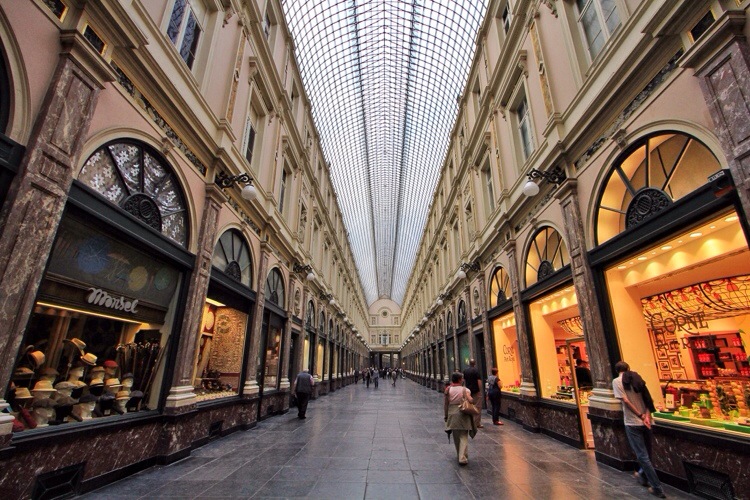 The main square is really quite stunning with its grand golden buildings. I can only imagine how beautiful it would be to see the area when they fill it with a carpet of flowers this August (and every 2 years). 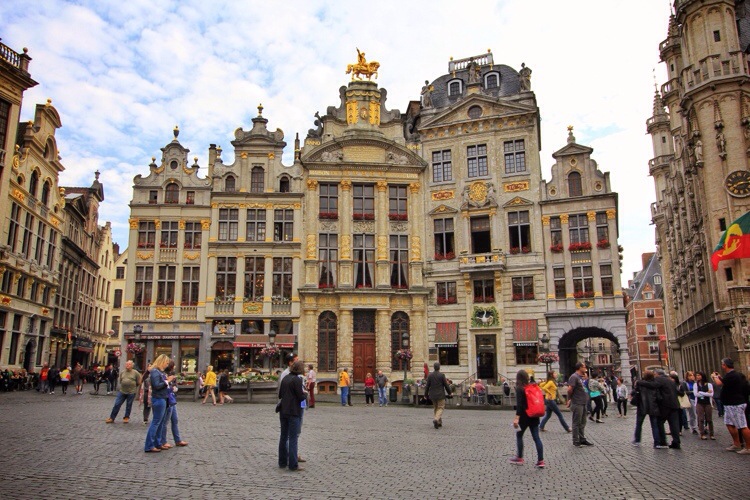 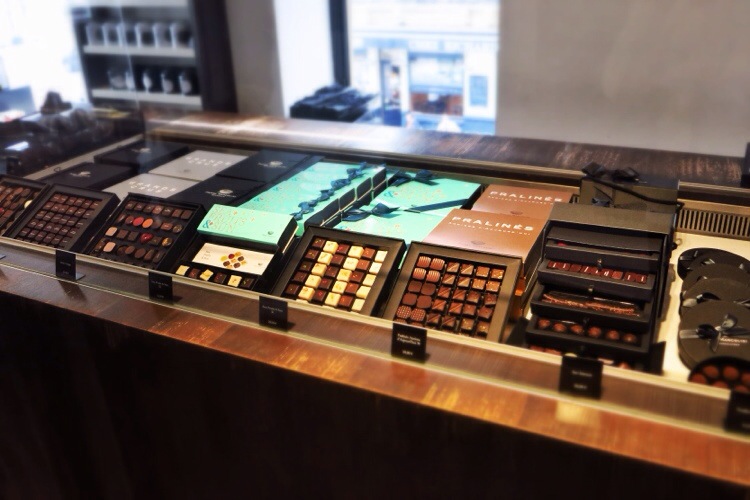 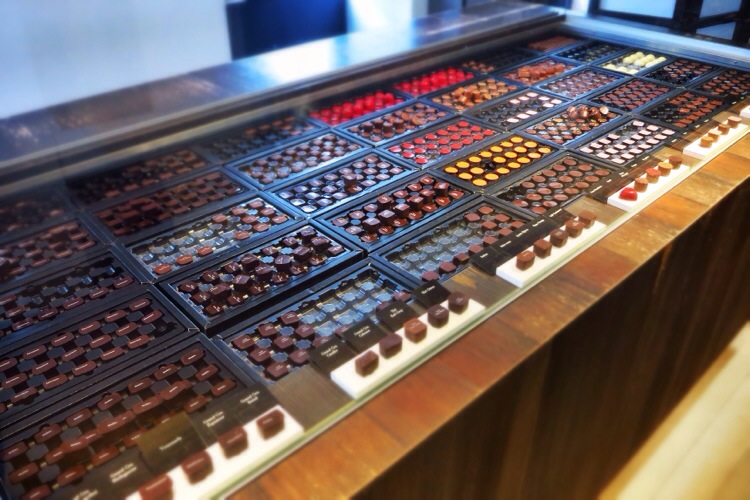 And don’t worry, Shane has had his waffle fix many-a-time in Belgium, with their various sugary sweet waffle concoctions. Belgian waffles are light and crispy, made to be topped with strawberries/whipped cream/etc (the rectangular one), while Liege waffles are the smaller, rounder ones that taste much heavier and sweeter. I, in the meantime, ate much too much gelato. 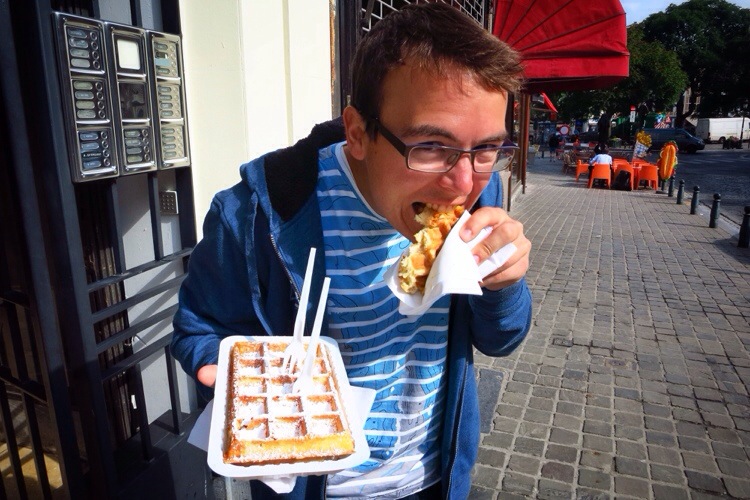 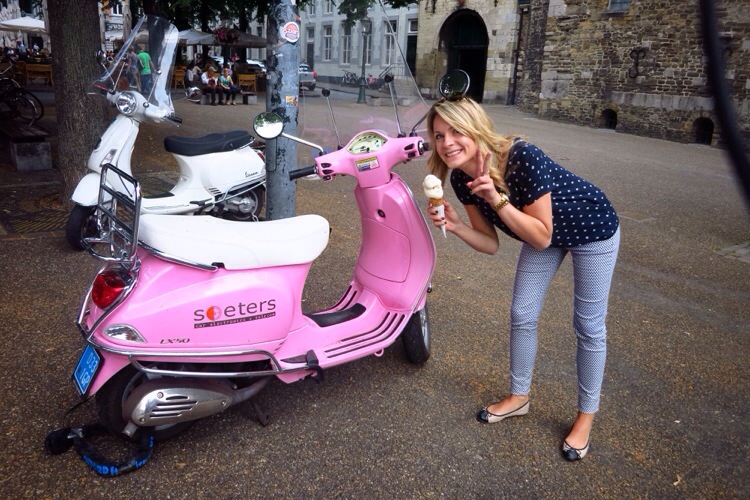 We also discovered that Brussels has an obsession with peeing statues: the famous boy peeing (manneken-pis), a girl (made in response to the boy), and even a dog. 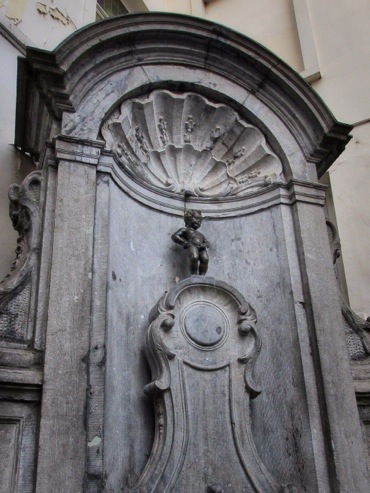 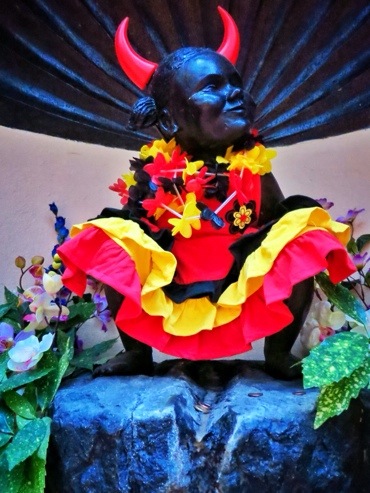 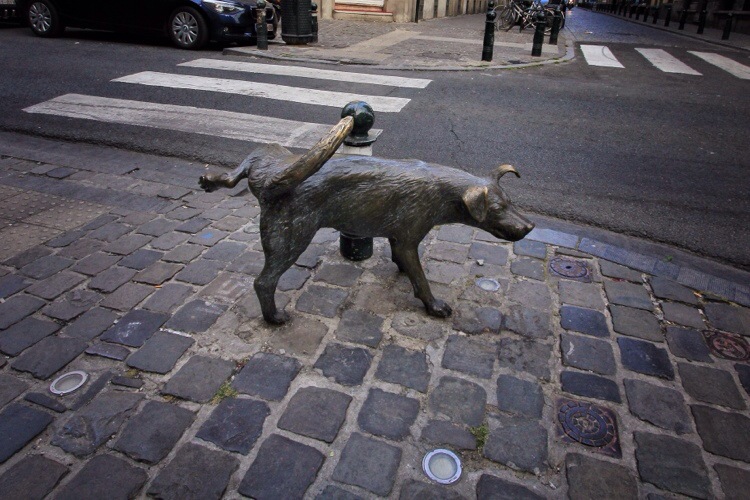 The crazier part was how many people were going wild over manneken-pis. I never knew a little boy urinating would be so exciting! 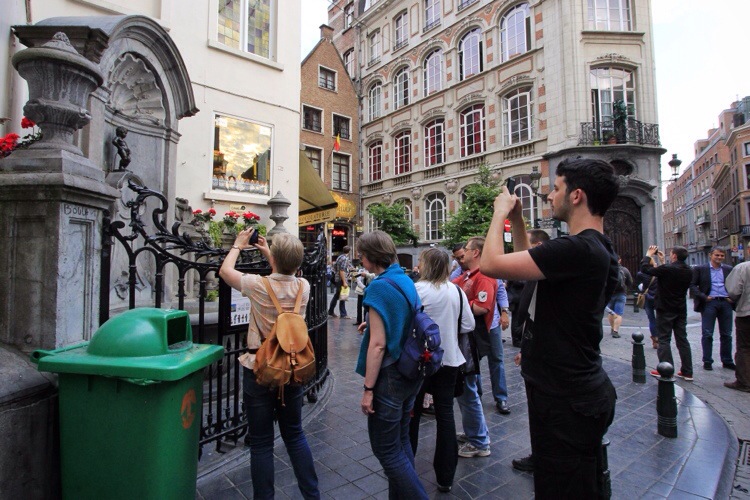 But we discovered he’s a source of pride: he is decorated at various events, having over 300 different costumes (in this case the girl is dressed up in Belgium colors for the World Cup). He dresses as Santa Claus, an astronaut, a cyclist for Tour de France, the mayor, etc. And apparently he is occasionally hooked up to a keg of beer, so you can fill your cup as you pass by!

By the way, how cool is this see-through church we found in the Belgian countryside on our way to Brussels? 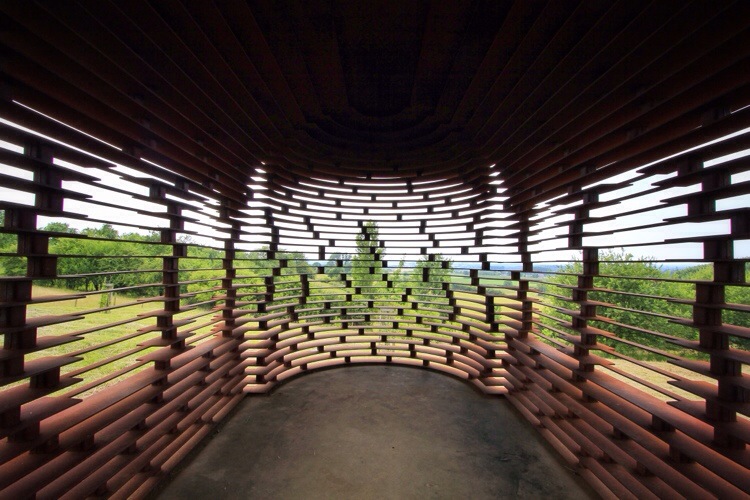 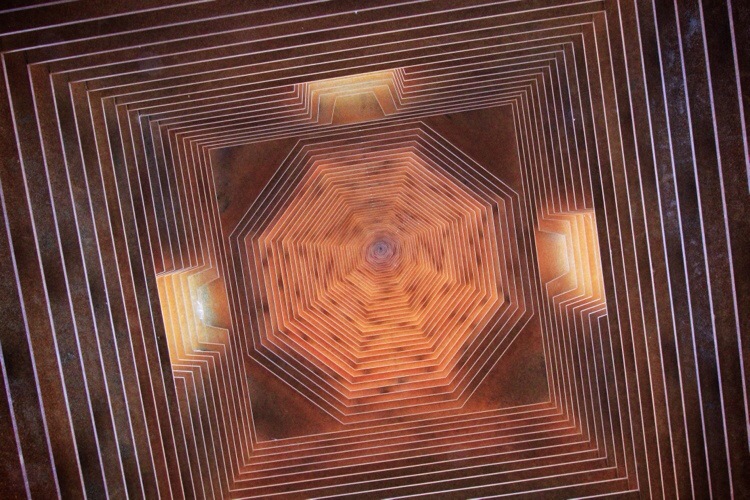 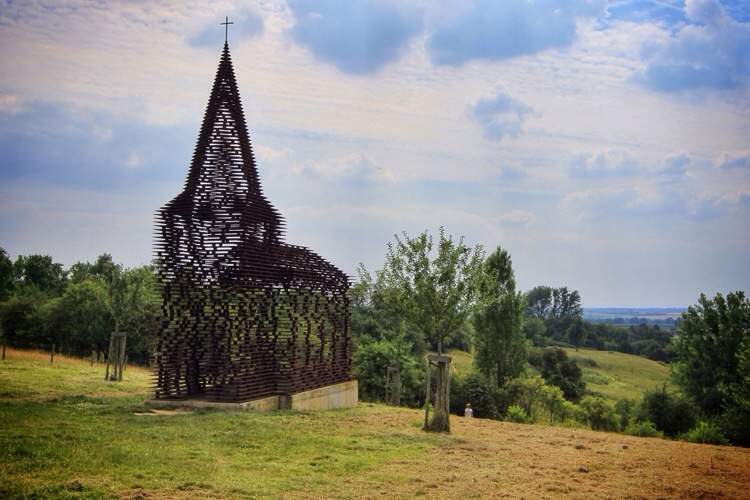 Either way its time to say goodbye to Belgium as we fly back home. We’ll put up one last summary post in the upcoming days in case you were interested in seeing our map or hearing about our highlights.

But in the meantime, now that we’re leaving Belgium, here are some of the random little things we’ve noticed: 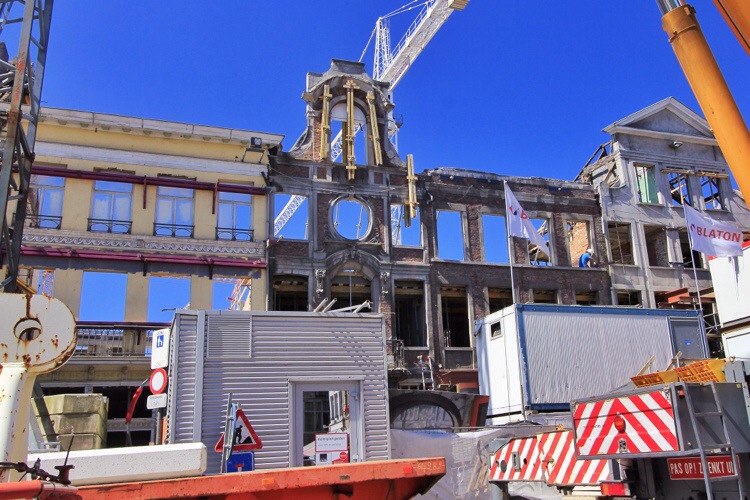 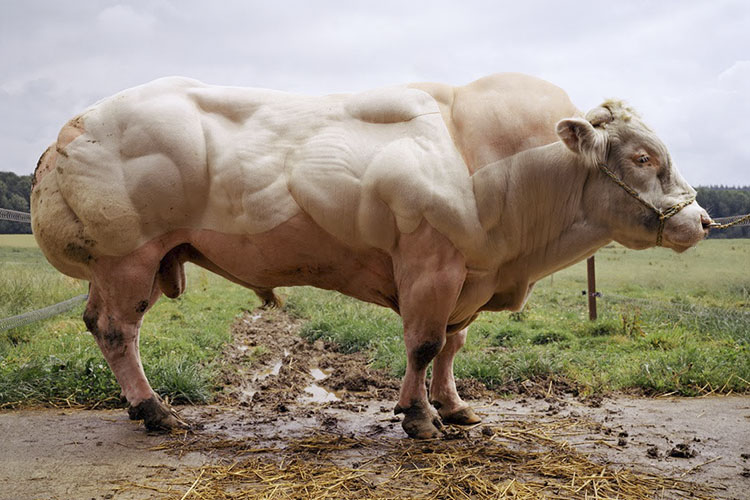 “Reading Between the Lines” Church: Getting There

The Reading Between the Lines Church is in the countryside of Borgloon and can be difficult to find. There are two main ways to find it:

1) By Foot: The easiest way would be to go to the tourism office in the town of Borgloon and ask for specific directions. There is a walking trail that will take you from town up to the church.

2) By Car: When driving on N79 (Sint-Truidersteenweg), turn south on Grootloonstraat. This road will have an option to go right immediately – take this right. Then continue on the road for a few hundred meters and you will have another option to go right. Take that right also. It will feel like you are on a farmer’s service road, but continue up the road and you will see the church on your right-hand side.

You can also take a look at our map, where we have placed a tag directly where the church is.