Netherlands: The Windmills of Holland 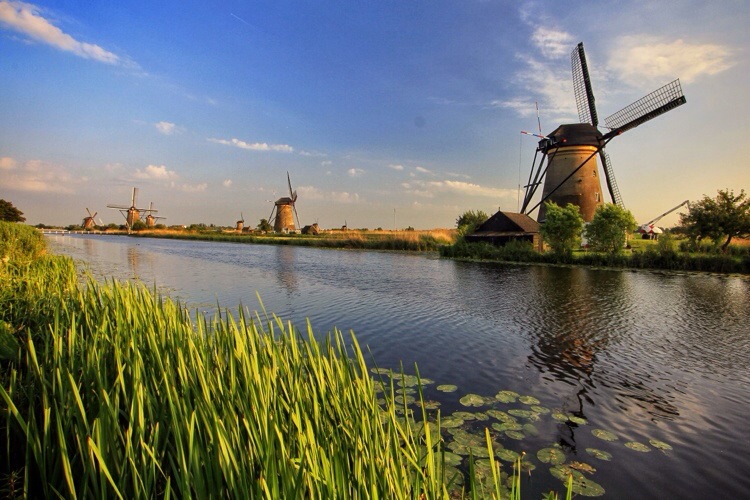 We found one of our favorite spots in the Netherlands: Kinderdijk!

Often when people think of Holland, they think of windmills. But up until now we hadn’t seen too many, especially of the traditional kind. Kinderdijk is a town with 19 preserved windmills surrounded by canals.

The windmills at Kinderdijk are a UNESCO heritage site, but unlike many of these sites, it remains calm and relatively unexplored by masses (maybe because it’s a bit out of the way and harder to get to). But this made it so nice to visit, as the town is quaint and the windmills are sprinkled throughout farmers fields, canals, and among walking paths. 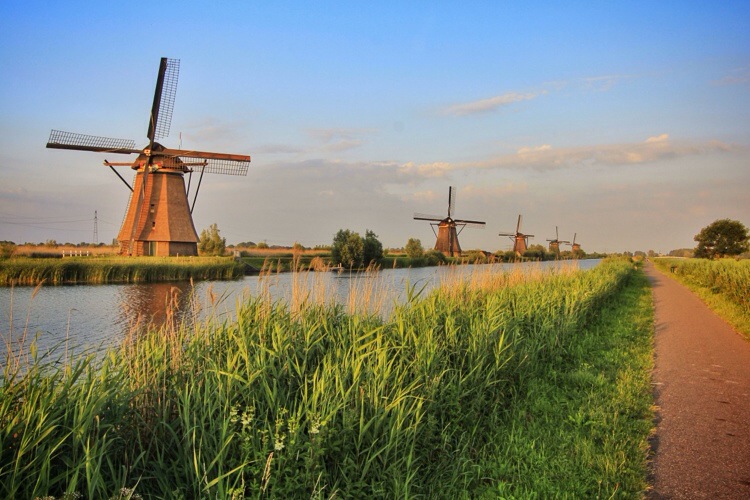 We discovered the windmills were originally put up to help pump water: the area of Kinderdijk is one of the lowest in the Netherlands and thus would frequently flood. The windmills were installed with a series of canals to pump the excess water back out to sea. 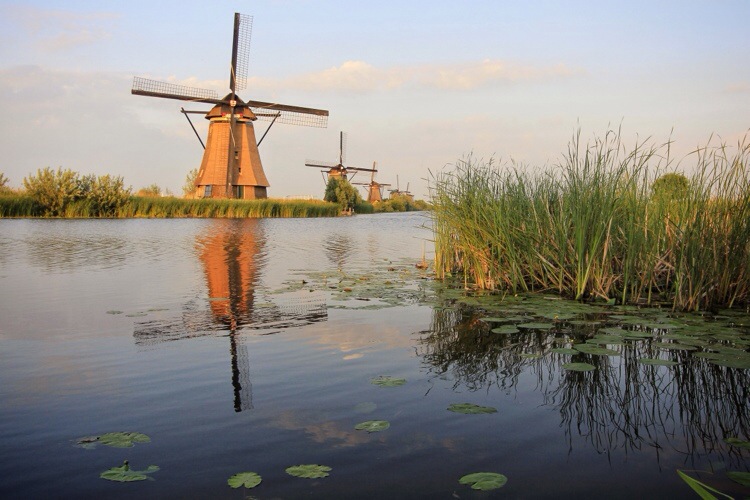 Over the years when pumping stations made the windmills obsolete, they were converted to be used for other purposes such as manufacturing, food processing, or – our favorite – for personal homes. Many of the windmills we saw had families living within them with gardens all around.

We saw them just as the sun was setting and no one around but a few farmers and people walking their dogs, which made for a beautiful stroll: 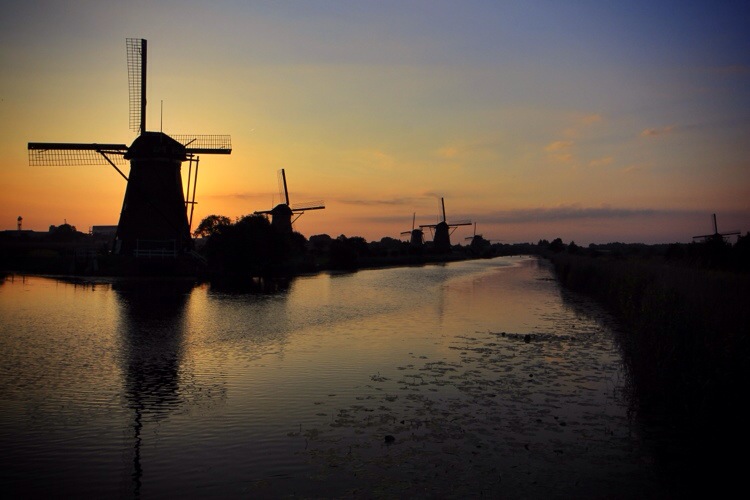 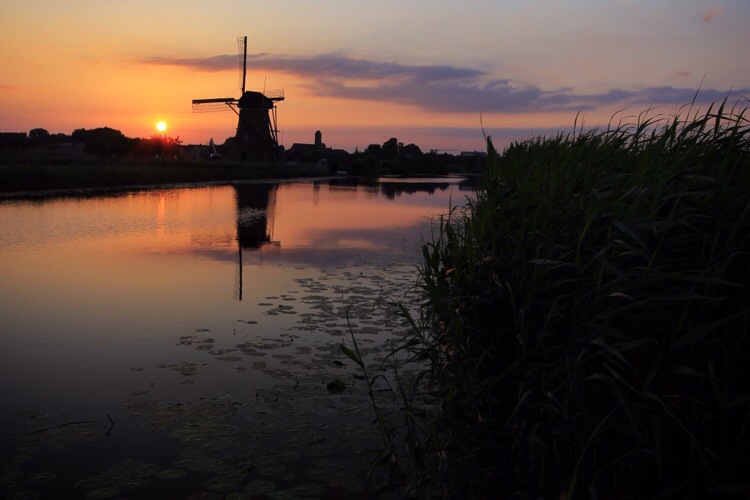 Kinderdijk is accessible from Rotterdam by three methods:

1) Waterbus: During the daytime hours it is possible to take a waterbus which departs from under the Erasmusbrug and takes approximately 35 min.

2) Bus: Public transit is available until 11pm and requires you to take bus 90 from Zuidplein (south station) which leaves hourly and takes 45 min. This is the route we took.

3) Car: Driving a car or taking a taxi would be the quickest option taking under 30 minutes, but also the most expensive.

However you get there, it will be worth the trip. Our advice would be to arrive around sunset for dramatic pictures, the best views, and the least amount of tourists.