Skydiving in the Snow 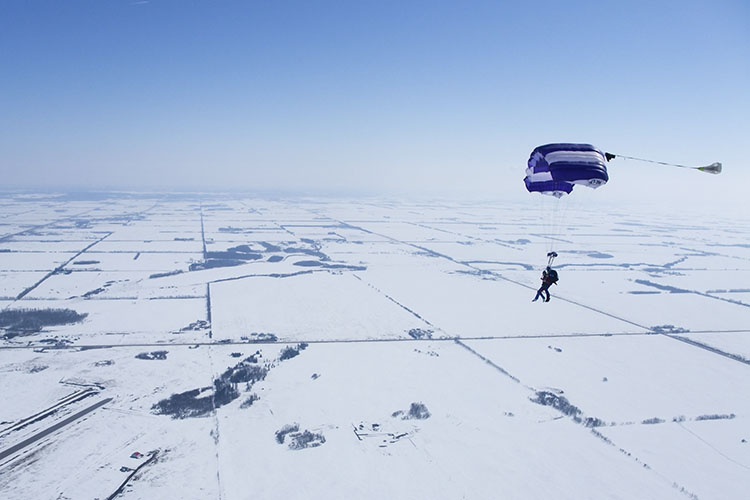 What better way to celebrate a birthday than skydiving?! 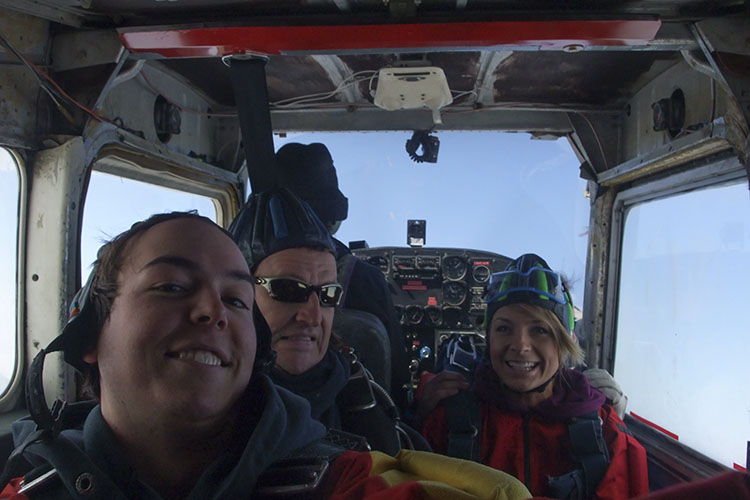 That’s what Shane figured when he suprised me with this gift on a wintery day. This is what you get with unpredictable Canadian spring weather – snow in April! 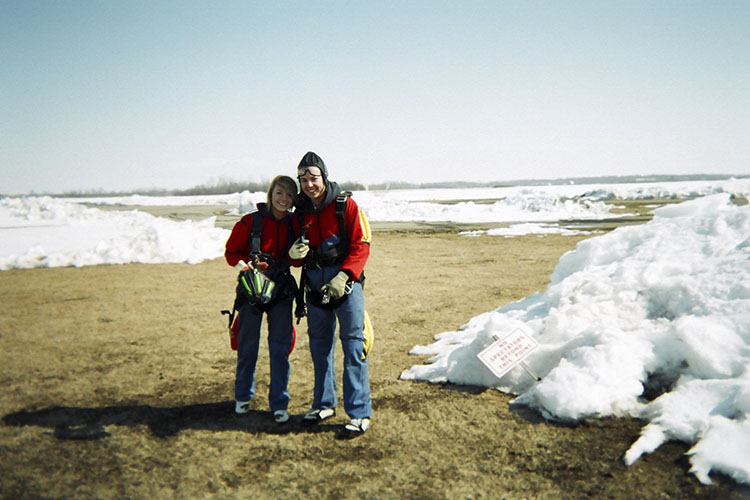 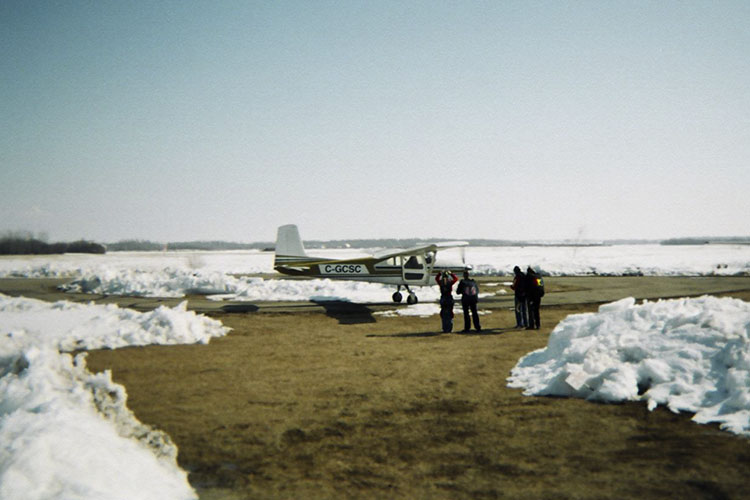 We had an amazingly fun time – nothing can describe the initial jump out of the plane and the feeling of free-falling. My skin felt like it was going to peel off my face (especially with the rush of freezing cold air) and the ground seemed so far away, yet approached so quickly.

When we finally opened the parachute and floated down, it felt like we had all the time in the world to look out on the snowy white fields. Exciting view, isn’t it? ;) 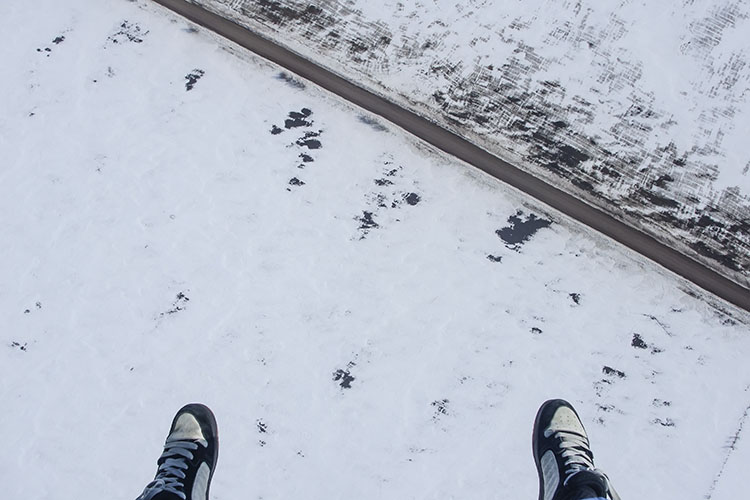 My favorite part was the landing… where we were told to lift our legs straight out and slide into the snow on our bums. Shane, being the least flexible person I know, couldn’t hold his legs out and instead landed almost right on his feet. His feet dug straight into the snow, and him and the hefty gentleman attached to his back fell straight into the snow like a falling rake. Their hands were tied up in the parachute controls, meaning they both fell face first into the snow, with one on top of the other. A hilarious sight! 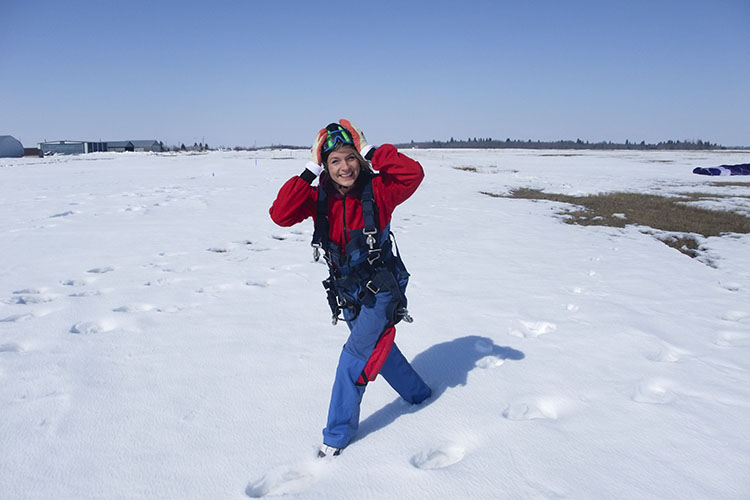 It was so much fun, I wanted to head right back up after we landed!