Day 2 of our Road to Hana trip was driving the “classic” road that most people take, just in the opposite direction heading north from the town of Hana. See the highlights from our first day here. 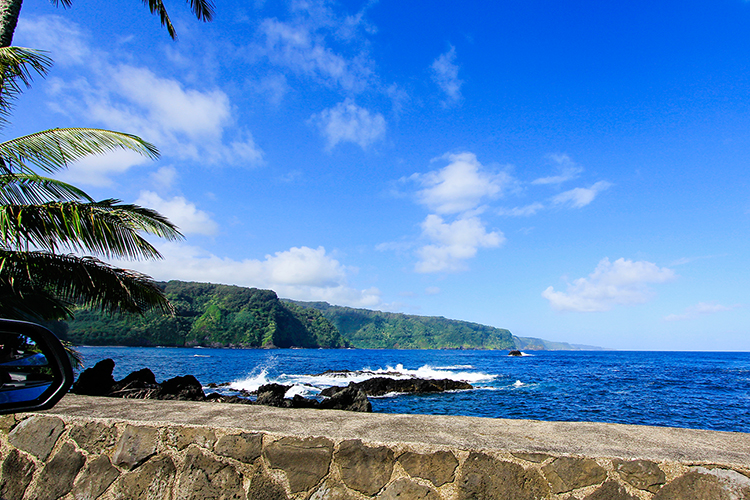 The town of Hana and surrounding region has been well protected from mass development and commercialization, so there aren’t many places to stay overnight. We therefore decided to camp under the stars, listening to the waves crash onto the shore all night. It was the first time we’ve camped in 30 degree weather, sleeping on thin sheets rather than our usual thick Canadian sleeping bags. 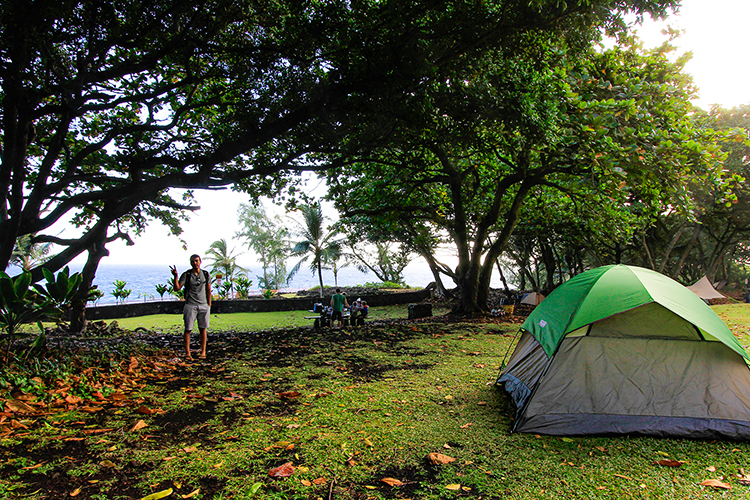 As I mentioned yesterday, Hana is known for its rainy weather (how else do you end up with such lush tropical rainforest?), so we should not have been surprised when there was a torrential downpour in the middle of the night. I was sure we’d drift away into the ocean in our little tent, using our sleeping bags as floatation devices.

But, in the end we survived and woke up to the pleasant suprise of having nearby black sand beach all to ourselves… 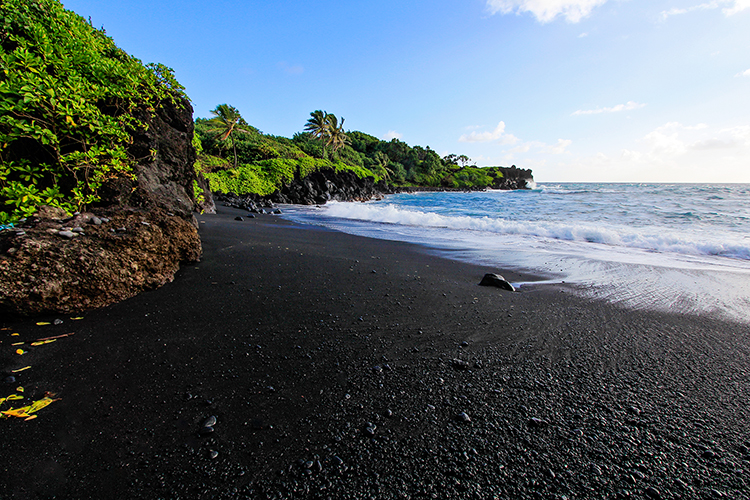 The Wai’anapanapa National Park is where we spent the night (do you struggle pronouncing that as much as we did?), which is home to the already mentioned black sand beach, as well as lava tubes and underground fresh water pools to bathe in. 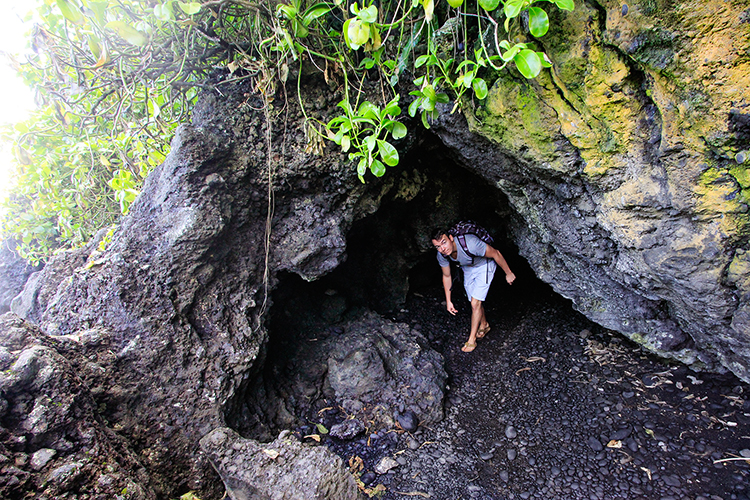 The black pebble beach was our favourite – a small little cove with powerful waves and tiny black rocks that don’t stick to you everywhere like sand. 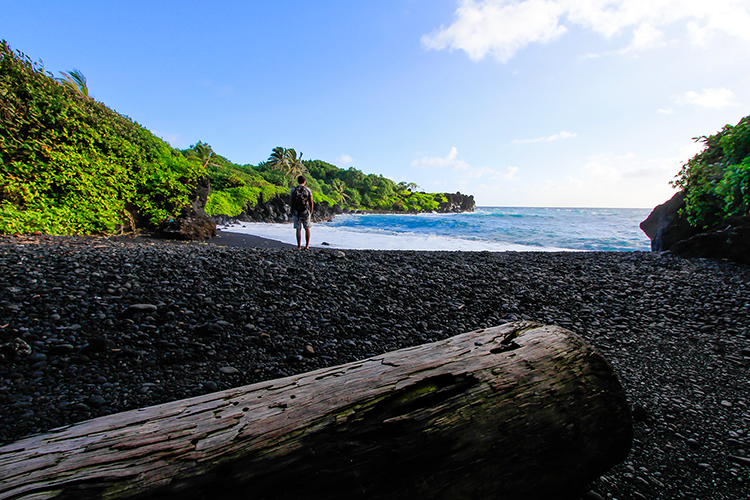 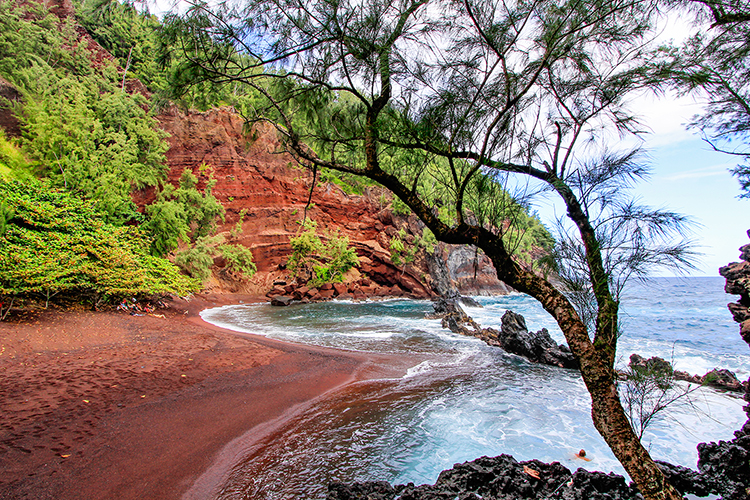 The cove is beautiful but requires a short, somewhat dangerous cliffside walk to get into it. Once there, the rusty red rock and kool-aid blue waters are stunning. The unique rock color comes from the cinder lava cliffs that have eroded from above. The entire bay is guarded by a row of jagged lava rock which makes it look even more extraordinary (and gives you a somewhat calm place to swim!). 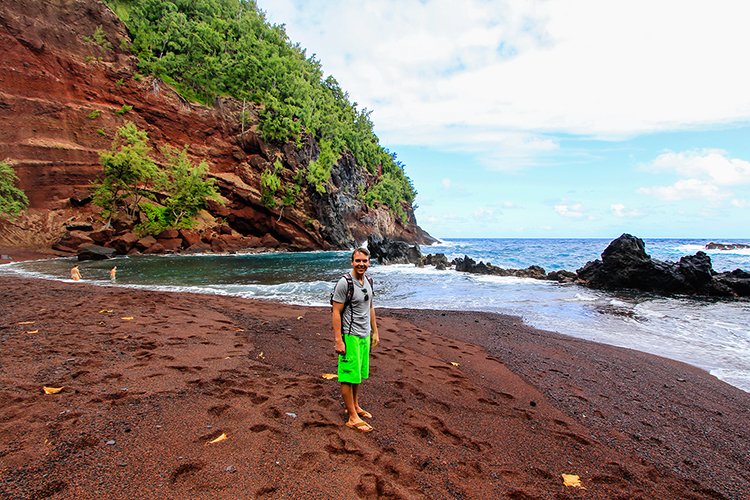 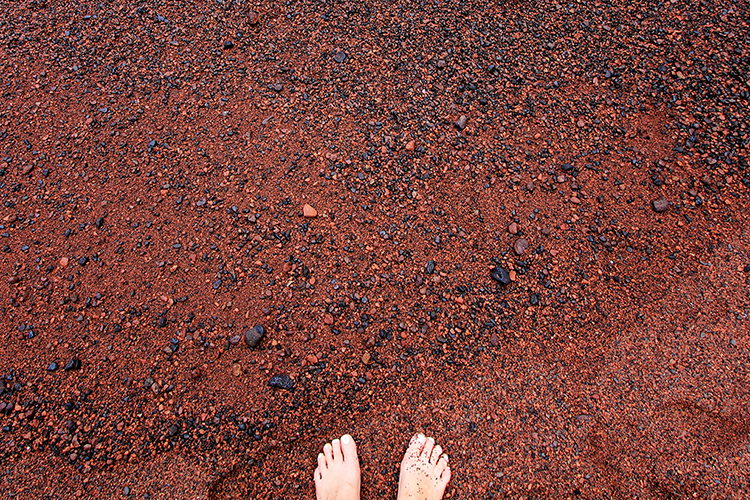 As is the trend in Hawaii with hidden gems, visiting this beach also technically requires trespassing. The postage along the route, warning of the possiblity of landslide and no liability on the owner of the land, seems to suggest they somewhat approve of hikers on the path. Just be careful, as a number of people have had to be air rescued out of the area in the past.

Other than being a pretty little peninsula with waves that crash against its rocky shoreline meters into the air, this is also home to the island’s best banana bread. 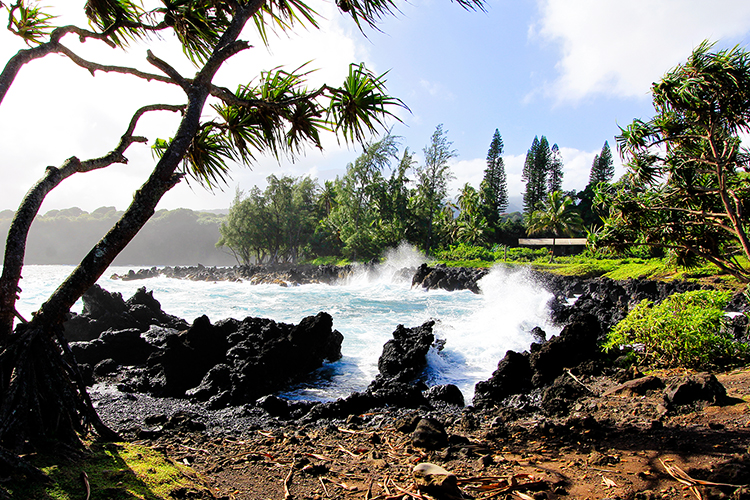 This is in comparison to the other highly rated spots, including Julie’s banana bread which requires a deathly drive up a one-way cliff side road on the north side of Maui. Aunt Sandy’s was definitely our favorite. Shane made the good call of purchasing two loaves, which would be our breakfast for the rest of the trip.

The peninsula is also home to this cute little church built in 1856, which was the only building left standing on the peninsula after a deadly tsunami hit in the 1940s: 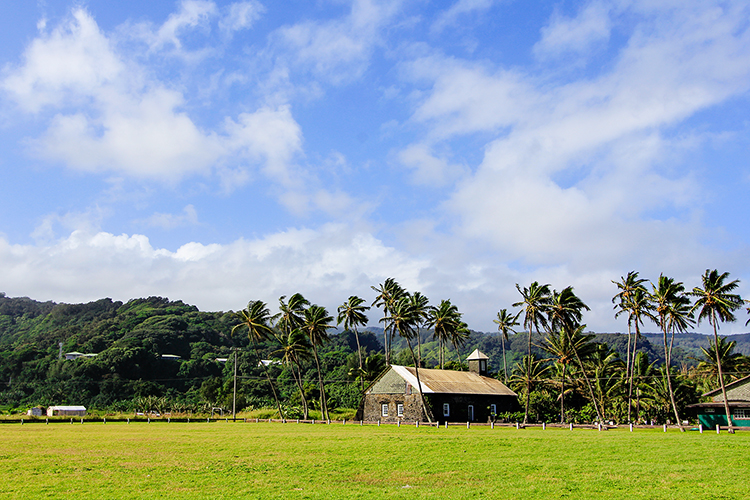 That wraps up the Hana highway! Next we drive the other best road in Maui: the Kahekili Highway to the west where we go back to resort beachside living… 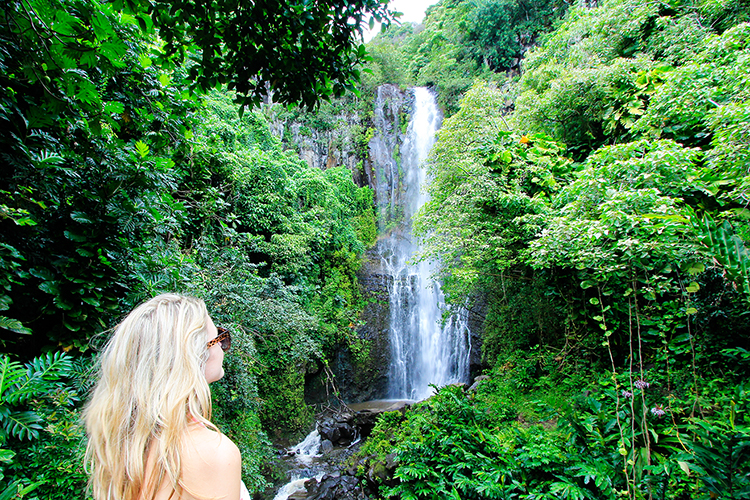