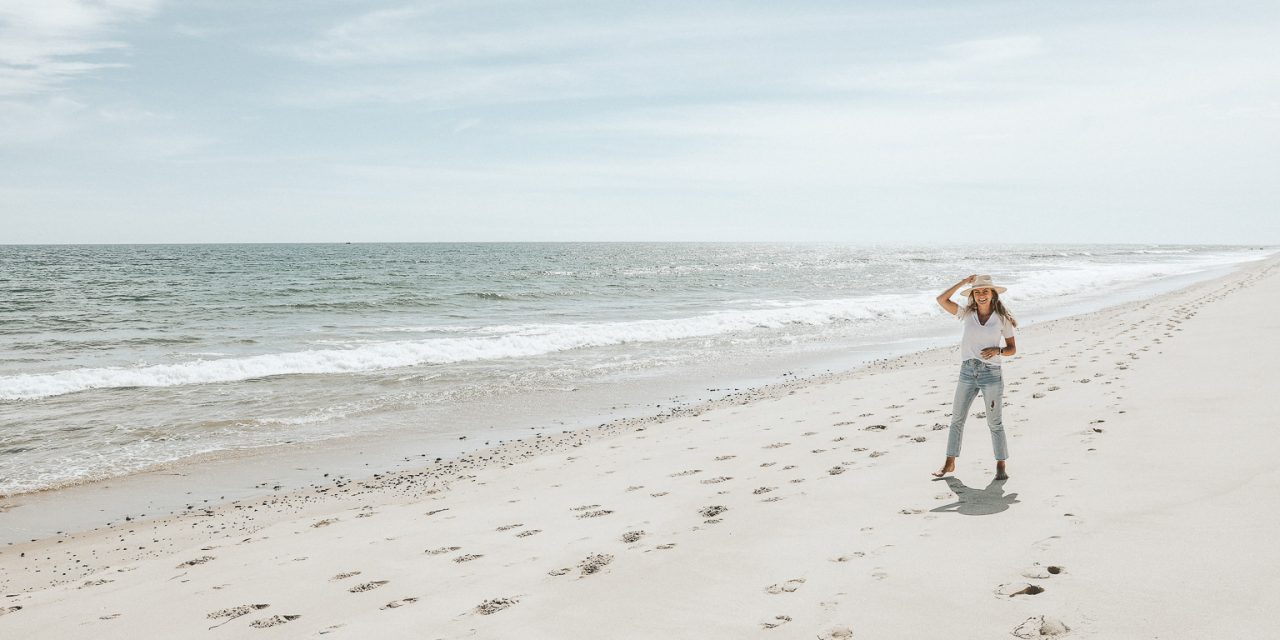 When you ask an average Bostonian what they’re doing on a summer weekend, the majority will tell you they’re “heading to the Cape”. Cape Cod is a cape extending off the southeast corner of Massachusetts, and looks much like an arm flexing in the ocean:

The Cape is quite large, including numerous towns as well as islands like Nantucket and Martha’s Vineyard. This means there’s tons to see! 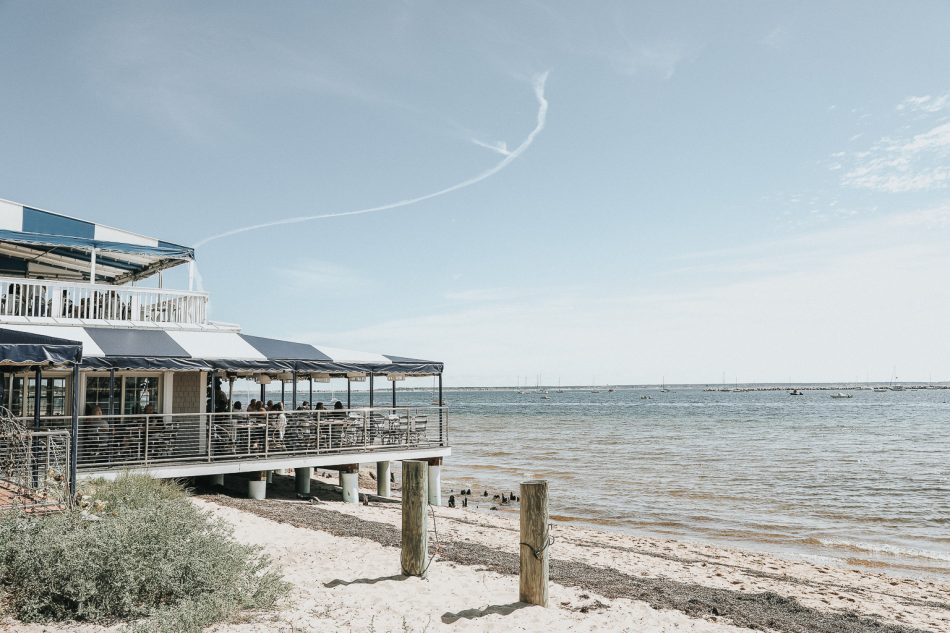 Provincetown: The Town of Drag

At the very tip of the cape is Provincetown, or “P-Town”, a lively town known as a vacation destination for the LGBTQ community. Pride flags adorn the streets, which are full of art galleries, drag queen shows, and party venues. There’s plenty to do for families as well, with penny candy stores and souvenir shops. Everyone seems to flock to this vibrant and fun town in the summer, with the population spiking up to 100 000 from the usual population of 3000. 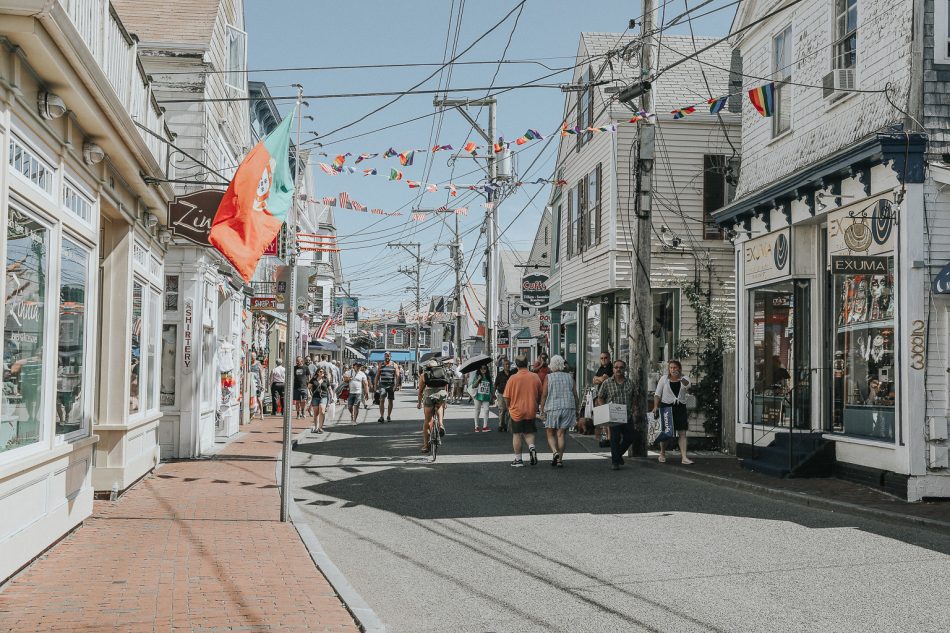 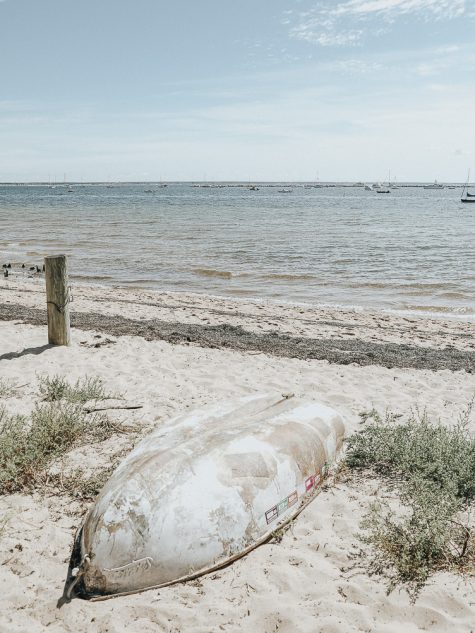 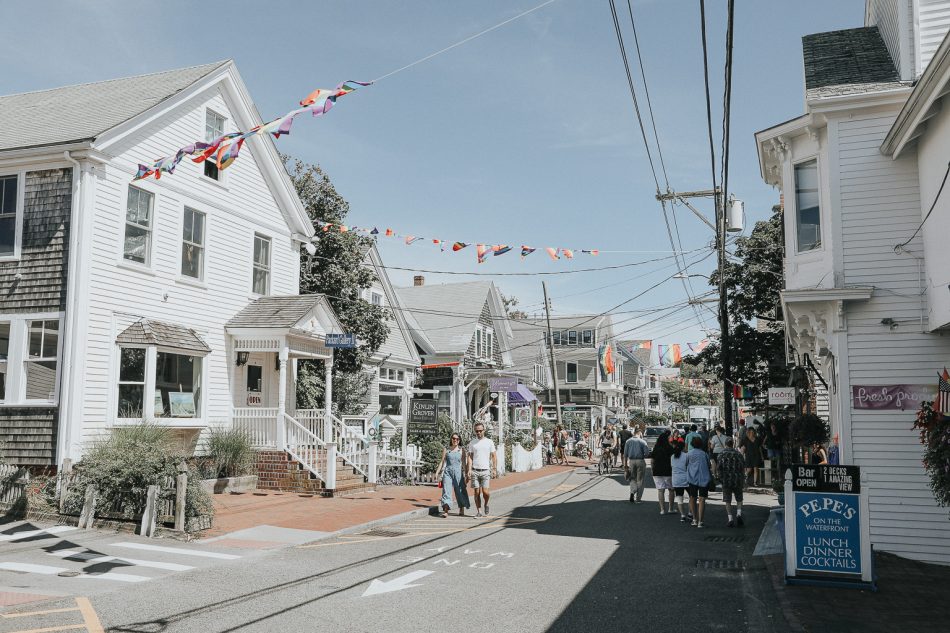 Just outside of Provincetown is Cape Cod’s untamed coastline, with numerous hikes and seashores to explore. The first hike we attempted was the Great Island Trail.

I say attempted because we hiked in the late afternoon as the tide was coming in. As we walked the trail, a slow stream of water started to sneak up on our heels. In a funny way it seemed like a monster out of a horror movie, it’s multiple arms of water slowly creeping up to block our every path. Eventually we were obstructed in almost every direction and had to turn back, watching other hikers wading through knee deep water back to their cars. 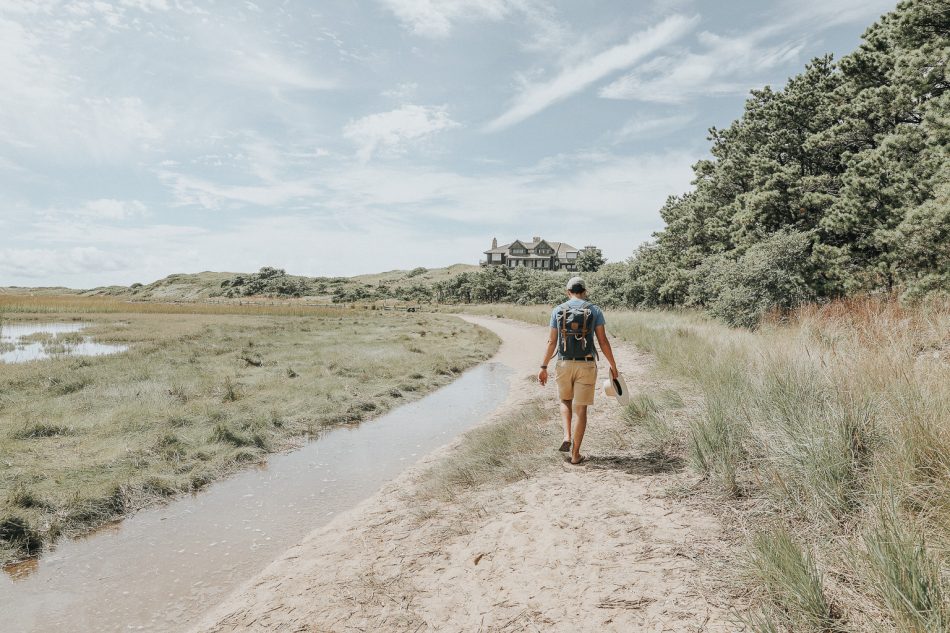 Which was too bad, because the scenery was beautiful and we would have loved to see more!

We detoured north and headed on our next trek, the Dune Shacks Trail, which was thankfully more successful. 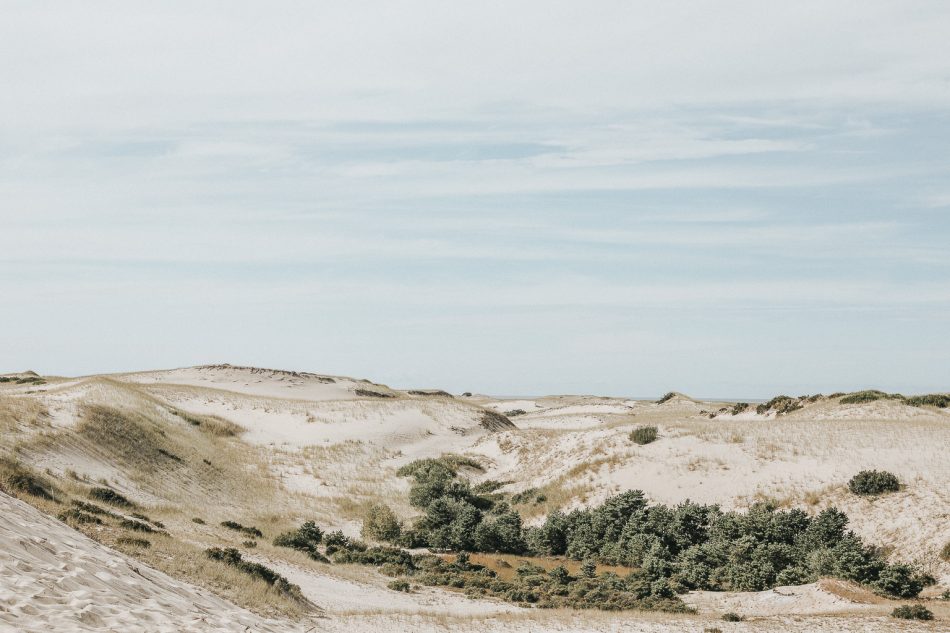 The fine white sand made hiking in our shoes impossible. It didn’t take long before we kicked off our sandals and climbed the dunes with our toes in the sand. If only every hike could feel so freeing! 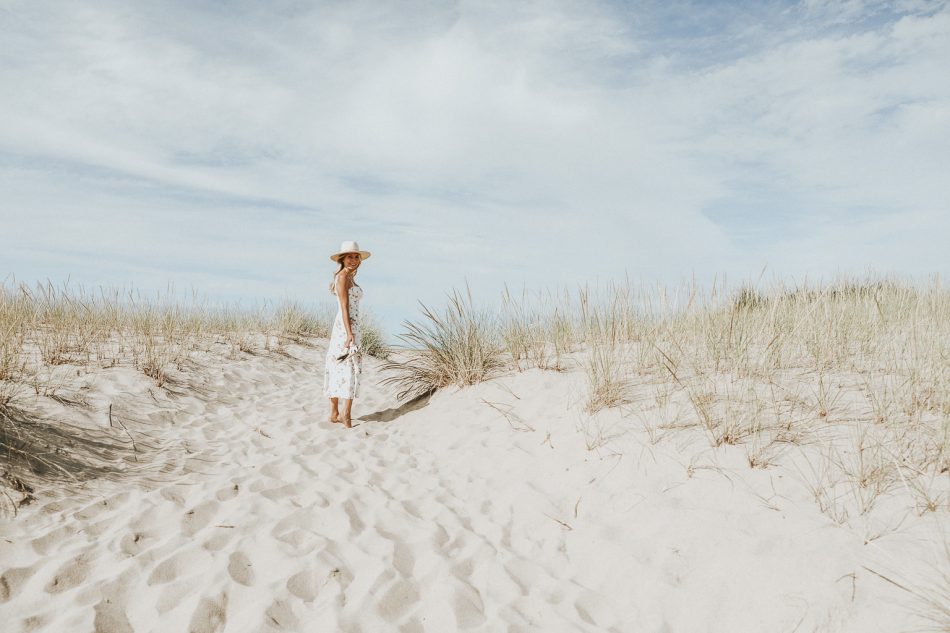 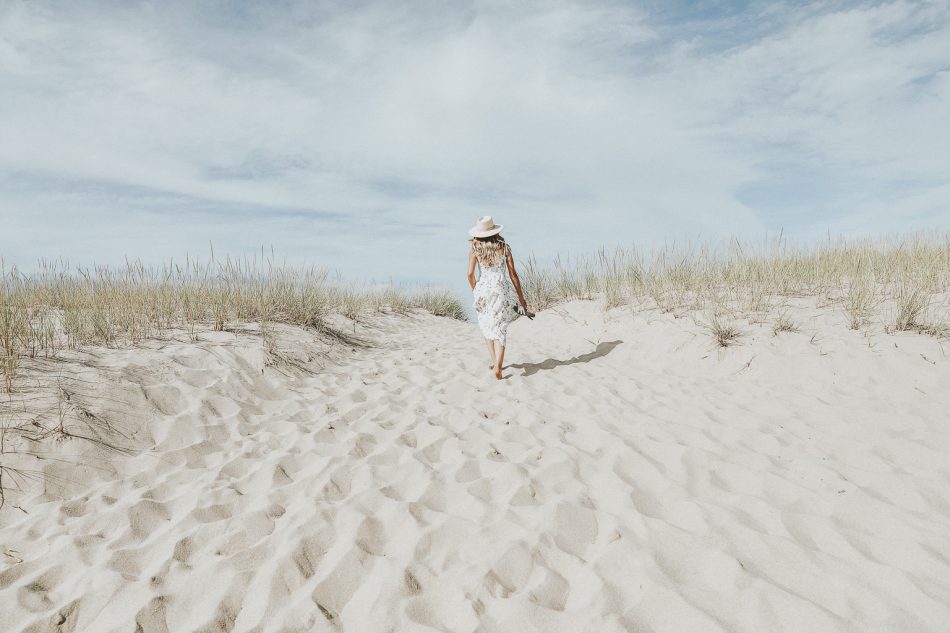 The Cape is reportedly home to one of America’s best beaches, Coast Guard Beach. This is part of the long sandy stretch of the National Seashore, where the white sand seems to go along for miles and pods of seals frolic in the water.

As we walked along the beach, purple flags waved above us. The great white shark painted in the middle, along with people standing cautiously along the water’s edge, was a reminder of the frequent shark sightings around Cape Cod. 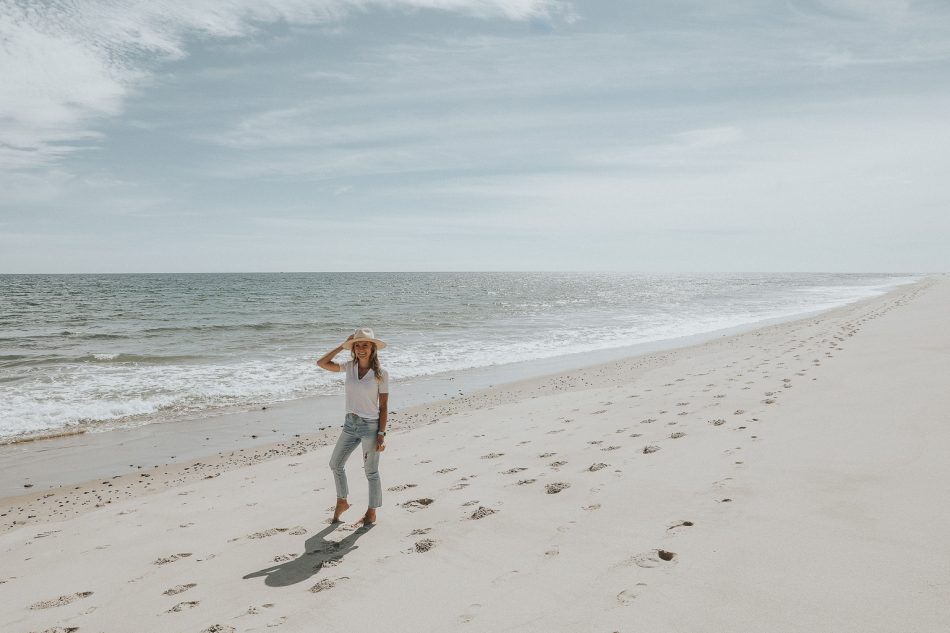 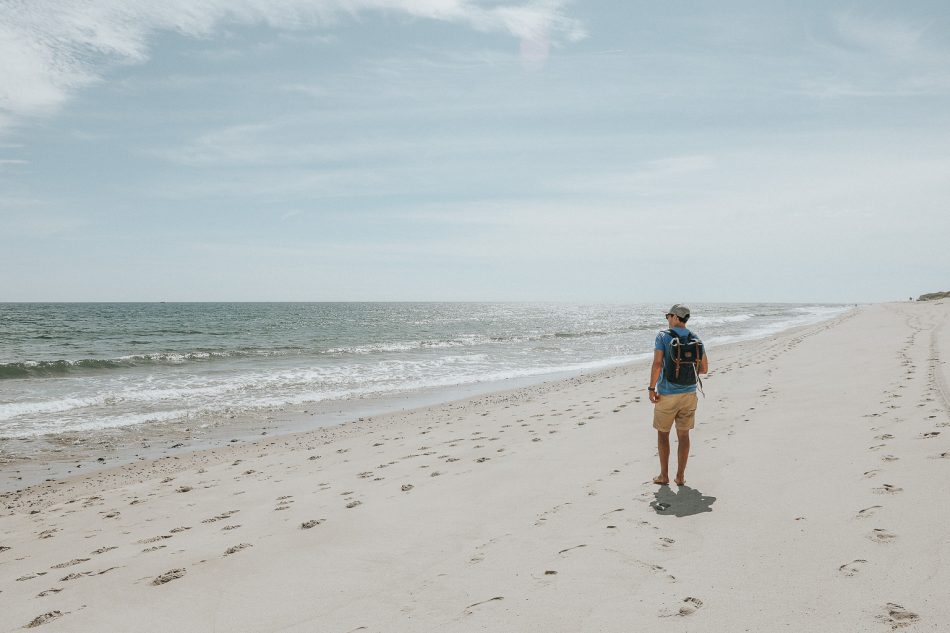 It reminded me of a week earlier, when co-workers were exchanging the most recent number of shark sightings on their shared app “Sharktivity”. This seems to be a daily summer pastime, checking on the regional shark activity. It’s no surprise though, with the recent spike in shark sightings around the Cape. The cause is felt to be related to increasing numbers of nesting seals in the area. Regardless, it made us feel a little hesitant to jump in… 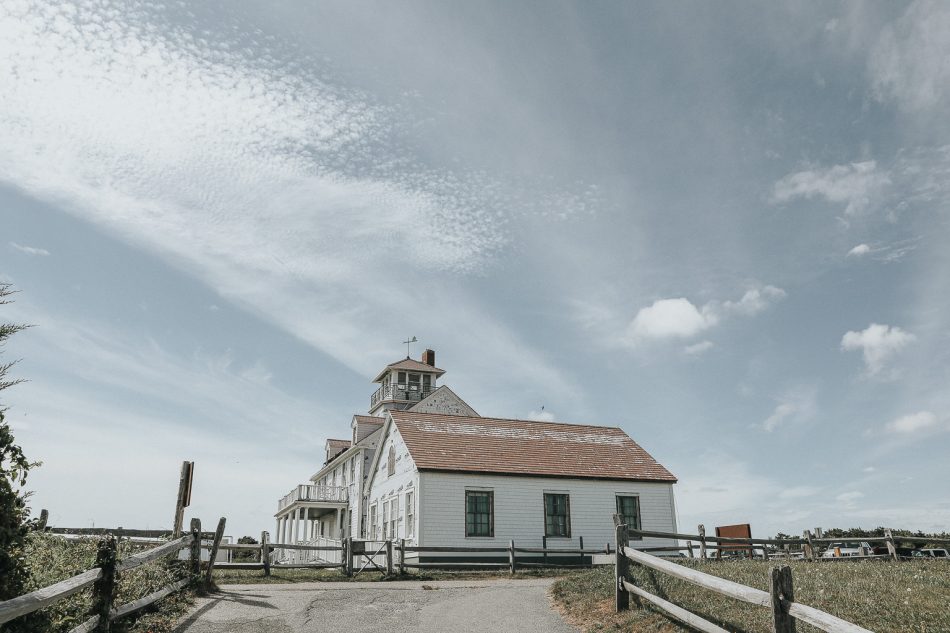 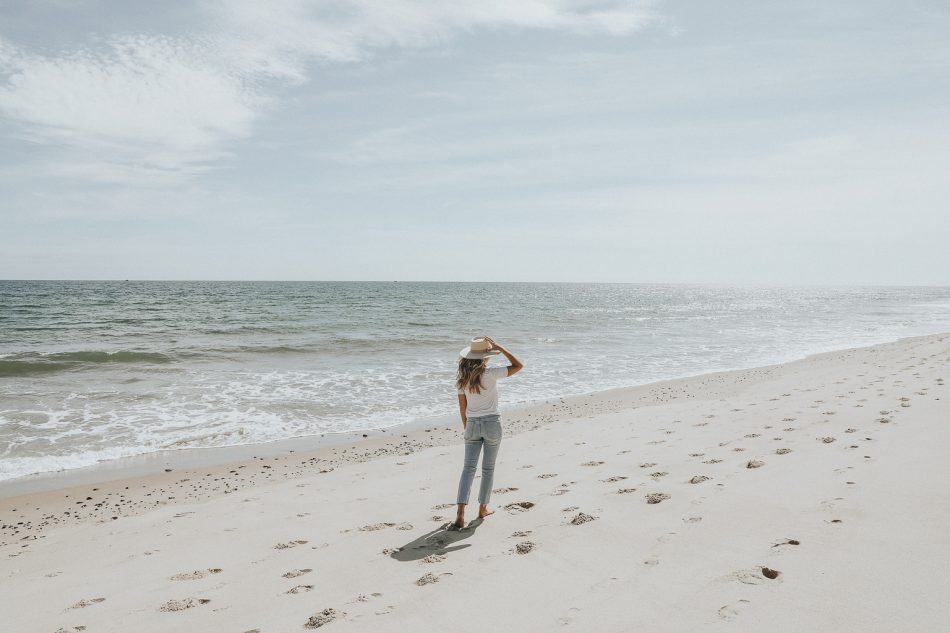 Every Good Cape has a Winery

Our evening ended off at Truro Vineyards, a newer winery near the end of the cape which is family run. hosting “Sunday Fundays” with wine and spirit tastings, live music, and snacks on blankets in the grass. 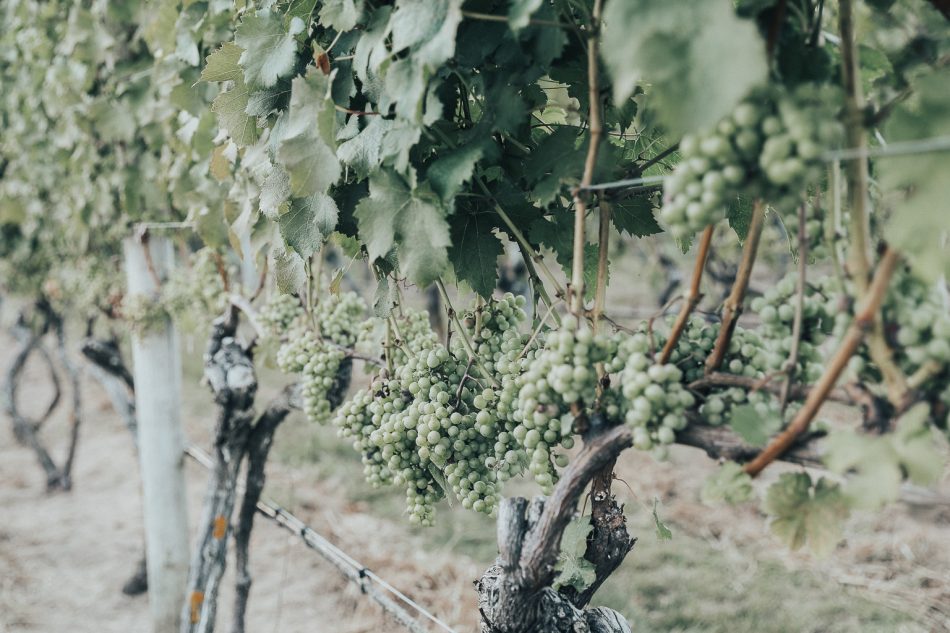 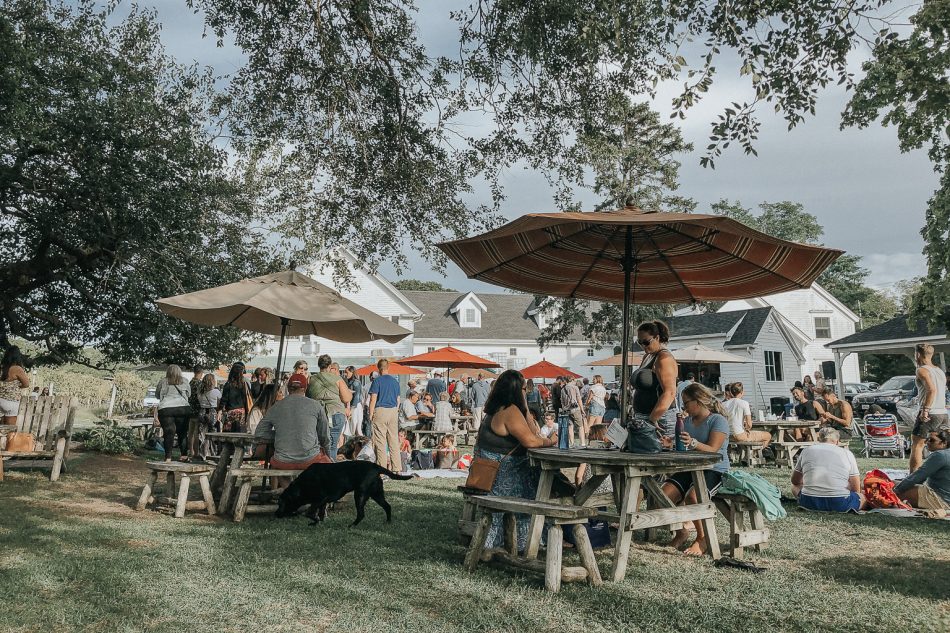 A great end to a wonderful day on the Cape! 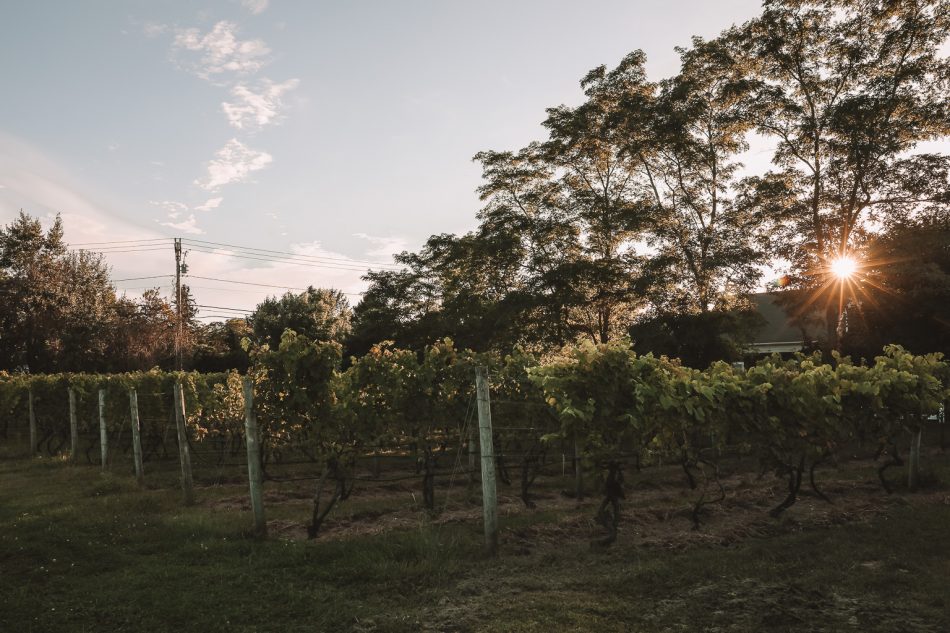