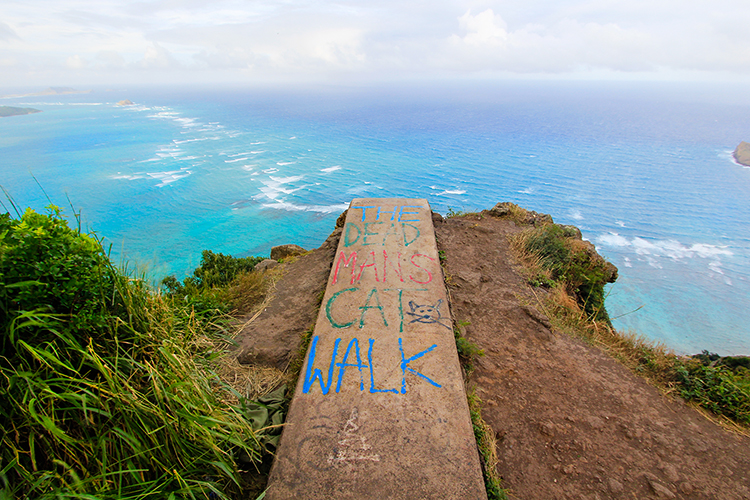 Oahu is small enough that you can drive its entire perimeter in just over 2 hours! So we spent our first day on the island doing exactly that. 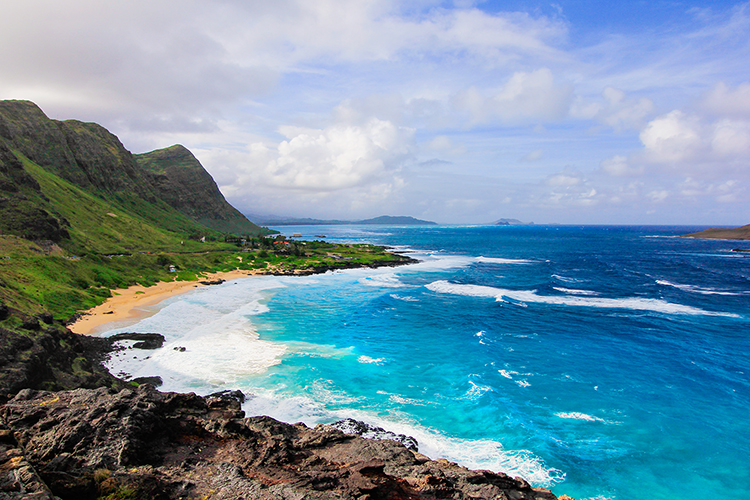 … in the comforts of our compact little Fiat 500. You can imagine how quickly we zoom zoomed around the island in this: 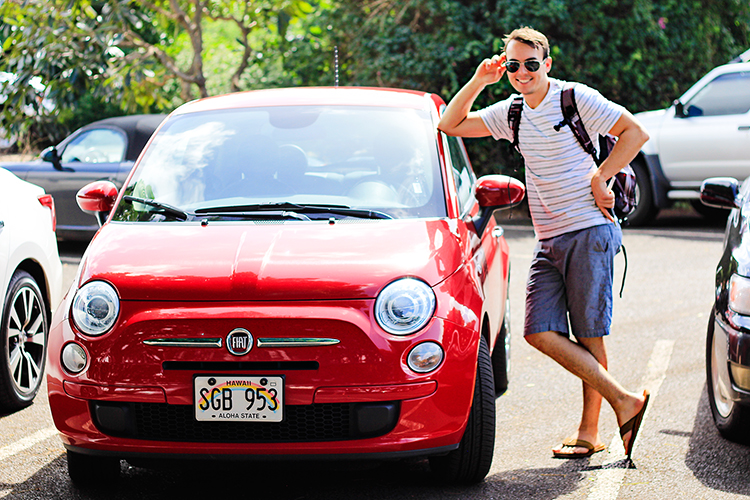 The North Shore on Oahu is a famous surf town known for its massive waves; it annually hosts the Triple Crown of surfing (equivalent to the Super Bowl for surfing). The lazy surf town nature extends to its lack of big resorts, hotels or restaurants. Instead, the North Shore is full of little roadside shops and numerous food trucks. 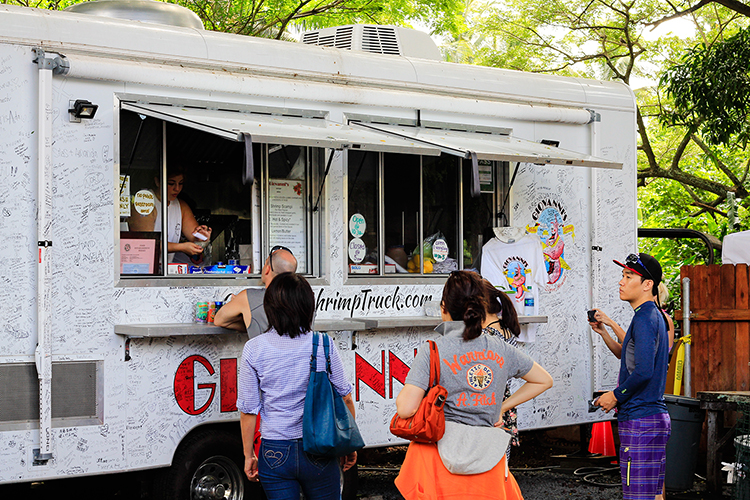 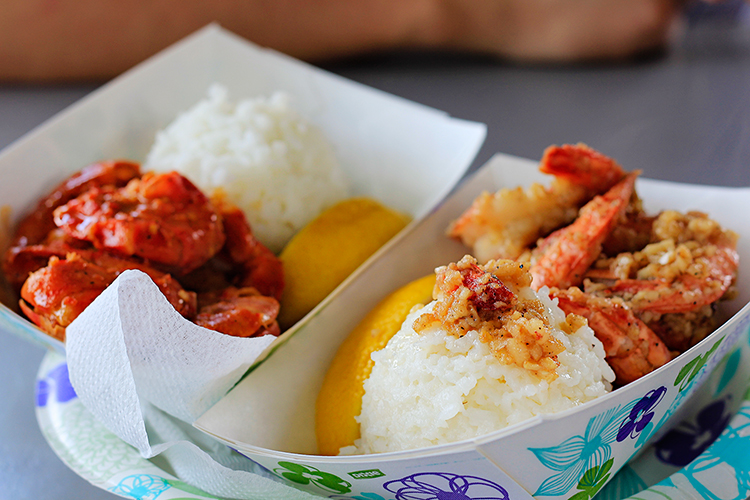 We couldn’t resist stopping at Giovanni’s shrimp truck – which is said to be the best shrimp on the island. We tried both the classic and spicy Shrimp Scampi. The spicy one set our mouth on fire (no wonder they informed us “no refunds”) so naturally we had to cool it down with Hawaiian shaved ice. At which point Sandra told me she would be having a minimum of one of these every day. 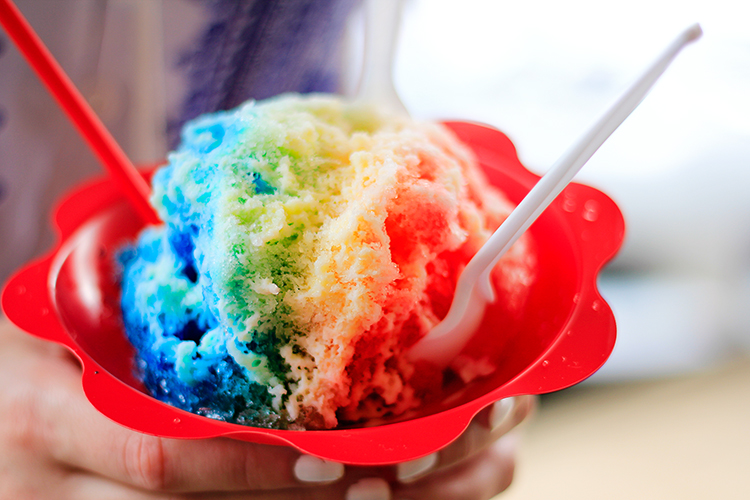 Hawaiian shave ice is a big deal here and found all over the island. However, the icy dessert was actually founded by the Japanese. Their plantation workers brought it over from Japan when they immigrated to Hawaii, carving the treat from big blocks of ice using their Japanese swords from back home!

The second largest ethnic group in Hawaii are the Japanese, and signs of their culture are found throughout the islands. Finding this zen-like Byodo-in Temple made us feel like we were suddenly transported back to Japan: 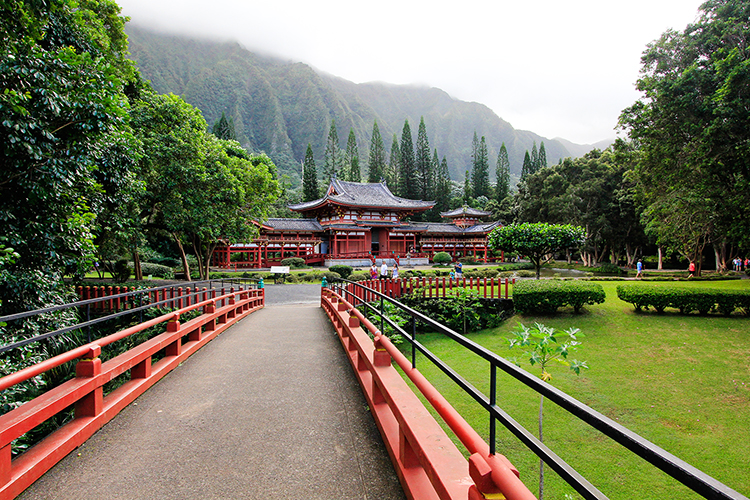 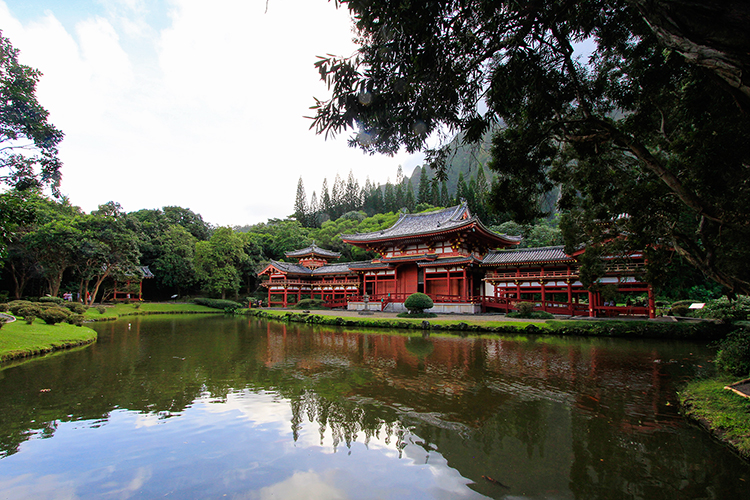 The most eastern tip of Oahu is known as Makapu’u, a scenic spot known for body surfing and whale watching. Beside it is a little island called “Rabbit Island”, named that way as some think it looks like rabbit ears coming out of the ocean (and because long ago a rancher released a bunch of rabbits there which mass populated the island).

Makapu’u Point also has some small tidepools that people like to lounge in, as they are calm and away from the large tides. 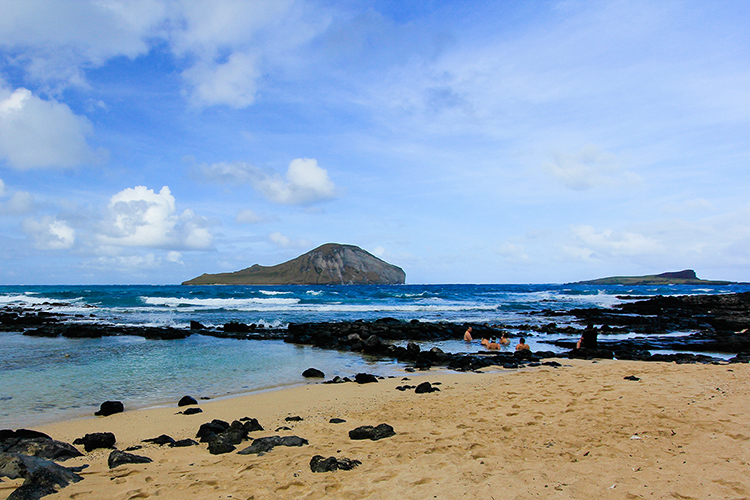 No one truly knows the purpose of the Deadman’s Catwalk. Some say it was a launch site for hang-gliding and others say it was a concrete base for a lift system up the mountain.

This hike is technically illegal, as it requires trespassing into private property. After hopping a gate, passing six “no trespassing” signs, and going around this sketchy fence perched out on a cliff, you can make it to the scenic point: 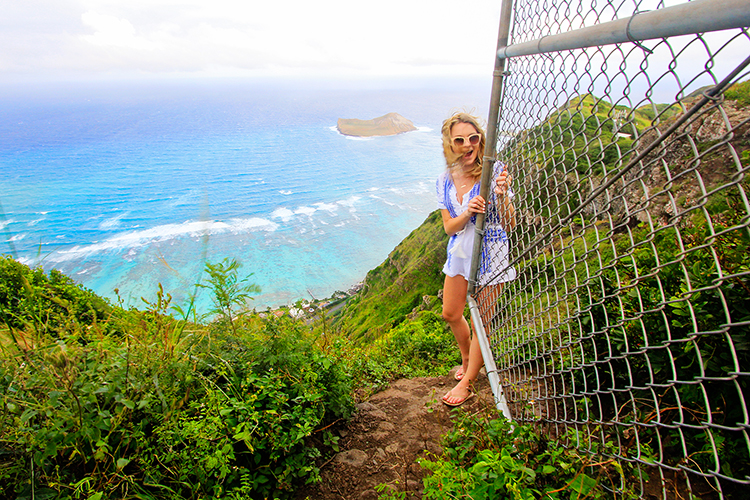 The hike is short (roughly 1 hour round trip), but well worth the beautiful views overlooking the island as you stand perched out on the catwalk. We were not as brave as others who dared to do handstands right on the edge… 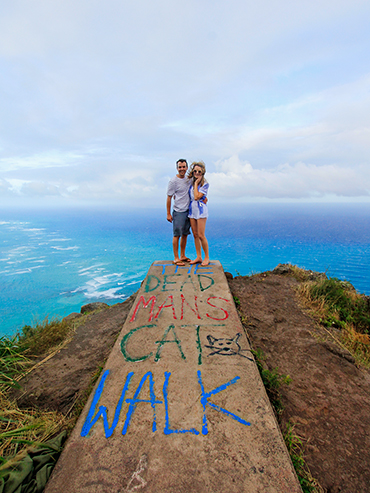 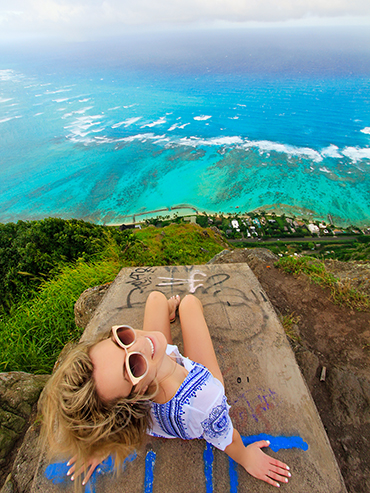 On the way down we ran into some workers on the property and figured we were in trouble. Instead, we heard a loud voice yell our way, “Terrible view, isn’t it?”.