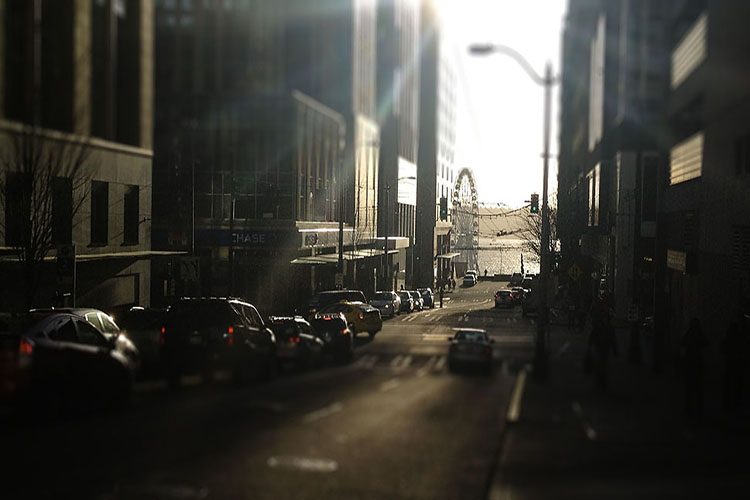 Time to head home after a relaxing few days in Seattle. I found Seattle to be a casual city; there was no sense of urgency or arrogance that you sometimes sense in larger cities, and I felt it wasn’t trying hard to impress. 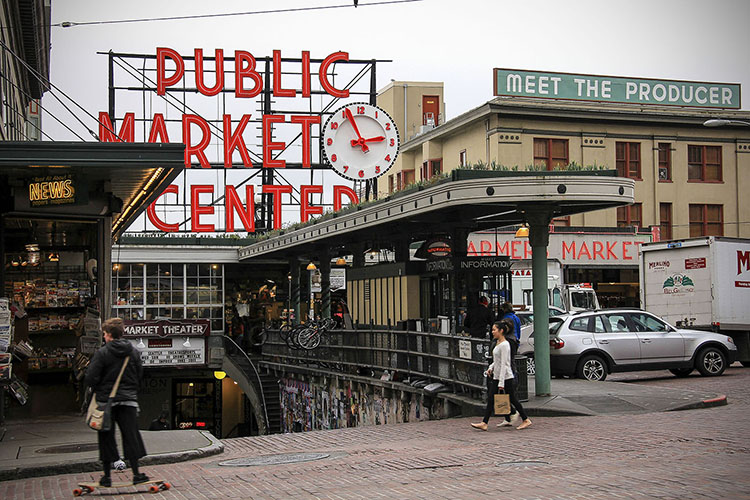 I definitely think the city is worth a weekend visit, and I bet it would be even nicer in the summer when more of the mountainous surroundings and bodies of water can be truly enjoyed.

Seattle has its own little underworld, the result of a time when the city was actually one story deeper into the ground. We found this intriguing and joined a nighttime tour to teach us more about the debaucheries that occurred here.

Unfortunately, the Seattle Underground City Tour was super painful, and Gabi and I were so happy we preemptively spiked our coke bottle with some alcohol. It wasn’t just us either, their faces reflected exactly how we felt: 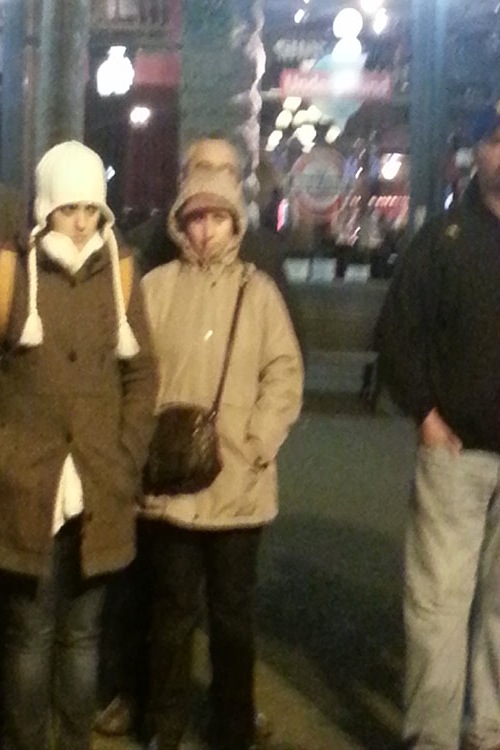 I am also thankful for the internet, where I learned more in 5 minutes about the underworld than the entire 1 hour tour. I’ll share with you the quick & simplified version, in case you care:

Basically, when Seattle was first built, someone didn’t consider the fact that it was near water (the Puget Sound) and that when the tide comes in, there is the potential to soak one’s feet and flood their basements. But people lived on and made do, because that’s what I assume people did back then. 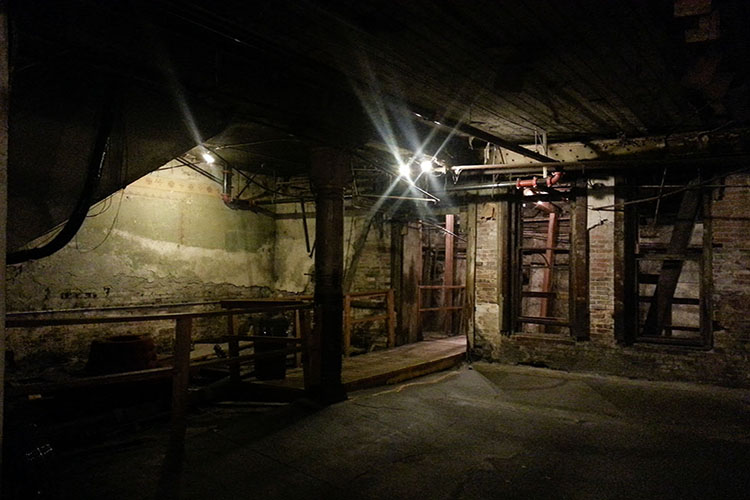 Then one day a fire destroyed most of Seattle, so people thought – yay, this gives us an opportunity to start anew and fix our mistakes. So they rebuilt their city, but this time they elevated everything one story up from the ground to account for the tides (plus, they built everything out of concrete and brick in case of another fire… smart).

The buildings and roads were elevated, and all was wonderful!

Except that they ran out of money before they built any sidewalks.

So for a period of time, people stepped out of their newly elevated houses, walked down a 35 foot ladder onto the old sidewalk, climbed a ladder on the other side back up to the road, crossed the street, and descended again onto the sidewalk. So silly!

Eventually, thanks to rampant prostitution and gambling, the city made enough money to finish the sidewalks as a result of an “entertainment tax”. They then attached some beams between the buildings and roads, covered them with some plates, and left a whole world of businesses and sidewalks untouched underground. 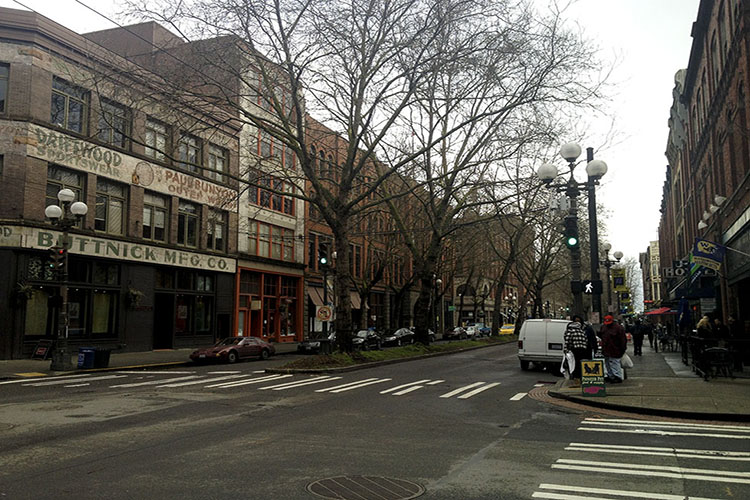 It was neat to walk around the old Pioneer Square area, where you can still see these I-beams between buildings and sidewalks, and still see stairs leading down to businesses below ground level.

I walked by these two, and just knew I had to have a lunch date with them.

And lastly, on our final night in Seattle we figured we should have a memorable dinner and make it a good one. Lobster Mac & Cheese, as well as sampling flights of Washington wines. A nice way to say goodbye! 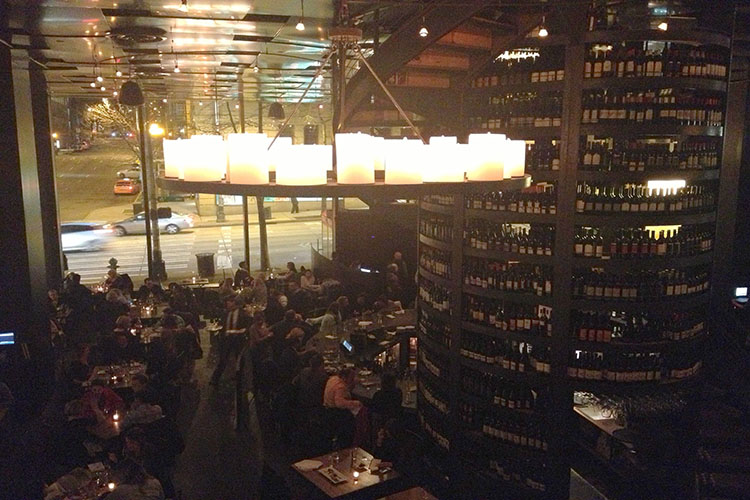 PS – Did you know that buses here drive down in the subway tunnels along with the trains?! So strange!