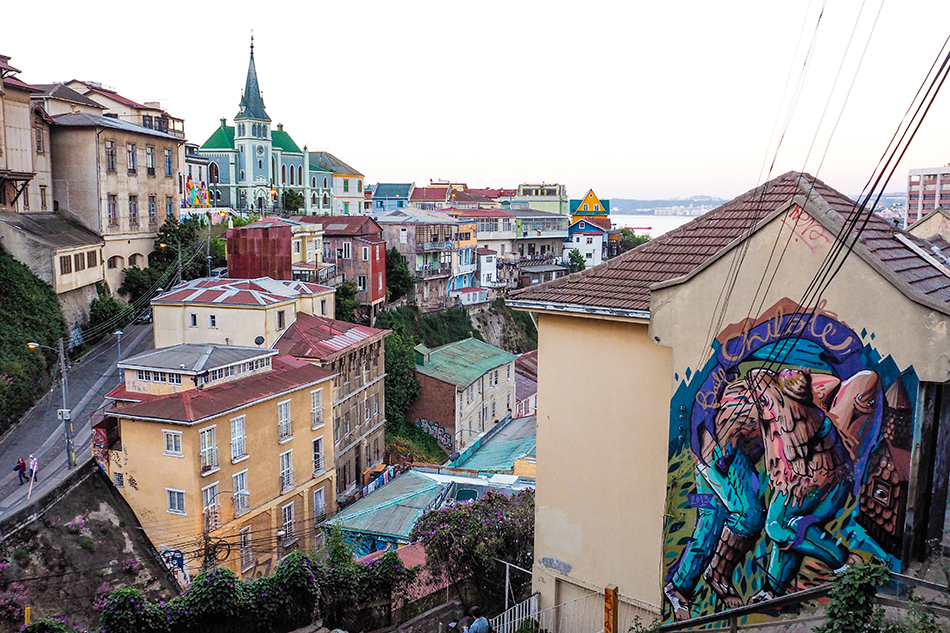 We landed in Santiago, Chile’s capital city, on our way to Patagonia. While spending a few days in Chile’s capital, we decided to make the short day trip to Valparaiso, a gritty yet colorful city which is the second biggest in Chile.

Valparaiso is a beautiful mess: a chaotic port city built into the hills, with crumbling houses and alleyways whose every inch is covered with graffiti. It is known as one of the most colorful cities in the world.

Street Art at its Finest

Valparaiso’s government supports local art, and graffiti has become an honoured art form (despite being illegal in the rest of the country). Walls of cafes, restaurants, and shops are all covered in colorful street art. The government holds competitions, and the winners are even provided with the goods necessary to paint the town. International artists are also often invited to contribute to the city’s art scene. 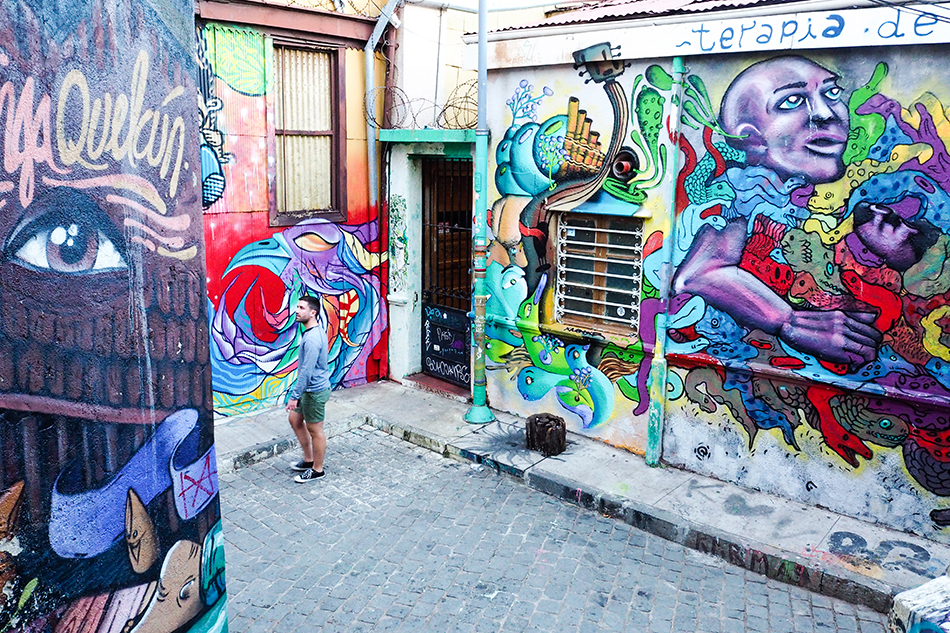 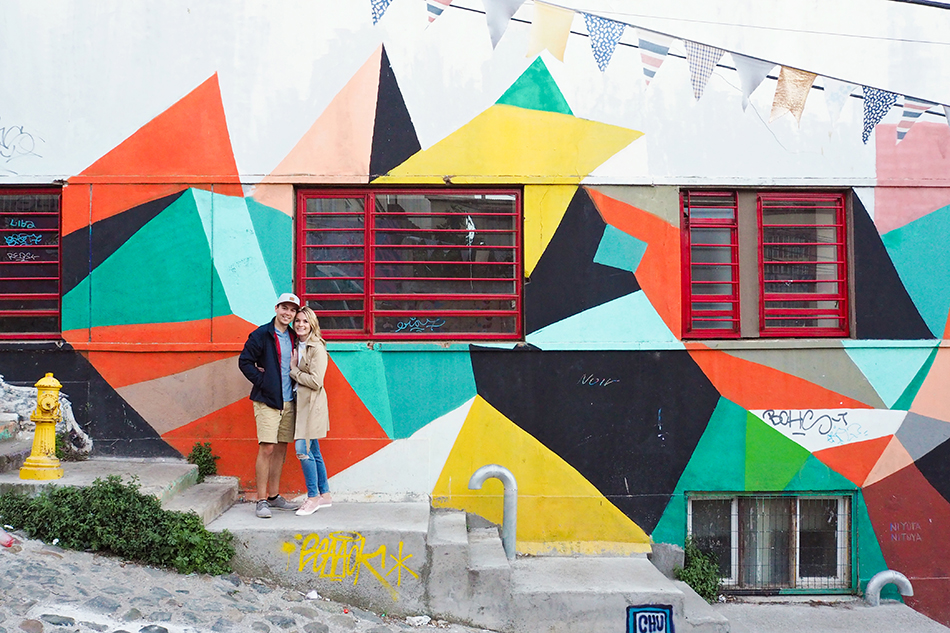 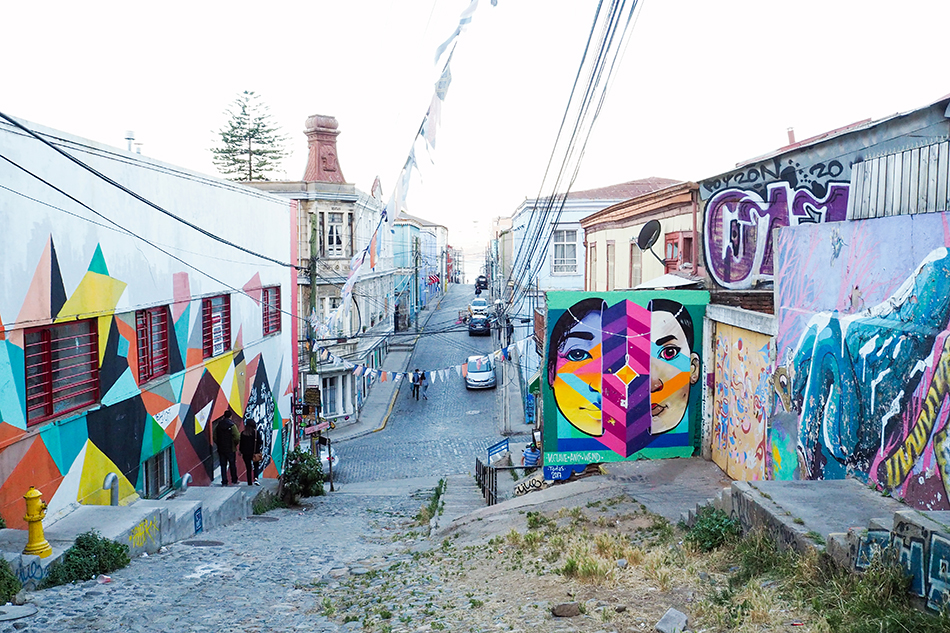 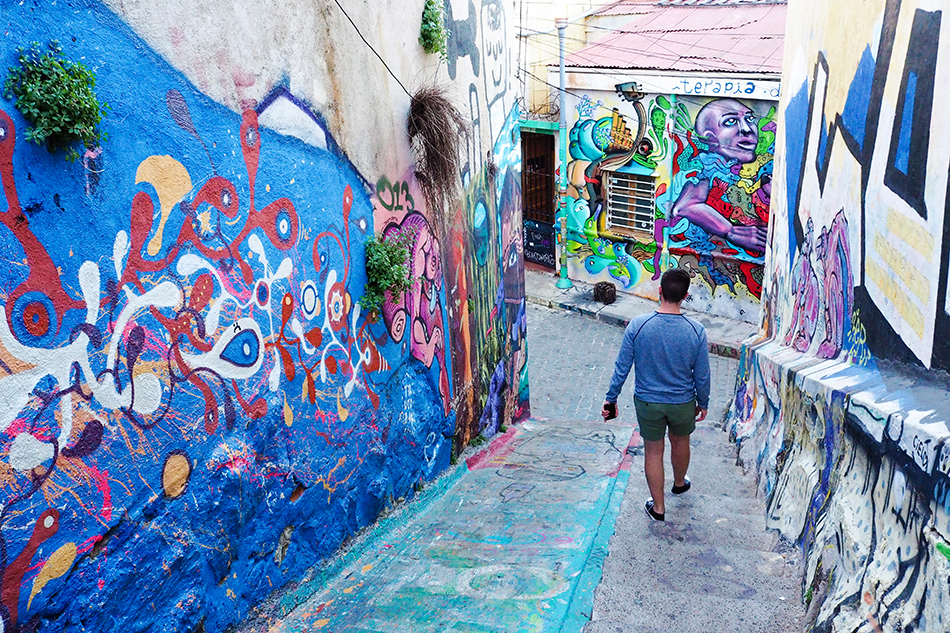 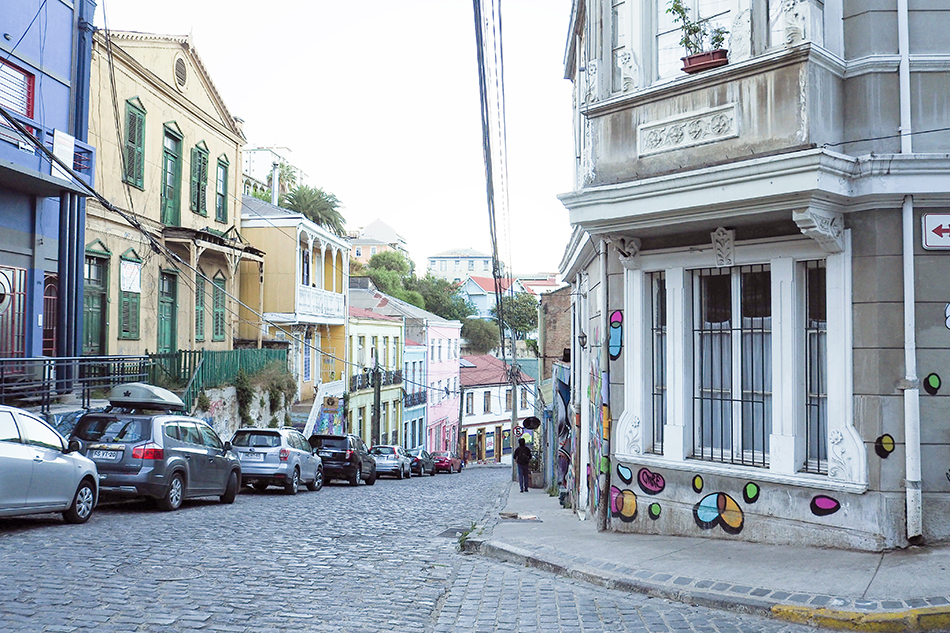 It’s hard to find any corner of the city left untouched.

This laid back attitude is echoed by the people. As we wandered the hills of Valparaiso with the sun setting, youths were gathered in groups playing instruments on the graffiti-covered stairs or trialing parkour around the funiculars. An all around Portland-kind of vibe. 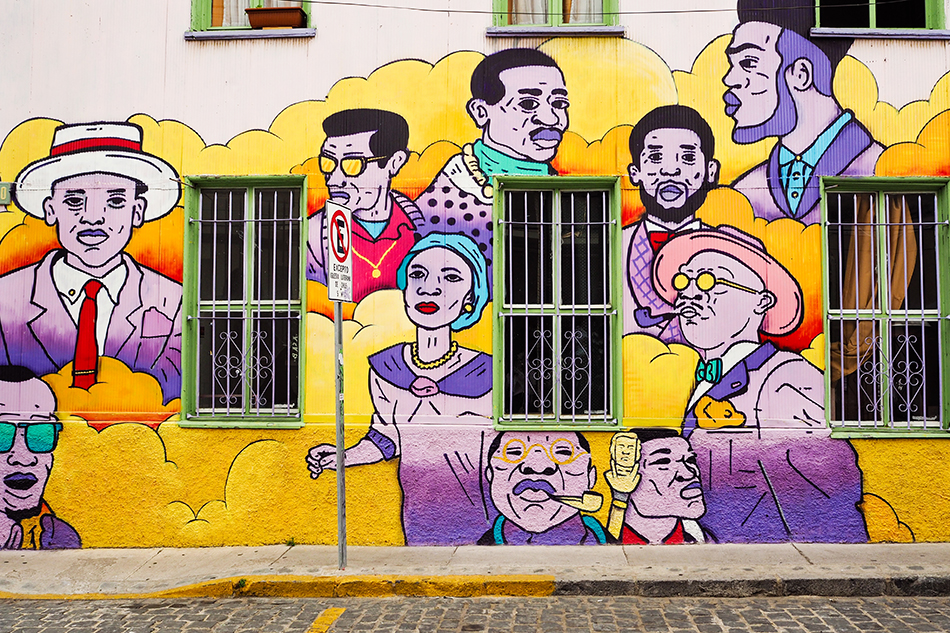 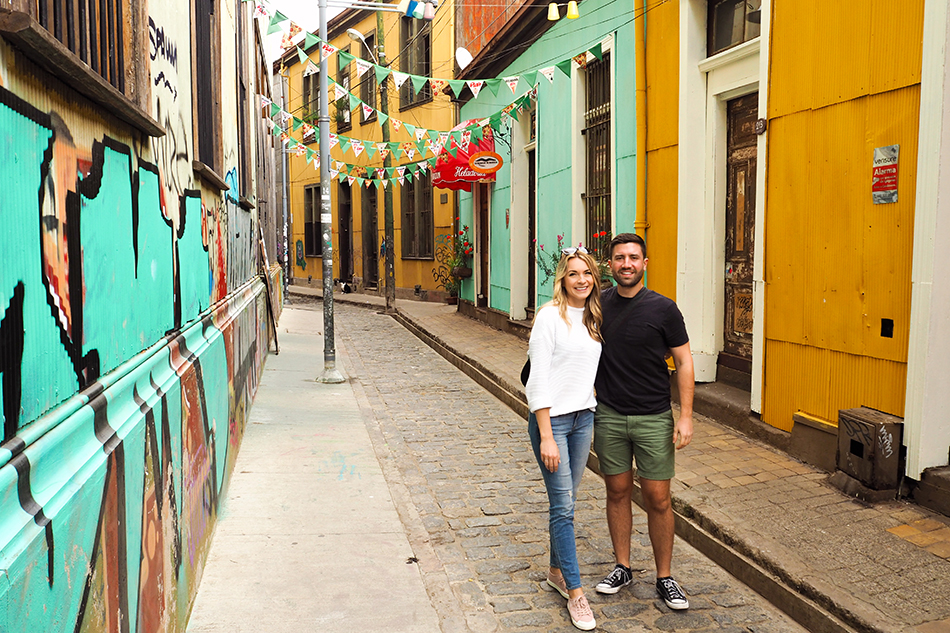 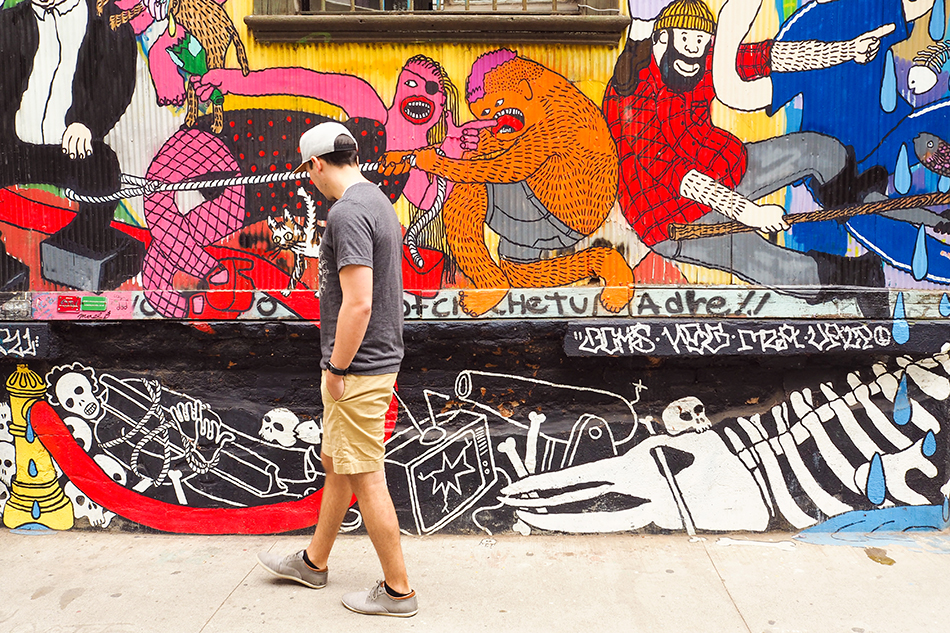 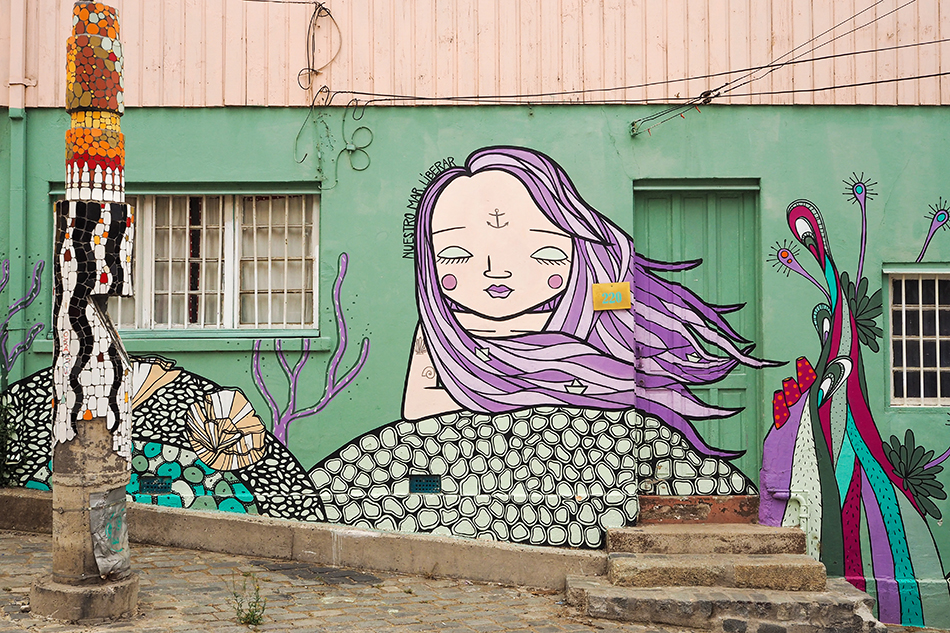 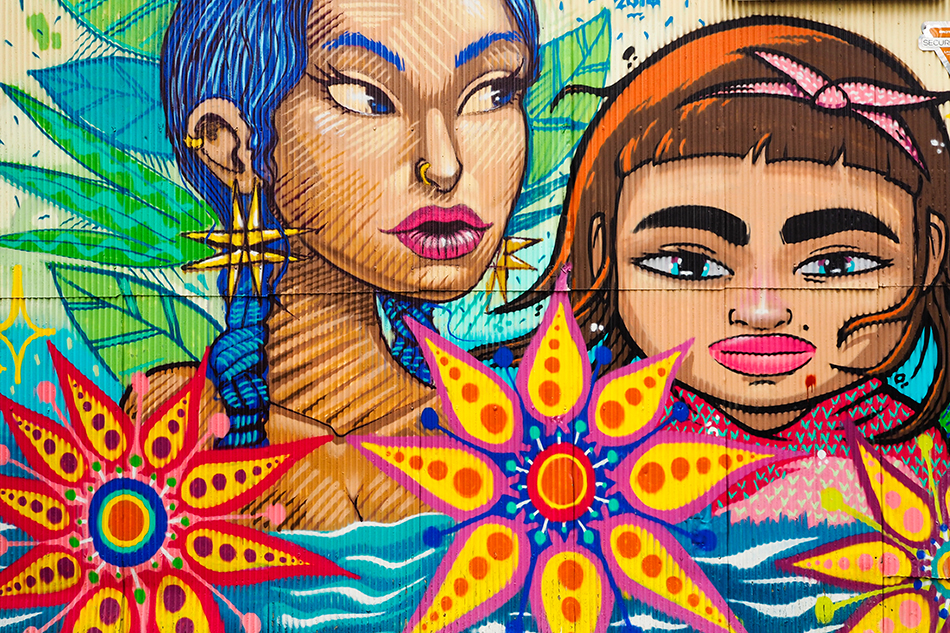 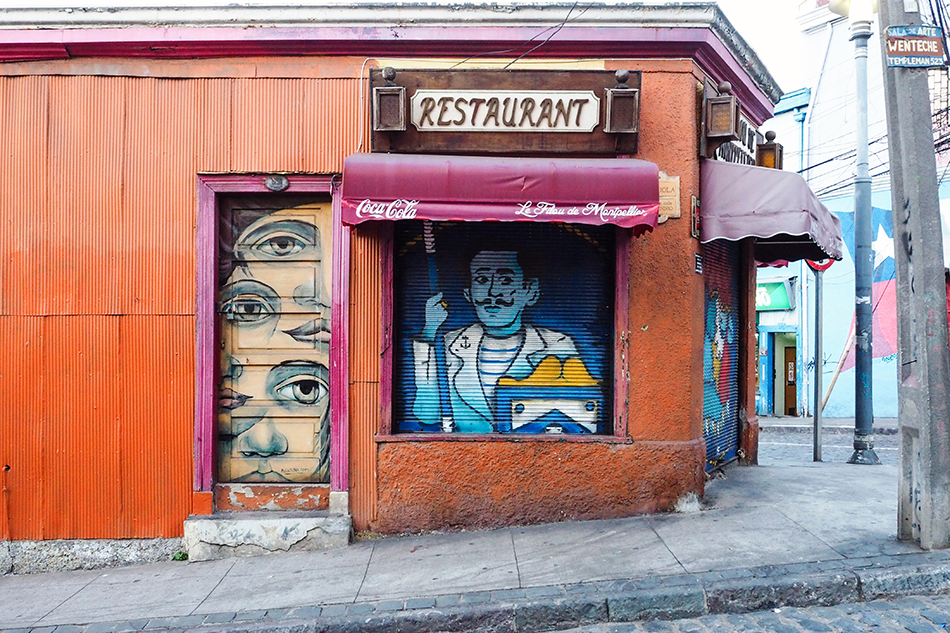 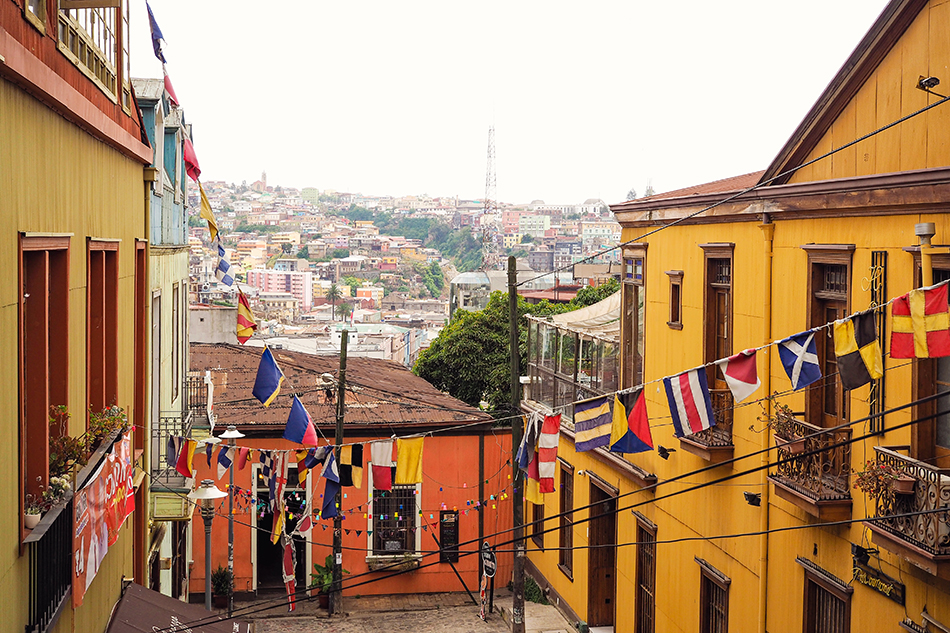 We tried to ride one of these antiquated funiculars, but no matter what time of day we arrived at one, they were closed for one reason or another. We realized we didn’t have the “Spanish time” thing quite figured out…

The city of Valparaiso is built right on the Pacific Ocean with 45 hills that rise up around the bay. This results in a number of seemingly never-ending staircases as well as a series of funiculars to get around quickly. Today, only 8 out of the city’s 26 funiculars are functioning, and the rest have fallen into disrepair. 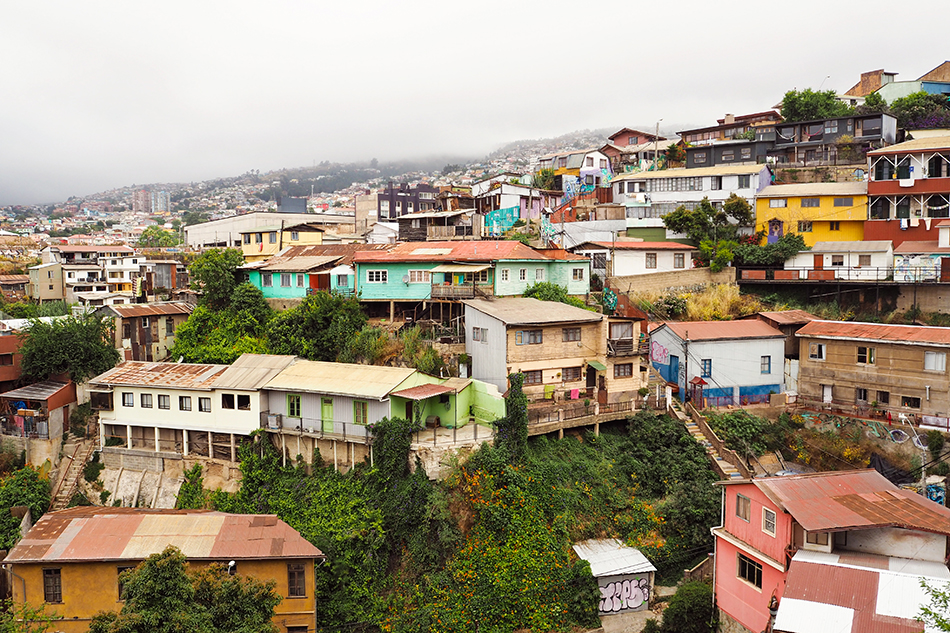 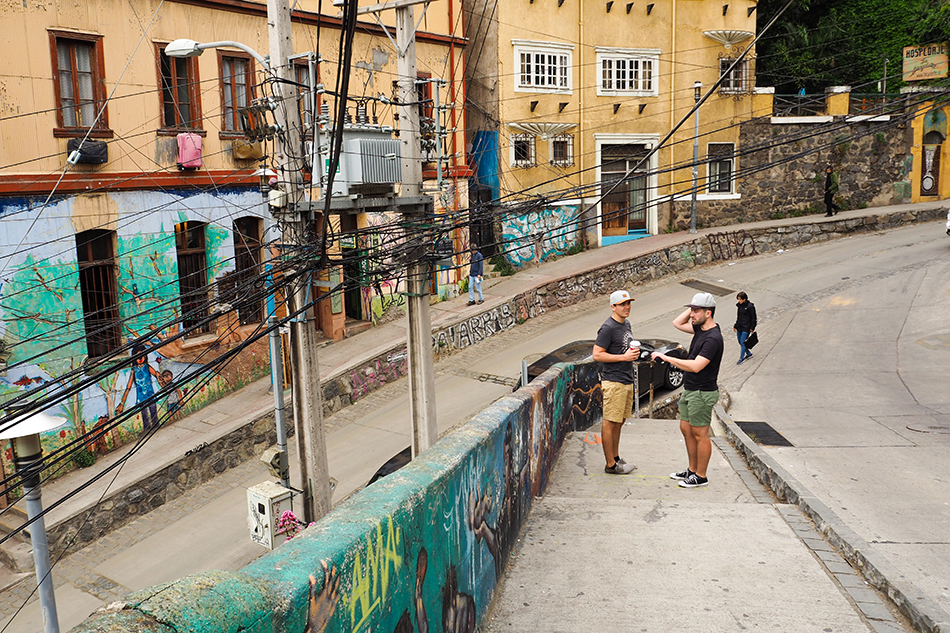 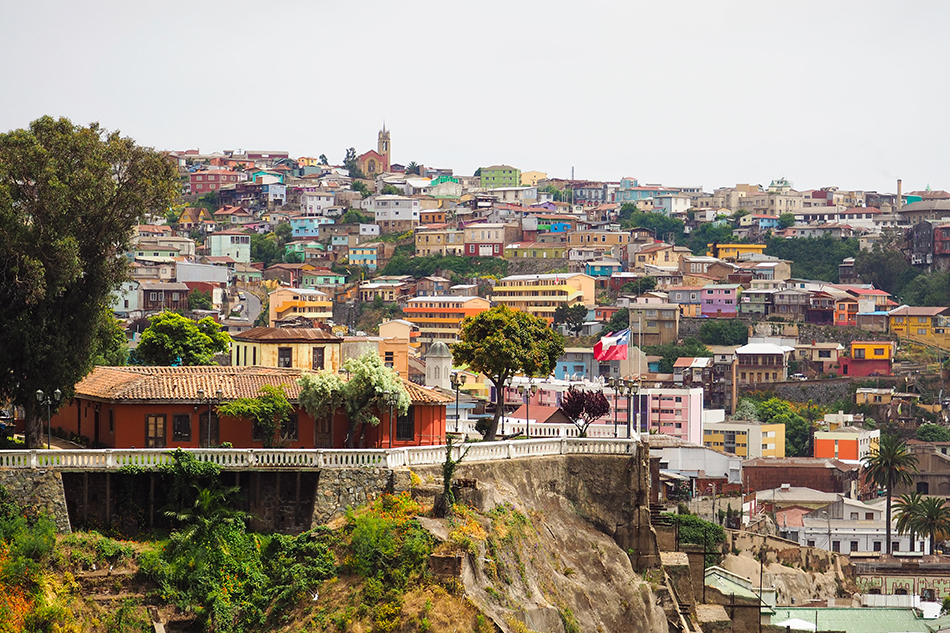 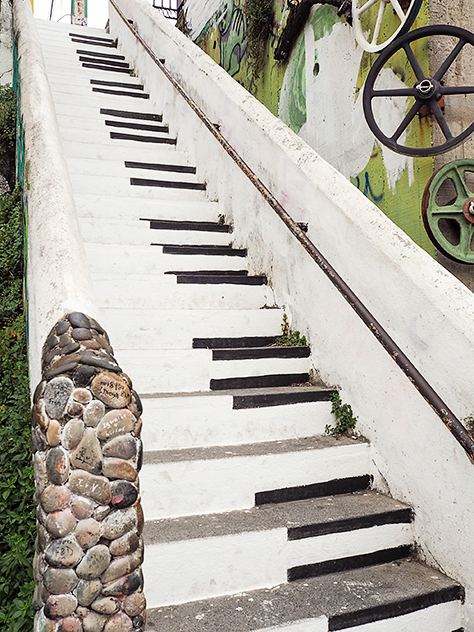 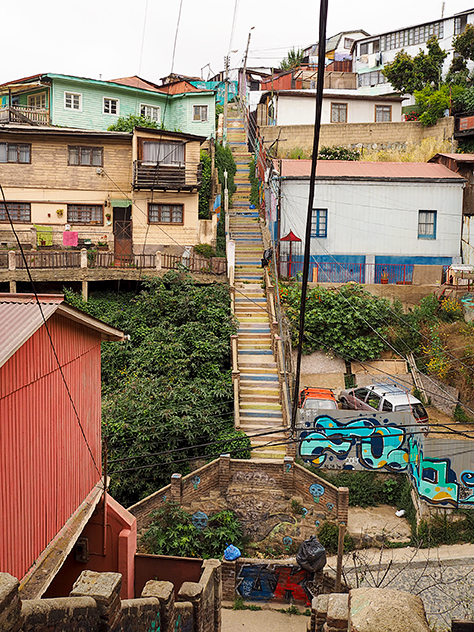 Prior to the opening of the Panama Canal, Valparaiso was the busiest port city in South America. Though no longer of critical importance in trade, the historic seaport is now a UNESCO World Heritage Site.

Also as part of being a port city, Valparaiso is notoriously unsafe. Yet, it remains one of Chile’s most visited cities. We were stopped on a number of occasions by caring locals telling us to put our camera away or to hold our bag a little closer. 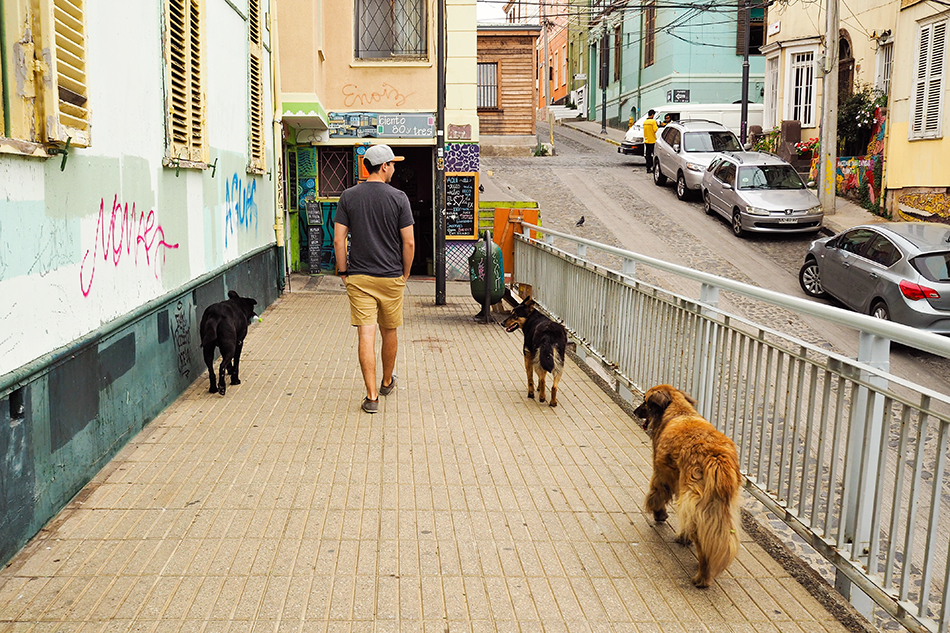 Valparaiso is a short bus ride from Santiago. The best company we found to use was Tur Bus. The bus was reliable, comfortable, and on time. When arriving in Valparaiso it would be best to have transportation arranged to where you need to go or directly to your hotel as the area surrounding the bus station is not the most comfortable (or safe) to walk around.

Beware of your belongings in Valparaiso as it can be unsafe, especially down by the harbor region and the lower lying areas of the city.