Cambodia: What Wat is What? 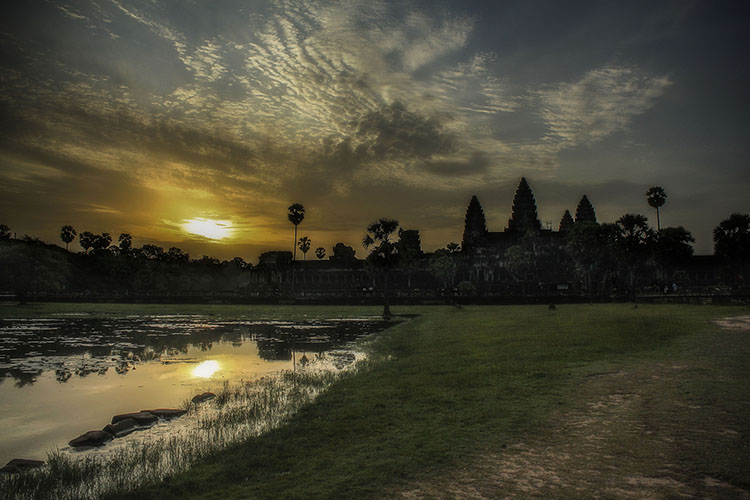 We woke up this morning at 0400 to catch the sun rising over the Angkor Wat!

This was the most brilliant idea we’ve ever had, not only because of the gorgeous views, but mainly for the fact that it enabled us to beat the afternoon sun and tourist crowds. It felt like we had the whole place to ourselves.

After catching the morning sunrise, we sat along the moat surrounding Angkor Wat (“wat” just means temple by the way… it’s just one small part of the entire Angkor complex) and enjoyed some buns for breakfast while taking in the view: 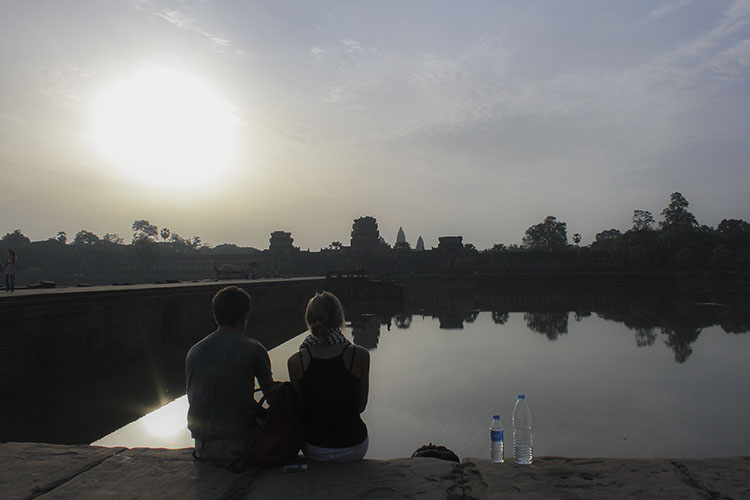 We hired our own tour guide and tuk tuk driver for the day, who we met with after breakfast. Who knew we’d get our own royal chariot! 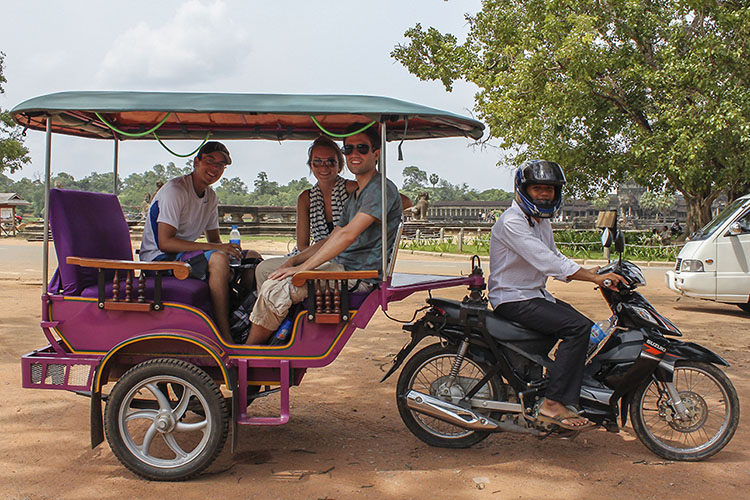 Our tour guide was great, and we learned so much about Cambodia, border relations, and Buddhism that we hadn’t fully appreciated before. 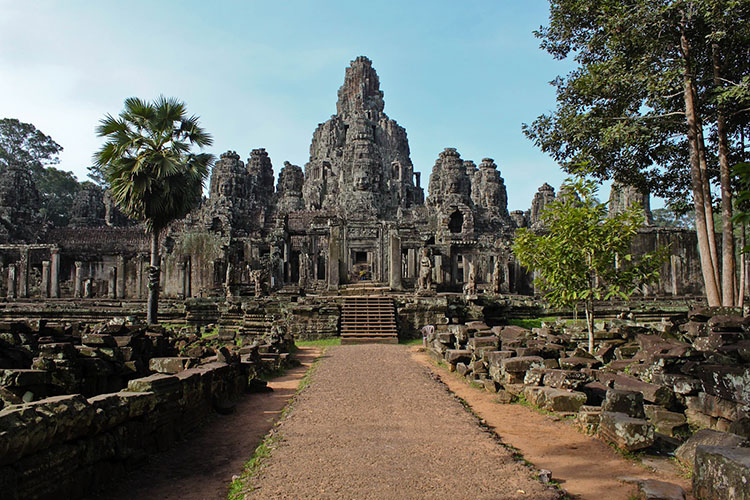 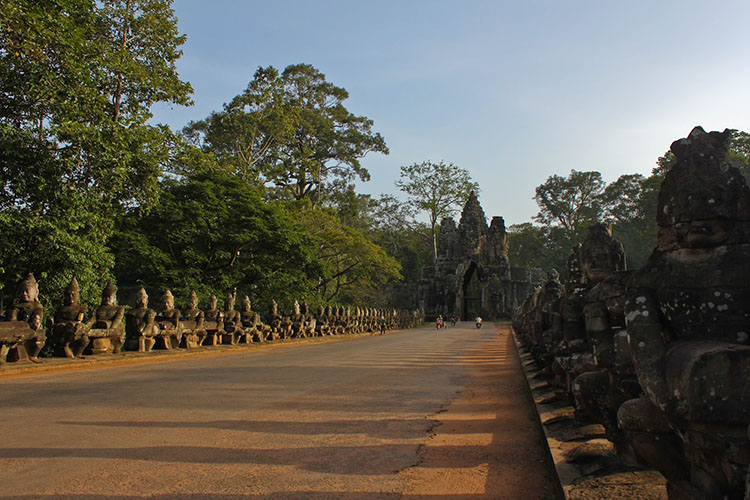 We spent the day exploring most of the Angkor complex. Another movie shout-out: did you know Tomb Raider was filmed here? Apparently that’s what began the initial tourist flow to Angkor Wat. Who knew. 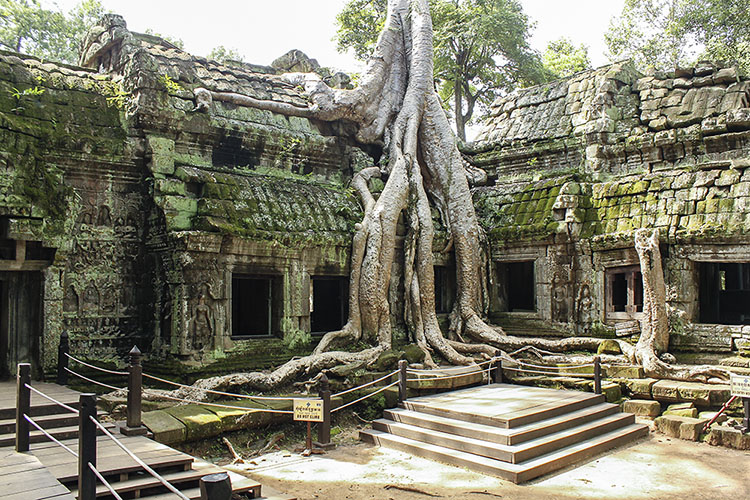 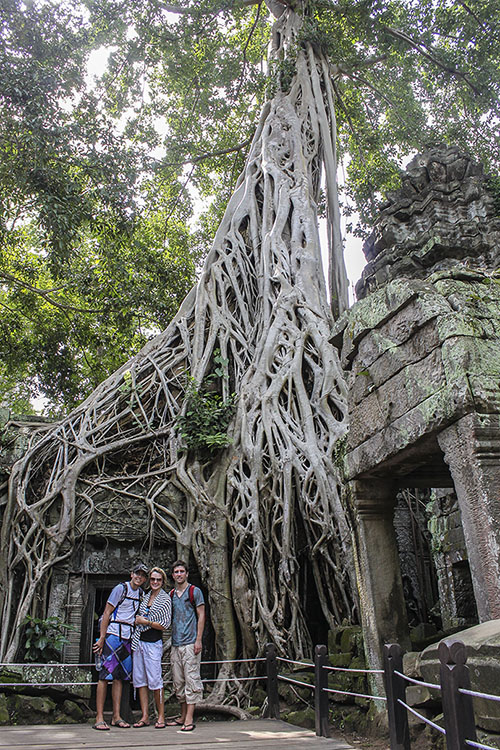 These Lara Croft temples were quite cool though as they have been left unrestored, leaving them almost completely torn apart by nature. Apparently this is what’s most damaging to these temples… not war, but the jungle growing over the buildings and the giant tree roots forcing themselves between the stonework. 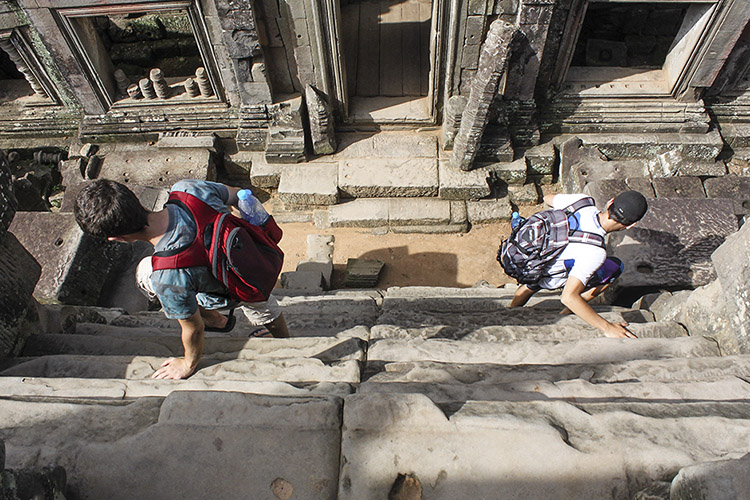 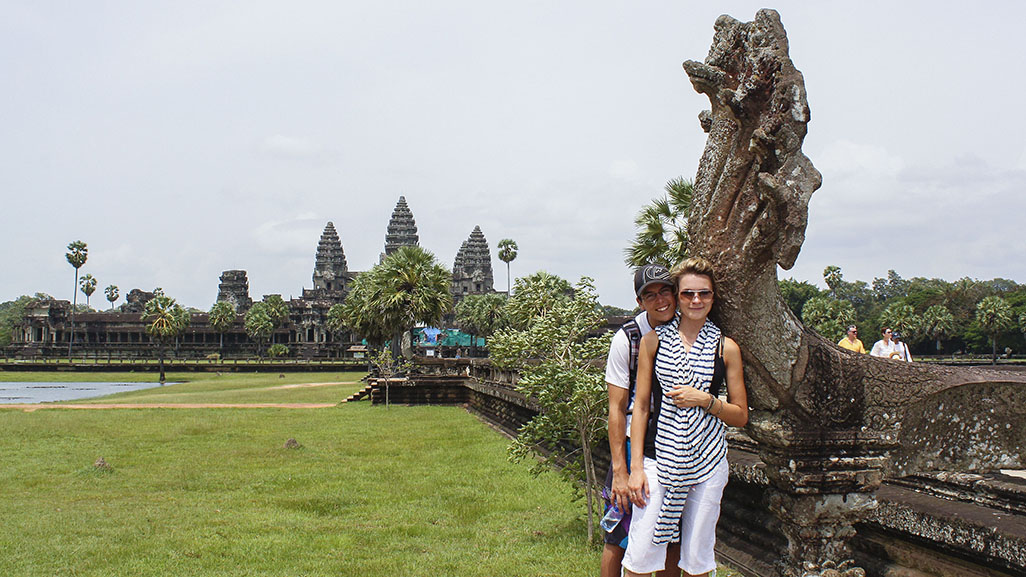 Another world wonder down!