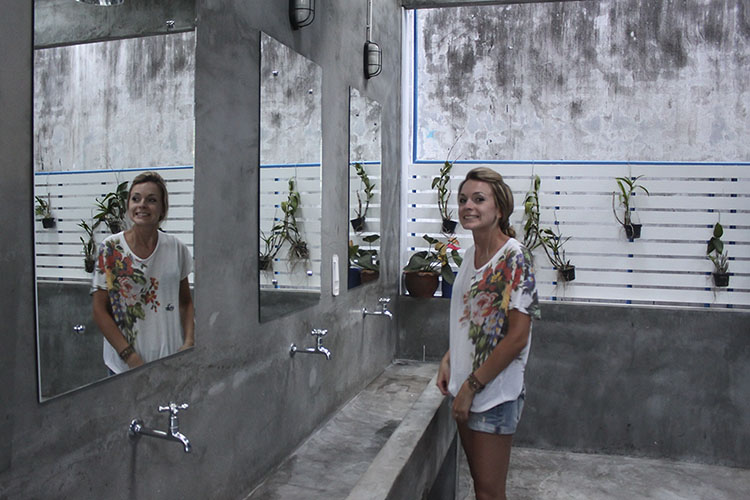 Today was a great DOR (day of rest). We planned it to be a day in transit, but then re-routed our plans to save us about 11 hours of travel… so bam, we were given a lazy day.

This also worked out perfectly because the day turned out quite rainy (just like back at home I hear) and many tours were cancelled. We’ve been very lucky with the weather so far!

So our lazy day resulted in shopping. We discovered Krabi’s one department store (“Vogue” – Ooo), which was made to look fancy… but on close inspection sold all fake brands. They just plumped up Hollister’s bird and Lacoste’s crocodile. You can’t trust anything sold here! However, we did manage to find these gems, including a wonderfully described suit bag as well as feminine products that appropriately come bundled together with chocolate: 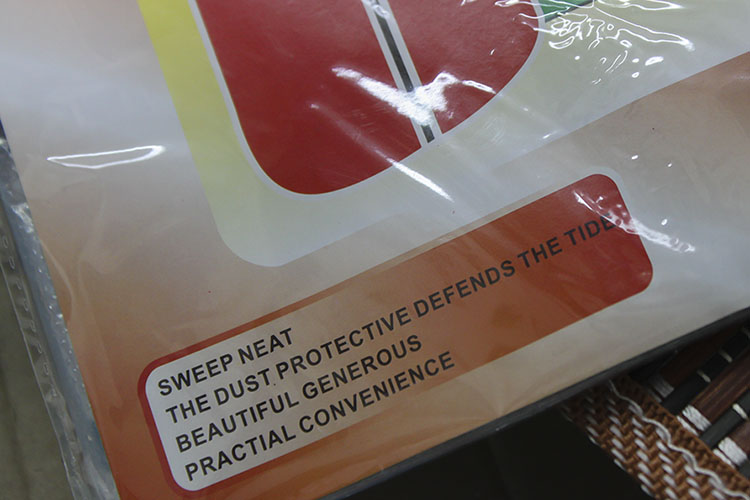 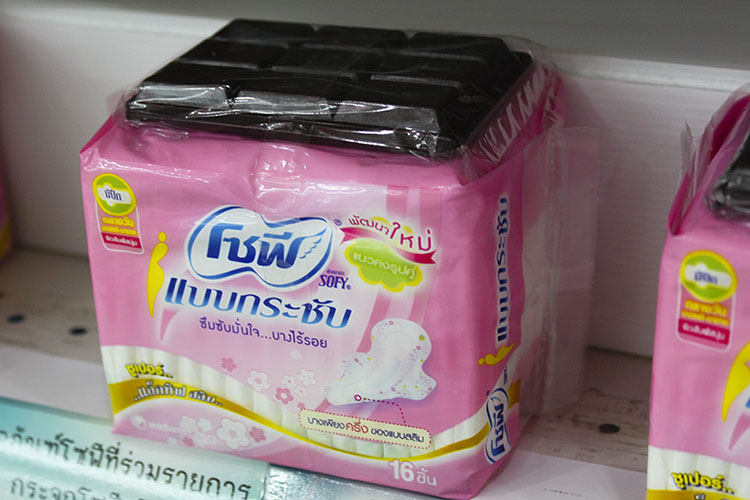 After that we went to visit Ao Nang – the resort part of Krabi. We took a public bus there in the afternoon that runs till 11 pm. So we shopped, ate, and bumped into Calgary friends from the tour the day before. After some dessert (ie. McFlurries the size of an espresso), we went to catch the bus… at which point we were informed that it probably wouldn’t come because bus drivers apparently can just choose to stop driving for the day whenever they want. Can you imagine that happening at home? We get irritated when our buses are a few minutes late, but these drivers show up whenever (if ever) they feel like it. Since we were stranded, this is what we ended up taking for the 30 minute highway ride back to Krabi (we didn’t grab a picture of it, so here’s a google snapshot):

Basically a motorcycle with a side car. Haha. We feared for our lives a little, with this car’s one little headlight, no seat belts, almost empty gas tank, and attachment to the motorbike by one axle. The silly thing is that we bartered with the driver for a good 20 minutes before we realized we were arguing over 1-2 dollars (but it sounds like so much more in 100’s of baht!). But, despite the shambles ride, we reached home safe and sound in the end!

Now I am off to bed as we must rest for the Full Moon Party tomorrow. Tata, this guy beside me is snoring as bad as you did in Europe… unfortunately I can’t throw pillows at him…