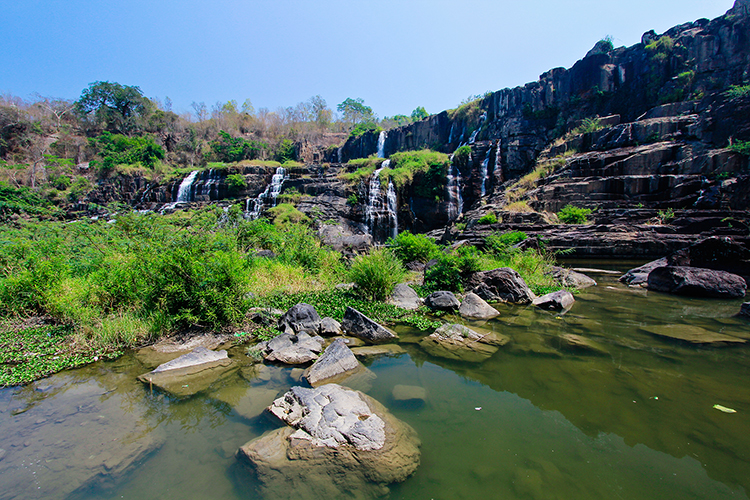 Our trip begins with a two day motorcycle tour around Dalat: the green, hilly central highlands of Vietnam which are full of lakes, waterfalls and forests. Since motorcycles are the main form of transport around Nam, we felt there was no better way to feel like a local than to cruise around on our very own bikes.

However, within moments in the city we quickly came to appreciate the chaos of traffic, and were reminded a number of times about the high number of accidents that occur on Vietnamese roads daily. Therefore, we decided to hire a driver to take us around, which allowed us to relax on the back, snap photos of the scenery, and wave to the locals. 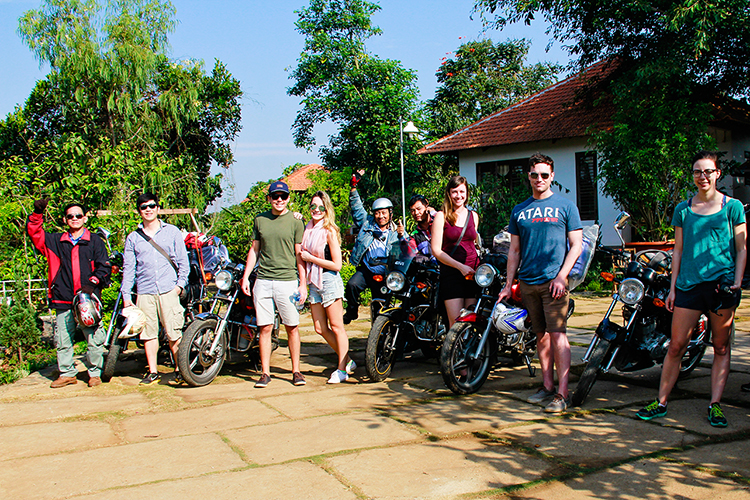 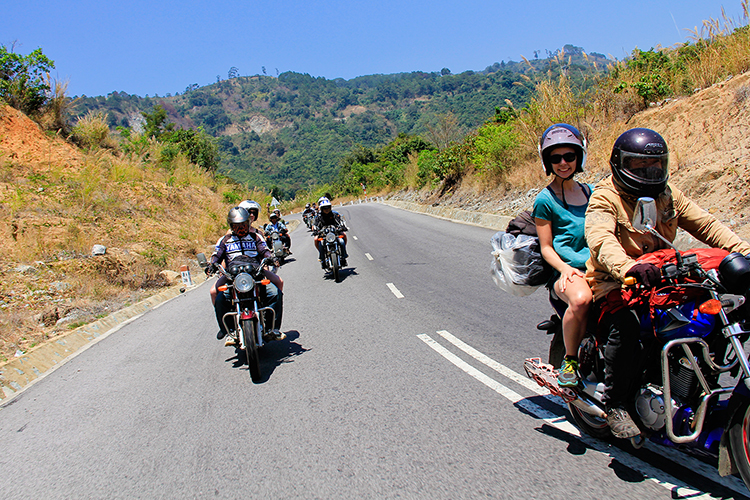 Though we considered wearing long clothes to avoid getting skinned in an accident, the 30+ degree heat made that impossible. In fact, the only thing that made it bearable was the breeze we got while cruising around. So we boarded our bikes in our shorts, with our bulky rectangular pieces of luggage precariously strapped onto the back of the bikes, and we were ready to go! 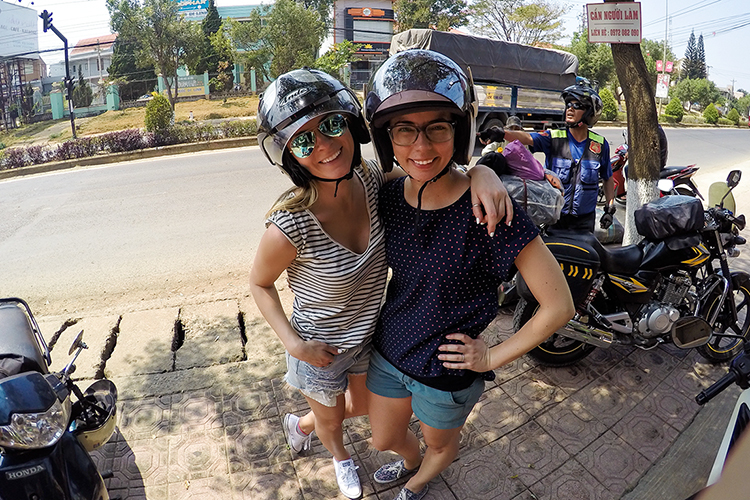 Step 1: Adjust to the traffic. Traffic lights are a rare sight and lanes are merely a suggestion. Motorbikes fill the streets, honking constantly, and zooming around one another in any direction they so choose. Adding to the choas are large trucks which thrust their way down the center of the roads, blaring their loud horns, while everyone peels to the sides to avoid their wrath. The locals have affectionately termed these “kamikazes” as a descriptive reflection of their driving style. 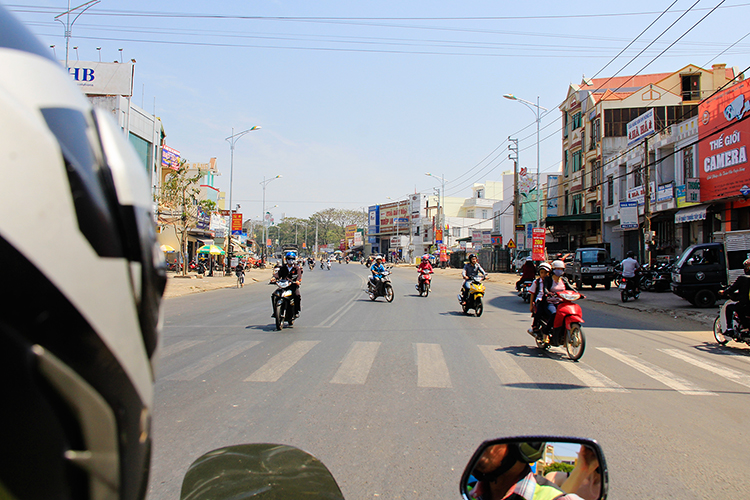 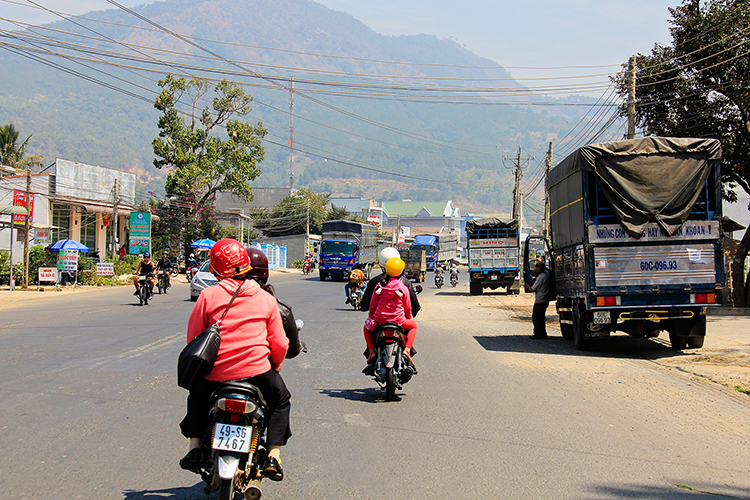 However, I must say that as we watched our drivers maneuver around the mayhem, we realized there is a little more method to this madness than we initially realized. That, or just desensitization… but either way, we were soon comfortably riding along while squeezed between big trucks, swerving around wild animals, or zooming past a lady with seven children dangling off her bike. 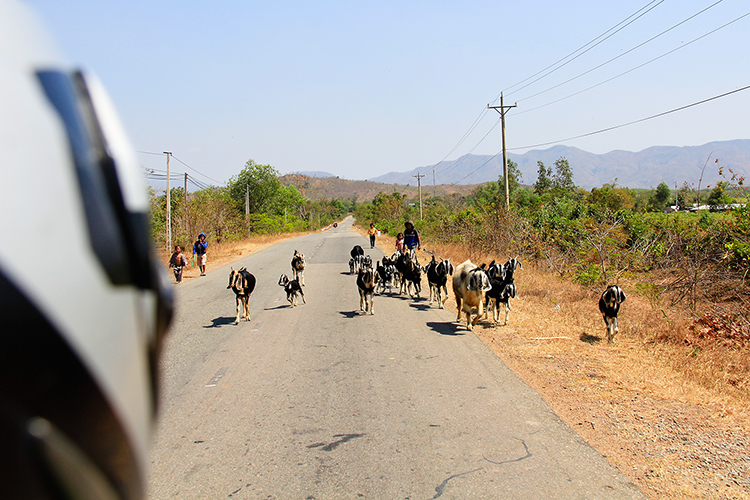 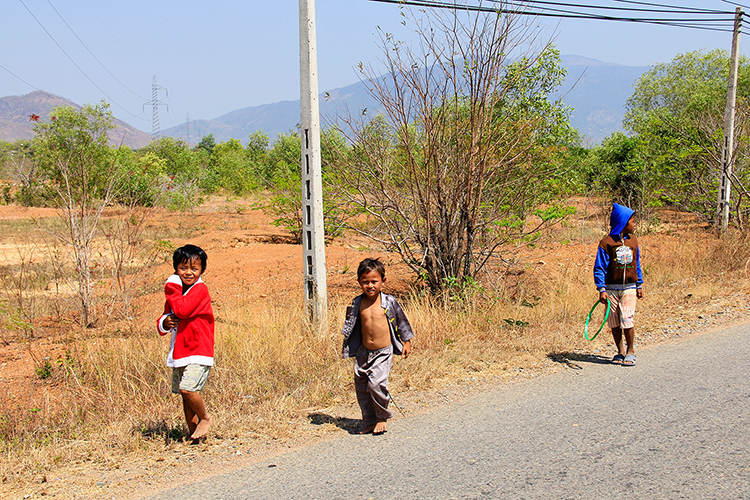 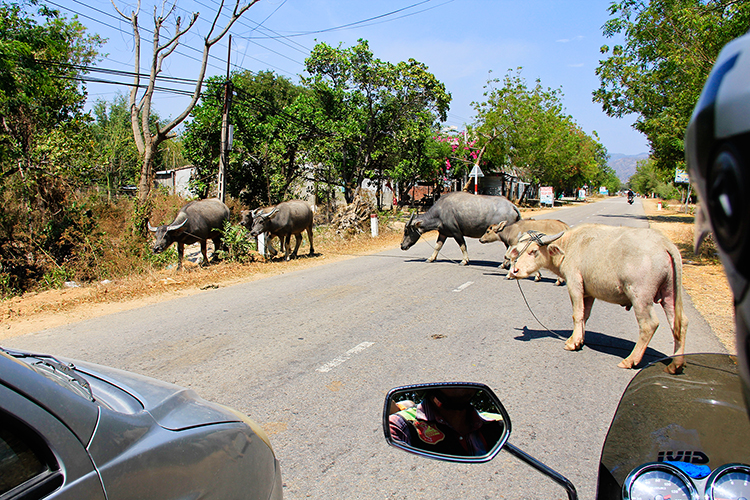 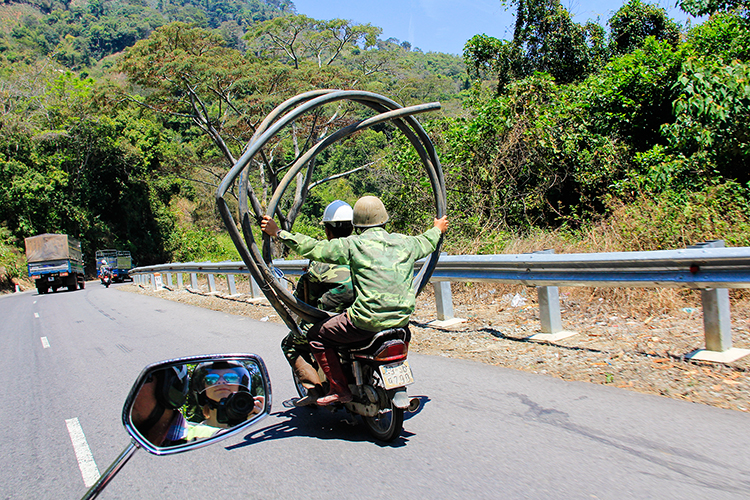 This hilly, rugged part of Vietnam has several beautiful waterfalls we wanted to see. One is the Pongour Waterfall, a grand waterfall with seven terraces: 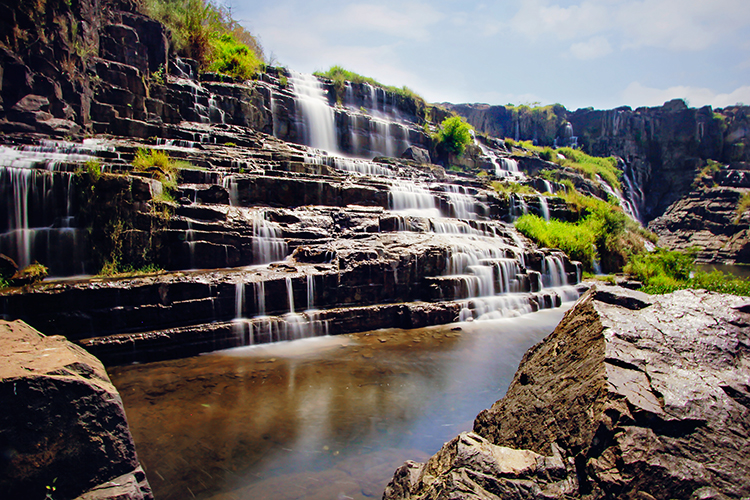 The second is Dambri, the tallest waterfall in Vietnam, which wasn’t quite as dramatic as it usually is given that we visited it outside of rainy season: 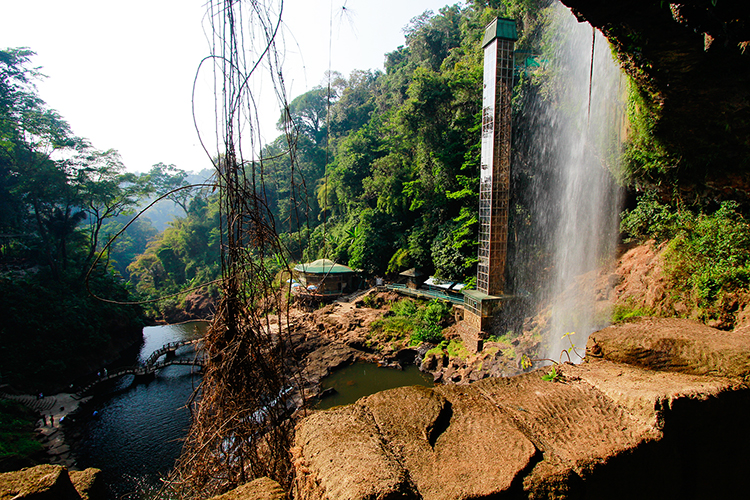 The highlight of this one was not only that someone built a huge elevator to ride from the top to the bottom, but that built around this waterfall was a mini amusement park: “Happy Land”. Happy Land was mostly abandoned, making it the perfect scene for a scary movie, but the one functioning activity was an alpine rollercoaster which let us toboggan down to the waterfall in a little plastic chair on winding metal tracks. 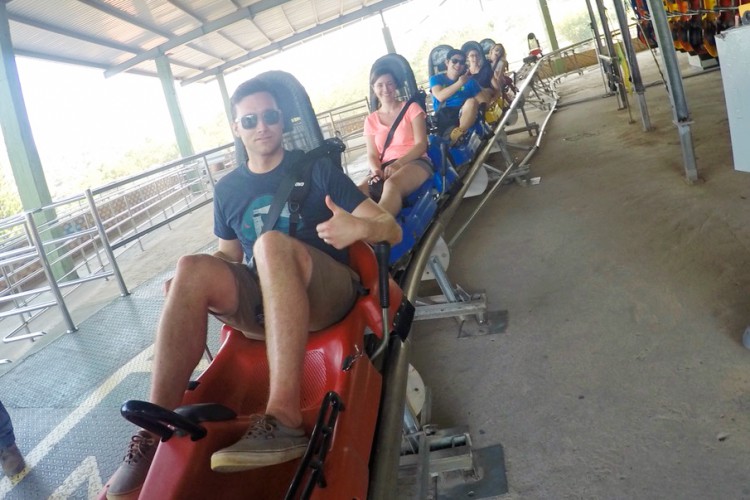 No matter where we cruised on our trip, the landscapes were full of coffee plantations and fields of green tea leaves. Vietnam is the world’s second highest producer of coffee, and the central highlands are where 80% of Vietnamese coffee beans come from. 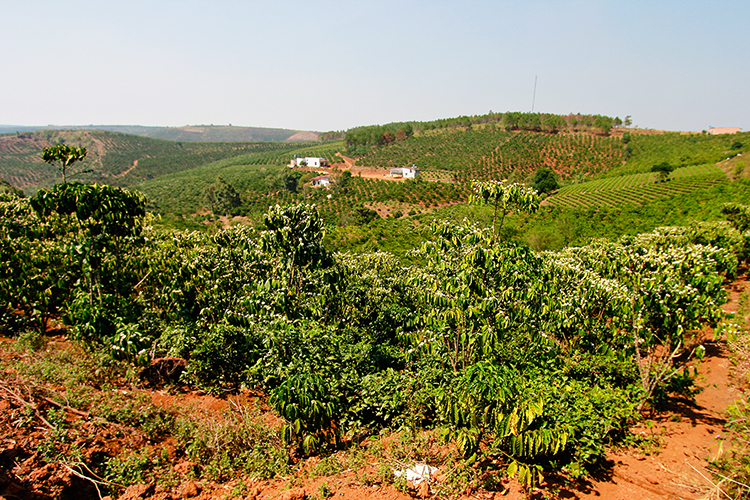 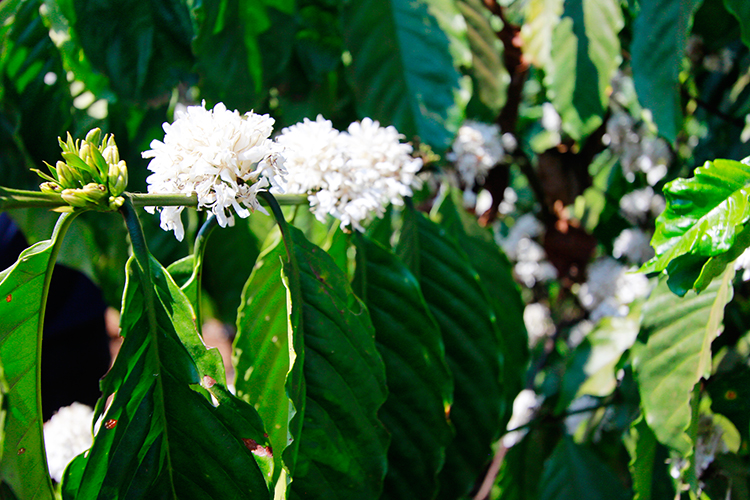 As a result of this, coffee is a major staple in Vietnamese culture and people seem to linger in cafes for a large majority of the day. Coffee is served in many different ways, including with egg or with yogurt! 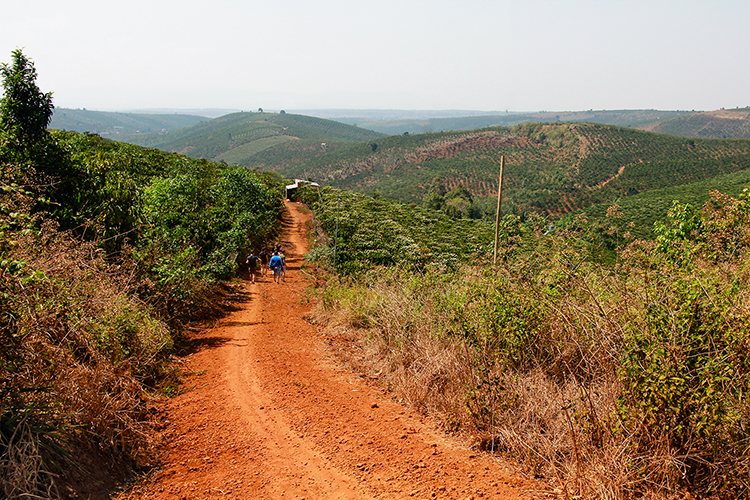 Sleeping on a Coffee Farm

Our 130-km ride ended at a little home stay on a coffee bean plantation. The family was just as welcoming as their little pups, who kept us company as we wandered around the property: 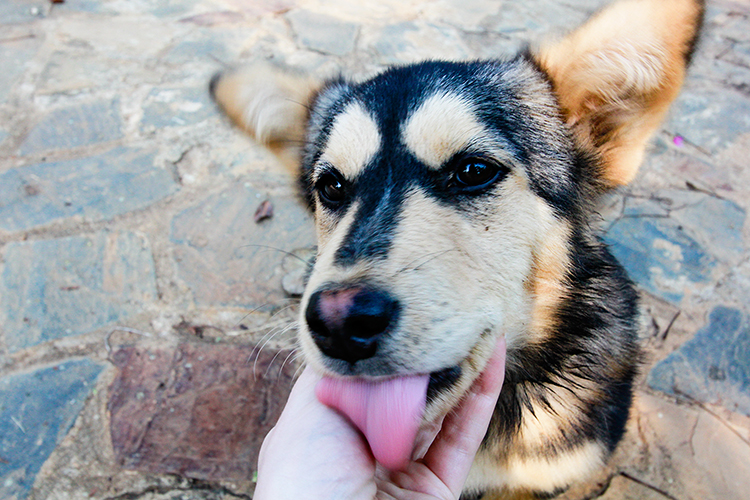 We slept in little villas, our window open to a waterfall, in comfy beds under mosquito nets. We swam in the pool to wash the dust off and then sat by a fire for the night while we were serenaded with French songs sang by one of the drivers with his guitar. 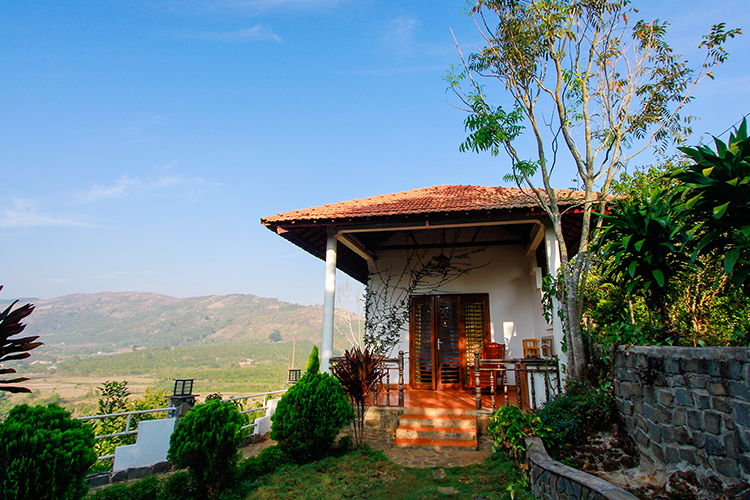 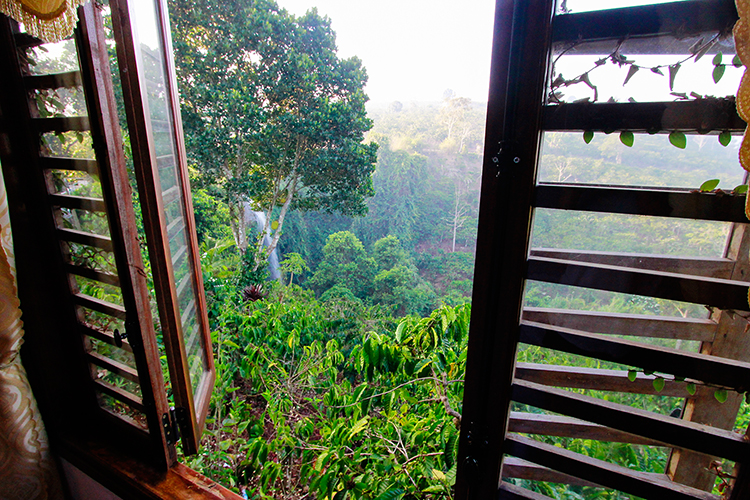 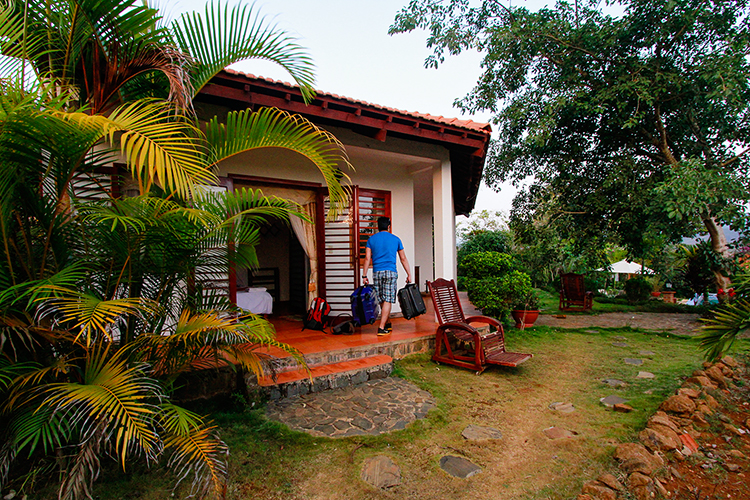 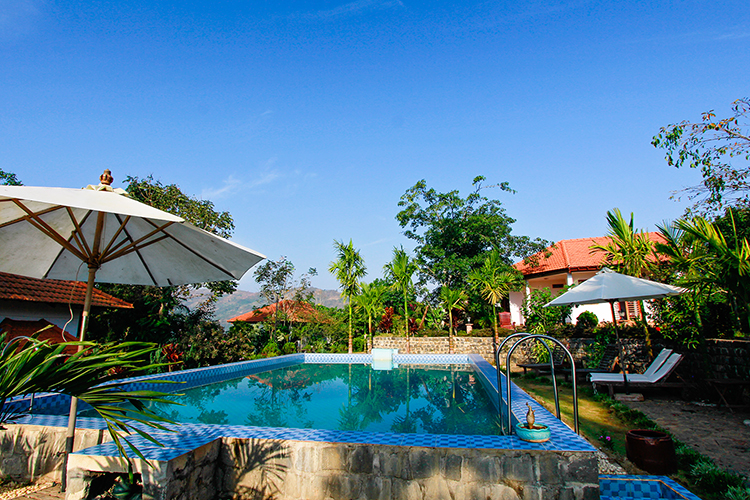 After a good nights sleep, we continue our road trip tomorrow until we hit the coast of Nha Trang!