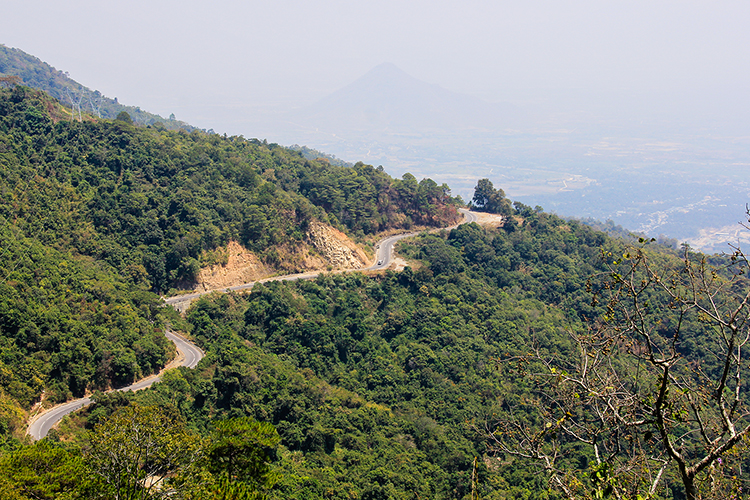 The second day of motorcycling across central Vietnam covered a distance of 230 km. The main part of our drive took us over a beautiful 1500m pass where we transitioned from the highlands to the flat coastal plains. 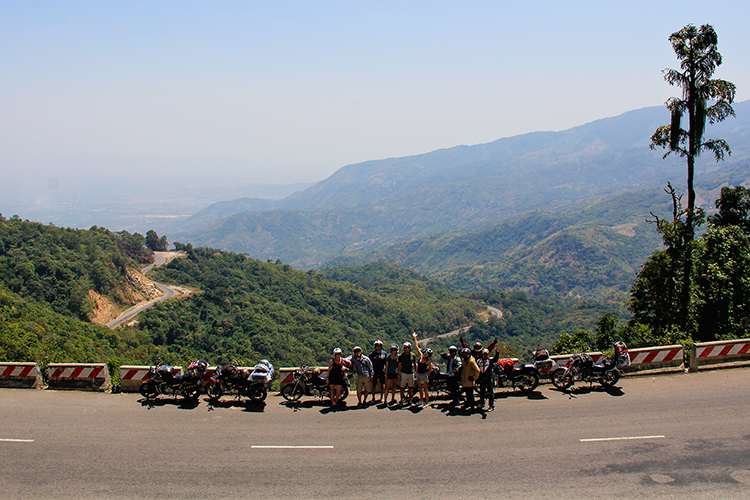 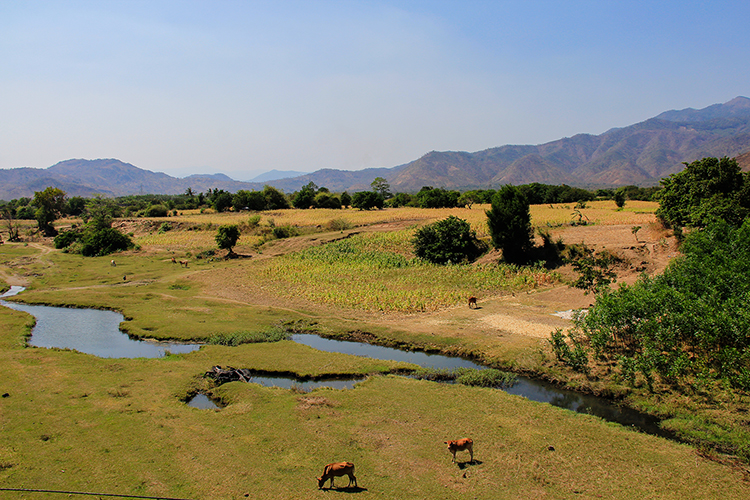 The road wound through the mountains with nice views of the entire area. While switchbacking up and down the hilly roads we were reminded in many different ways that we could fall off the cliff. We could fall frontwards, backwards or even sideways: 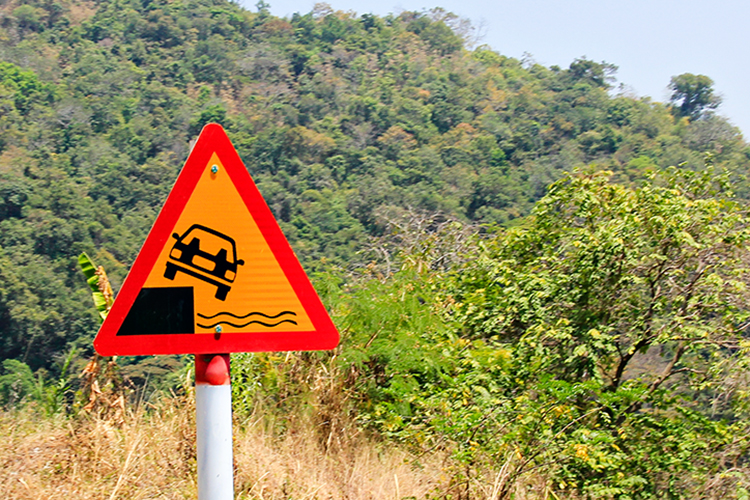 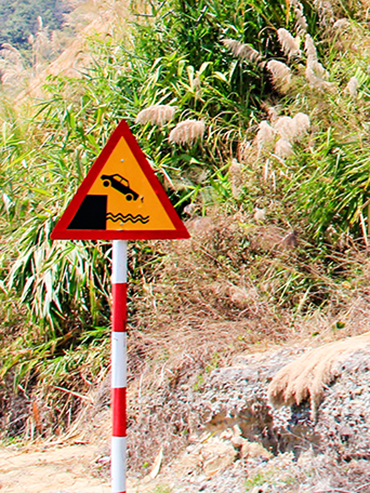 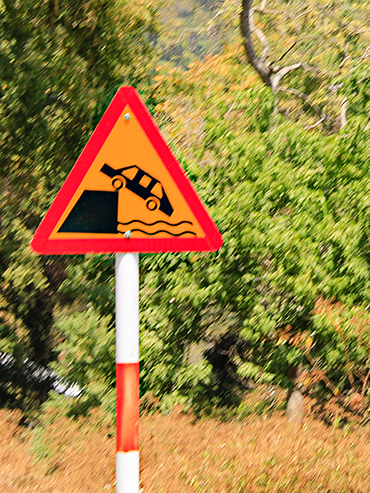 To break up the drive we made some fun little stops to see what this area is known for. These side visits consisted of the motorcycle stopping in front of an unassuming house, us wondering what we were doing, then walking into someone’s house, passing the man showering in his own home, and heading to the back of the house where we’d find anything from factories to restaurants to little shops.

In this case we were suprised to stumble into a small silk worm factory: 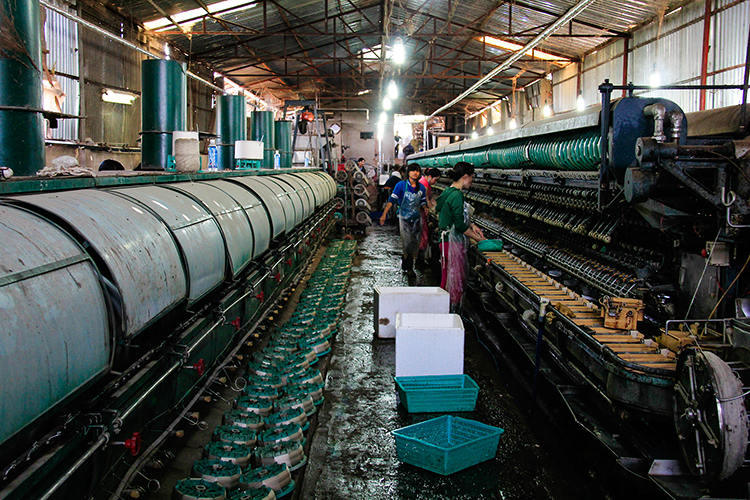 We were shown the whole process of silk making, starting with the silk worms themselves (which look a little like maggots): 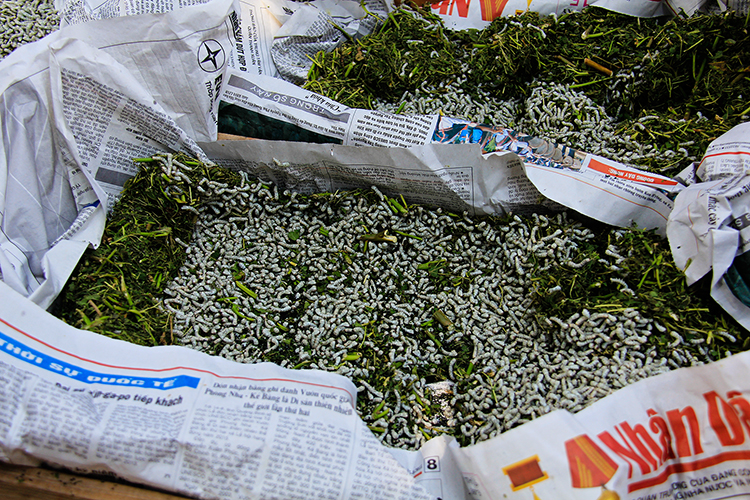 The silk comes from the cocoons the silkworms make. Their cocoons are made out of a single thread of silk, whose length is over 1000 m. To gather the silk, the workers handpick the cocoons and first place them into an oven to kill the silkworm inside (they must do this or the worm turns into a moth and bores a hole to leave the cocoon, damaging the silk shell).

After that, the cocoons are soaked in water so workers can easily find the end of the silk thread, which allows them to put it into the machine and unravel the silk thread. The silk is spun into spools to make all sorts of silky goods. 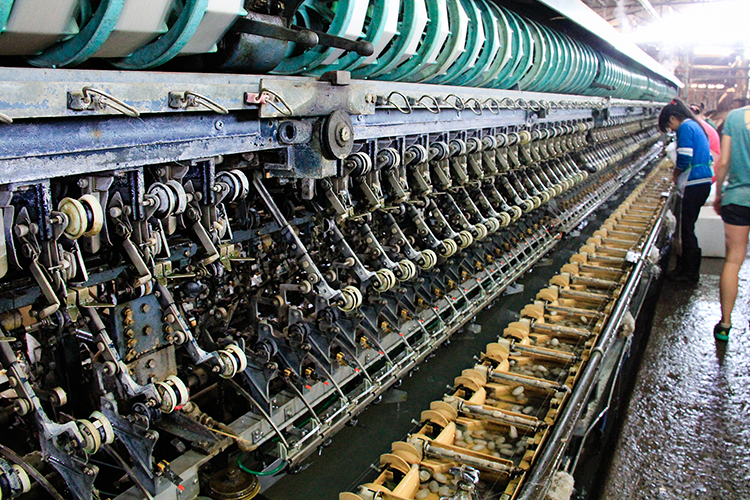 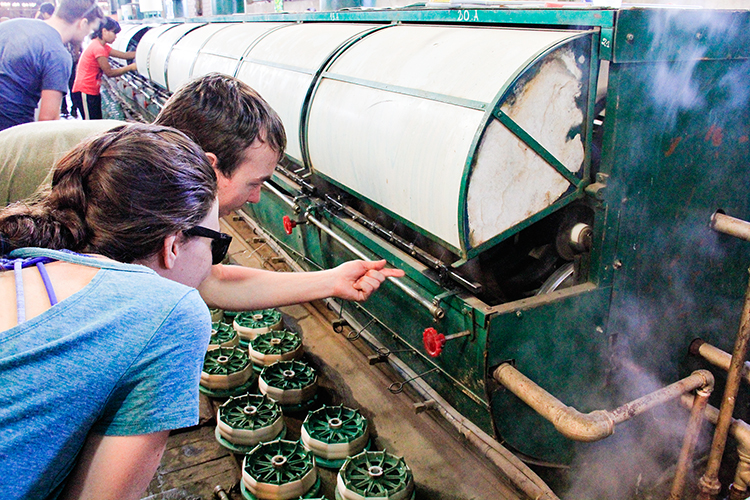 Next up we stopped in front of a home with pallets of white in front, which on closer look we realized were layers of rice noodles drying out in the sun. 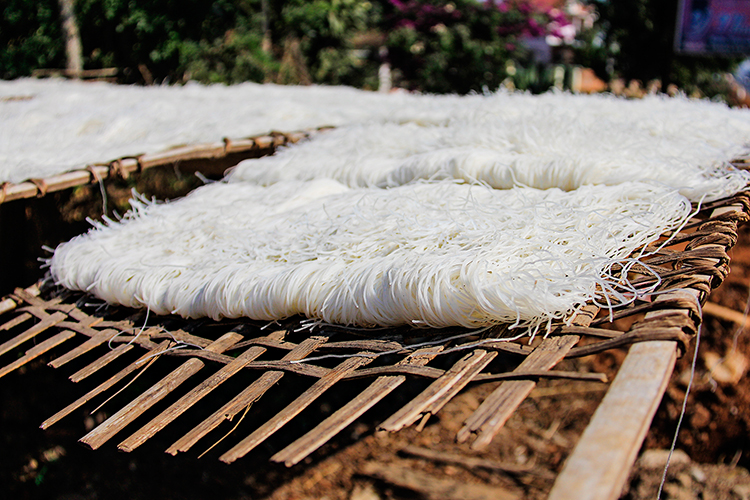 A few steps into the house and you see a man pushing powdered rice into a strainer which, as he turned the crank, expelled long skinny noodles of rice. The lady at the bottom seems to stare off into the street day dreaming but every so often, takes her industrial size scissors and chops off a long bundle of noodles. These are the noodle bundles which they then lay out to dry in the sun, ready to be packaged later. 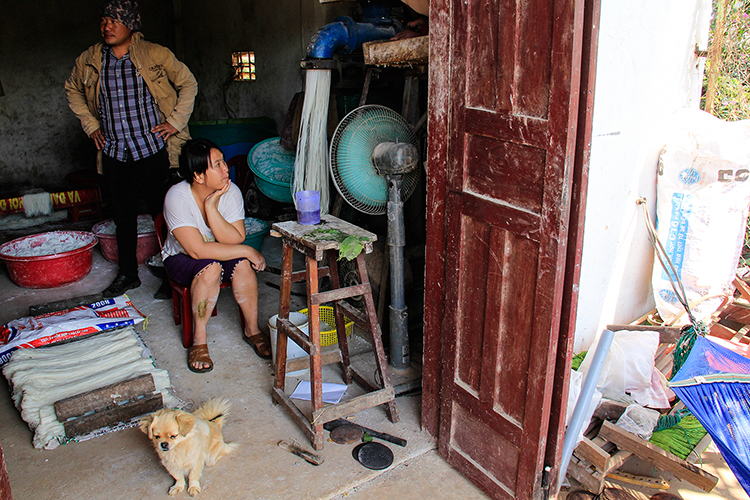 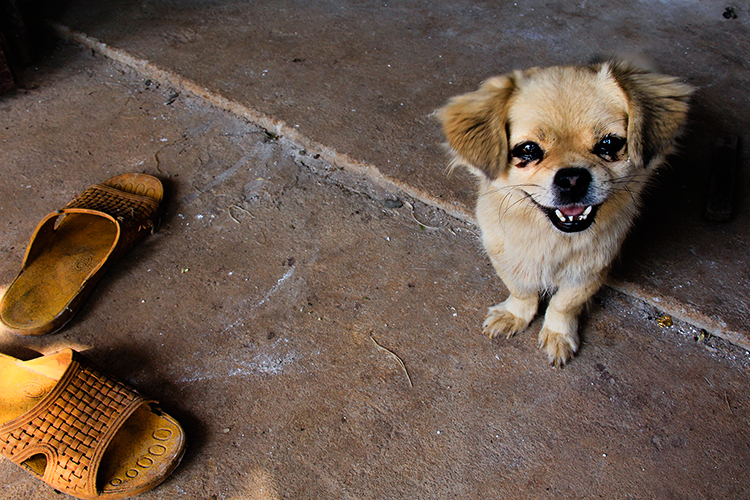 We watched this process in amazement, realizing where our store packaged rice noodles come from. Interestingly, as we watched flies frolic among the layers of noodles we remembered a man we saw the previous day peeing on a field of green tea leaves. Really made us think twice about the cleanliness we assume of our packaged goods at home ;)

Back on our Feet

After a total of 410 km, sore bums, and clothes so dusty they were black, we ended our trip on the coast of Nha Trang with big smiles. We braved the chaos of Vietnamese roads and ended up seeing parts of the countryside we would never have otherwise seen. I think this was a highlight for everyone so far. 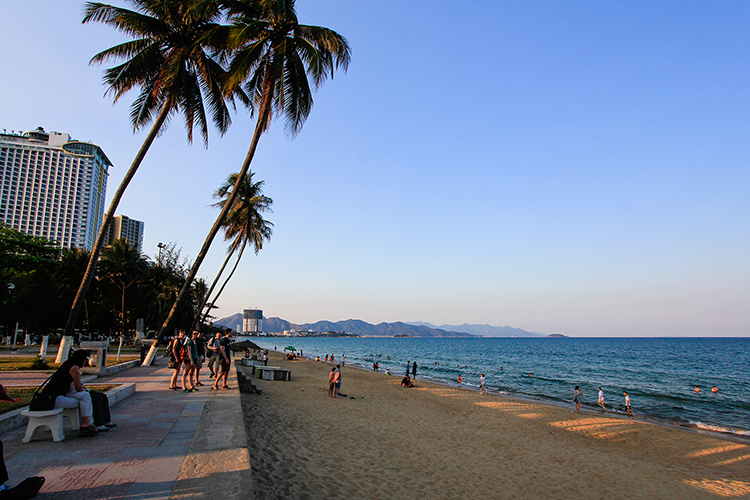 We were all a little sad to say goodbye to our drivers, who we clung onto for two solid days. Well maybe everyone except Shane, whose driver had the habit of spitting into this palm and then forcefully throwing it into the ground while they rode together. But even they seemed to have a little bond by the end… 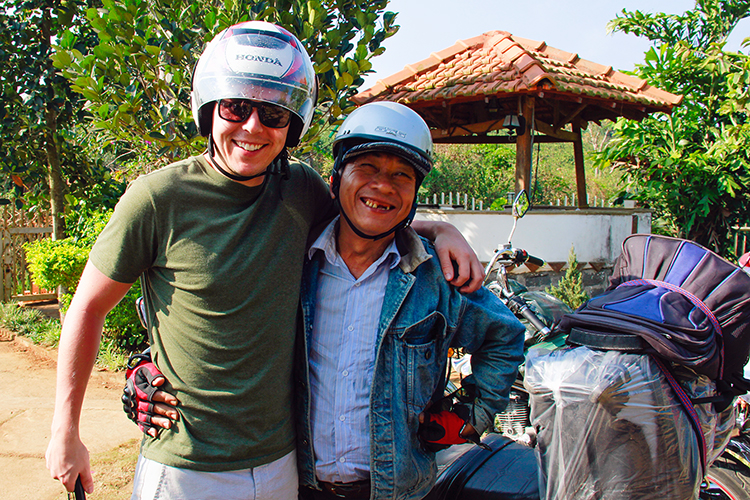 Next up we leave the “comforts” of a motorbike to the luxuries of overnight Vietnamese trains, which haven’t been updated since their creation in 1980…