If Only We Knew Japanese… 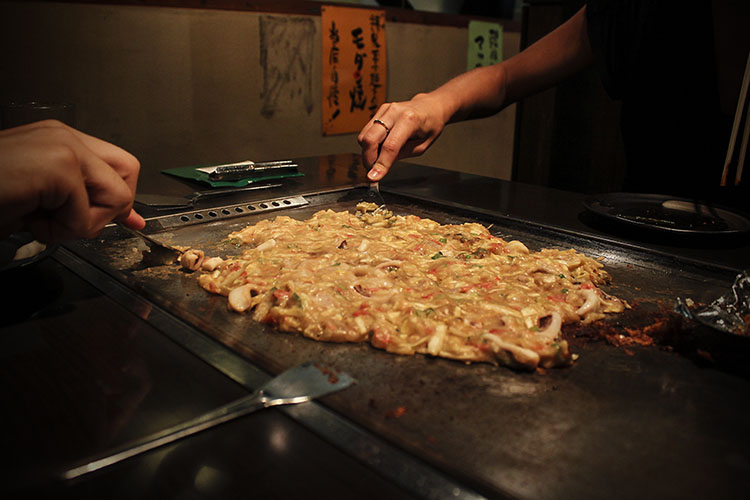 Today was full of all the silly language misadventures…

First off, it took us half of our trip in Japan to discover a person buys tickets for sumo wrestling at 7-Eleven. We figured this could be interesting because in our experience, we had yet to meet an English-speaking employee working there.

Regardless, we walked in and asked to purchase 3 tickets. We received a head-shake “no” from the young fellow at the counter. We accepted this pretty quickly (after all, isn’t it strange to buy sumo tickets at 7-eleven?) and decided we’d do it another time.

As we wandered around looking for snacks, we were all of a sudden flagged down to a photocopier. 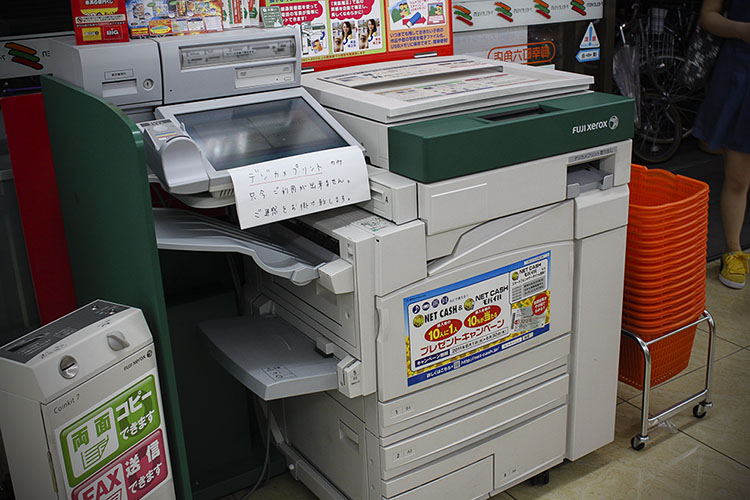 The trouble was that the entire machine was in Japanese (understandably so). We had all three of our iPhones out trying to translate the words on the screen, while showing images of the sumo stadium to the cashier hoping he’d understand we wanted tickets and in what locations. 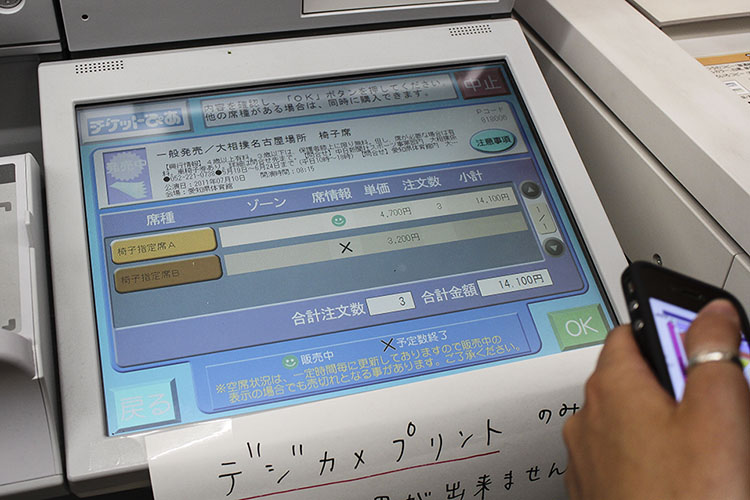 When eventually we chose the seats we wanted (we think – we’ll find out on the 10th), we had to type in Andrews contact information to complete the purchase. That may sound easy, except there were only Japanese characters on the keyboard. I used Google to translate “Andrew”, but obviously “Esposito” didn’t work. So the non-English speaking cashier just tried sounding out “es-po-si-to” into Japanese characters. The whole situation was so funny, and the poor cashier deserved an award for dealing with our dysfunctional selves. In the end, I’m sure the people at the stadium will have no idea what our tickets say. 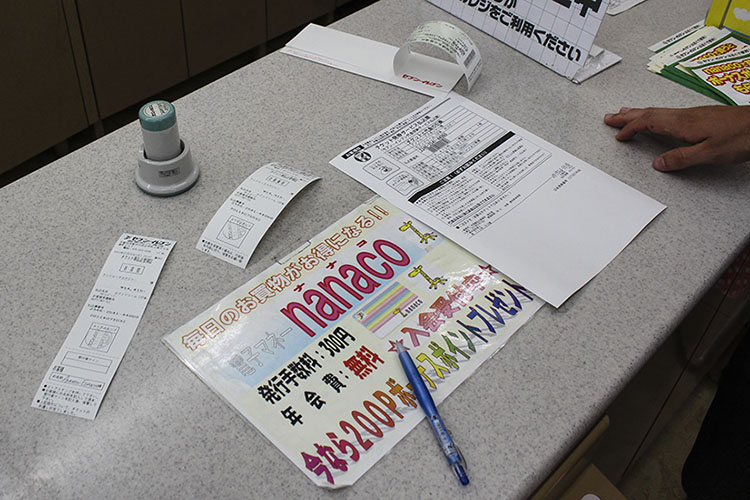 Just when we thought we were done, we needed to input a phone number. After many failed attempts to turn our cell phone numbers into Japanese numbers, we just gave our hostel’s. At the end, an entirely Japanese ticket printed out and we paid a hefty sum… so I sure hope we got what we needed or it will be a sad day of traveling to Nagoya and being turned away!

We wander into a dark hallway with some appealing-looking photos of food out front. We end up on the second floor of a random building in a Japanese-only restaurant. But it’s full of people and smells great so we know we made a good decision.

After looking around on the semi-English menu feeling lost, Shane decides to point at what someone else has to ask about it. Without a word we are suddenly handed secret Japanese menus with more food, but all we can understand is the price. In our cluelessness, we pick what looks the tastiest. I’m still not certain of what we ate (we think it may have involved squid and pork), but it was huge and we ate it with baby spatulas: