Koyasan: The Story of Jose 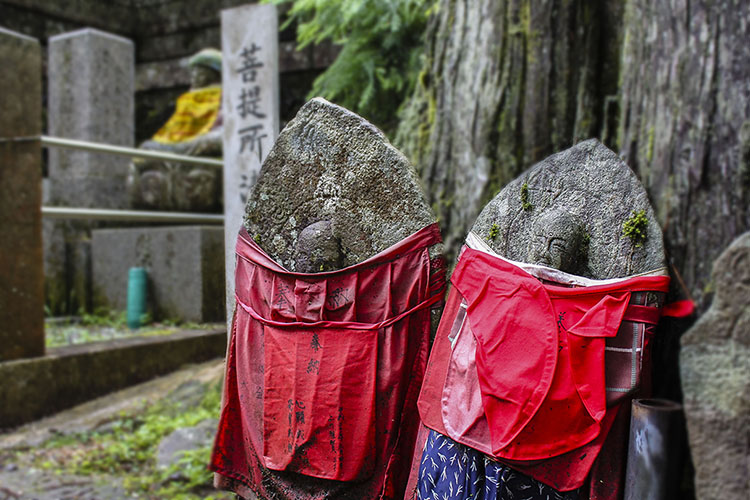 Our next overnight trip from Kyoto was down south to Mount Koya (ie. Koyasan) – a secluded town literally on top of a mountain that’s known for it’s peacefulness and spirituality. The only accommodations are temples, where the monks have been kind enough to open their homes to visitors. 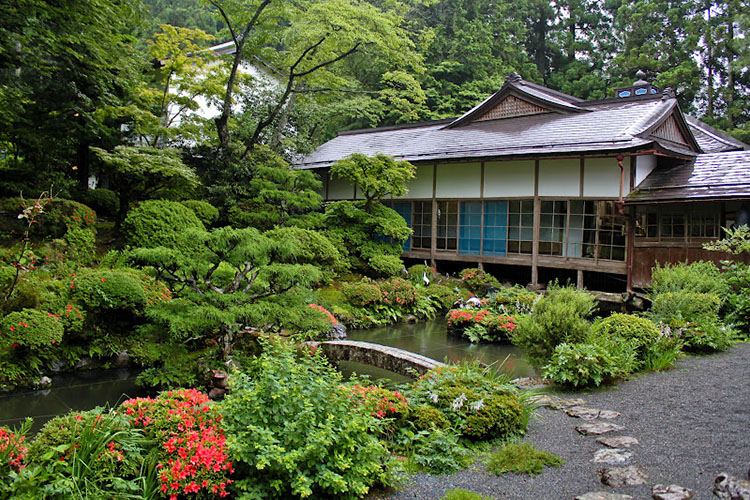 We arrived to some disappointing news – the youth temple we were planning on staying in was closed indefinitely and our only other option was staying at a different place for a much heftier cost.

While contemplating what to do, we were fortunate (?) in suddenly meeting our ‘accommodation angel’ – in the disguise of a tall, oval-shaped, boisterous Spaniard. He informed us of much cheaper options up the road and proceeded to lead us up to the monastery he was staying at.

The price was great and we were ever so happy! The temple lodging was very traditional. We had rooms beside the monks and shared all of the living spaces with them – including the big open-air shower rooms and onsens. The rooms were not even really enclosed – sliding paper walls separated you on all four sides from your neighbors. No locks here! The temple had a beautiful zen garden courtyard, and we heard the monks chanting before dinner and at their early morning fire ceremony (which we were lucky enough to peak in on). They also had a pet puppy – which was cute as it’s the first domestic pet I’ve seem here.

Everything was great and we were quite thankful for bumping into this fellow!

… If only we knew that at this point we had just awoken this man (“Jose” by the way) from four days of solitude with no interaction with other English-speakers.

Suddenly Jose magically appeared to chat whenever we returned to the temple. He somehow found our room and knocked on the door whenever he wanted to hang out. He was inescapable and we would all become frozen in silence whenever we heard as much as a rustle of noise outside the paper walls of our room. Andrew laughed that we are “living in fear” on this retreat.

The most painful part of the day went like this:

After a day of exploring the mountain, we returned in the evening excited to make ourselves a little dinner, bathe in the onsen, and have a relaxed night in the room. We’d been waiting for this all day, and it was a big reason we came up to Koyasan in the first place.

However, Jose had other plans.

He hunted us down as soon as we returned. He invited us to go out for beers and we really couldn’t refuse after all his help the day prior (though it seemed a bit inappropriate considering the location we were in). He found us a bar (very obnoxiously interacting with locals by the way), lit a cigarette and talked about his work (Reiki) for the next hour while we sat nodding, our glasses empty a good 30 minutes prior. Andrew kept nudging me as our relaxing time was ticking away, and we knew we had to find a way to leave.

So all of a sudden, Andrew begins a coughing fit. He coughs and coughs, and I begin to mumble an explanation that the smoke must be acting up his asthma. Shane joins in, mentioning the “puffer in the room,” and at last we have a sliver of hope to escape.

However, despite our impromptu acting skills, we didn’t realize that this gave Jose a perfect opportunity to demonstrate the powers of Reiki… and within seconds Andy was laying on the ground with Jose’s arms swirling around him. This continued for an awkward 45 minutes, while Shane and I watched Jose blow on Andrew’s stomach. The practice concluded with Jose explaining that Andy needs more attention from his partner (haha).

We thanked him and told him Andy just needed a good rest.. and it was the perfect excuse to get back to the room and have a good laugh. Don’t get me wrong – Jose was very friendly, I sincerely enjoyed learning about his complementary medicine techniques, and he really meant well… but it was really just the whole nature of the situation that made it seem more painful. 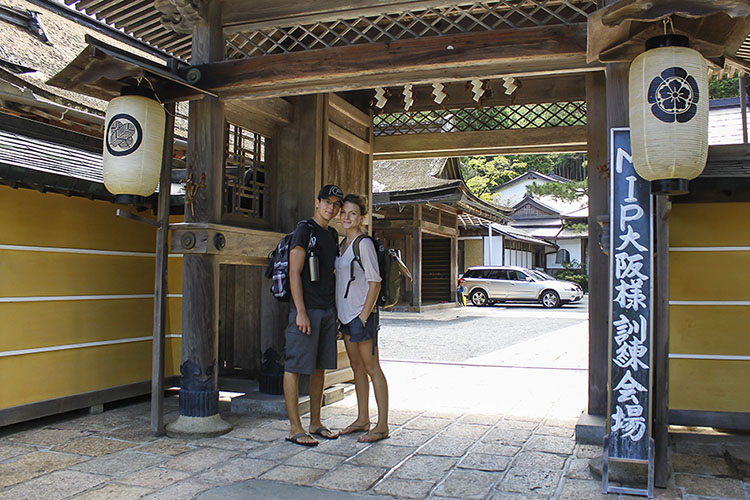 Regardless, Jose returned twice more that evening – checking on Andy and asking for dinner – but each time we explained that Andy had not yet fully recovered and needed more rest. After the third try, I think we had our final goodbye. 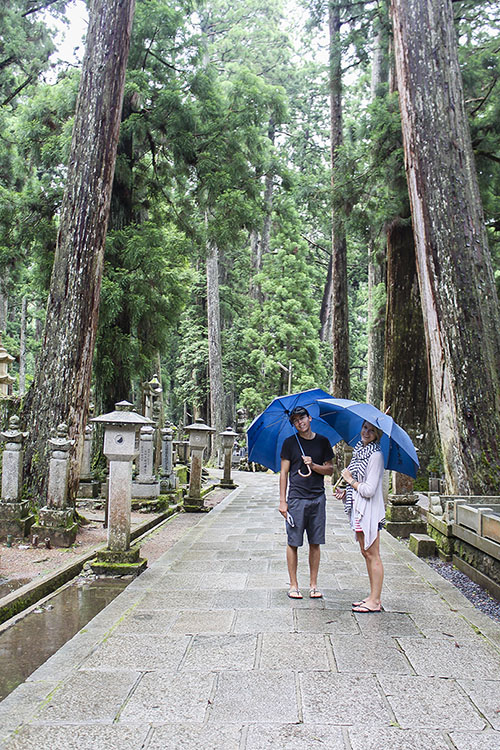 The remainder of the night was wonderful. Though later than expected, we still took the time to relax in the onsen, sprawl out on our futons and eat snacks while playing cards till the early morning… 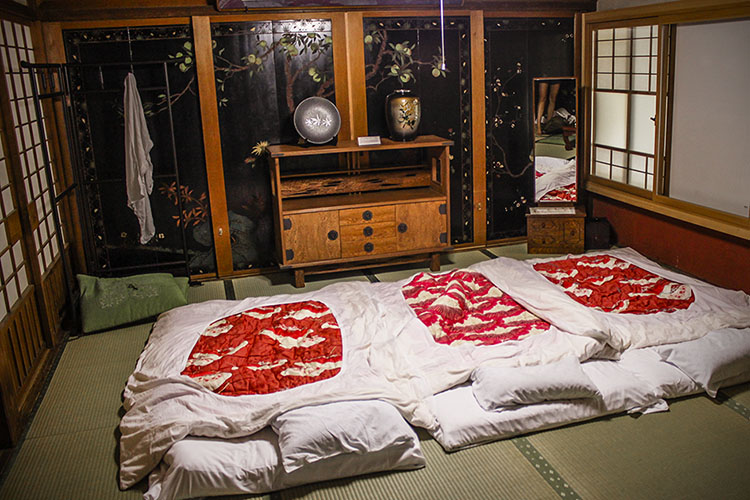 PS. Some of the photos from this post are taken from the Okunoin Cementary in Koyasan. The picture of the rid bibs on small Jizo buddha’s signify that a child was lost, and the bib is placed on the buddha in the hopes that their god will take care of the child until their parents join them in the afterlife.