Ninh Binh: Floating Down the River 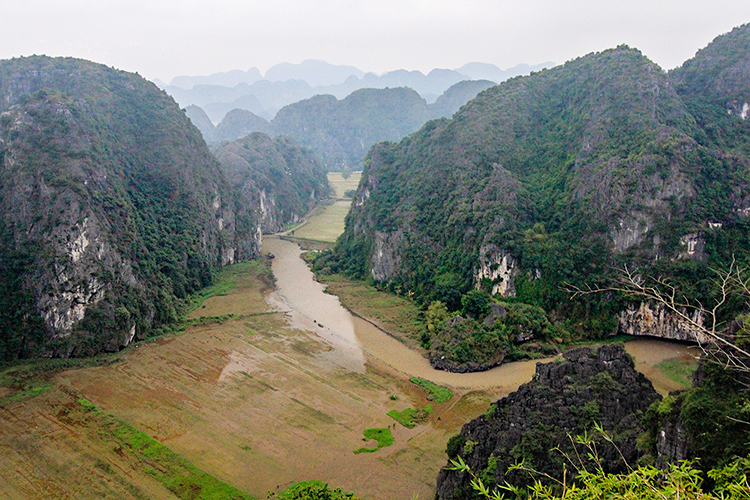 Ninh Binh province is home to Tam Coc, a miniature version of Halong Bay with rice paddies sandwiched between limestone peaks. We first decided to go because saying Ninh Binh (“neeng beeng“) is so fun, but also because the scenery itself warrants a visit. 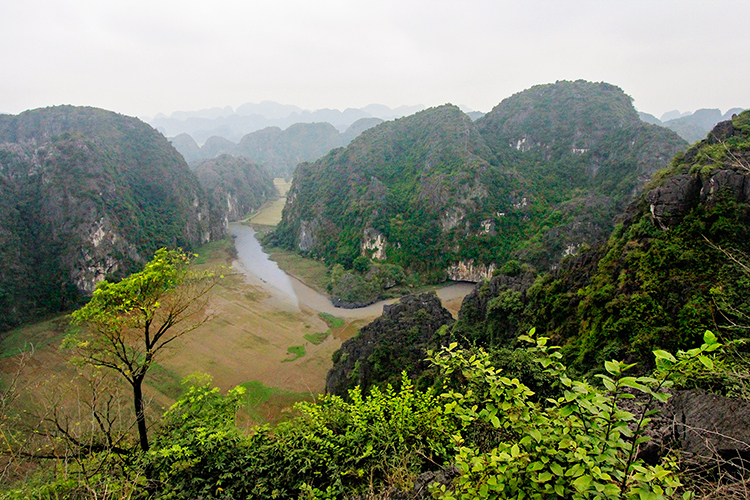 Paddling Down the River by Foot

In between the large limestone peaks of Tam Coc runs a small river serving the neighbouring rice paddies. The best way to enjoy the views is to take a float down the river: 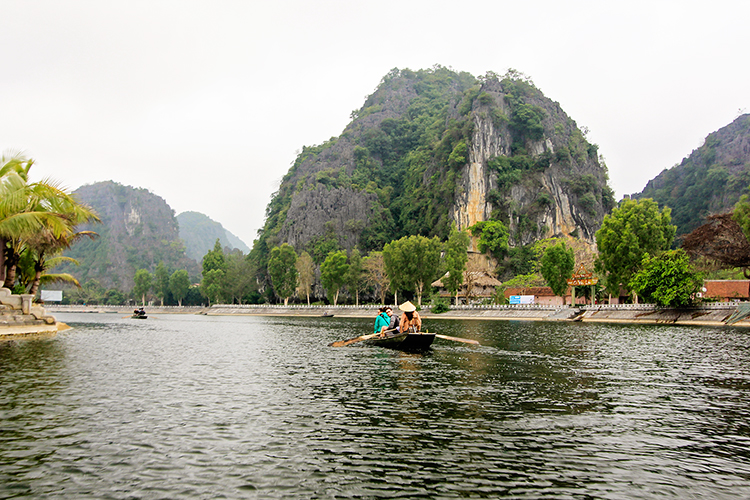 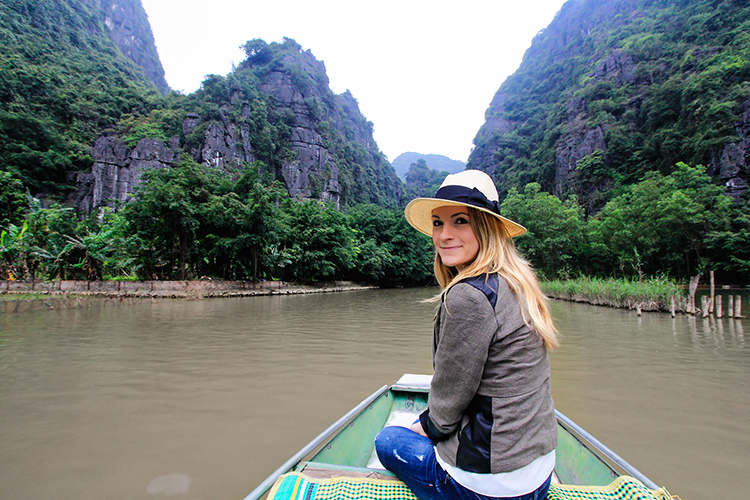 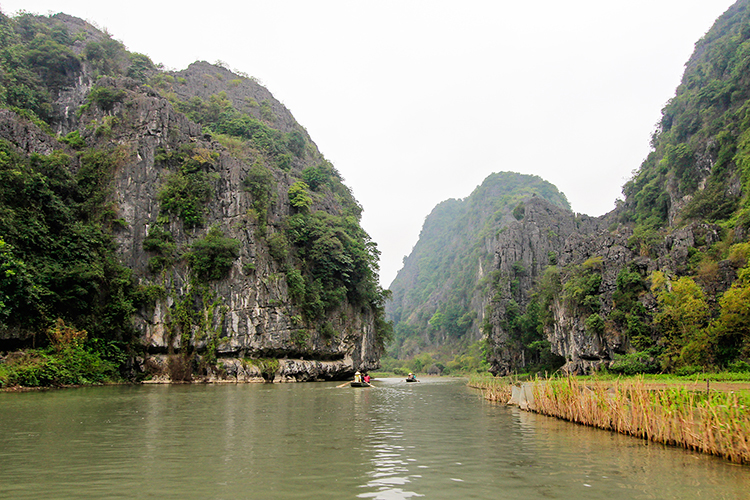 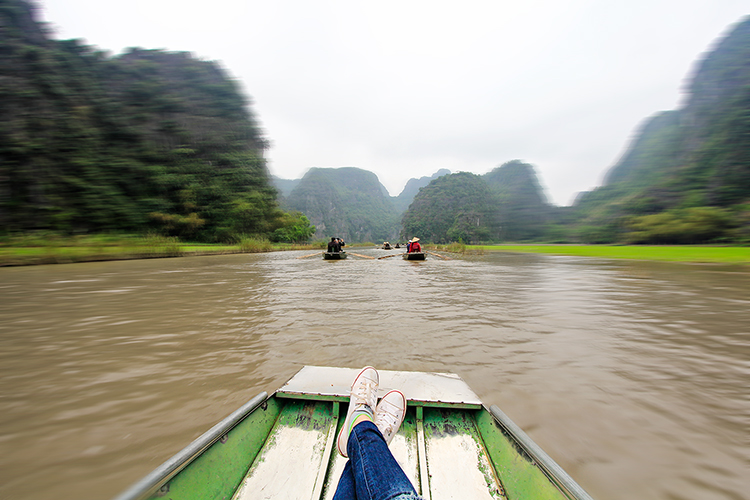 What we didn’t know is that we would be put in a small aluminum boat powered by an elderly Vietnamese lady. If that wasn’t impressive enough, we quickly realized she, as well as many of the other drivers, rowed the boat with her feet. It was quite the display of coordination as she steered us around obstacles and through the three caves Tam Coc is named after. 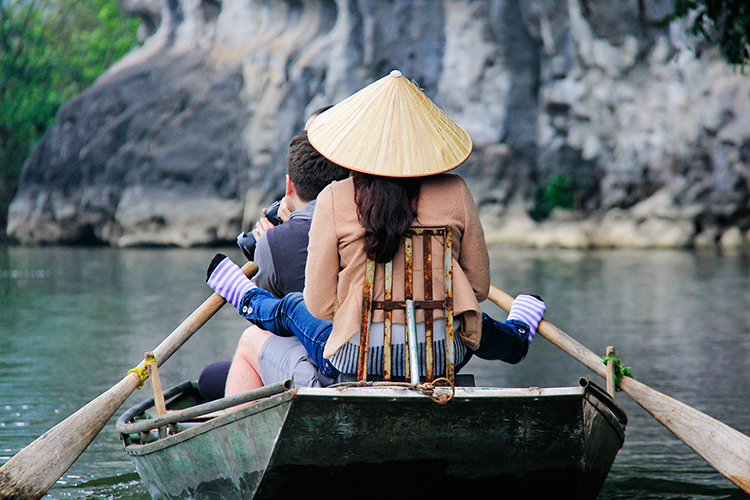 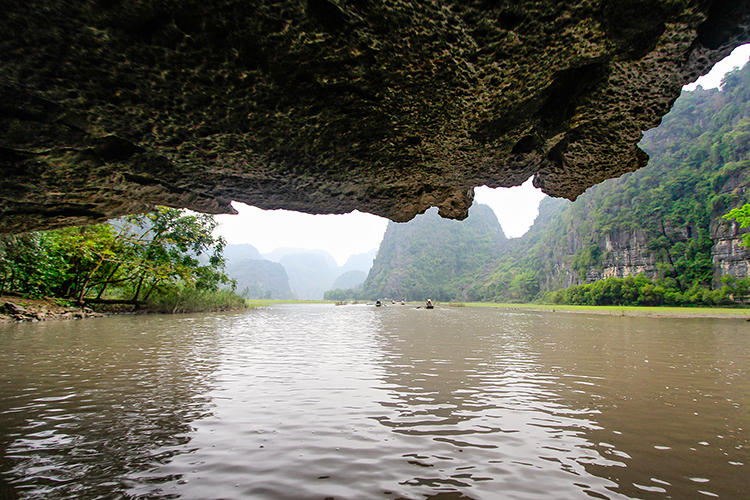 A View From Above 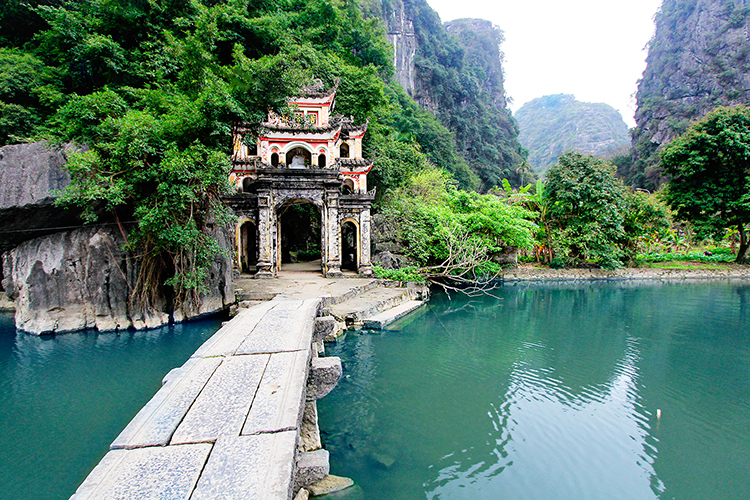 Among the peaks in this area are several hidden pagodas and temples. Some required a scramble up the mountain, or climbing 450 stairs in a hurry to make it back to the city in time. 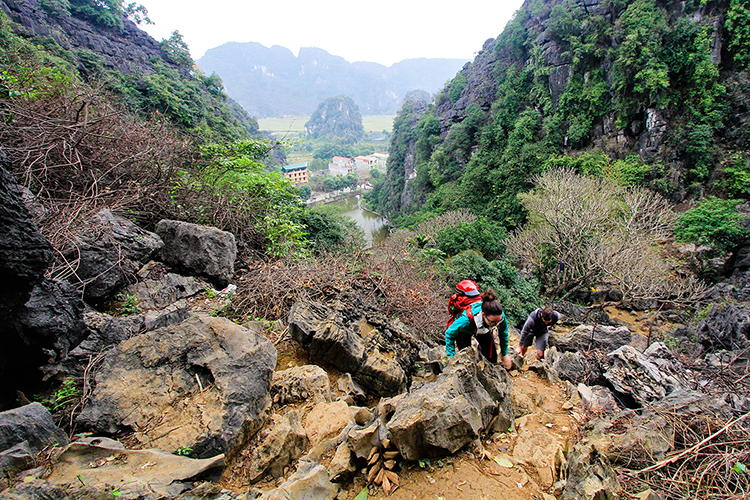 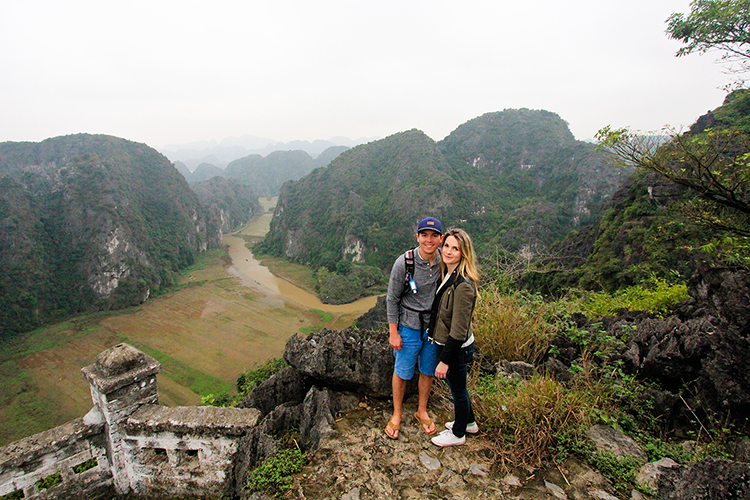 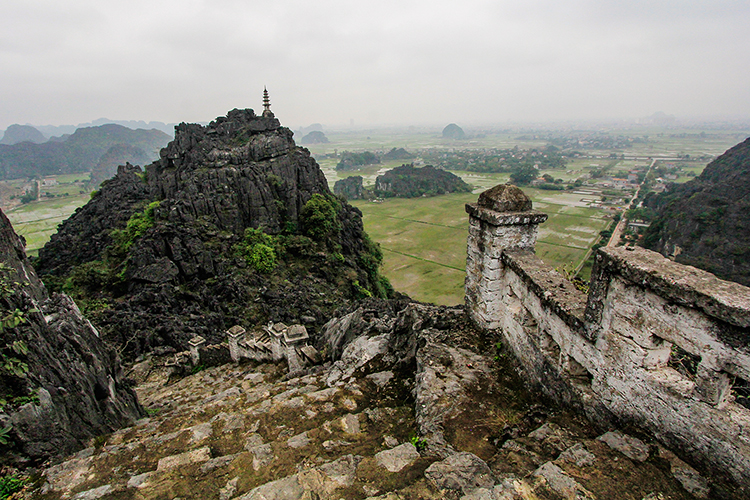 But before we stepped onto any sacred ground, we were reminded that we had to be proper tourists, and remember not to sashay around like we owned the place… 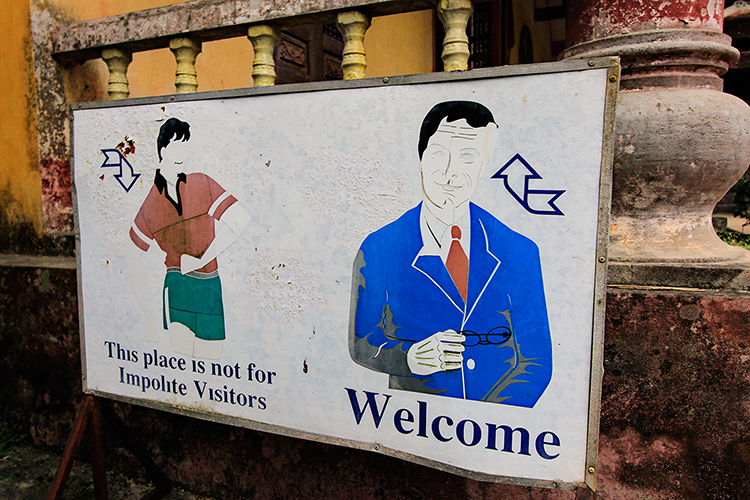 Before the end of the day Scott and I managed to get our hands on a couple of scooters to explore the somewhat calm country roads (after leaving the chaos of Hanoi). Having little experience riding scooters before, I think we did quite well and this time it went without a hitch. Next time wasn’t quite so successful… but more on that later. 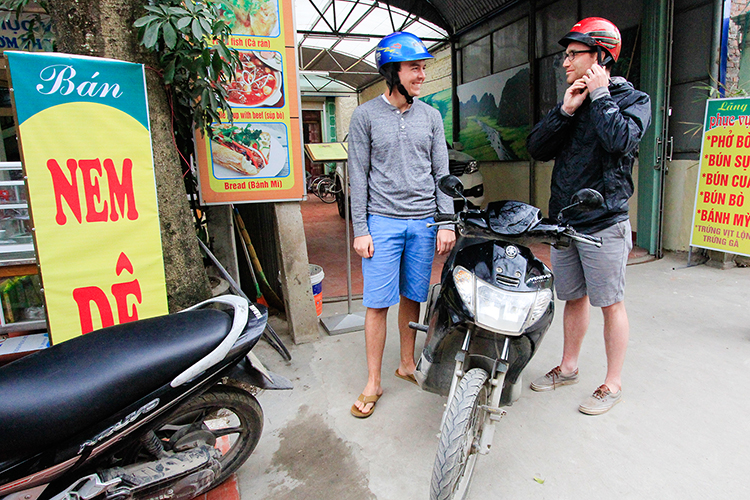