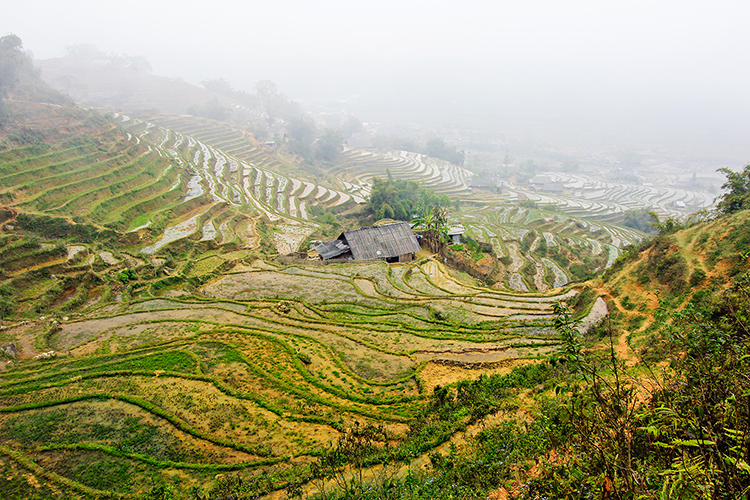 Sapa is the mountainous region in northern Vietnam, near the border with China, now known for its terraces upon terraces of rice paddies and various hill tribes.

For a long time this rugged region of Vietnam was uninhabited due to its harsh living conditions and volatile weather. A few hill tribes scarcely populated the mountains. Only since the 1990s has tourism started to develop in the region. 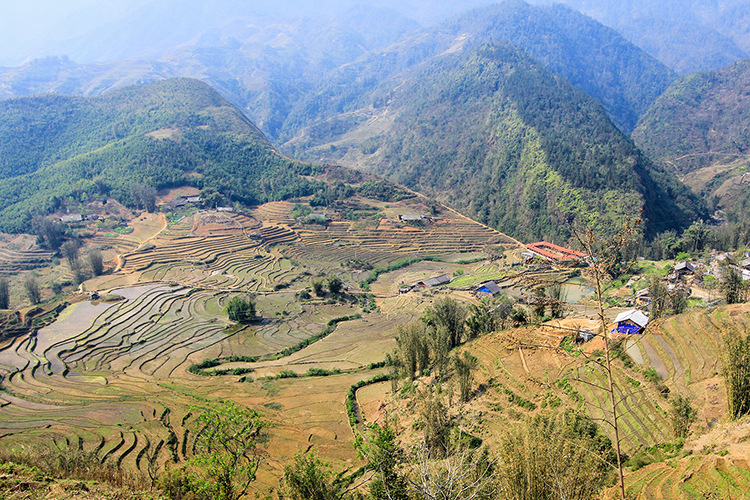 Sapa town is picturesquely positioned above a dramatic valley of rice terraces. And though it was once quaint, it is now full of hotels and tourist shops full of trinkets to appeal to the visitors. It has much the same feel as Banff in Canada or St Moritz in Switzerland, just a little less fancy. The hill tribes are quite poor, even by rural standards in Vietnam, so many of the streets are filled by village ladies trying to make money from their handicrafts, or their children who are skipping school to sell tourist bracelets. 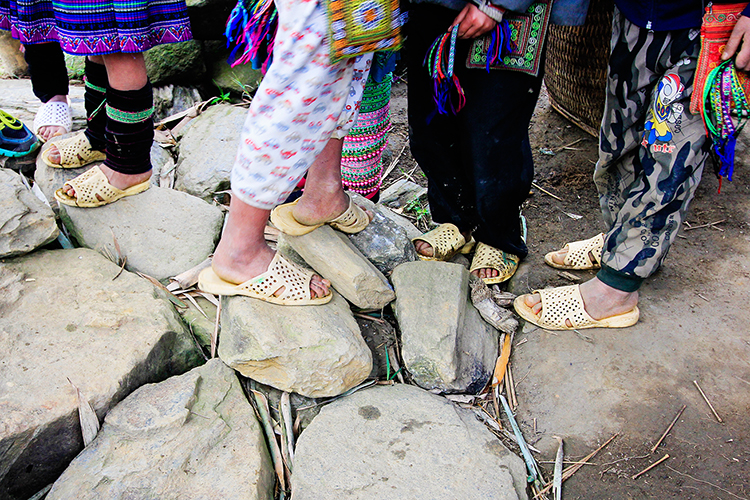 However, this hustle and bustle is easy to escape within a few moments of hiking out of town, which is what we aimed to do in order to get up close and personal with the paddies.

We started our early morning in Sapa with breakfast, which surprised us with an amazing view of the surrounding valley: 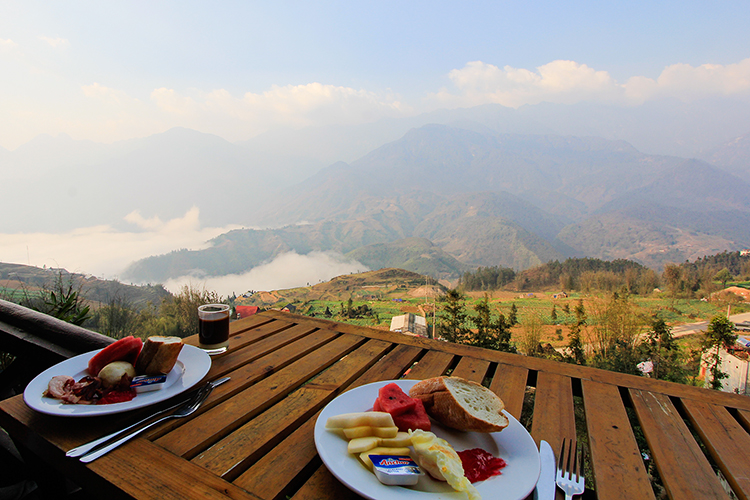 We then set out for our 12-km hike of the countryside.

Within a few steps of our walk, we noticed we were being followed by a gaggle of ladies, colorfully dressed, with baskets and babies strapped onto their backs. 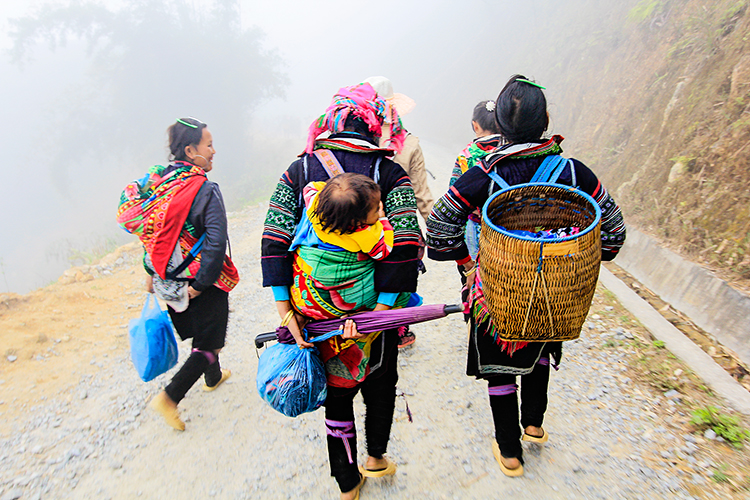 Though at first confused, we quickly learned these were women from a nearby hill tribe. They come into Sapa town in the morning to collect goods for the day, then head back to their village, escorting visitors through the rugged terrain (Carmen may or may not required them to save her life a few times) in the hopes that we might buy some of their homemade handicrafts to make a living.

Without much choice regarding our new friends, we shrugged our shoulders and set off to trek with our now doubled-in-size group. 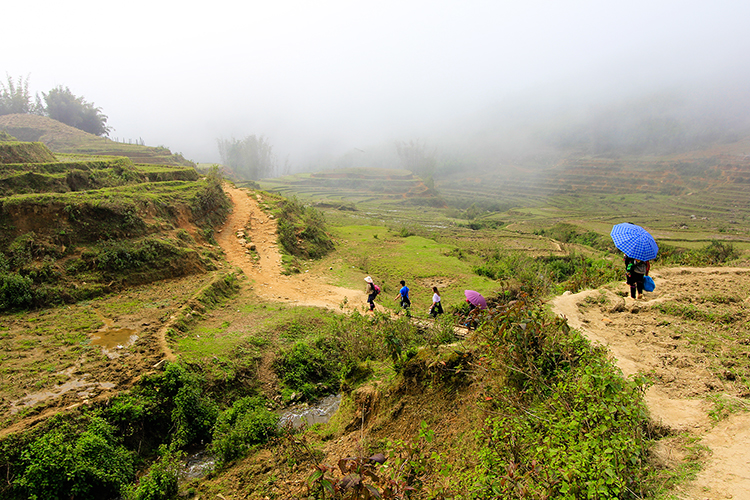 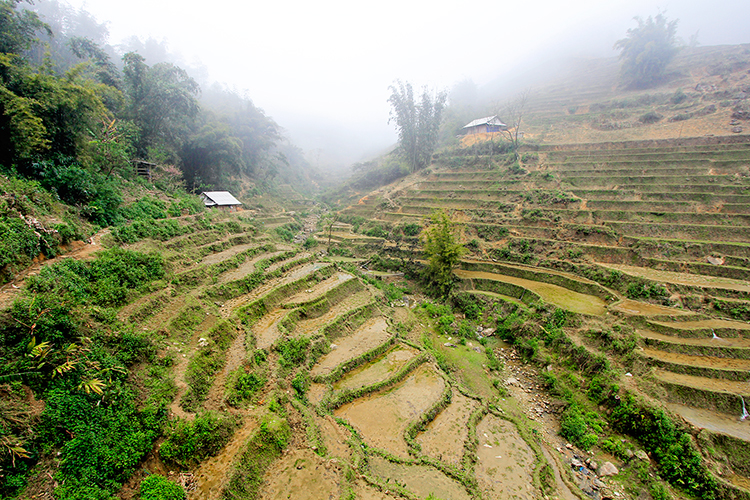 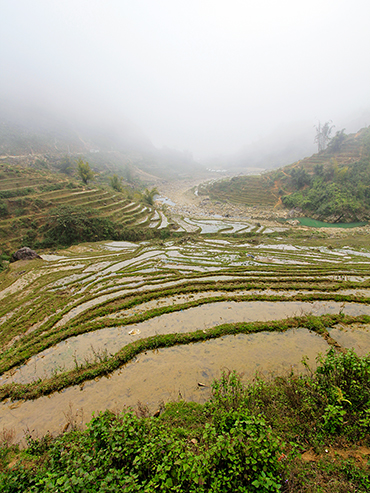 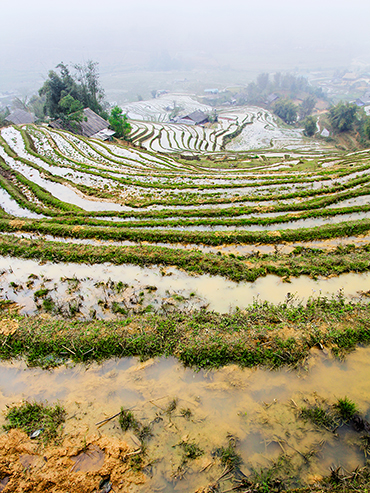 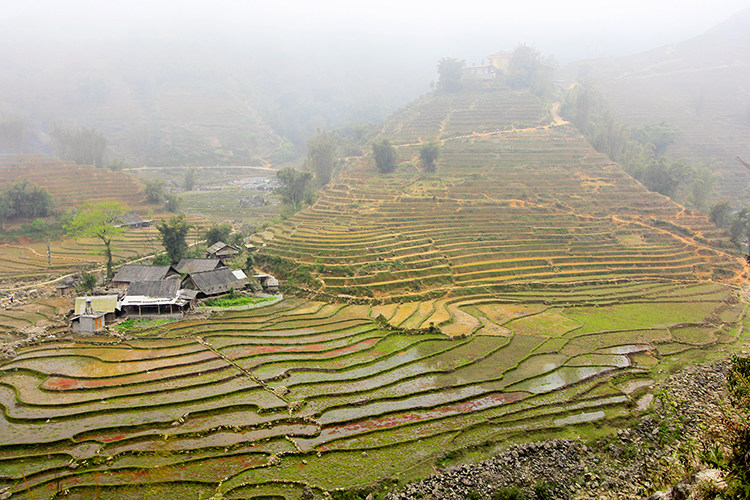 Northern Vietnam is colder, so rice is only harvested once (unlike the south, which has 3 full crops a year) from May-September. The paddies are filled with water, every little rice seedling planted by hand, and then each individually cut during harvest. 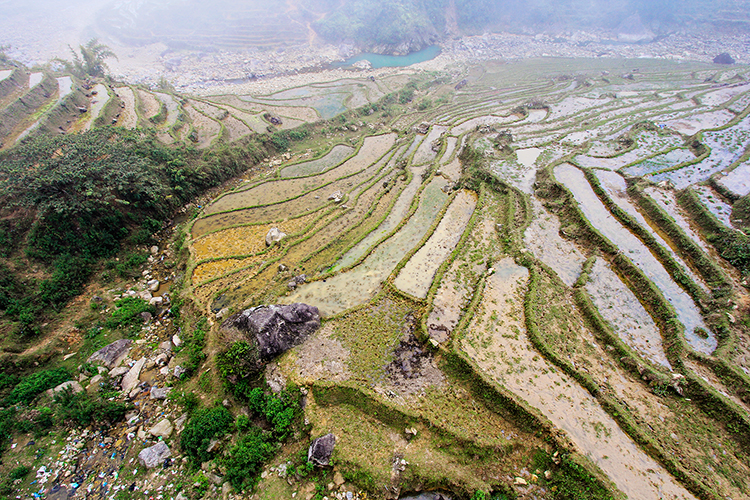 To plough the fields they use a sophisticated power source: water buffalo. Suprisingly, they are actually one of the most powerful sources available for land preparation! Since we were visiting the rice paddies out of season, we watched the buffalo in action instead. 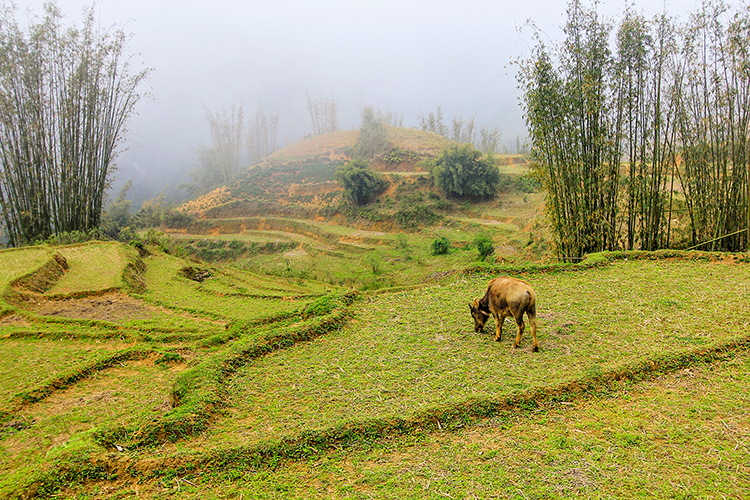 Poverty among the hill tribes is prevalent, so people who live among the terraces thrive off the land. The rice made here is not exported or sold, but is purely used to feed those who live among it. Therefore, rice essentially makes up breakfast, lunch and dinner here, with the occasional supplementation of locally grown vegetables. 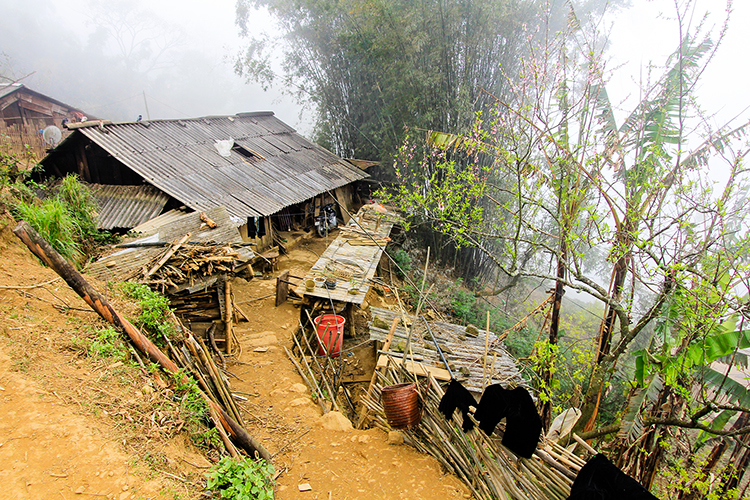 Since the paddies are for the locals benefit only, large groups of rice paddies are owned by individual families. These are passed down from son to son in every generation. So if you’re a lady, you’re kind of screwed unless you escape to the “big city” for a job or find yourself a husband with a batch of his own paddies.

Along our walk, our village people picked and peeled some sugar cane to enjoy. It’s a very fibrous treat (it’s what you’d expect from the stalk of a grass) but the closer to the core you get, the more sugary juice oozes from the fibres. We hiked along, biting and spitting sugar cane as we went. 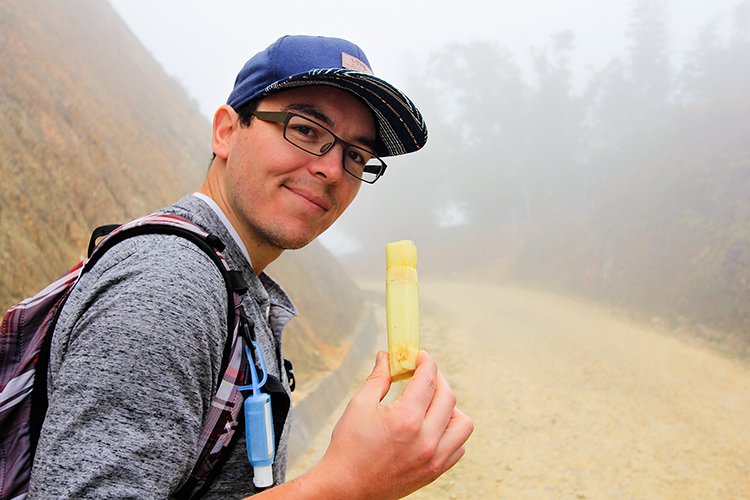 We finished our hike in one of the local villages, dropping our village ladies off at home, and headed back out of Sapa – down the usual winding, narrow cliffside roads you’d expect from a mountain town – back to the noisy chaos of big city life!