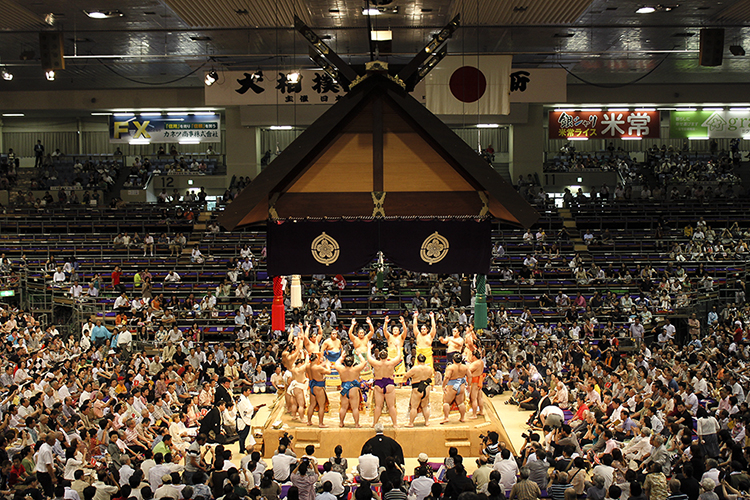 We attended the opening day of Japan’s official Sumo competition in Nagoya today!

It was quite fun and interesting to observe! The men were so large (in height and weight – especially when you accidentally bump into one at the grocery store) and I didn’t quite appreciate all the rituals involved with the sport before this. 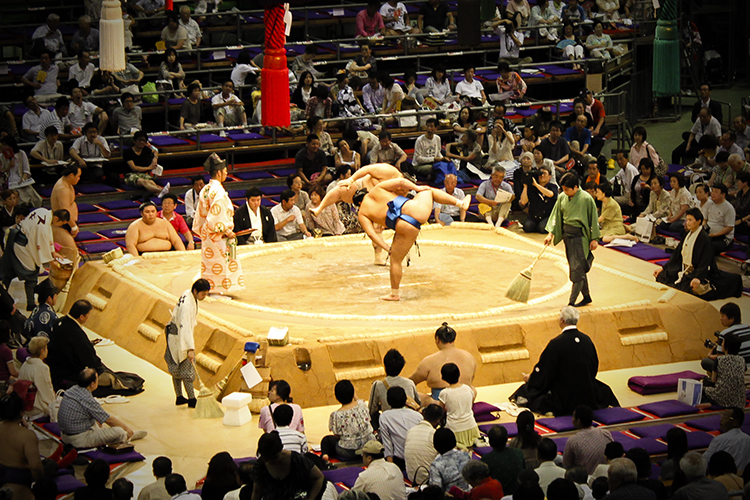 Sumo wrestlers are part of an exclusive group that is very much based on hierarchy. The actual matches seem to last only a few seconds (though these are often very exciting as the men try their hardest to push one another out of the ring), but the rituals before hand last much longer:

Often, the rituals happen several times over before one wrestler actually makes the first move – this is apparently due to ‘mental preparation’.

PS. I was just reading how sumo is starting to become a problem as wrestlers have a much shorter life expectancy – in the early 60s – due to heart disease and diabetes. 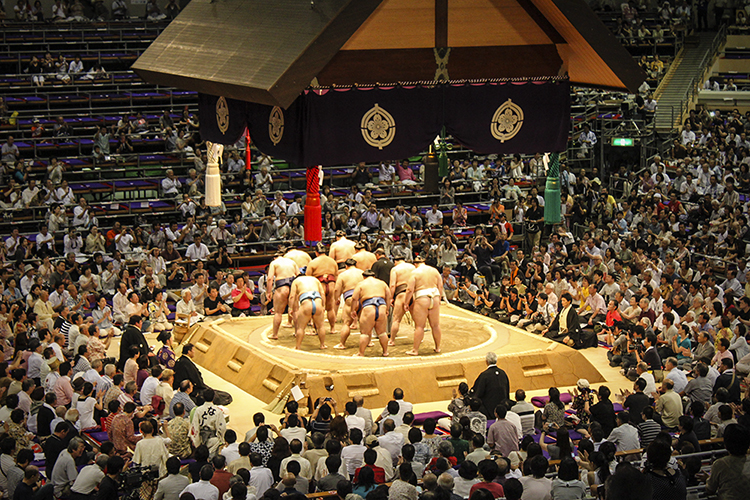 By the way, our JR Rail Pass is the best. We went to 4 cities today: woke up in Osaka, went to Toyota for a car factory tour, then here in Nagoya for the Sumo competition, and ended up in Kyoto for the night in a capsule hotel (post on that upcoming). Easy!

Tomorrow, we’re climbing Mount Fuji – Japan’s largest mountain/volcano. Wish us luck and hope for no eruptions. Apparently it erupts every 300ish years and the last one was in 1707, so….