We went to Toyota city today and took a free tour of the car factory. Not as fancy as the BMW factory in Munich, and definitely no beer drinking on the job. However, it was a very Japan-appropriate factory for the following reasons: 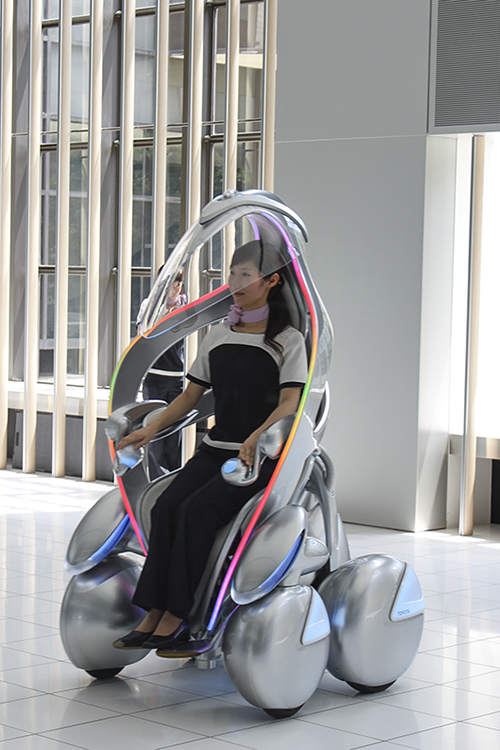 1. When something goes wrong on the assembly line, a jolly ring-tone plays (such as ‘Mary had a Little Lamb”, “Fur Elise” or “Itsy Bitsy Spider”), despite the fact that the entire assembly line shuts down until the problem is fixed.

2. There are cute animal drawings on the robots. One robot pulling cars around was disguised as a lion.

3. We decided everything is more fun in Japan because they love to incorporate games into everything (including the temples – there was often some sort of activity to take part in)… so of course our tour included games of car-building skills where you raced against the assembly workers.

4. Their exhibitions involve a lady driving around an alien-like robot car that can turn into a bed (photo above). And every hour they have a robot that plays the trumpet.

PS. Did you know the Toyoda family started up Toyota?