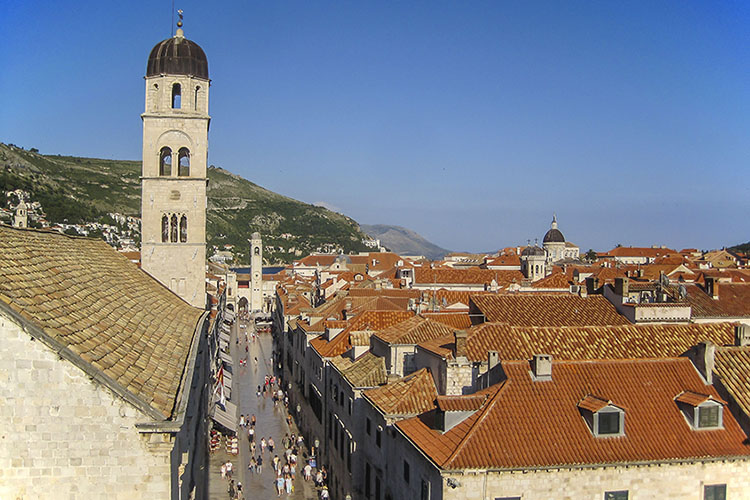 Dubrovnik is considered one of the most beautiful cities in the Mediterranean and it was a pleasant way to end our month-long adventure!

The city is overall quite a bit smaller than most in Croatia, which gives it a more quaint feel. It has both mountains and ocean, and an old town that looks beautifully untouched. It is surrounded by ancient city walls that you can walk along, and tiny marble streets that all look identical to one another, are for pedestrians only, and are incredibly clean. 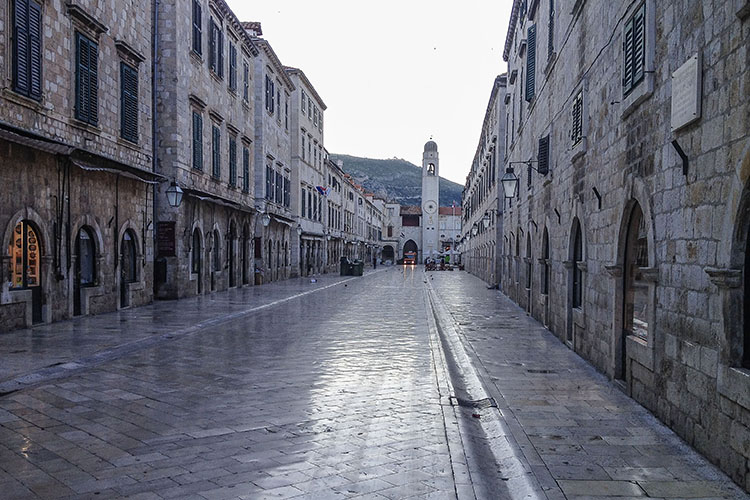 There is definitely an abundance of tourists in Dubrovnik, so we appreciated early and late night strolls through the streets when it seemed like you were the only one there.

At least the city forbids the building of any large tourist resorts, which helps to keep the traditional feel. 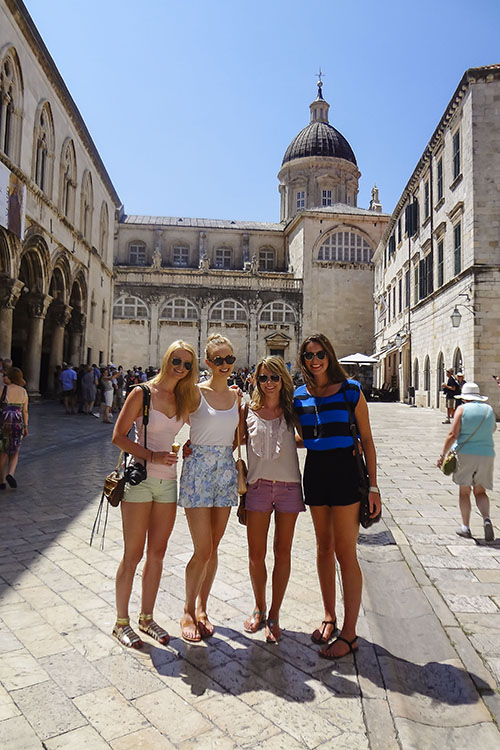 We spent one afternoon walking the ancient city walls, which give you a full view of the city and the ocean. It is definitely a worthwhile way to appreciate the old town. However, the narrow walkways really make you appreciate the importance of street etiquette… 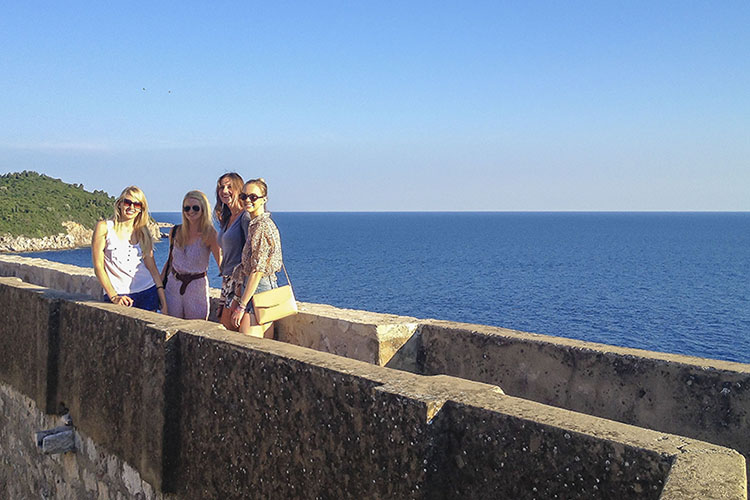 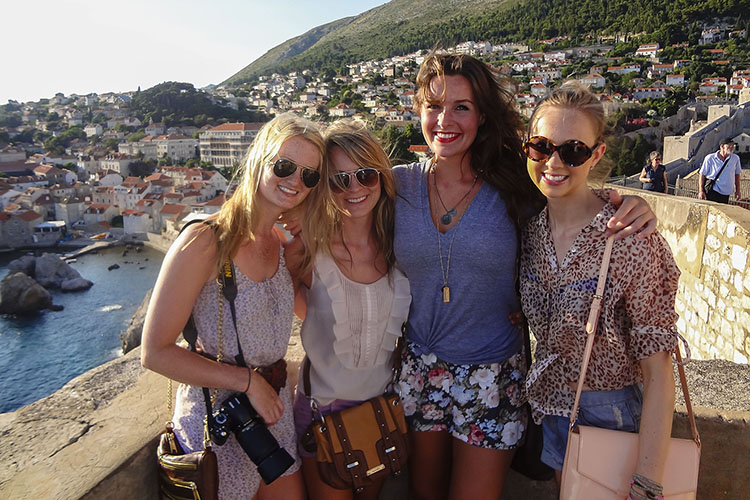 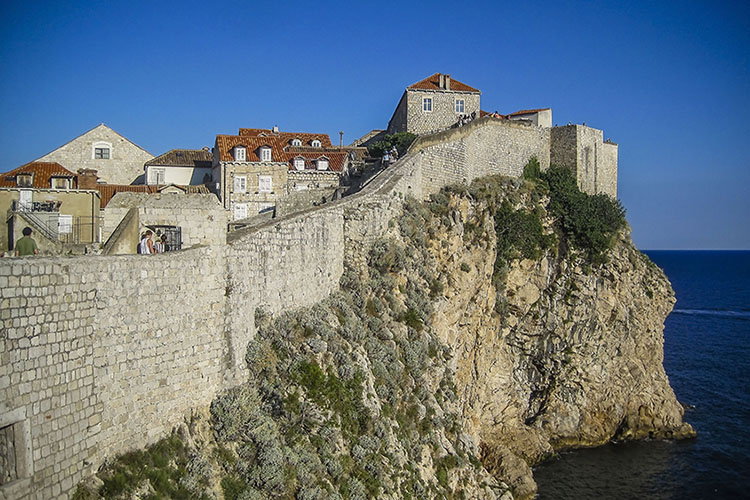 Along the way there was a cafe perched right among the rocks overlooking the water where you could sip a cold beverage while watching people cliff dive below you. It was also a wonderful way to beat the 35 degree heat in the middle of the day! 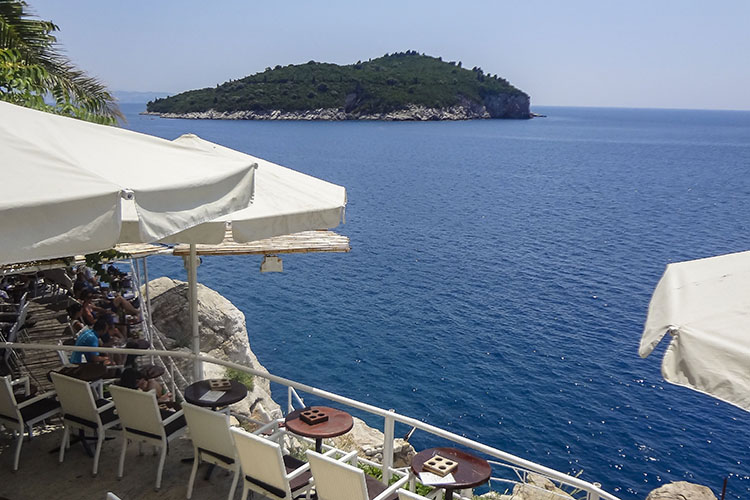 From Dubrovnik you can easily jump onto a ferry to any of the nearby islands. We did this on our final day and ended up in Lopud, an island where no cars are allowed and where, after a small hike through the forest, you end up at a beautiful sandy beach (the photo below is pre-hike). This was only one of two sandy beaches we’ve been on all trip! 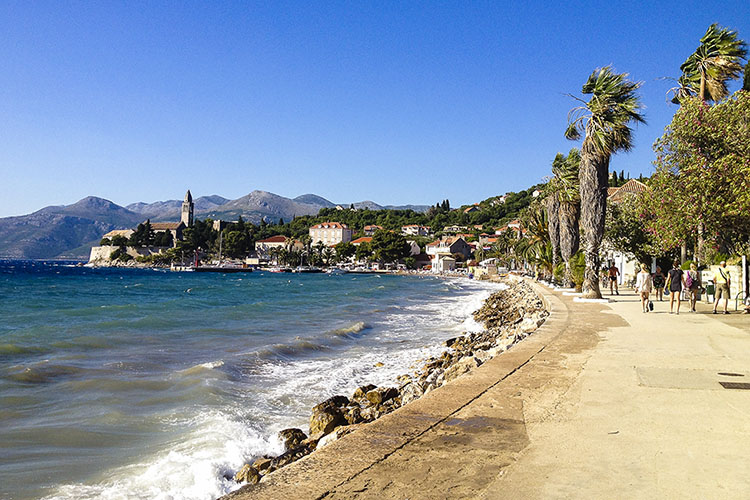 I would say this city is a little gem along the Adriatic Sea, and one you could probably spend a few more days exploring in than what we had. Either way, a wonderful way to have a final toast to our trip! 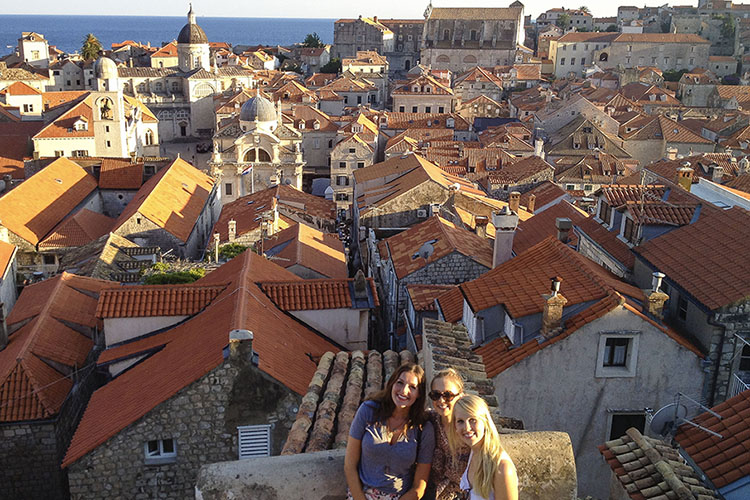 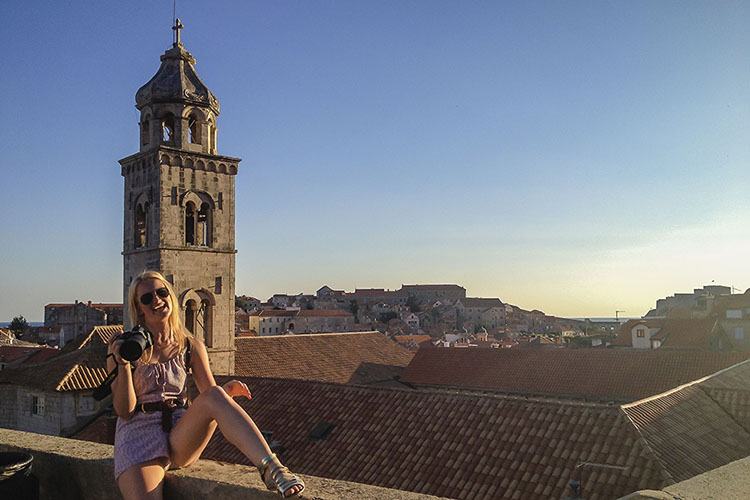