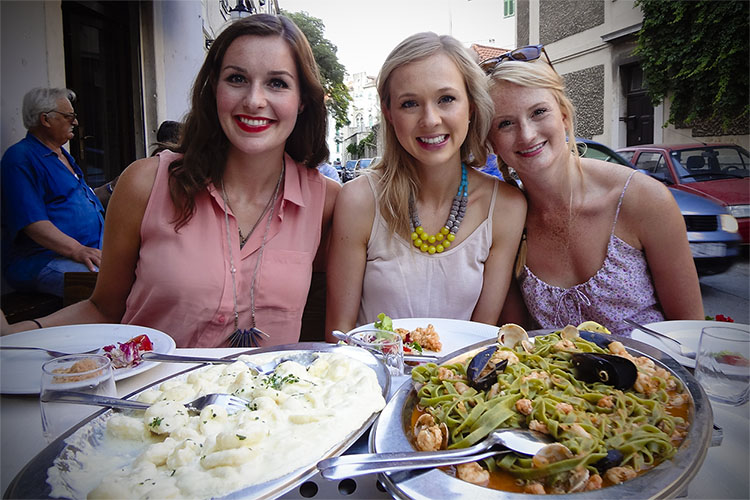 The girls have started to laugh at me and my taking pictures of food. I think they assume I will be a cruel partner and make Shane sit through an album of 100 photos of food when I get home. Silliness.

(I will warn you again in advance for the bad photo quality – they were all taken with my phone in poor lighting and there is not much I can do to revive them.)

The food in Croatia has actually been more of a change than expected from our last two stops. We’ve learned that the Croatian coast is basically a continuation of Italy, and thus pastas, pizza, and seafood are found EVERYwhere.

Food varies greatly throughout the country due to its turbulent history with many cultural influences, but we’ve been sticking to the Dalmatian coast which keeps us to the specific delicacies of this area.

Some interesting differences we’ve noted are that meals traditionally begin with a plate of deli meats and cheeses. Thus, we’ve been heavily enjoying the favorites – prosciutto or Dalmation ham with Pag cheeses. Shane would be thrilled. 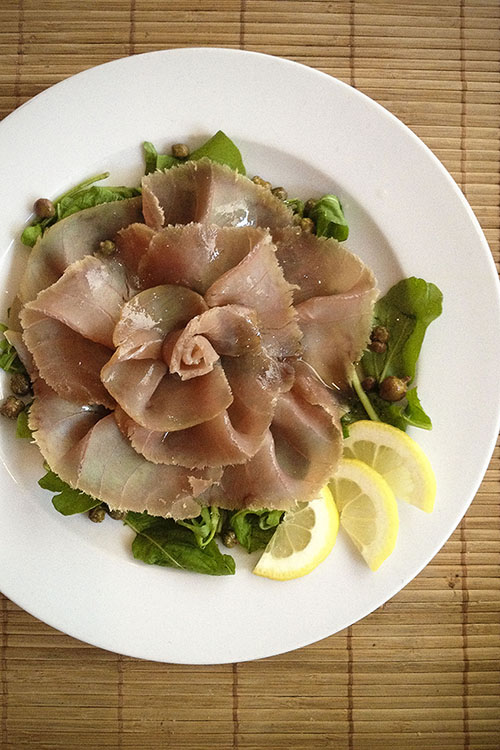 Also, their basic salads always come with a base of cabbage… something that seems new to this area.

Another specialty in this region is risotto, but particularly black risotto made with cuttlefish that gets its color from squid’s ink. I couldn’t help but give it a try! Pretty tasty in small quantities; but after more than that, I found it started to taste a little too fishy. 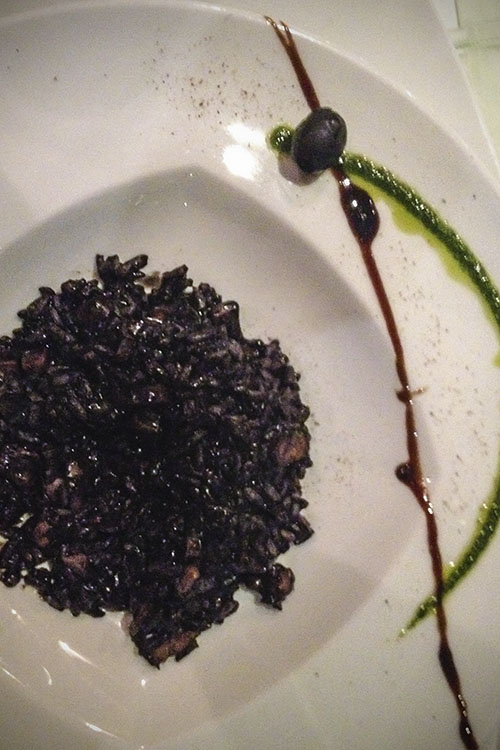 Something else I learned about Croatia is that they’re actually known for producing some of the world’s best wines. So obviously we couldn’t resist a tasting, and we ended up making a night of it. We bought bottles of various local grapes (Plavac, Posip, Debit), some local chocolate and locally made cheeses, and had a wonderful night in! PS – For red wine recommendations, try the Zlatan Plavac. 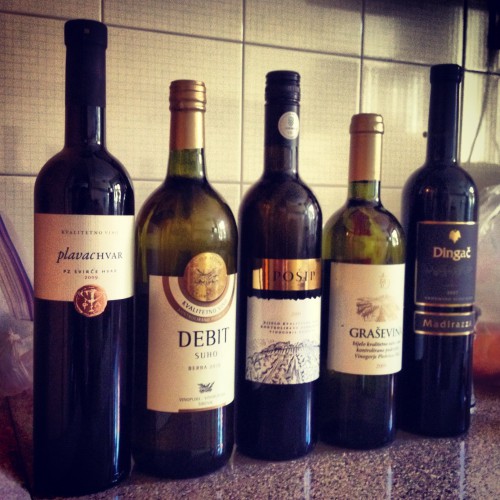 And the best came from our apartment owner’s mother in Hvar, the one who ran out everyday when we passed yelling “my darlings” and clasping her hands. She told us that she would be our mother since we were here for five days, and surprised us with a homemade apple strudel on our last day: 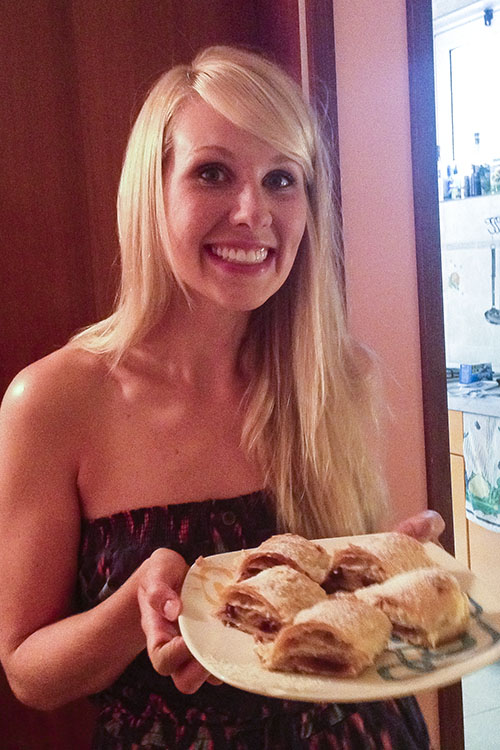