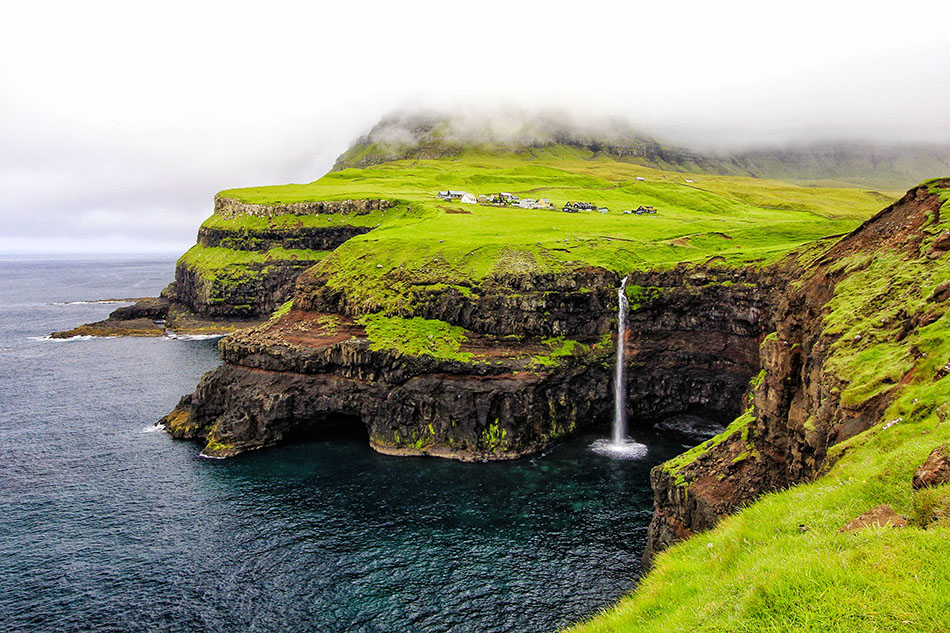 We explored the Faroe Islands by road today. Which was easy as the whole island can be driven in a day. Anywhere on the Faroes you are never greater than 5 km from the ocean, giving you an idea of just how small and manageable they are. All the roads combined in the islands make a total of 600 km, and we managed to drive 300 of these today.

The drive was unique, with two under-the-sea tunnels and many one-way roads or tunnels with frequent turn outs. It was also quite pretty, with misty fog rolling in and out among the islands rather quickly. Whenever it cleared, you could see sheer rock cliffs into the ocean with numerous islands in the distance. It is easy to see why the Faroe Islands are considered one of the most beautiful and unspoiled places on Earth.

Here are our recommendations for the best towns to visit and Faroe Island top sights (other than Torshavn, which was covered in our previous post):

So I’ll share with you our little secret: this was the photo that first caught our eye browsing travel blogs over a year ago. That was our “we have to go there” moment, and what motivated us to visit the Faroe Islands.

On this island of Vagar is Gásadalur, a village comprised of a total of 17 people with this stunning waterfall that flows directly into the Atlantic.

The peaks that surround Gásadalur are 2400 feet high, so getting to the village used to be quite a challenge. People had to hike or go by horseback, until 2004 when a tunnel was finally blasted through the rock allowing cars to pass.

Gjógv is one of the most picturesque towns in the Faroe Islands, situated on the north of Eysturoy island. It is named after the long sea gorge that runs from town out to sea. You can walk the cliffs along this gorge for beautiful pictures and amazing views of the area. Many people spend the day hiking up into the hills above Gjógv. 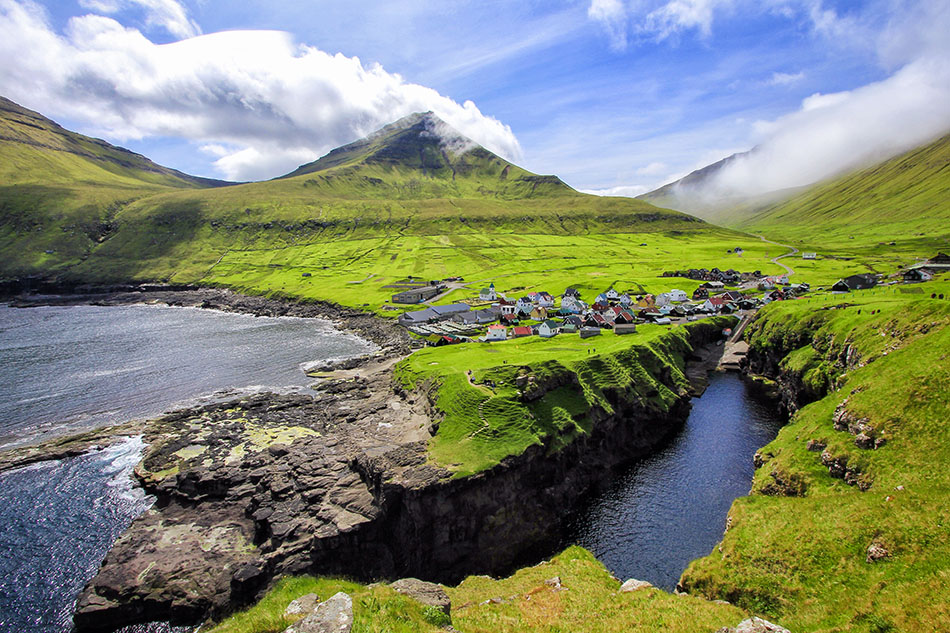 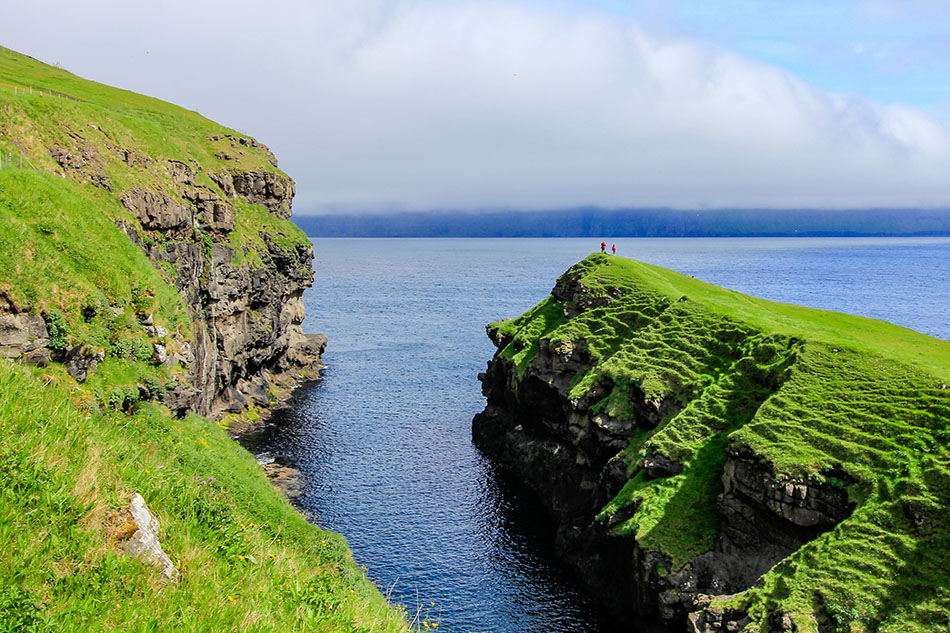 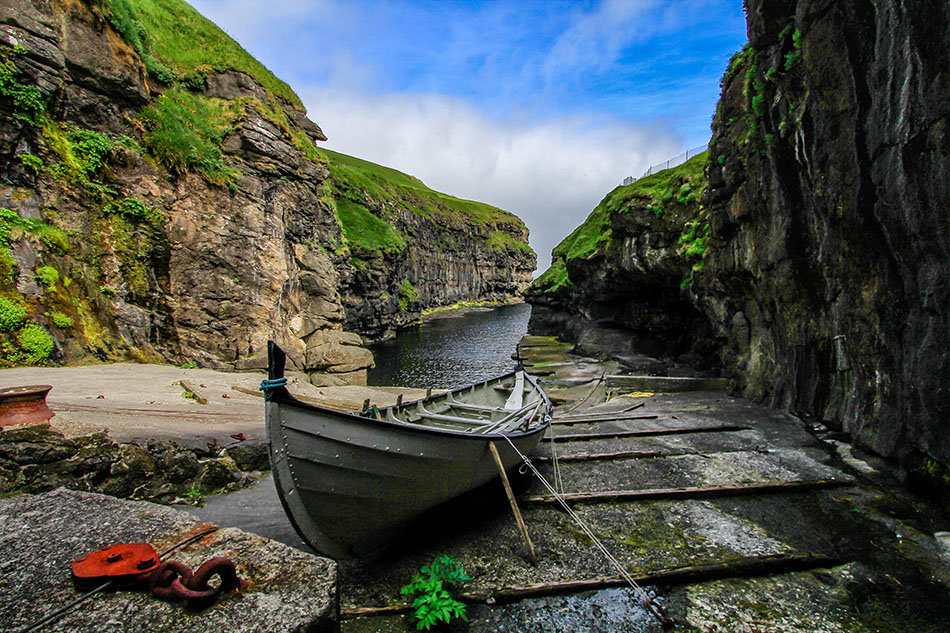 Saksun is a tiny settlement of grass-roofed huts at the bottom of what used to be an inlet surrounded by tall mountains. With the inlet gone, a small lagoon remains and tiny channel connects it to the Atlantic.

Getting there requires a windy drive on a one-way road. This means you must use the turn-outs frequently to let other cars pass; sharing is caring.

The village now seems tucked into this used-to-be-cove, and when the clouds push their way in they seem trapped between the mountain walls. This explains our misty photos, which we took periodically running out of the car when it seemed there was a moment where the clouds broke through. 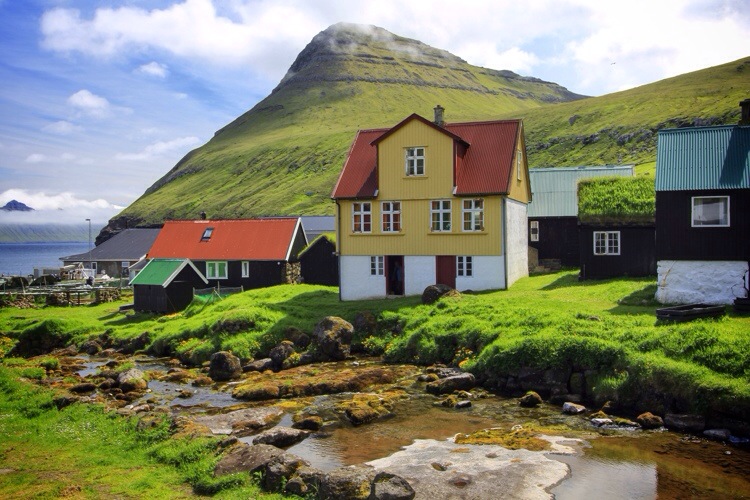 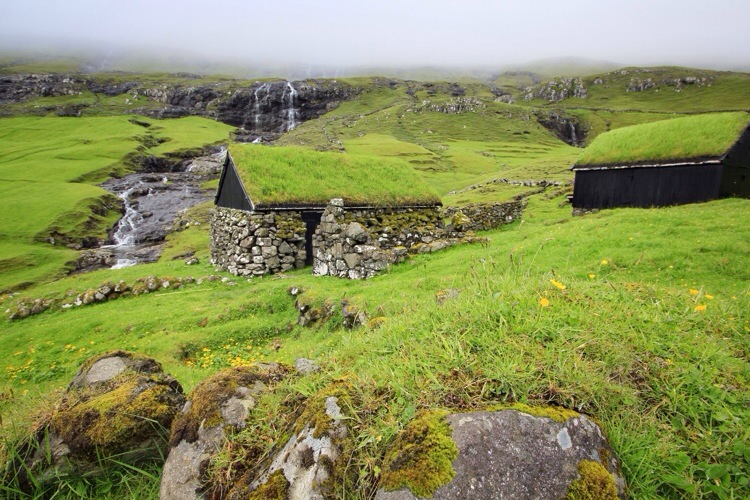 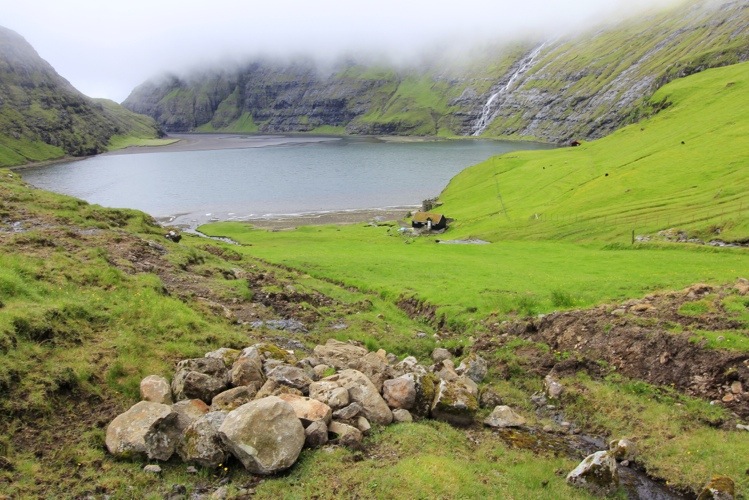 Our only friends here were a couple wandering sheep and the misty clouds of the Faroe Islands.

One of the many cute coastal towns along the drive through the Faroe Islands. This one is at the bottom of a switchback road on the northwest coast of Eysturoy island. 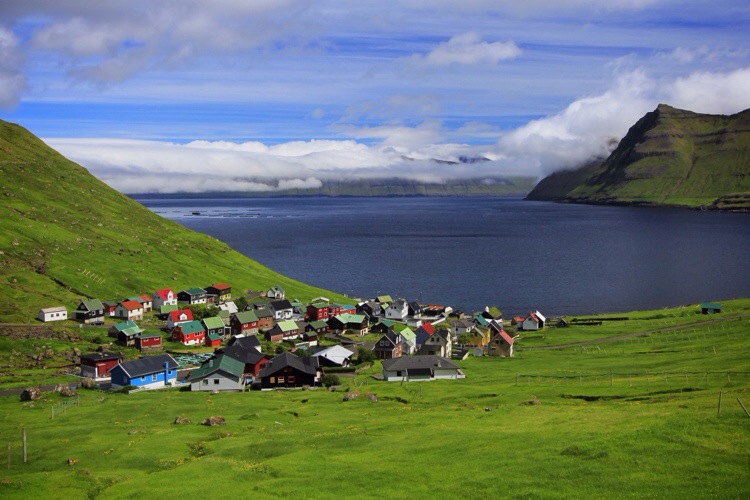 It is difficult to find a car rental location in the Faroe Islands. CLICK HERE for a complete list of the different companies offering car rentals. Pay attention to mileage, sea tunnel fees, and hours of operation.

We chose to go with AVIS, but other companies may be better depending on your plans. Keep in mind that the Faroe Islands are relatively small, so it is unlikely that you will be doing lots of mileage. We drove all day and only managed to rack up 300 km on our odometer.