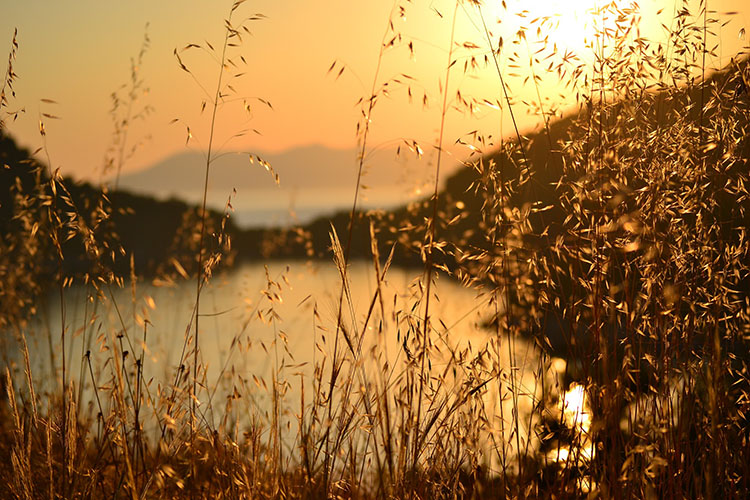 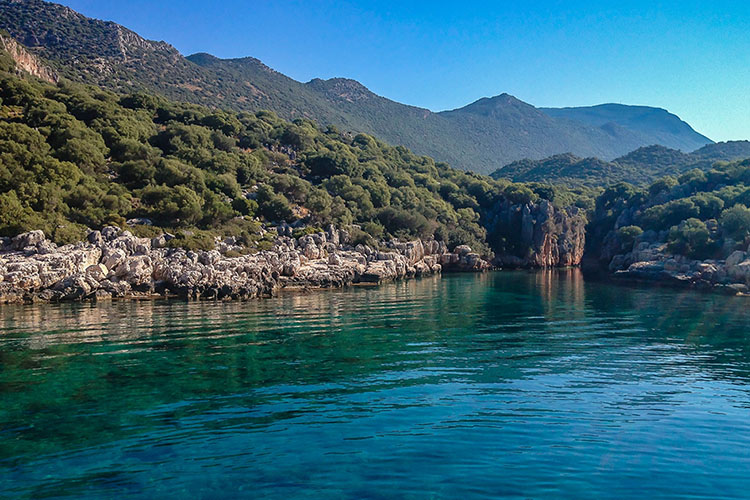 We’ve just returned from our 4 day sailing trip along the beautiful Turkish coast! It was great to take a break from phones, wifi, and any other type of technology and just live shoeless on the water for a few days. 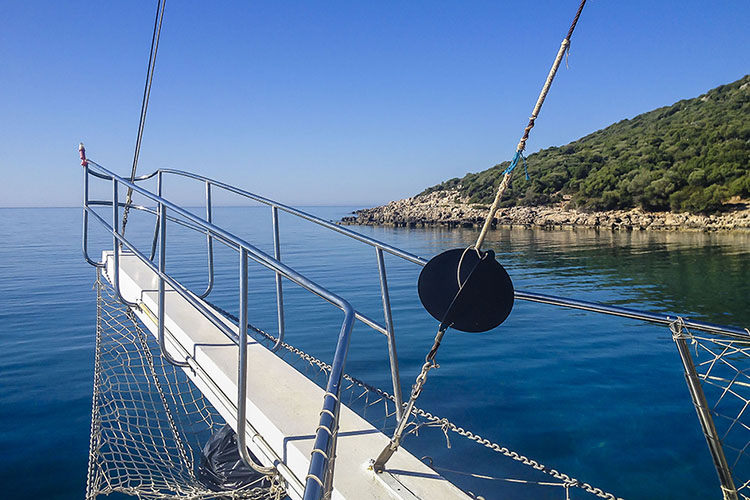 Our sailing boat held 16: a few rowdy Aussies, a solo Japanese girl who barely spoke a word of English, fellow patriotic Canadians (I figure I can make this assumption when they have maple leaf tattoos), and the “Karen” of the group – a cameraman who told us he was hired to film a promotional video of the cruise after we signed up. How convenient.

Too bad we were set to disappoint, as little did they know we were planning on sleeping half the time…

Our captain was a true sea captain – a man with a brown leathery face weathered by years of sun and long scraggly hair. We had a cook that reminded me of Noom Thai, who would fish off the side of the boat and swim with a harpoon, yet make meals that seemed much too delicious to come out of a boat kitchen. 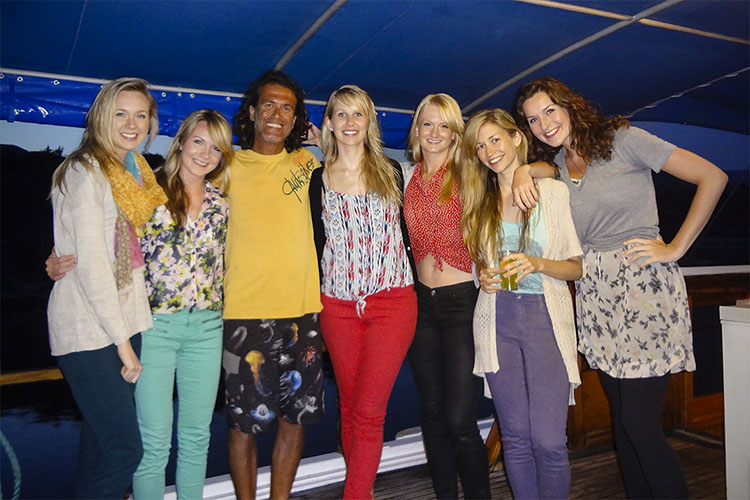 Our rooms were in tiny cabins at the bottom of the boat with little windows peering out on the water. We used this mainly as a storage room, as we actually spent all our nights sleeping outside on the deck of the boat. It was just too lovely an opportunity to miss to sleep out in the fresh air! 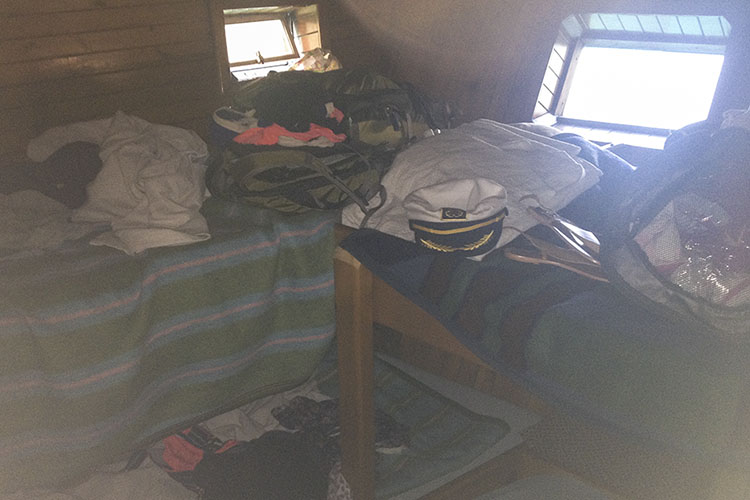 We had a huge dining table for mealtimes and ate all our meals on the boat. The rest of the deck was covered in sun beds, bean bag chairs, and hammocks. We quickly acquired the 6 sun beds on the roof of the boat above the captain, and lazed there all day long while we cruised along the coast. So much time to read, chat, swim, and group nap: 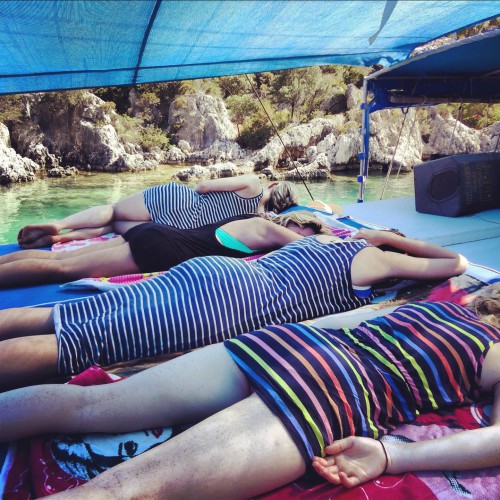 For the 4 days, we cruised along the coast, stopping in cozy little coves of clear sea-green water for swimming and snorkelling. There are little mountainous islands everywhere, of which even the tiniest have traces of old Roman ruins. I found this pretty interesting, as we often felt like we were in the middle of nowhere… it’s hard to imagine these places were once inhabited. 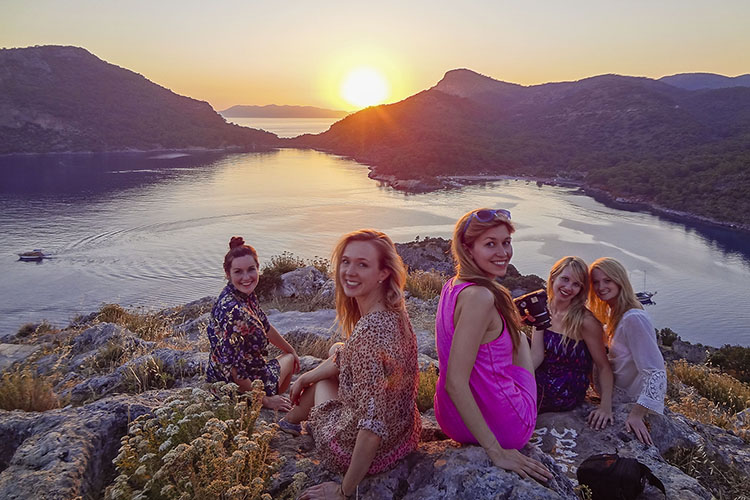 We took a hike up one on St Nicholas island to an old castle to watch the sunset on our first night. The sunset was beautiful, but I was slightly distracted by the island’s infestation with gigantic spiders that hung between the trees in elaborate webs and dangled onto people’s shoulders as they took photos. Worst nightmare. That was the last time I went traversing through the mountainous jungle of these islands… 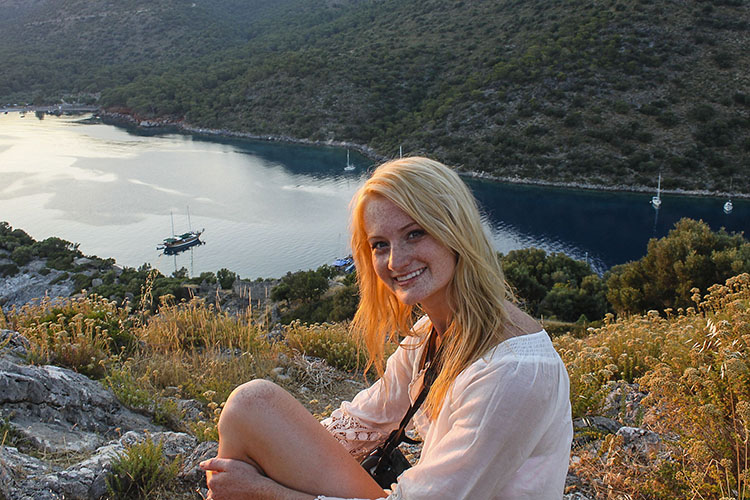 Another day we stopped at a beach town to fill our craving for popsicles and do a bit of shopping. It was weird to be back on our feet! I felt like I continued to sway as I walked through the town and was certain everyone thought I was inebriated.

The other days we swam into caves, saw an underwater city that had sunken into the water long ago (not quite as fascinating as it sounds), and just frolicked in the sun to the sound of music blasting off our boat. The last night is traditionally a party night, so after drinking a bunch of “triple” vodka mixes made by our cook, we all headed to a beach bar where you could dance the night away without any shoes. Their music playlist was made back in 2005, but we had a great time nonetheless! 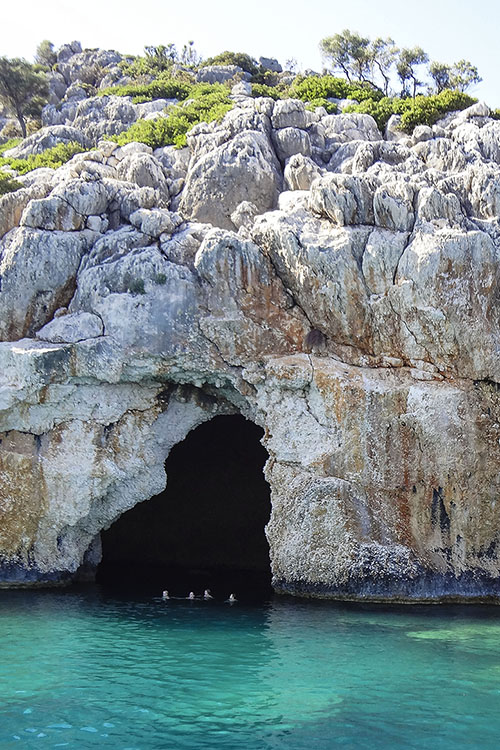 The most memorable evening was our second night, which followed after a hot day with not a cloud in the sky. The captain took us to his favorite cove – a pretty spot with not another boat in sight. The water here was almost completely still, and when the night sky filled with stars, they all reflected perfectly off the still water so the it felt the whole place was twinkling. Everyone on the boat laid themselves across the deck to take in the view, and we laid here chatting until we, one by one, drifted peacefully off to sleep. 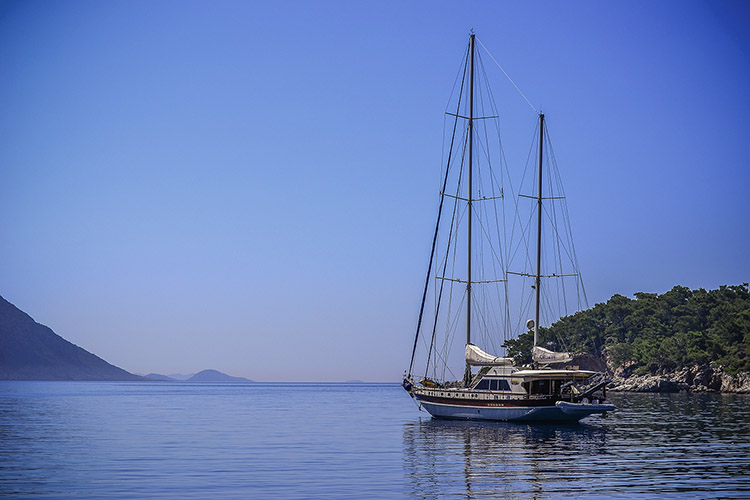 And today we’re back on land and excited because our next stop is Greece! It’s time to say goodbye to Turkey and travel to the island of Rhodes where we will enjoy the new sites & food for the next few days. 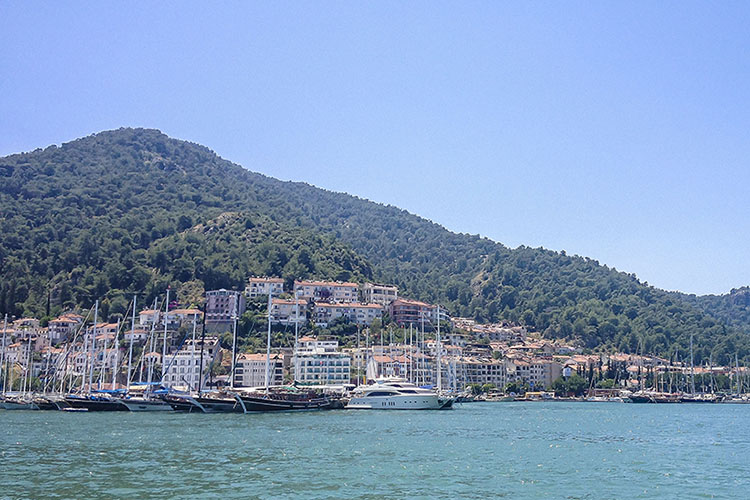