Getting Lost in Prague… Literally. 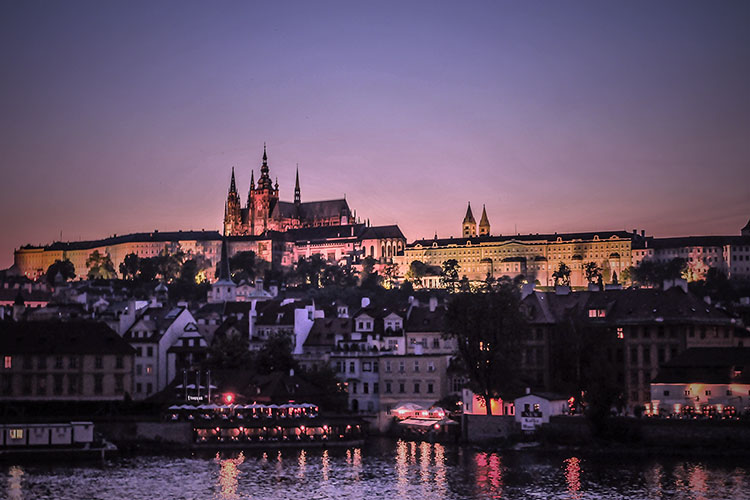 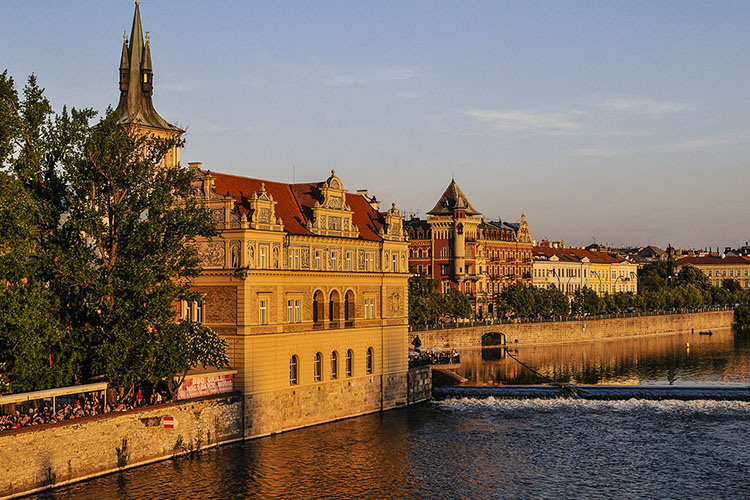 This will forever be remembered as the day my dad got lost in Europe, with no phone, wallet, money, or knowledge of the language or city.

We drove into the Czech Republic to spend a couple days in Prague with a family friend. It’s always nice to have someone local take you around to see the sites! We followed her car to our “hotel” (down very narrow and confusing one-way streets might I add)… which was really just a couple of attic rooms atop her restaurant. My dad dropped us off with all the luggage, including his bag with wallet/passport/phone, and went to find a parking spot. We sat at the waterfront patio of the restaurant and ordered some drinks while we waited for him to return. 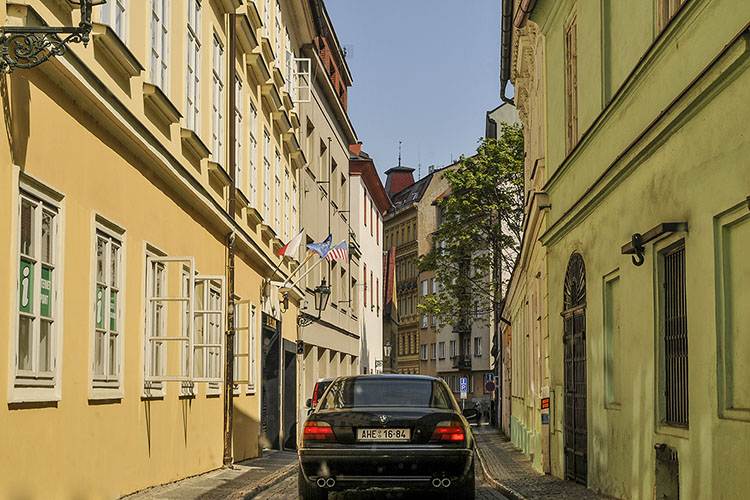 We sipped on some refreshments while we waited some more. We learned that pop is non-refillable in most parts of Europe, and that water is more expensive than beer. 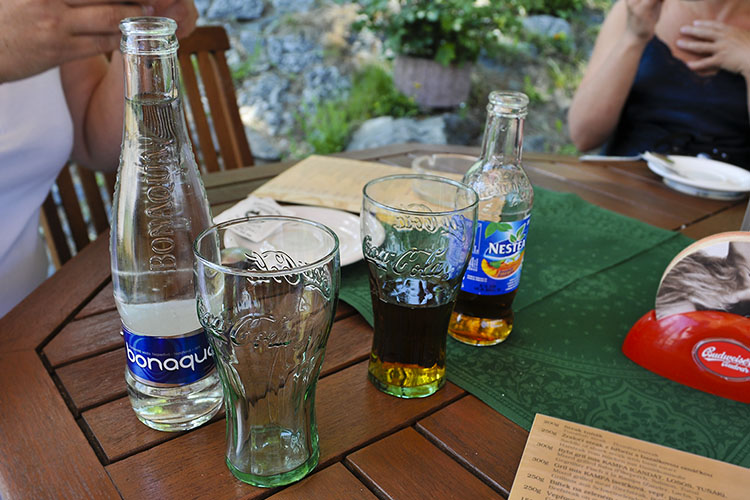 Two hours passed, and there was still no sign of him. We all split up and walked around the streets within the vicinity of the restaurant hoping to flag down his car.

When we still couldn’t find him, and then we decided there was only one logical thing left to do… 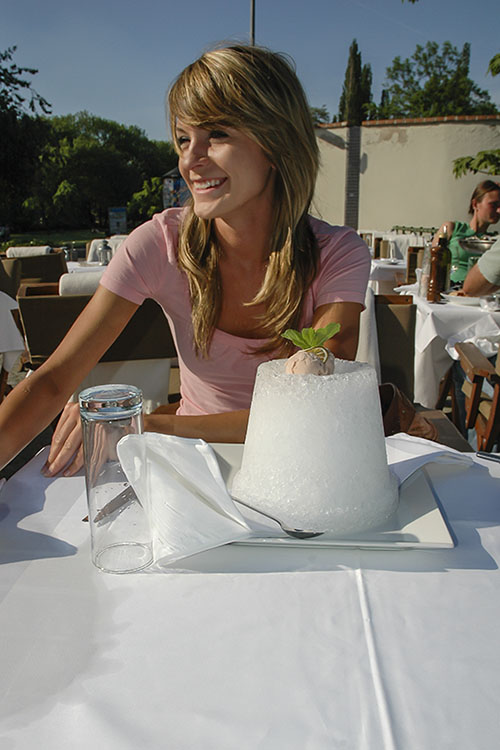 We sat on a nearby patio along the Vltava river, and ordered the most expensive single scoop of ice cream and glass of beer that we have ever had, and continued to wait into the evening. 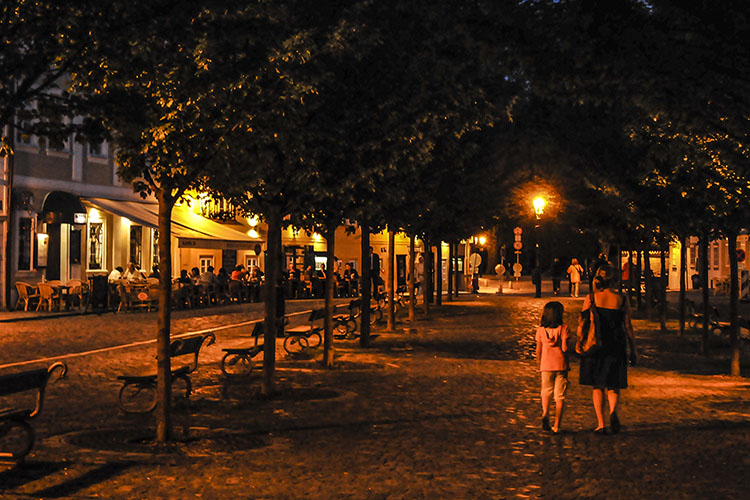 A good five hours later, my dad reappeared on the horizon (I screamed out and everyone knocked over their drinks at their table). He had gotten lost finding a parking spot, ended up on the other side of the river, and had no phone to call us, nor did he know the family friend’s number anyways. He also did not know the name of the restaurant as it was arranged through the friend. In the end, he reasoned that the restaurant was along the water, and just tediously drove down every road leading to the river until he ended up at the right one. Took a few hours of trying, but eventually he ended up finding us…

We all had a good laugh, and took out to explore the beautiful Karluv Most (Charles’ bridge) and surrounding areas as the sun set over Prague. 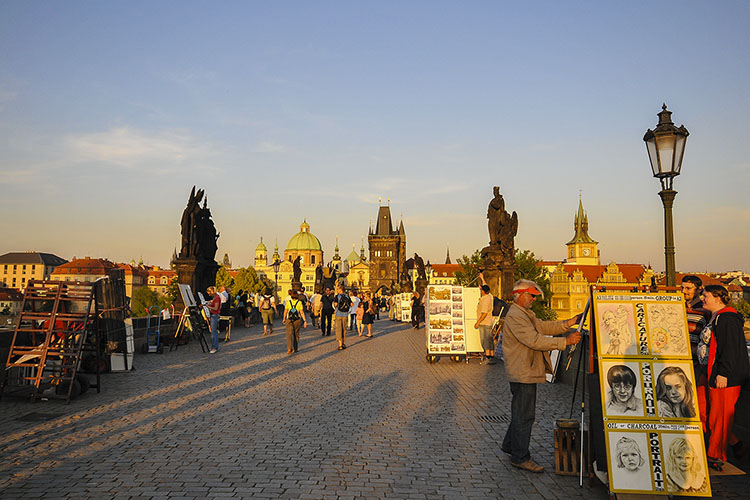 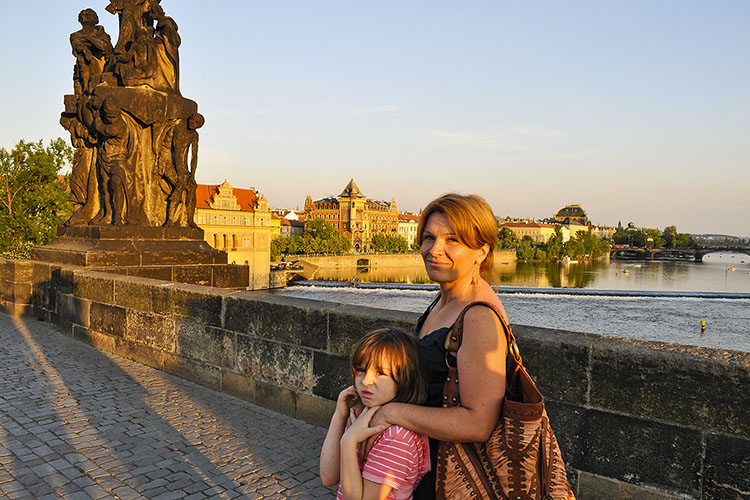 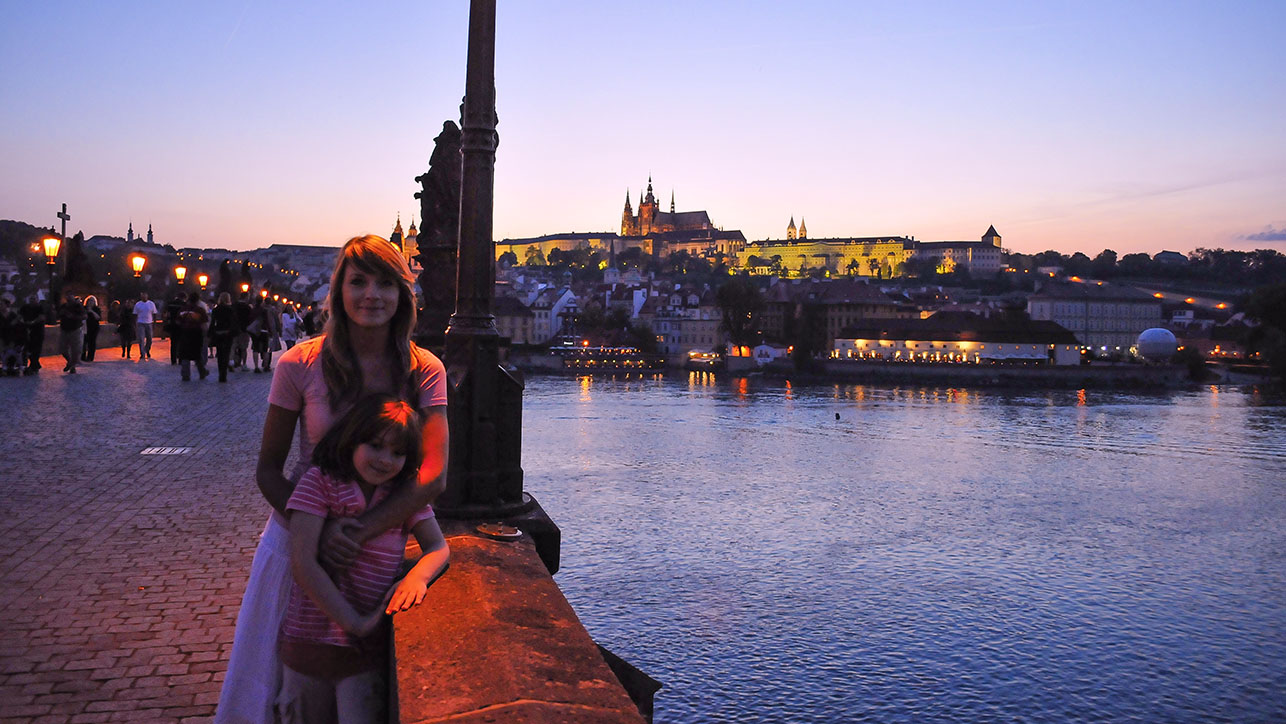 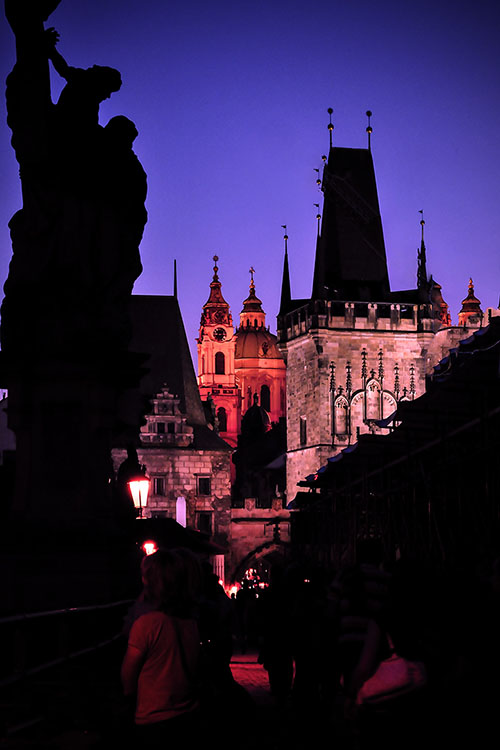