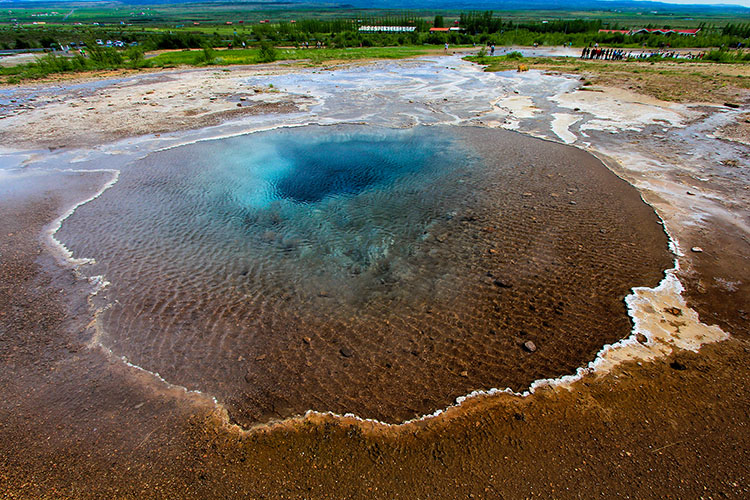 Iceland is out of this world! From the little we’ve seen so far, this country is beautiful, mystical, and at times even eerily apocalyptic. We’ve spent most of our day in a state of amazement! 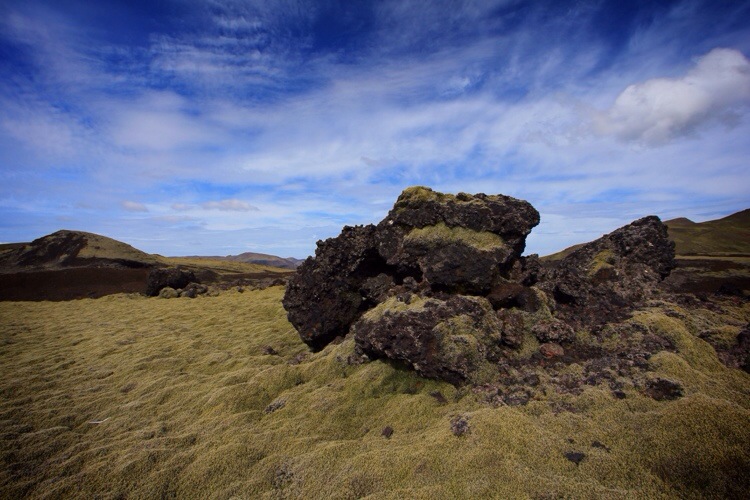 Much of Iceland’s dramatic topography comes from volcanoes, and thus much of the island consists of volcanic ash and lava rock. Trees appear extinct, the mountains on the horizon are actually piles of ash, and the soil seems a mixture of black rocks from the size of pebbles to those the size of your car. 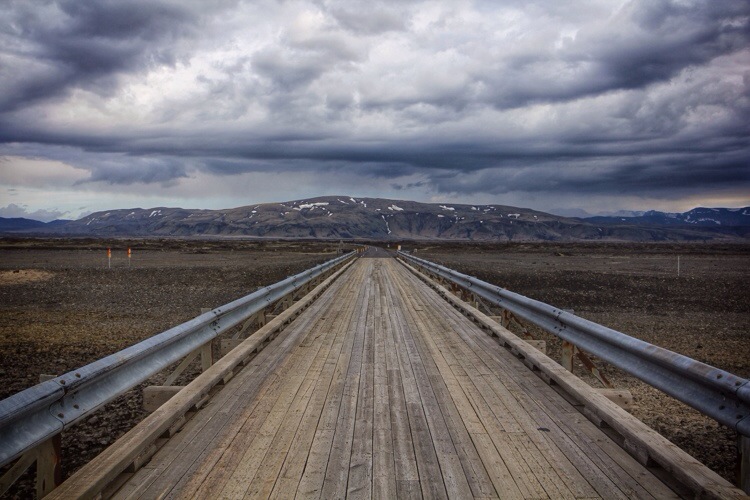 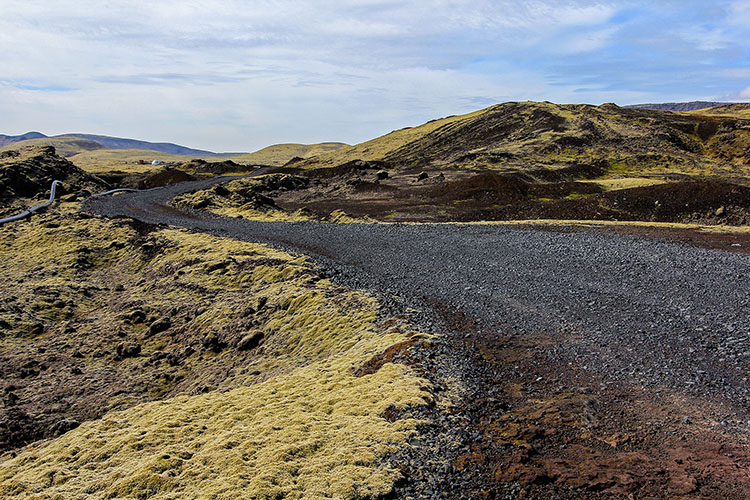 Even more interesting is that within minutes this landscape can transform into lush green farmer’s fields and forests, watched over by Icelandic horses and sheep. Or perhaps to a scene of snow peaked mountains, or maybe to one of a Hobbit-like wonderland of mossy green rocks… the amount this place changes in minutes of driving is amazing, 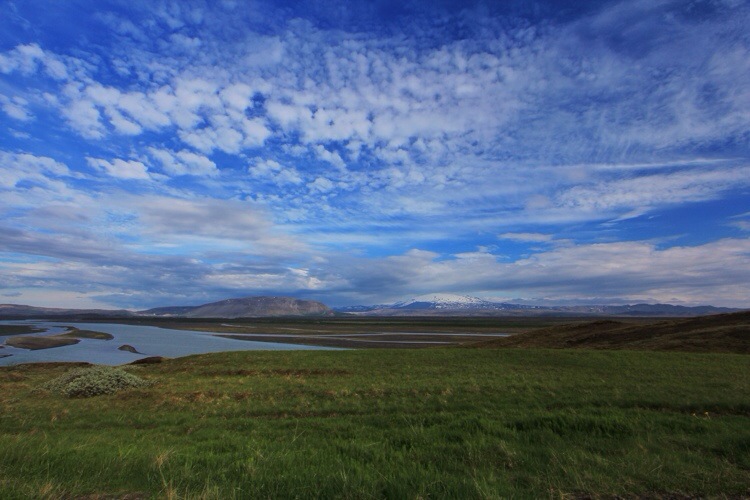 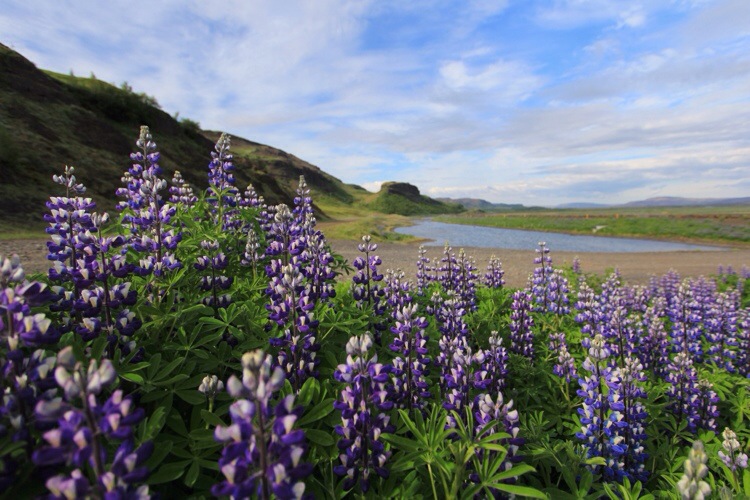 Iceland has one main ring road that goes all around it. And we’re driving it! We started off by picking up “Dacia”, the Duster (ie. the car is a Dacia Duster, which neither of us have heard of). She is a 4×4, as many of the cool Icelandic sites require maneuvering gravel roads and crossing rivers. But more on that later! 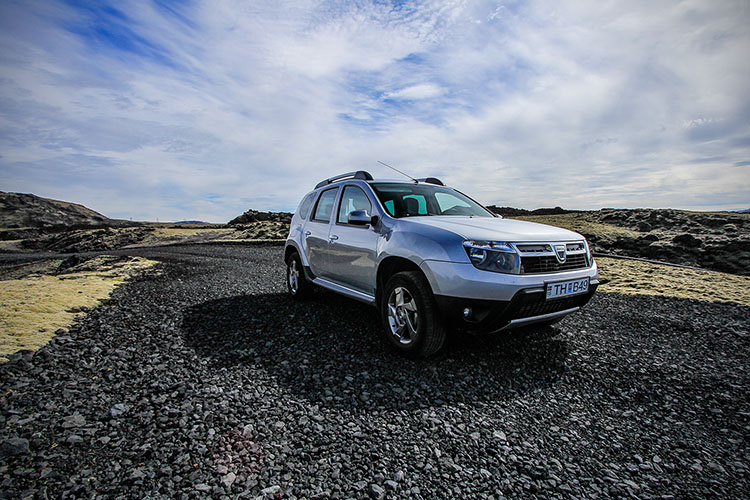 Just so you’re oriented, we’re taking a counter clockwise approach, so our first day was spent at the more populous area of the “Golden Circle” and ending in Landmannalaugar. Since many of these sites can be easily seen from Reykjavik (which I just learned is actually pronounced REYG-ya-veeg… I’ve been saying that wrong for a long time), they tend to be busier places and we thought it might be nice to start here and then explore more of the unknown as we go forward.

In Þingvellir National Park, a rift valley exists where the European and North American plates meet. Driving through the park you can literally see a sharp cut through the ground, splitting the land in two and leaving a deep gash between. It was a neat sight and we told ourselves as we wandered between the walls that we were in two continents at once. 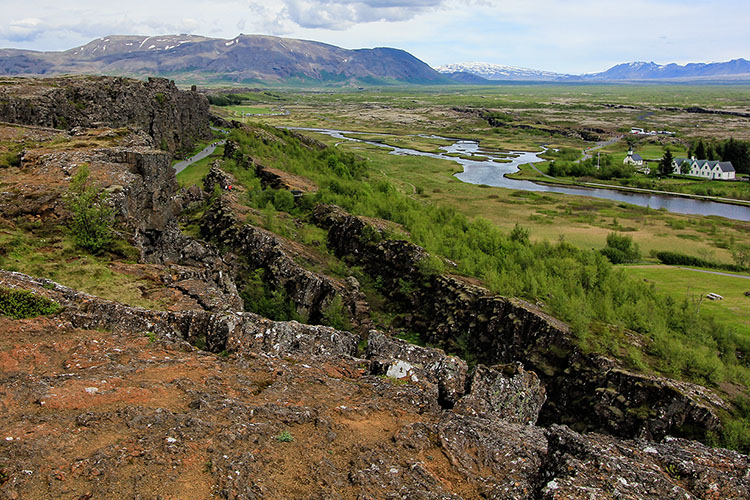 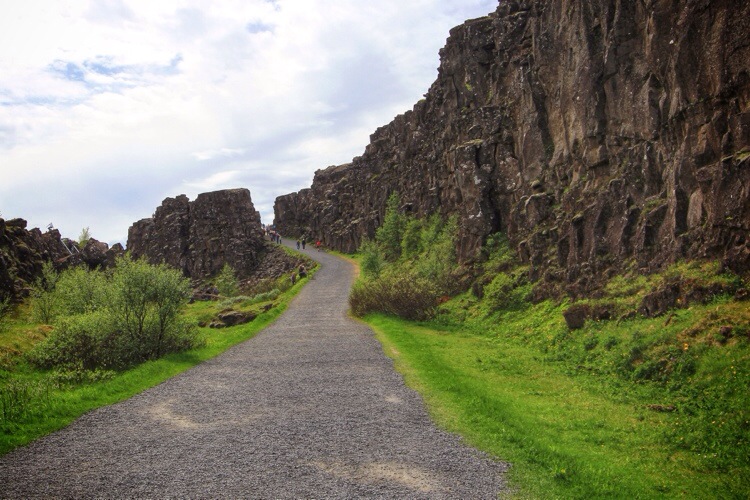 This area, with its mossy covered rocks, had a sort of mystical feeling to it; I found myself telling Shane that if I were to guess where Hobbits would live, this would be it. It made us realize that there is a reason there is a strong belief in elves in Iceland! 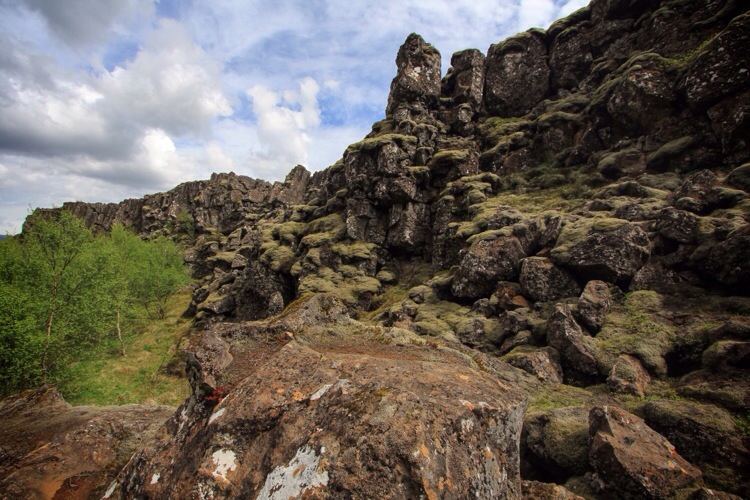 Look at this cute crater (Kerið) we found:

As tends to happen with Shane finding ways to have fun, he started skipping rocks on this calm lake and soon had everyone else along the rim trying to beat his number of skips (good luck). 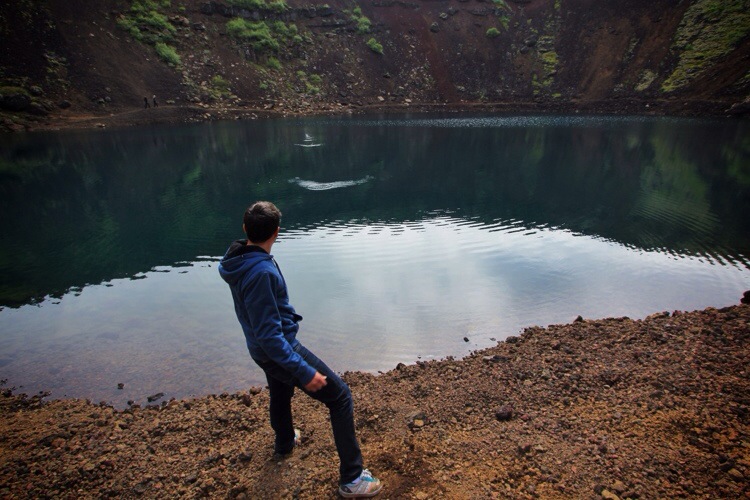 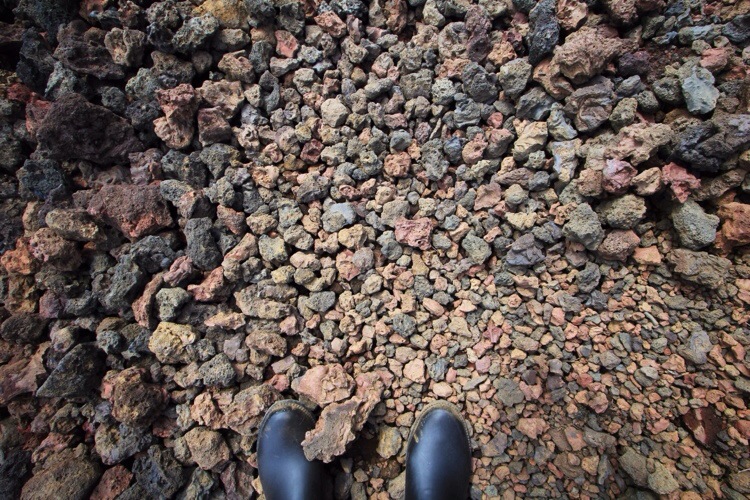 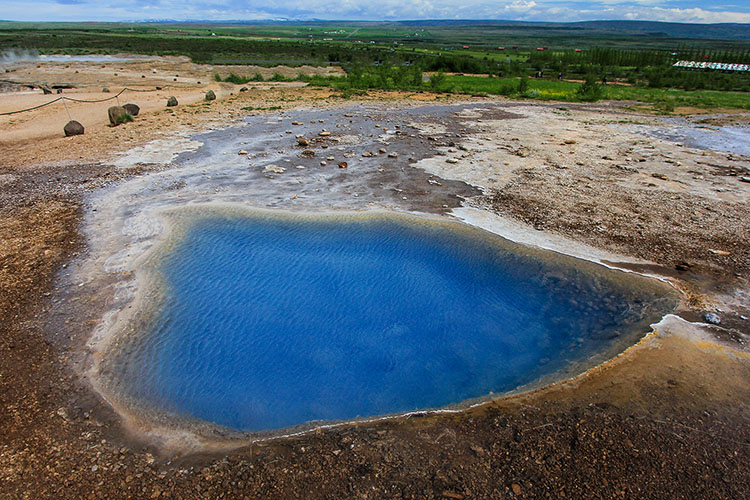 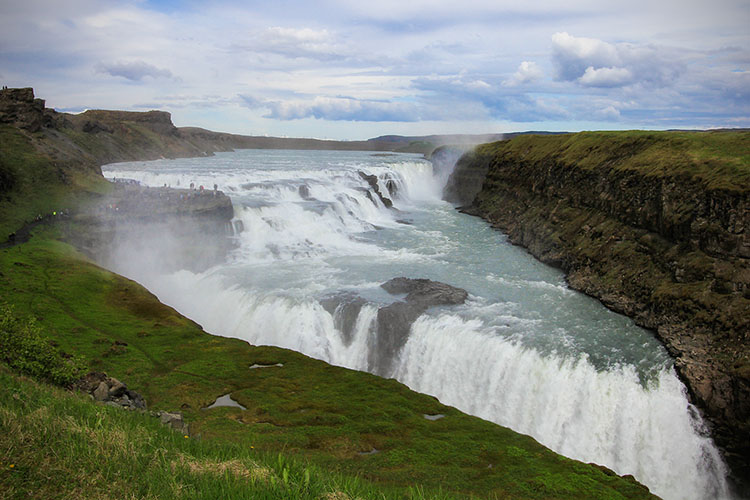 Renting a car in Iceland can be confusing and difficult. Here is a quick guide to help you out: