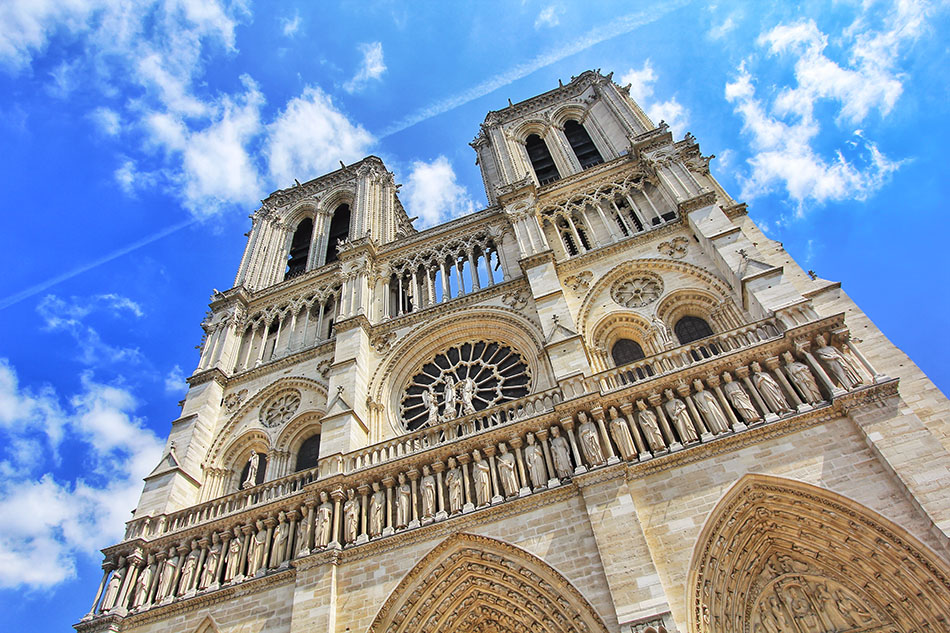 Despite missing some luggage, our first day in Paris started well. Thankfully the two girls whose baggage was lost were much smarter than I was and packed at least a day of clothes and some toiletries. Had it been me, I would have been wandering 20-degree Paris weather in all my heaviest and biggest clothes (which I wore on the plane to avoid forcing them into my suitcase)…

Paris is full of museums, with over 60 in total! I’m not a huge fan of spending several days in numerous museums, but found that with the assortment of options, certain museums quickly became intriguing. I figured this one was a must, after Amy walked by and asked what this building was that was “under construction”: 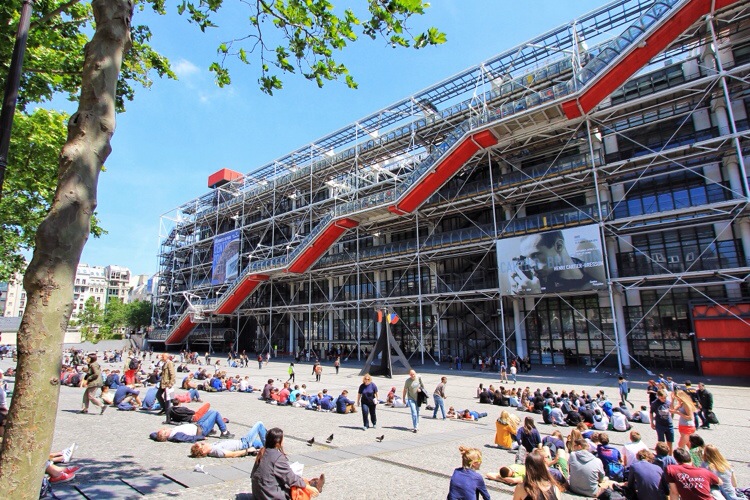 Which was funny, because that’s just how Center Pompidou looks. 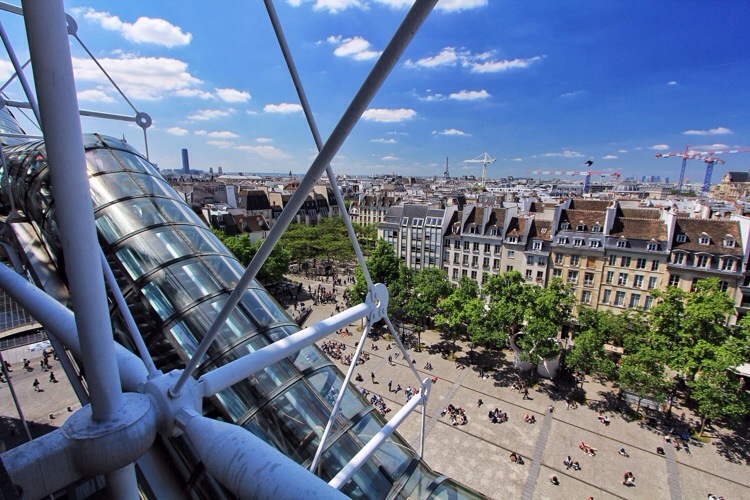 The building was purposefully constructed to show its skeleton on the outside: including pipes, ducts, and other mechanical elements. Inside, the building is prettier, with a library and several galleries, plus an outdoor/indoor escalator that takes you to the top of the building for views of the surrounding area. We stopped inside to enjoy a bit of modern art and then continued on our way. 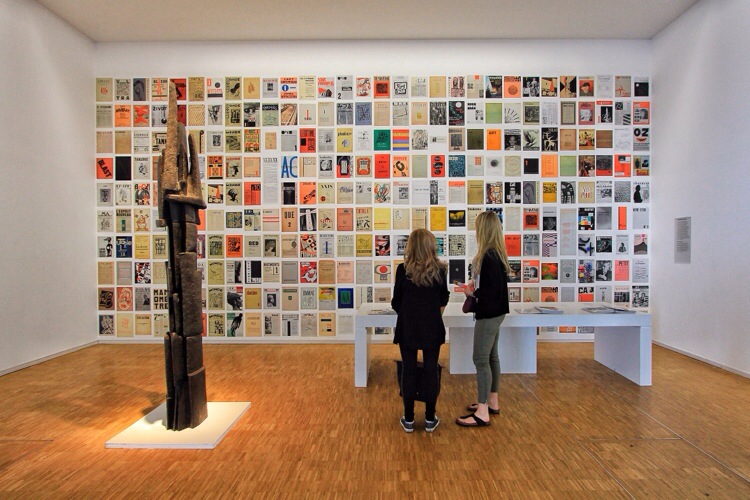 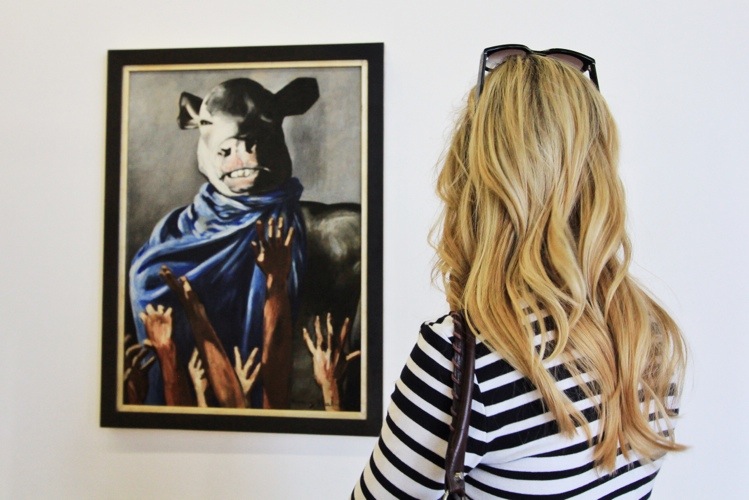 This pretty cathedral was a nice little visit, especially with a trip to the top which offered great views of the Paris skyline. The church is renowned for its French Gothic architecture, which includes a multitude of gargoyles positioned in various (sometimes silly) postures. I enjoyed those. I also enjoyed the huge festival of bread that happened to be going on at the plaza in front of the church offering a plethora of freshly baked croissants and baguettes. Yum. 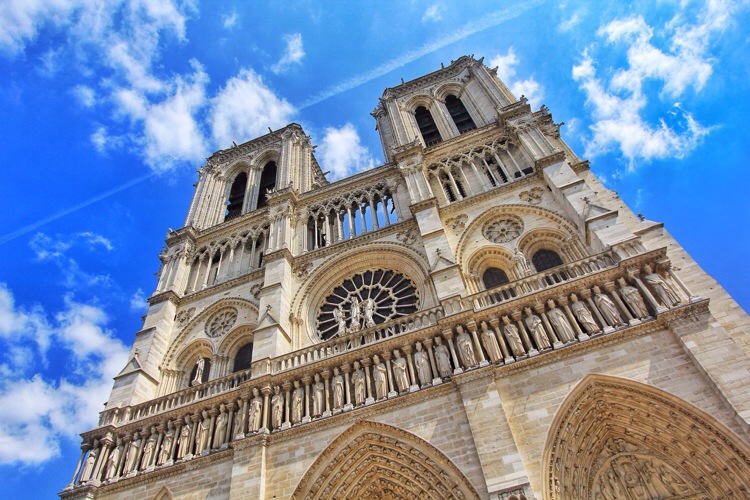 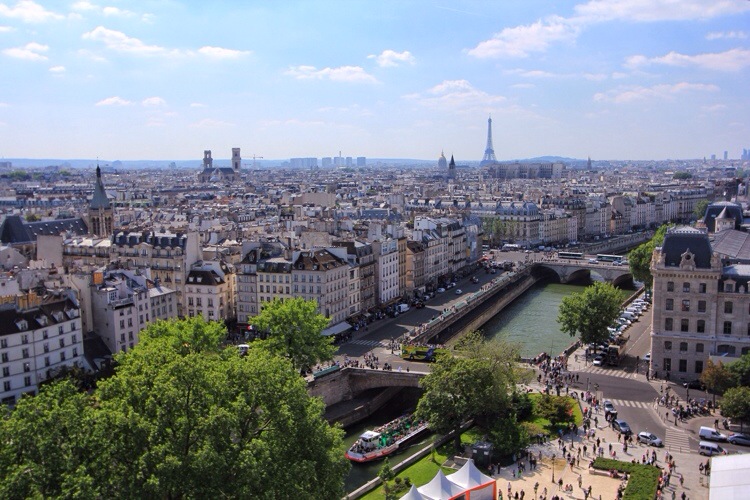 We ended up strolling across the Paris love lock bridge… 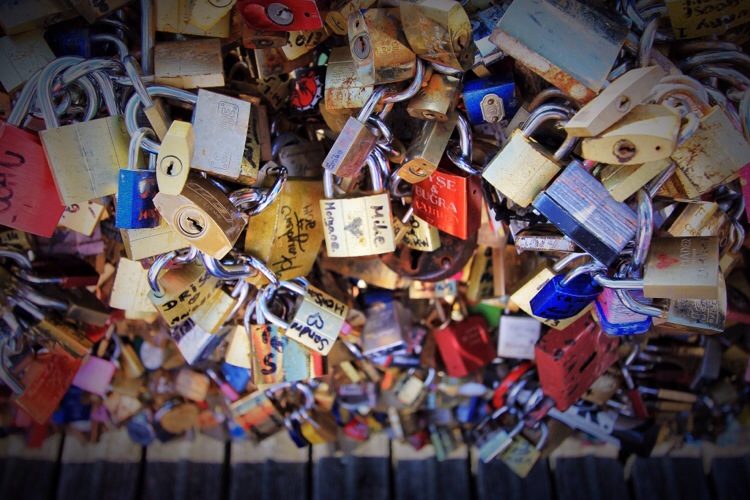 Sure the locks are neat (do they affect the weight of the bridge and it’s structure, we pondered?) and are not even attached to the bridge anymore but more to one another, but I couldn’t help but be more distracted and somewhat fascinated by people managing to get locks even to the top of the lamp posts: 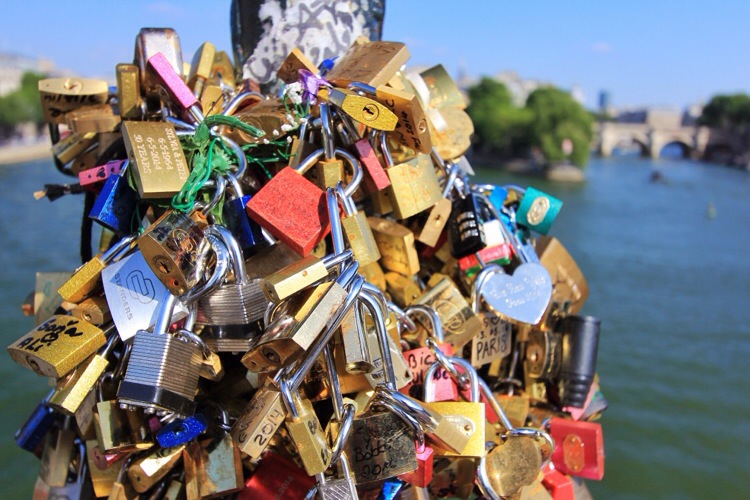 Lunch in the Park

No day would be compete without a stop in the park with some snacks and lounging! 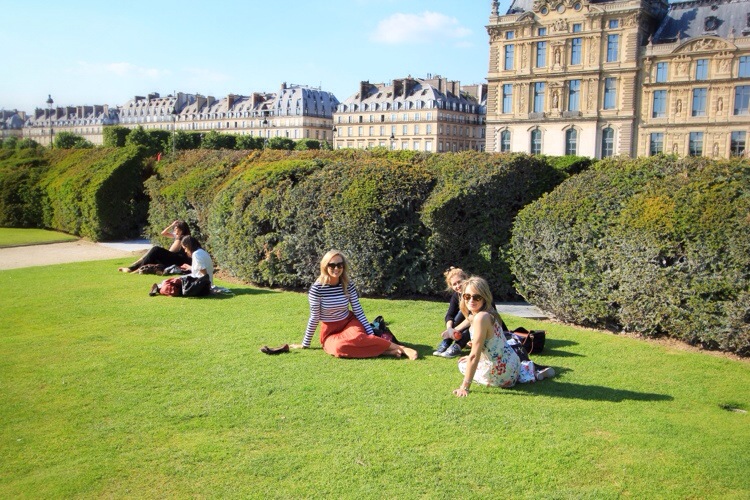 You know my thoughts on that…

And finally, some first impressions of the city: