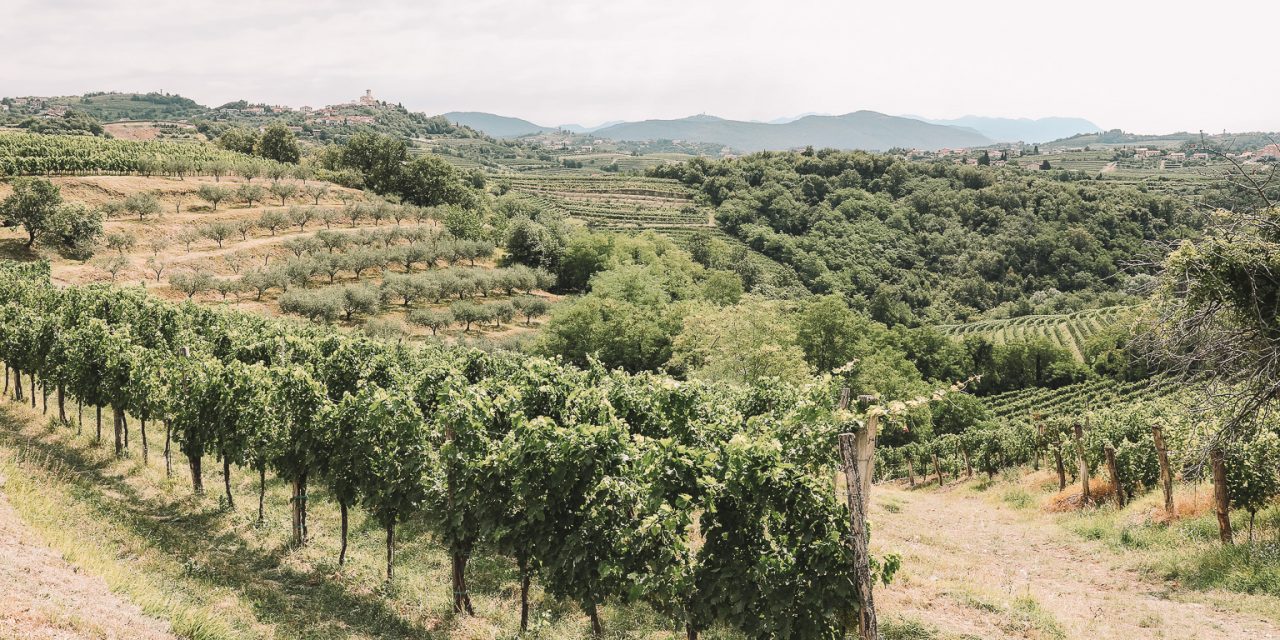 Did you know that despite being a fairly small country, Slovenia has three distinct wine regions (Primorska, Posavje, and Podravje)? And within those three small regions everything from reds, to whites, to orange wines are made. From stainless steel tanks, to clay pots, to caves, to 700 year old cellars, Slovenia has it all.

Slovenia is even home to the oldest grape vine in the world, which survived phylloxera (remember when we talked about that back in Chile?) because its roots are located inside a house. It even survived bombing in World War II. The vine is over 400 years old and is still growing and bearing grapes to this day! 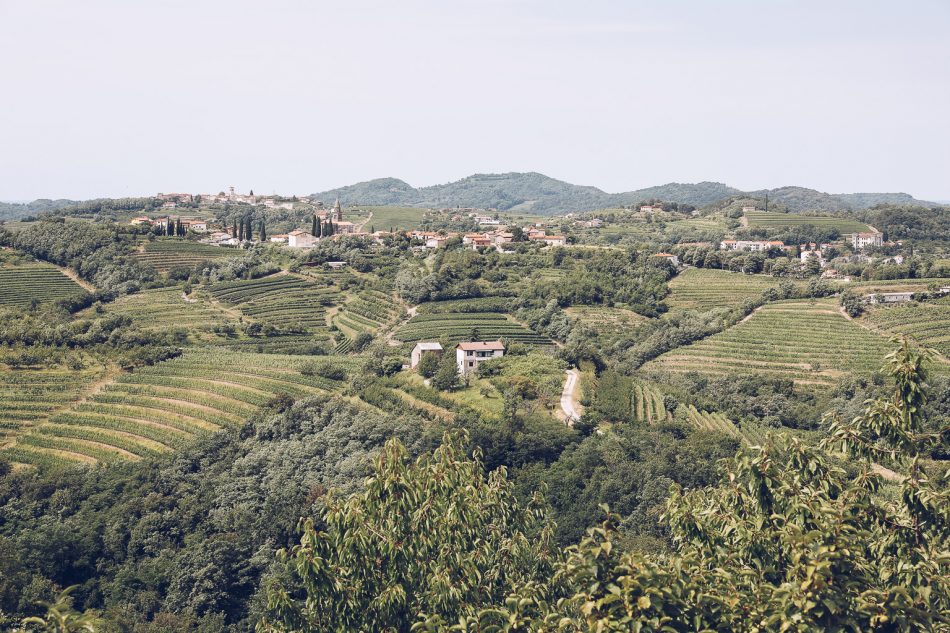 Along with a hearty sampling of wine every evening, we decided to best appreciate Slovenia’s wine culture by visiting one of the three wine regions. We picked the most well known, Goriska Brda in Primorksa. Given its close location to Italy, Brda is known as the “Tuscany of Slovenia”.

In fact, even the drive into this region requires a short border cross into Italy!

The drive through the winding country roads of Grosika Brda is pleasant, with rolling green hills full of grape vines and orchards. It’s hard not to pull the car over every couple of minutes to take a photo and enjoy the view… 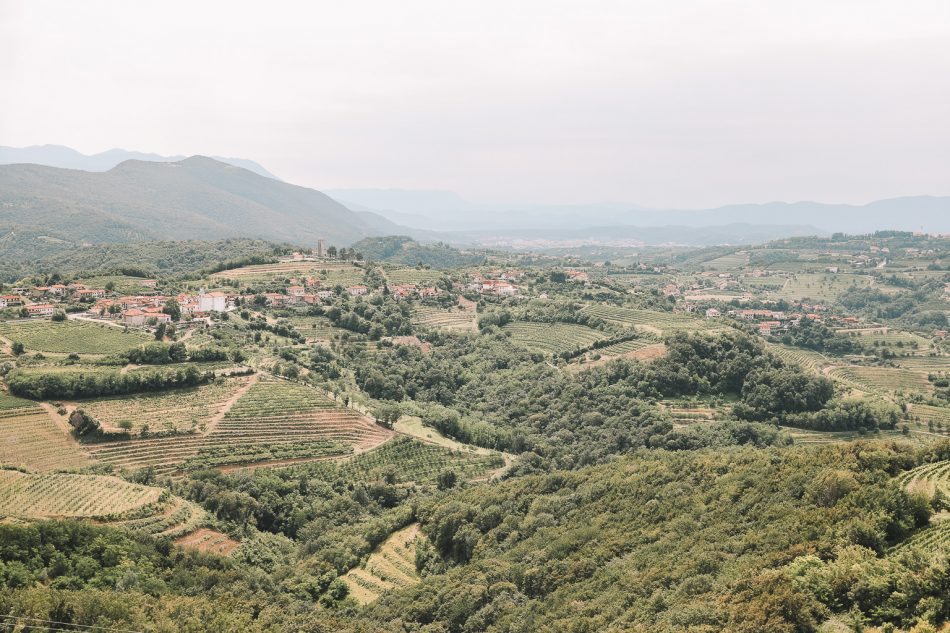 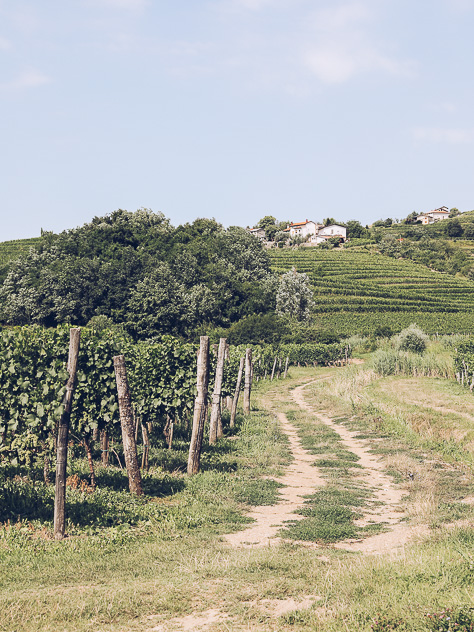 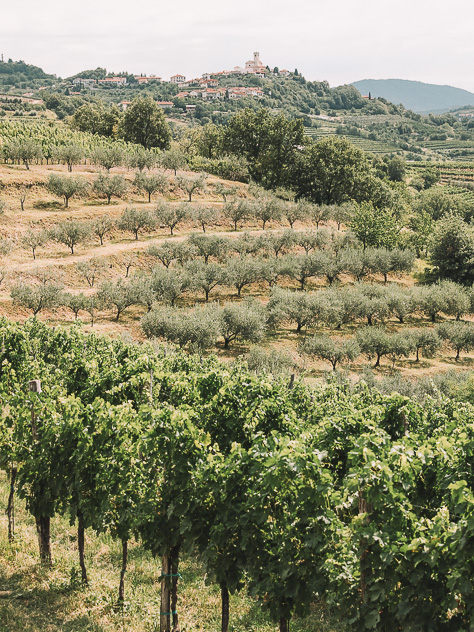 The hills are topped with picturesque towns and overlooking church steeples, perhaps the most pretty of which is the town of Smartsno: 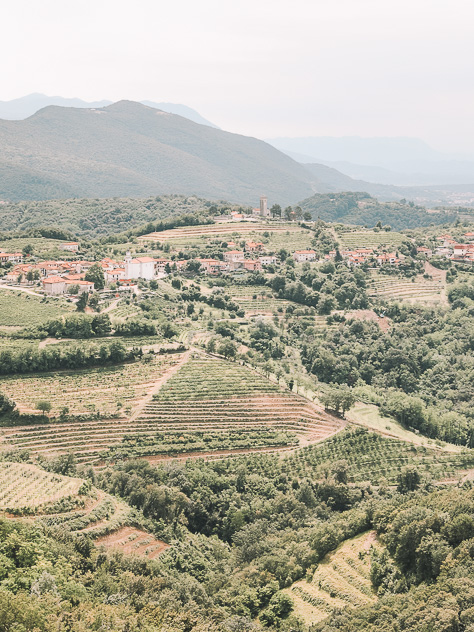 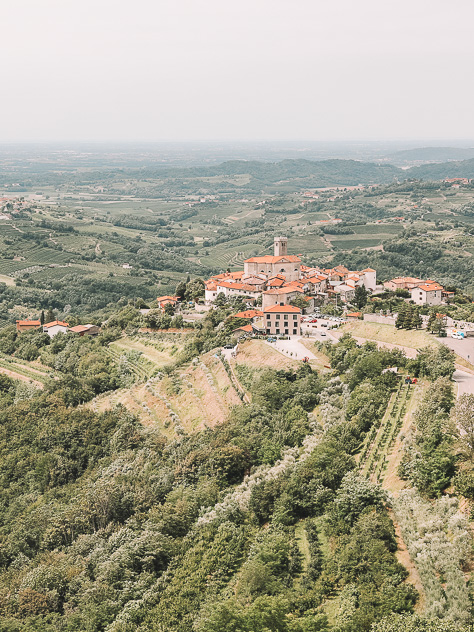 Not everyone would see Slovenia as a wine producing region, and this is probably because nearly 90% of the country’s wine is consumed internally. However, regions like Brda are perfect for growing wine with their hot summers, mild winters, and sufficient rainfall. 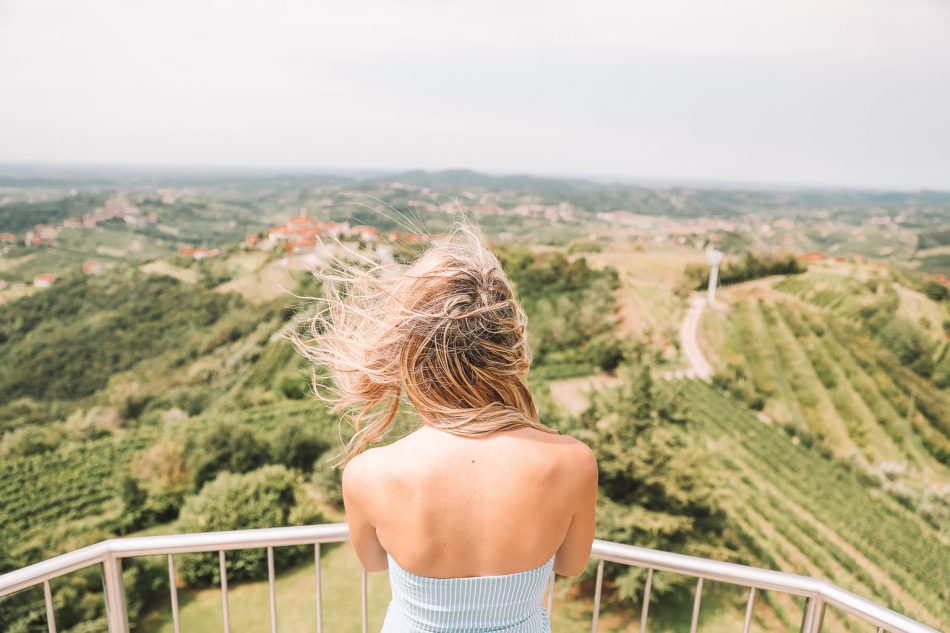 Slovenia actually has 7 of it’s own indigenous grapes, the most well known of which are Rebula (a dry white) and Zelen (a light crisp white). However, the country is still known to create many delicious wines of other varieties, including Sauvignon Blanc, Pinot Grigio, Cabernet Sauvignon, and Merlot.

One form of making wine known to other areas of the world but one we hadn’t yet tried is “orange wine”. This is a method which uses white grapes to make wine via the same process as red wine. Basically, modern white wines remove the grape juice from the skins almost immediately for clarity. To make “orange wine”, the juice and skins are left to macerate together for a longer period of time, creating that rosy to orange color. 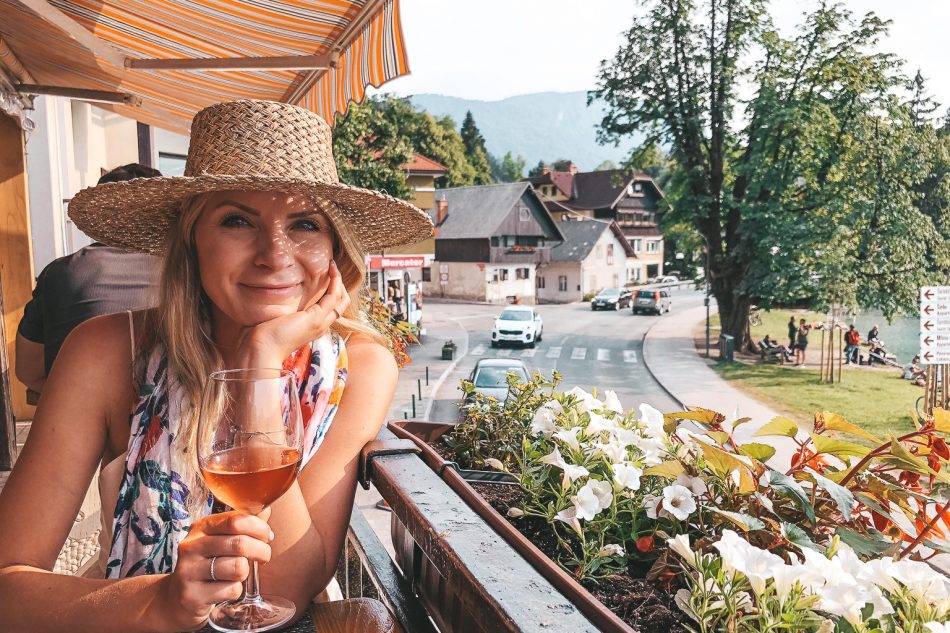 Though not the most appealing in color, the two kinds of “orange wines” that we tried were quite enjoyable with the freshness of a cool white wine but the tannin flavor of a red!

Apparently there are mixed reviews on orange wines. Some criticize it for being a faulty wine, while other parts of the world are seeing it grow in popularity.

After spending the day driving through the wine region, we topped it off with an official wine tasting in a 300 year old cellar.

Our tasting even came with blindfolds – testing our sense of smell and our ability to differentiate between the wines.