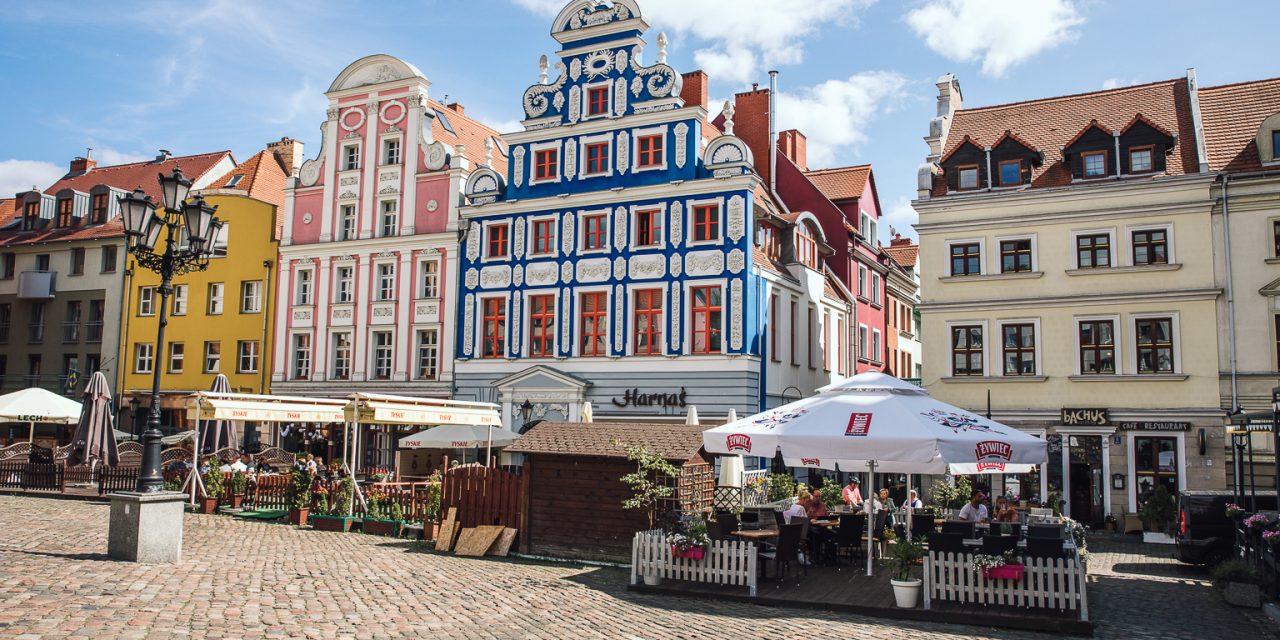 Szczecin is one of Poland’s major seaports, and is located just off the Baltic Sea and only 15 km from the German border. This makes it easily accessible from Berlin, an great spot to fly into when visiting the city.

I have visited Szczecin a few times over the decades, with this most recent trip being the most exciting. Szczecin is springing back to life since the fall of communism in 1989, with much revitalization happening throughout the city. It is great to see color and vibrancy return to the city. 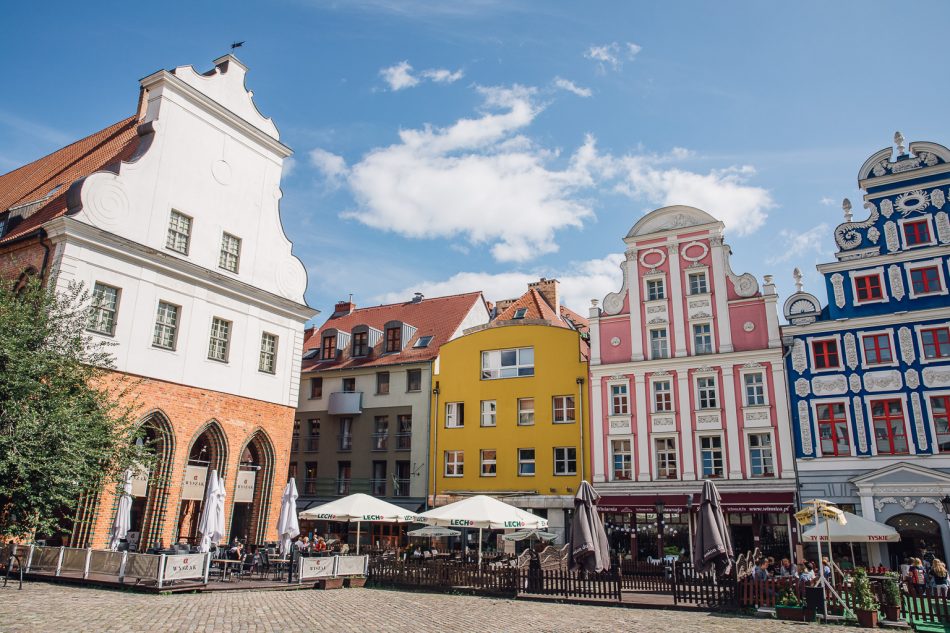 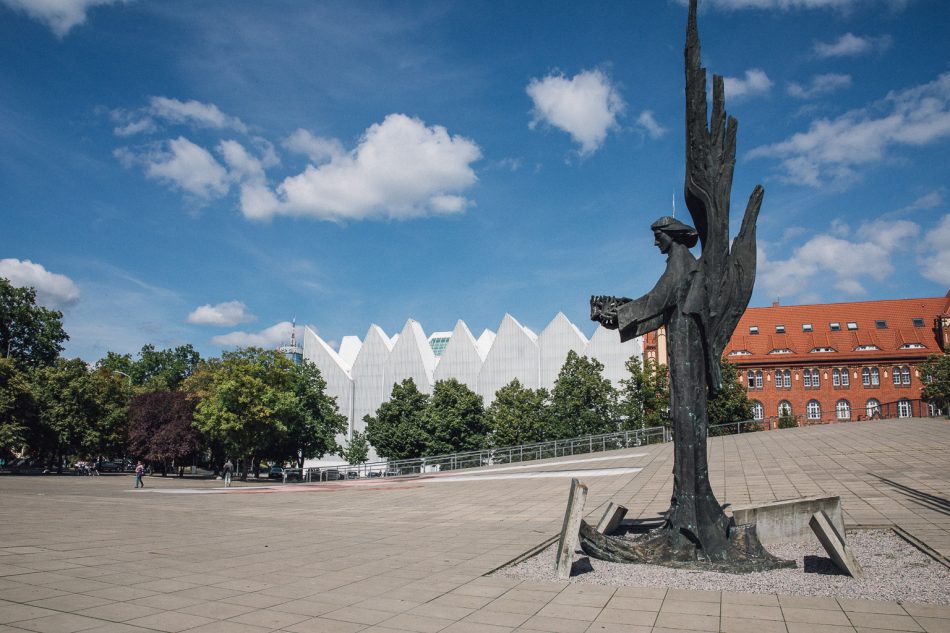 Though I rarely visit the city as a “tourist”, this most recent time I toted my camera around and tried to capture some of what makes the city special. 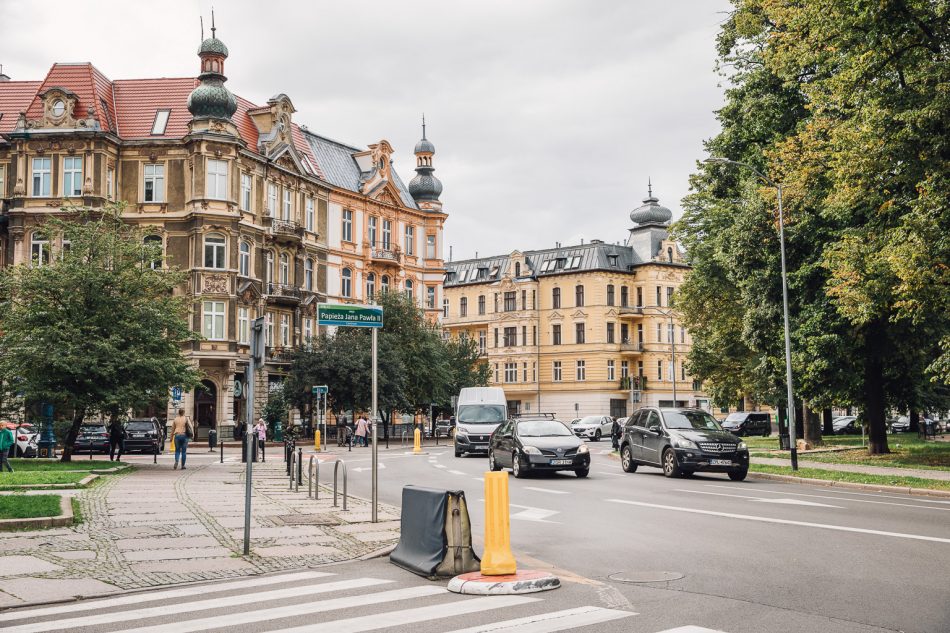 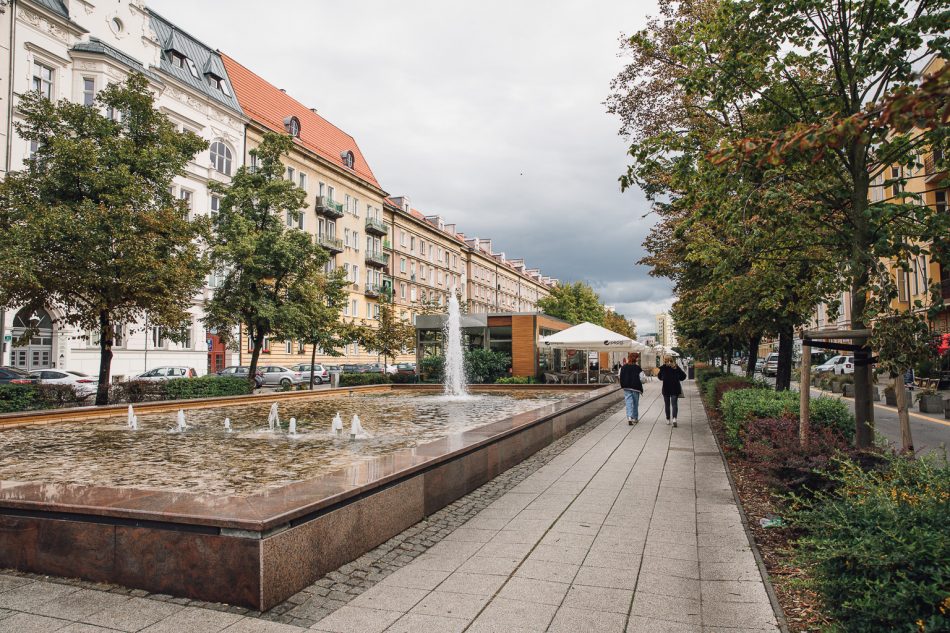 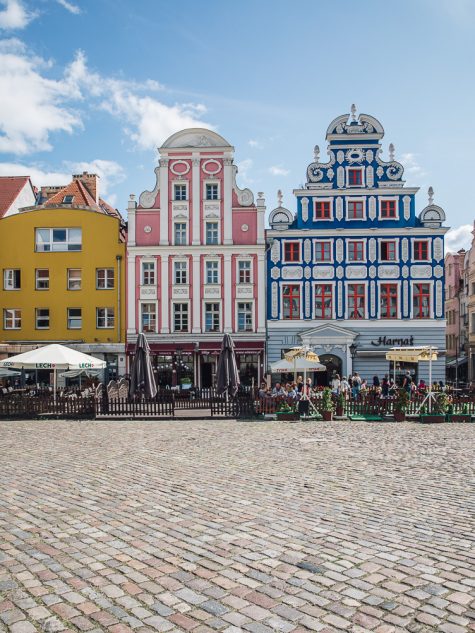 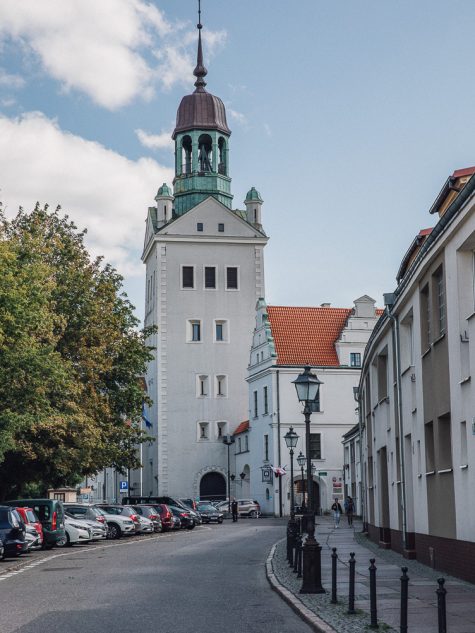 Being a port city, Szczecin was part of the medieval Hanseatic League, an alliance of merchants formed against bandits roaming the Baltic Sea. Eventually it became like a mini European Union, a network of numerous seaports and trading posts in Northern Europe. Szczecin was a part of this route, and is one of the many coastal cities across Poland, Germany, Russia and Norway with Hanseatic architecture: red brick Gothic buildings that the Hanseatic League members built in an expression of their wealth.

These buildings are very characteristic in appearance, and you see them all throughout the city, particularly in churches and other public buildings. 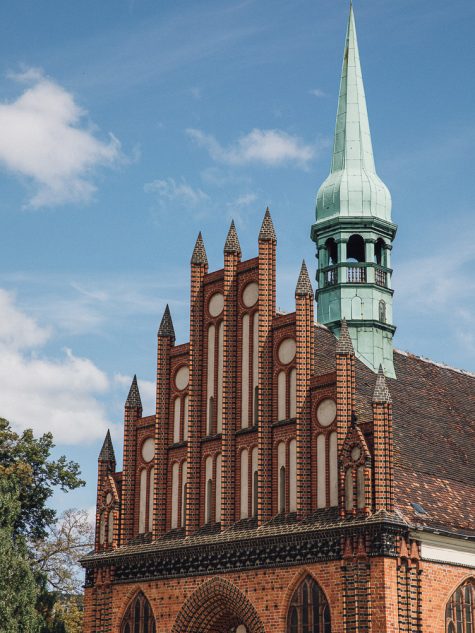 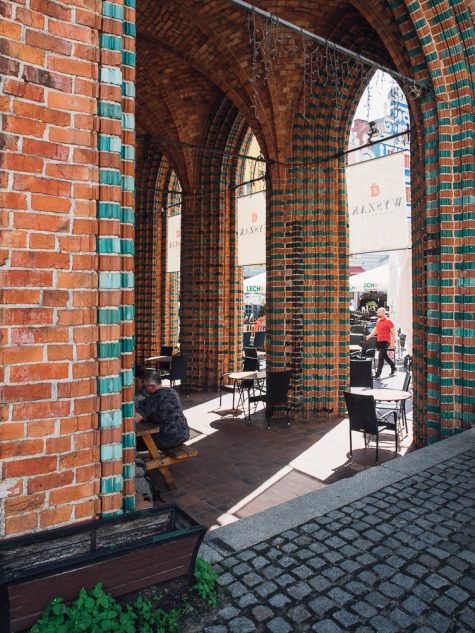 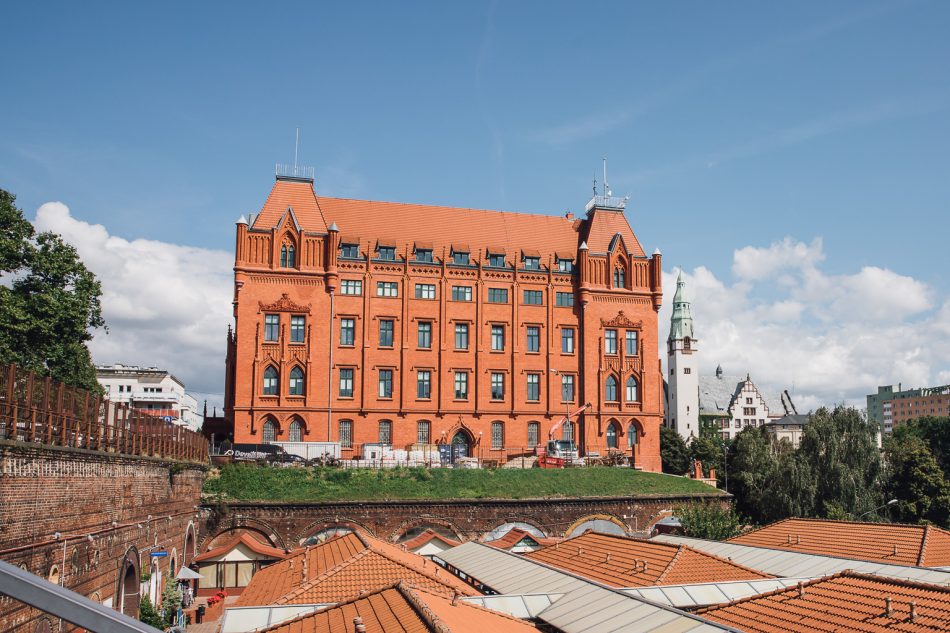 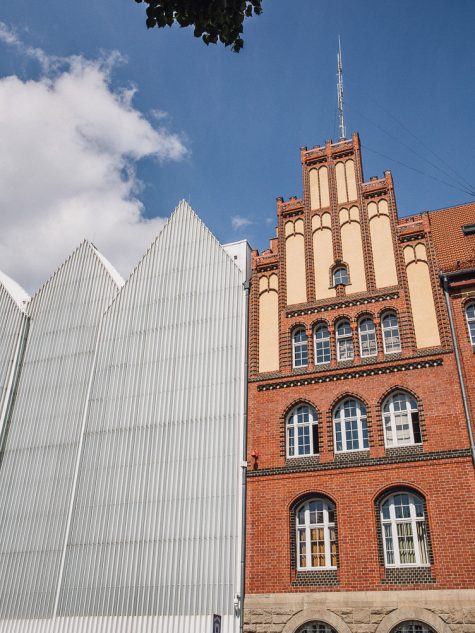 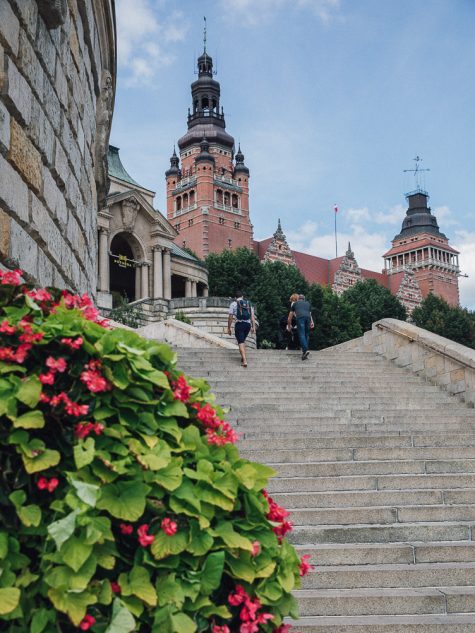 Other beautiful buildings in Sczcecin include the vibrant green City Hall, surrounded by a grand city park. The building was known historically as the “Spinach Palace” for its color, and has been recently restored to its original gilded pastel state. 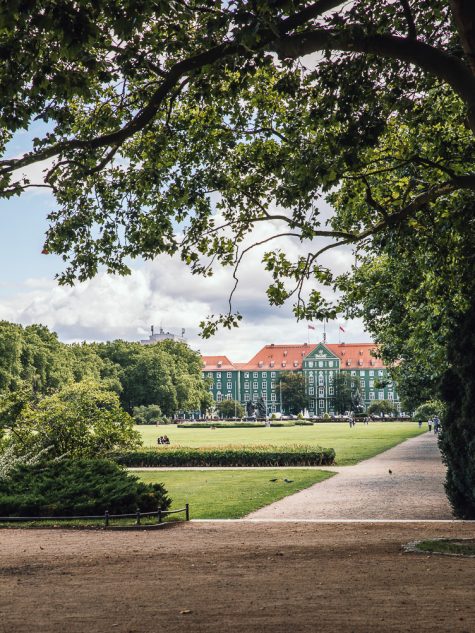 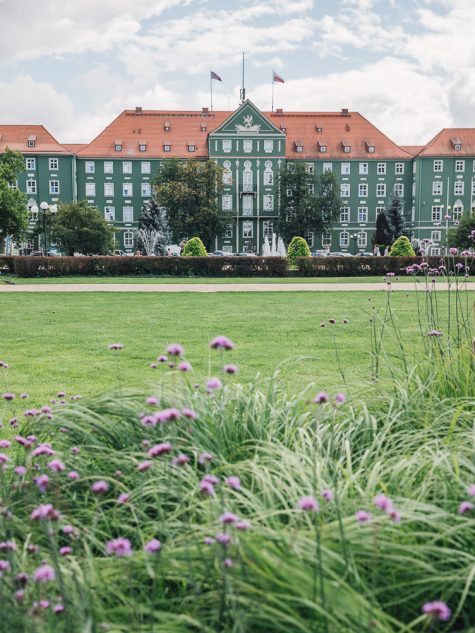 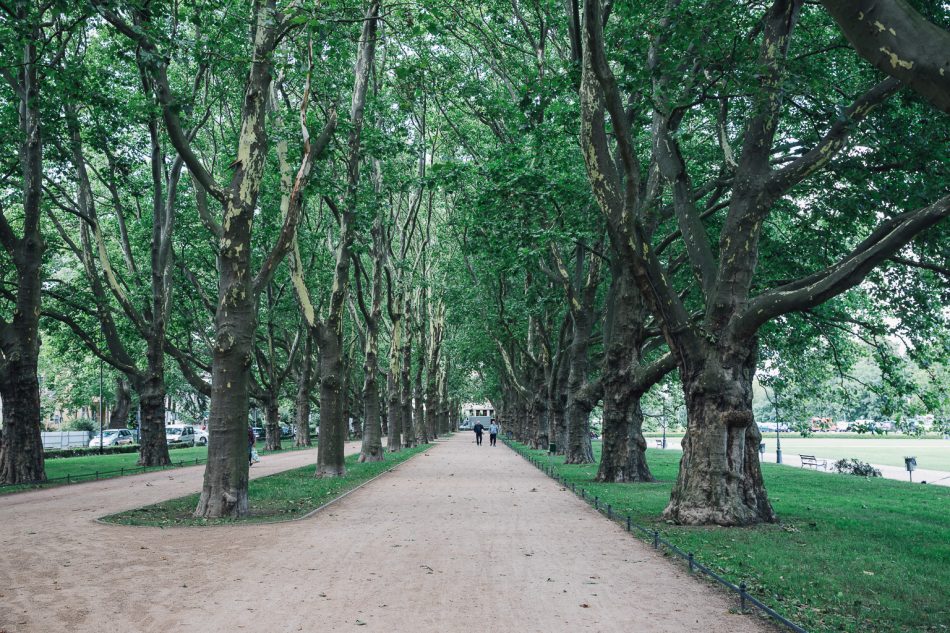 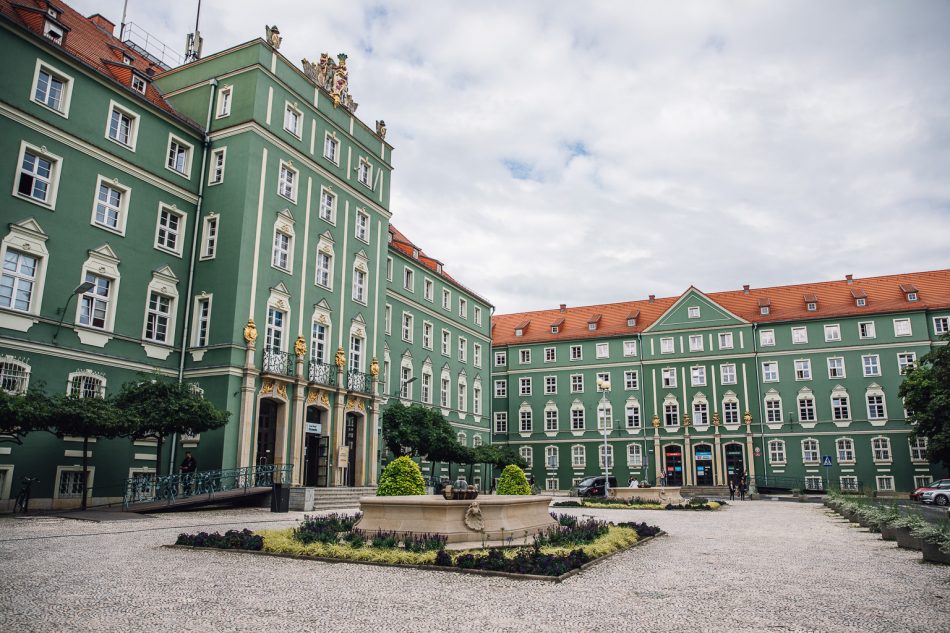 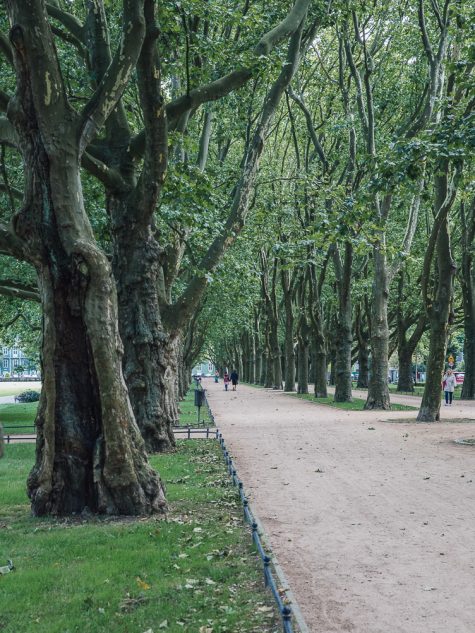 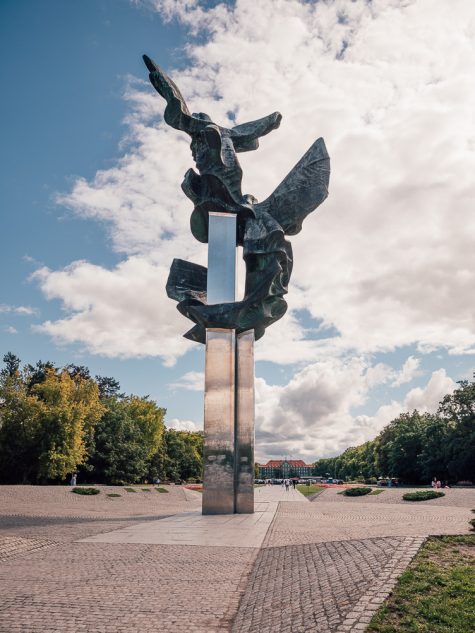 The new Philharmonic building is a modern work of architecture standing beside traditional Hanseatic buildings. The building won the European Union Prize for Contemporary Architecture in 2015: 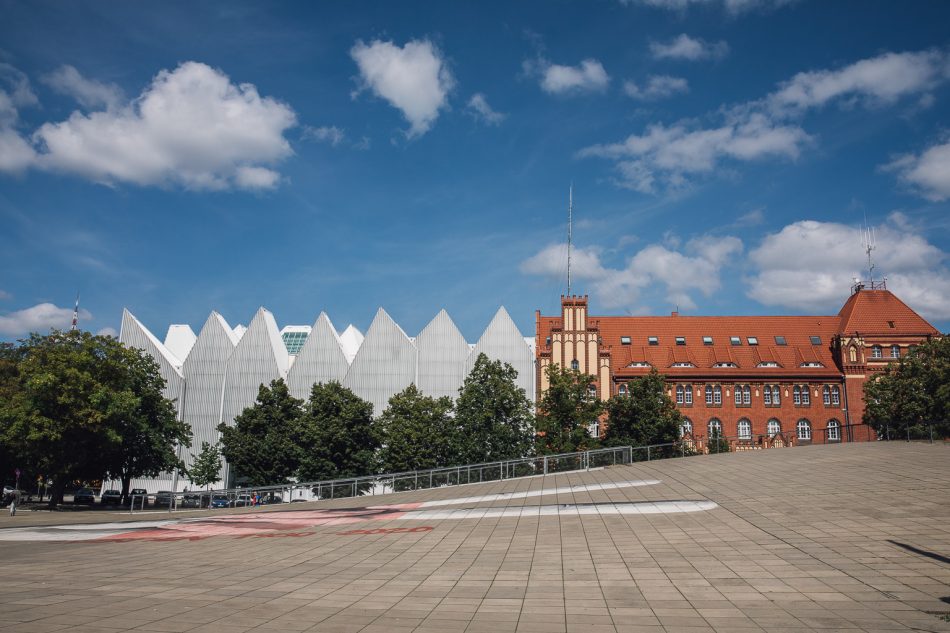 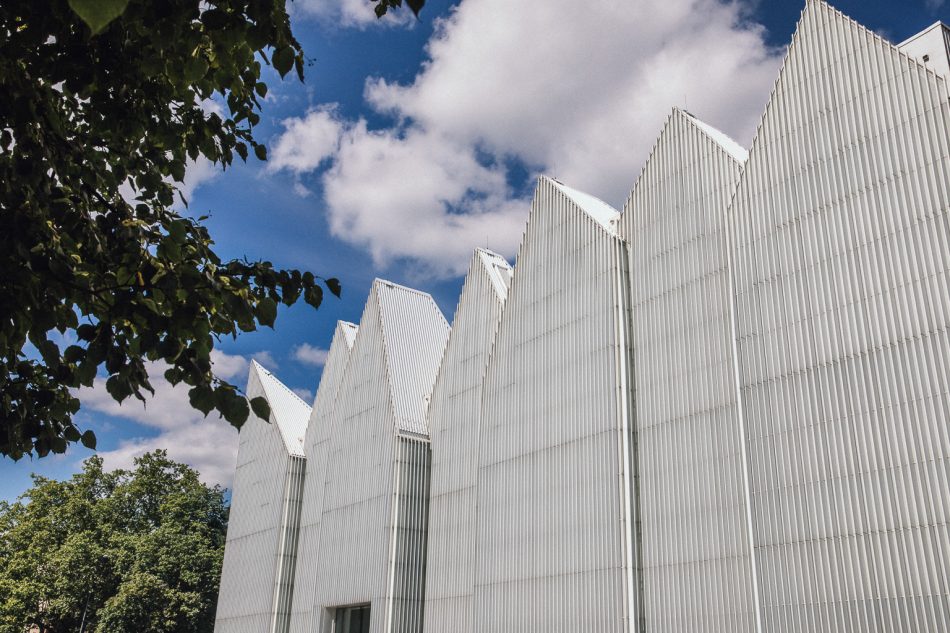 Though much of Szczecin was destroyed during the war, Waly Chrobrego is one of the few places that remains in its original form. The 500 m long elevated promenade is on the bank of the Odra river, and is a lovely place for a stroll. 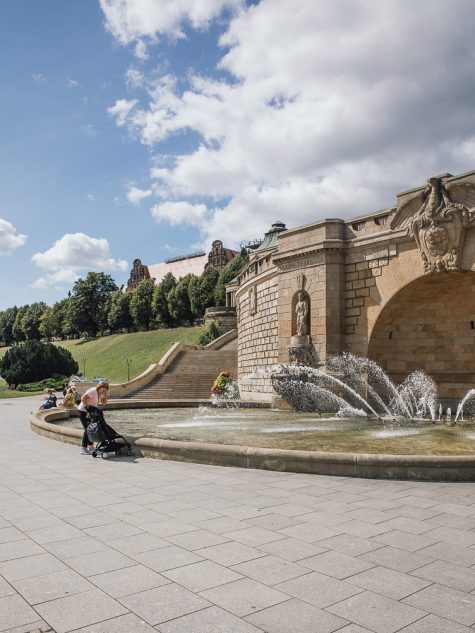 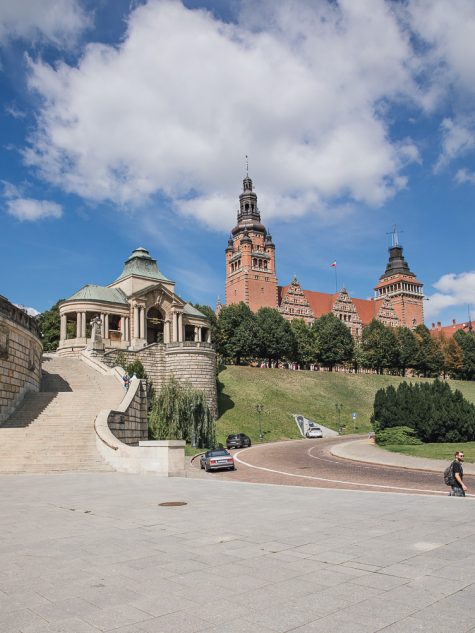 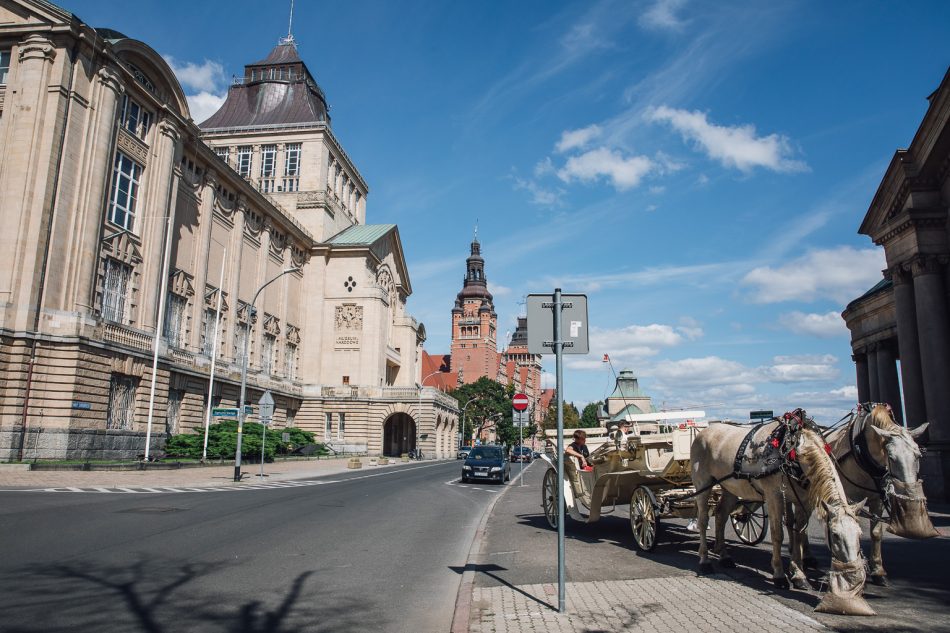 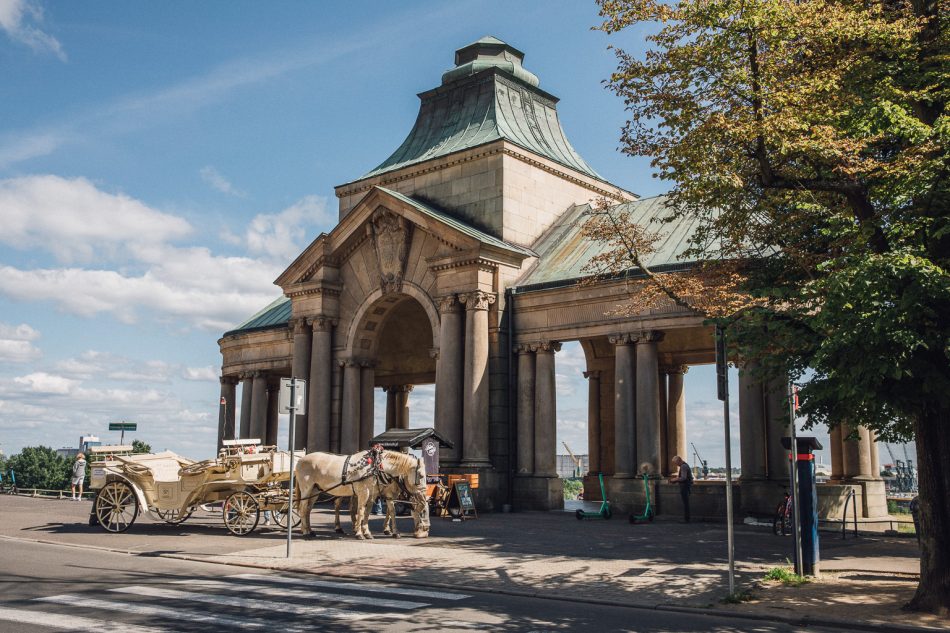 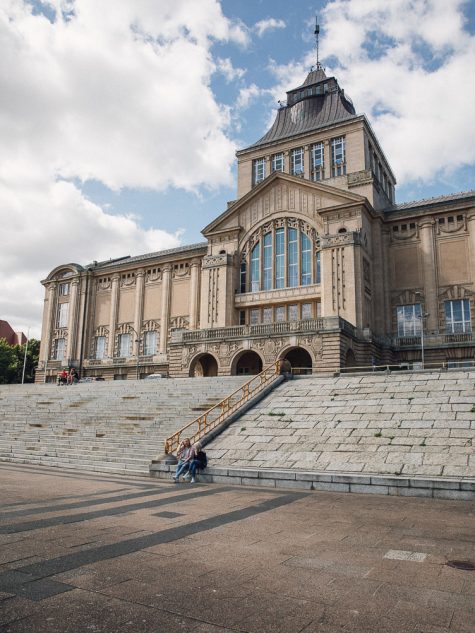 A few steps down the embankment takes you to the pedestrian boulevards on both sides of the Odra river. The wide paths are lined with restaurants, cafes, sculptures and even an amusement park with a large ferris wheel on one end. At specific times of year, this area is host to various festivals and events, such as a huge annual sailing festival. 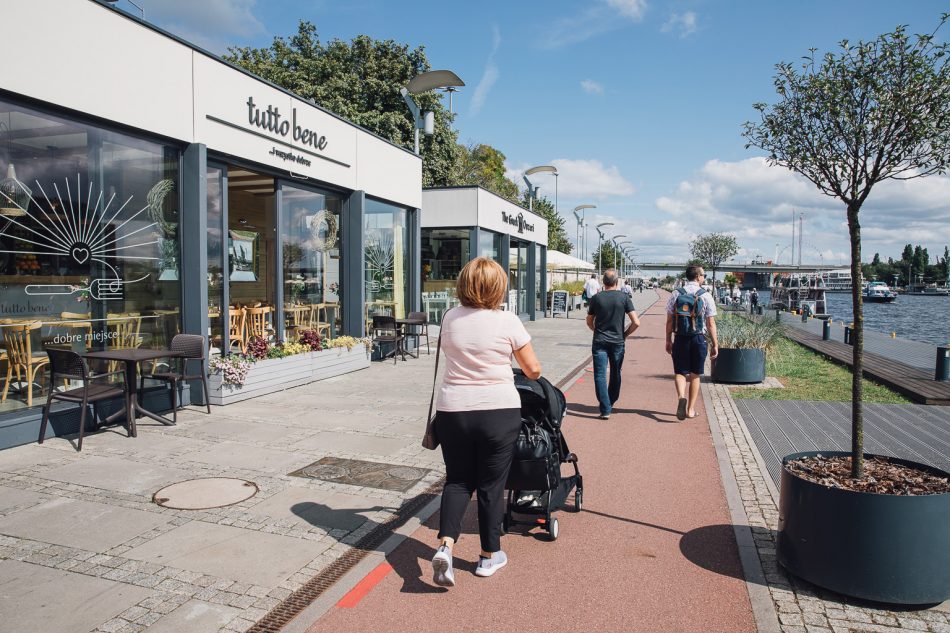 It’s funny that for a city so industrial, Szczecin is also one of Poland’s most green cities. The city contains and is surrounded by multiple parks, both tamed and untamed. 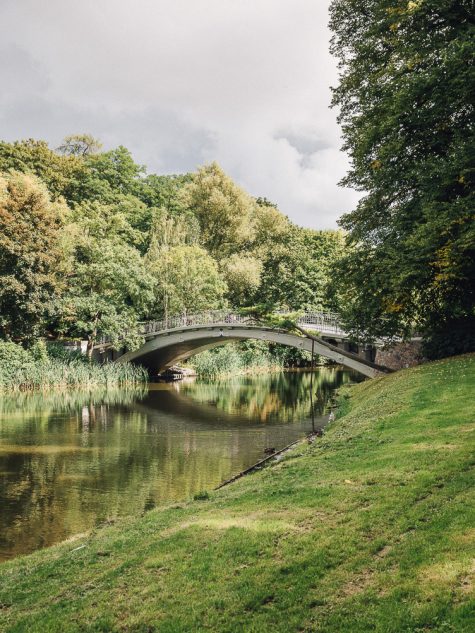 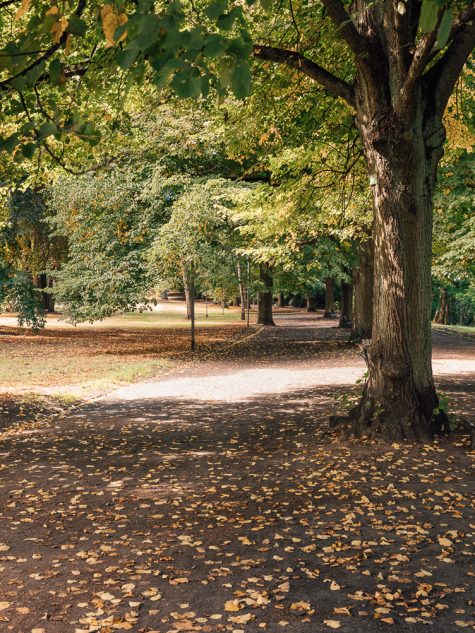 Overall, the best part of visiting the city for me is seeing family and catching up with old friends. Thank you to those who host us every time we come visit!