Gdansk: The Jewel of Poland 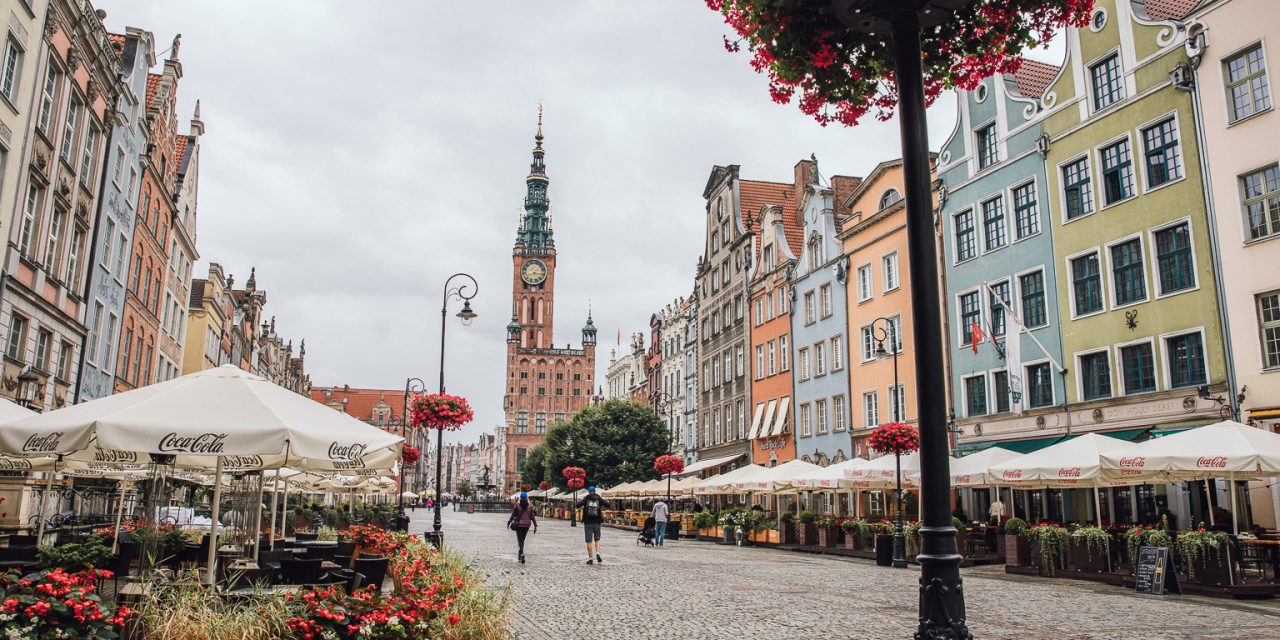 On the Baltic coast of northern Poland is one of the country’s most beautiful cities, Gdansk. The city was almost completely demolished at the end of the Second World War, but was miraculously resurrected by its people in an act of national pride. 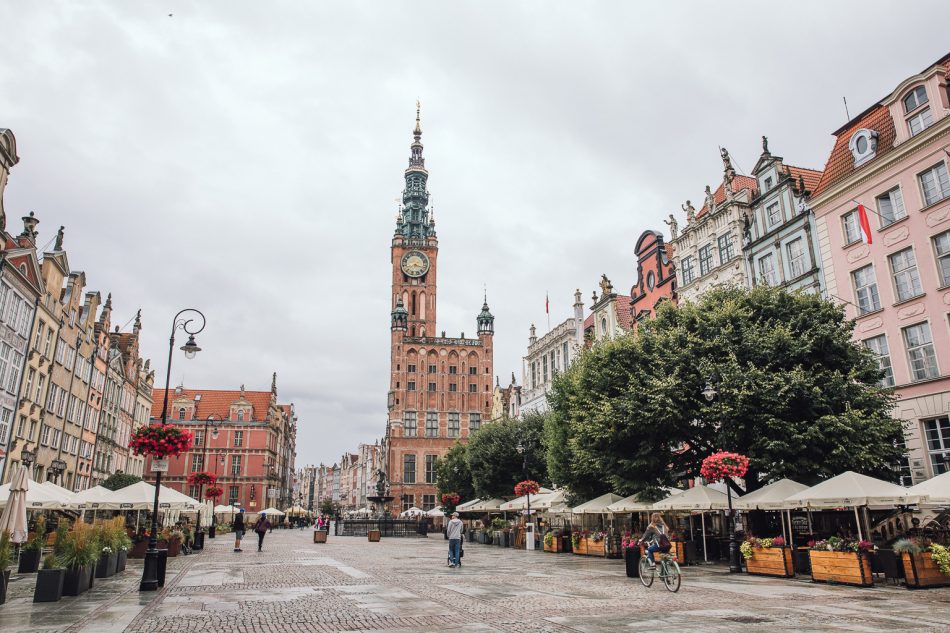 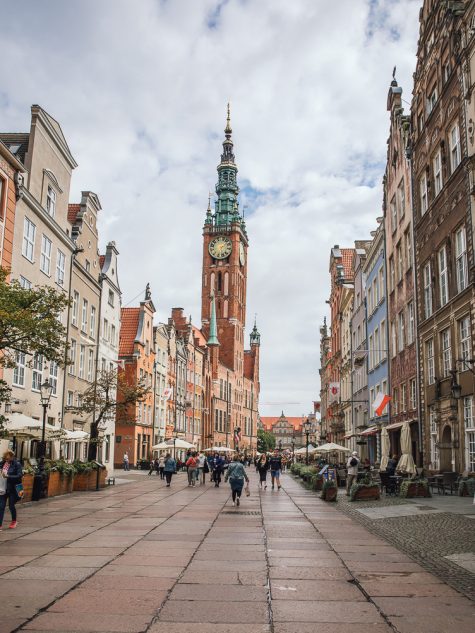 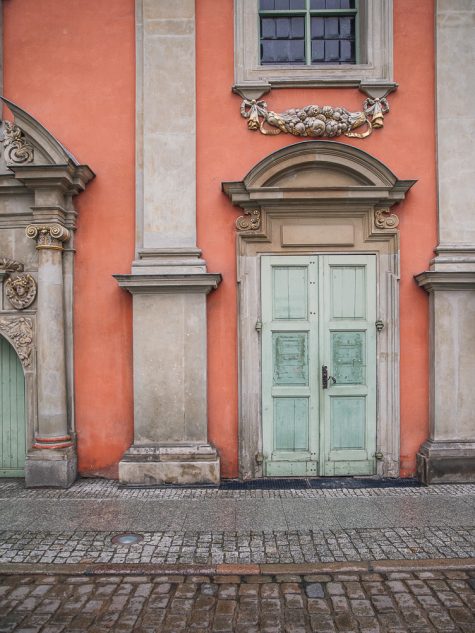 Therefore, Gdansk is modern while simultaneously managing to respect its roots. This is best appreciated along the Motlowa river. On one side of the river is European antiquity at its best, with historic Dutch-inspired buildings styled from the 17th century. On the other side is the same string of skinny, triangular-roofed buildings, but with modern glass facades and wrap-around balconies. Somehow these meld together so well, it’s hard to imagine it any other way. 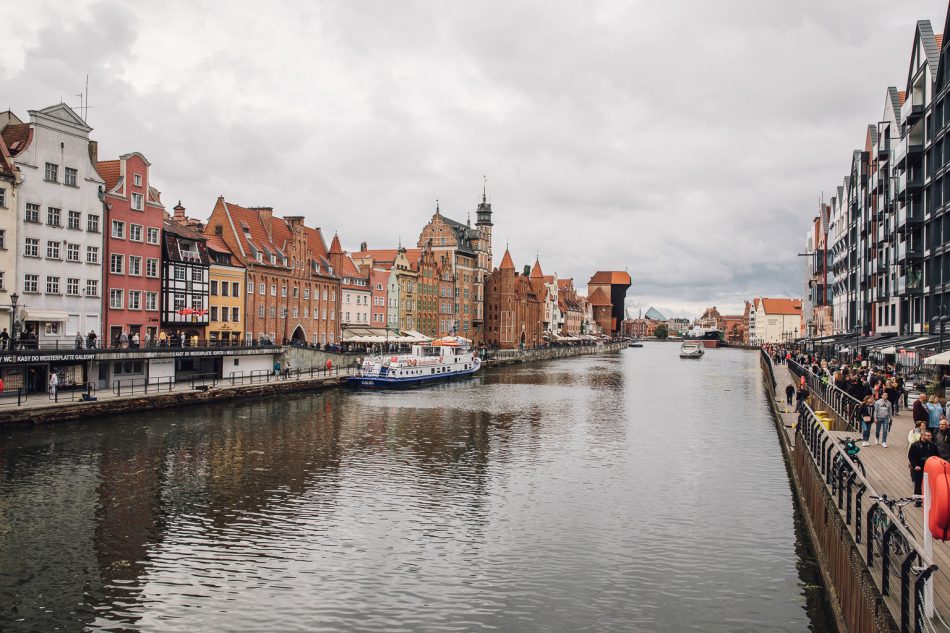 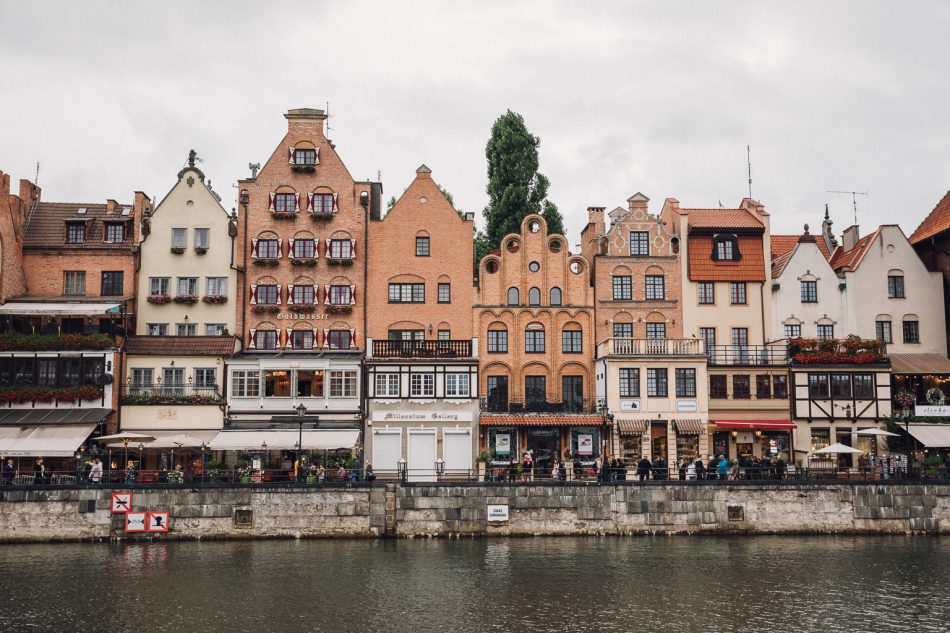 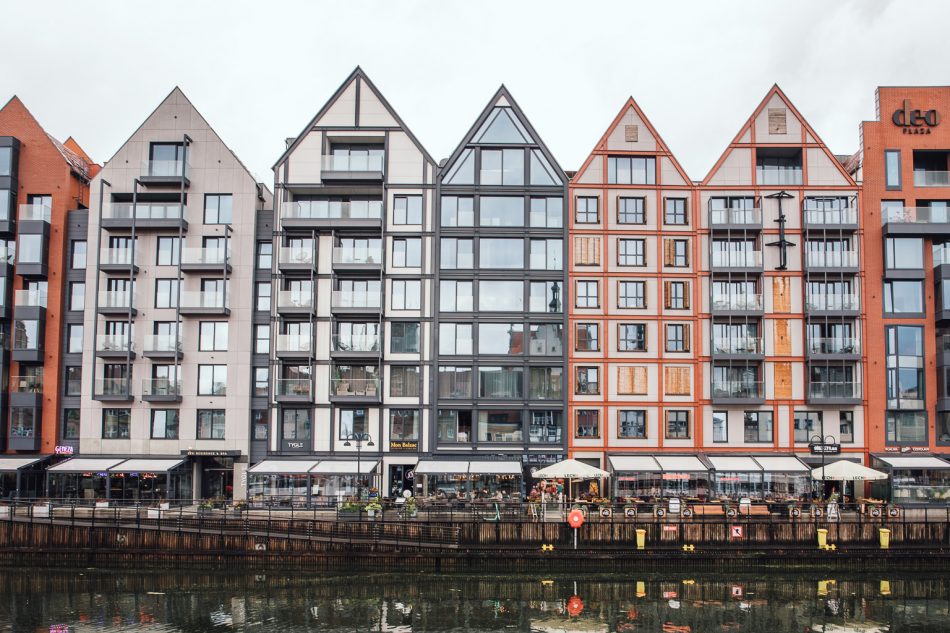 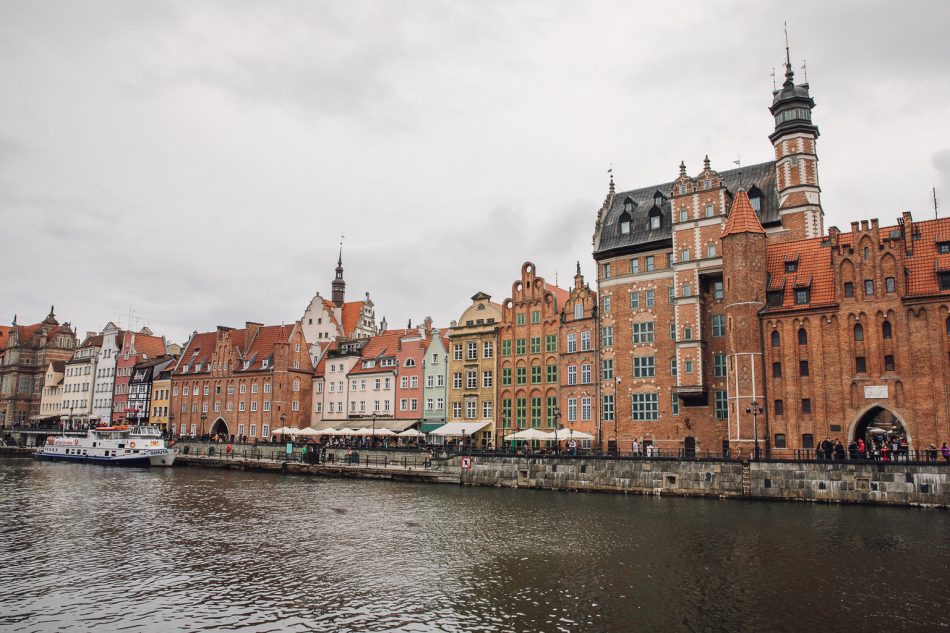 But, Gdansk is more than just a pretty face. The city has played an important role in several pivotal events of 20th century history. The city is where the Second World War began (with Nazi Germany invading Poland via the Battle of Westerplatte), and where the Solidarity movement was initiated (which eventually led to the dismantling of the Communist government).

We got to Gdansk via a 5 hour train from Szczecin. It was one of the more painful parts of our travel, as the screechy stuffy train lacked air conditioning. Before long, our baby was flushed and sweating, and we had to strip off her layers untill she was eventually sitting in only a diaper. If you have a Polish grandma like I do, you know this is an unacceptable level of layering, and so we got a few disapproving looks. On top of a delayed arrival time and a leaking diaper, we were pretty thrilled when the train finally arrived. 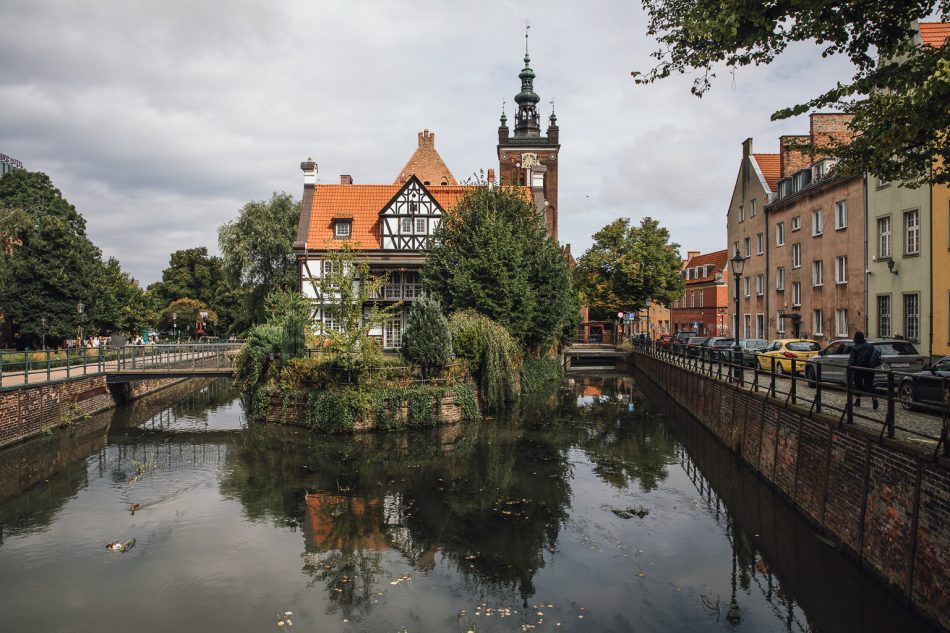 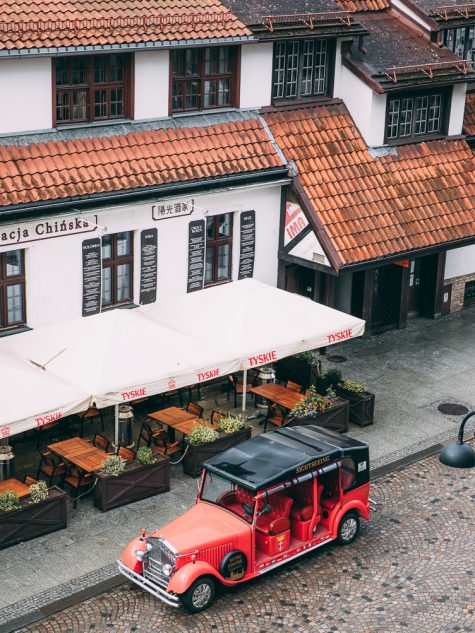 Thankfully the charm of Gdansk was quick to take over, and we soon forgot our woes and were awed by the city. Despite the cloudy, overcast days, Gdansk was still stunning. We stayed on Granary Island – the modern side of the Motlowa river that we described above. This was a previously run-down warehouse area which is undergoing complete revitalization. The “island” is now full of new restaurants and plenty of apartments and hotels. We stayed in one of these apartments, which gave us great views of Old Town and also made it easy to walk all the central sites. 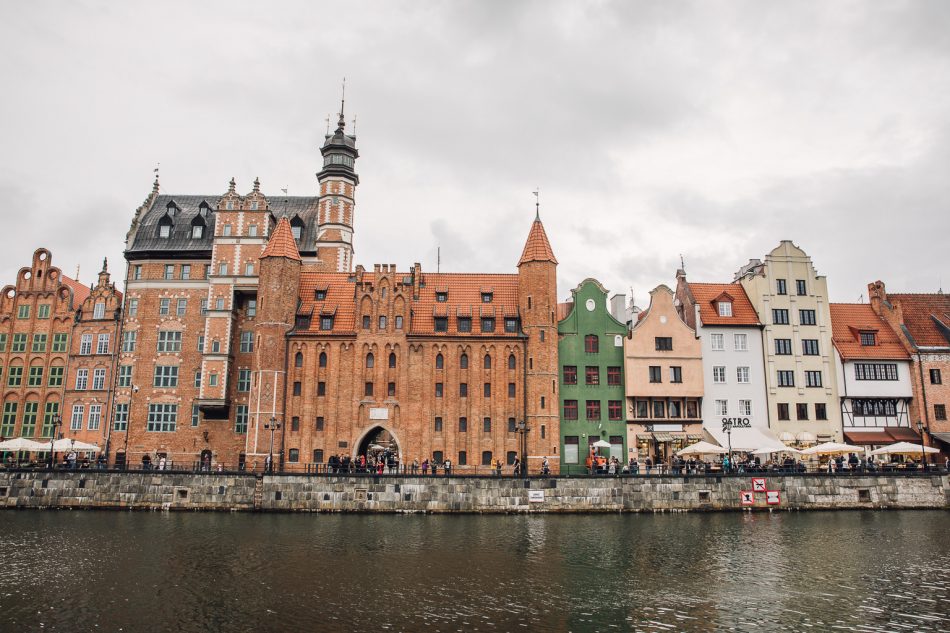 Just a short walk across the river is a grand city gate, which marks the start of Ulica Targ (Market Street) to Ulica Długa (Long Street). This is a pedestrian thoroughfare flanked by two elegant gates at either end. It is a great place for a stroll, to marvel in the magnificent sites along the way (like the main town hall, Neptune fountain, and the golden House which is heralded as the most beautiful in the city). 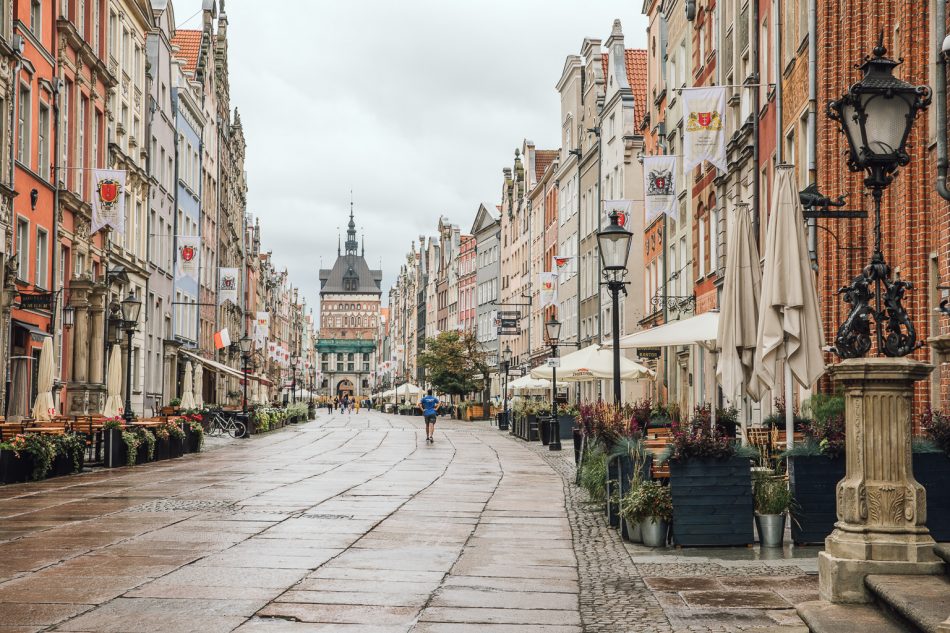 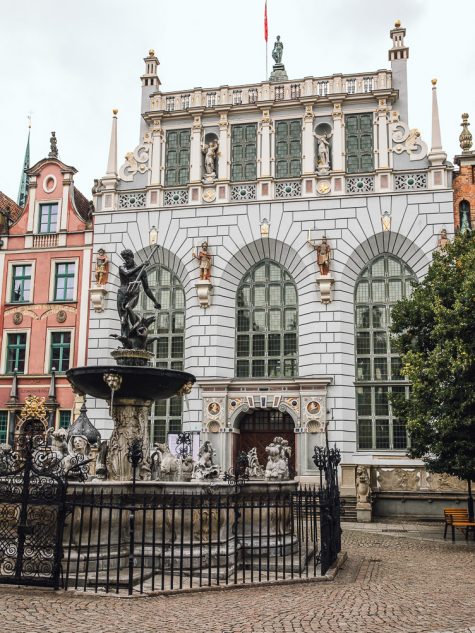 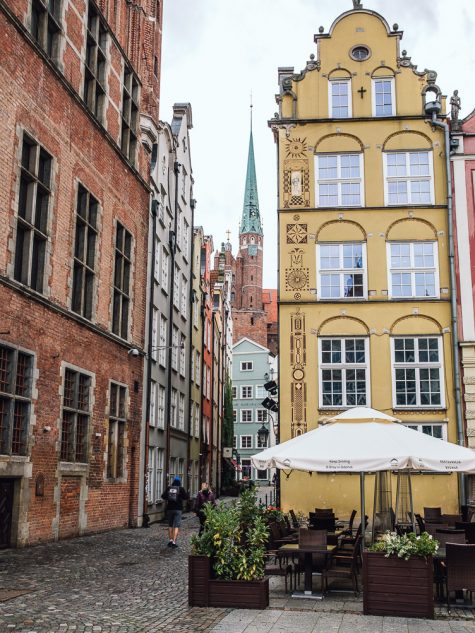 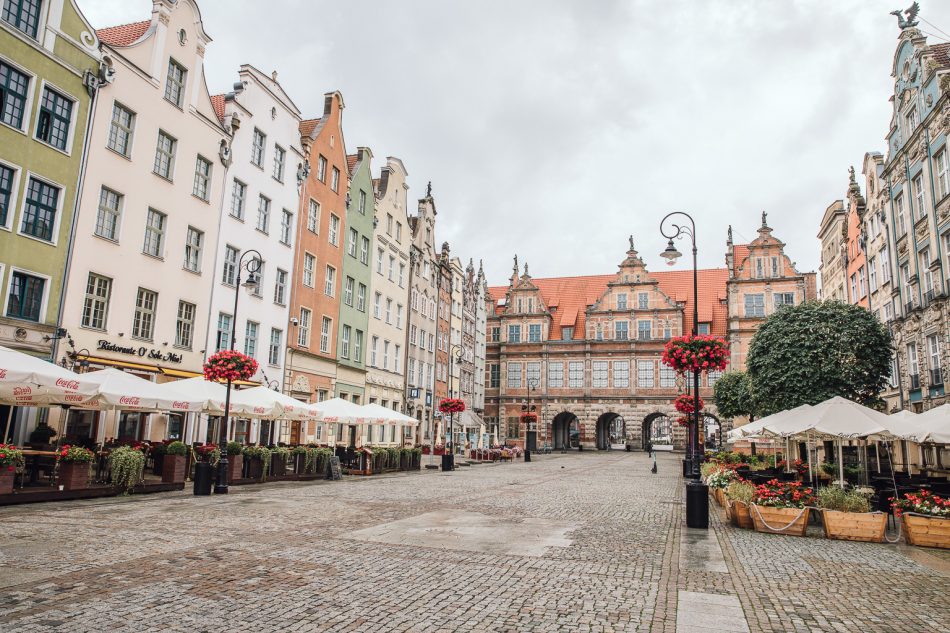 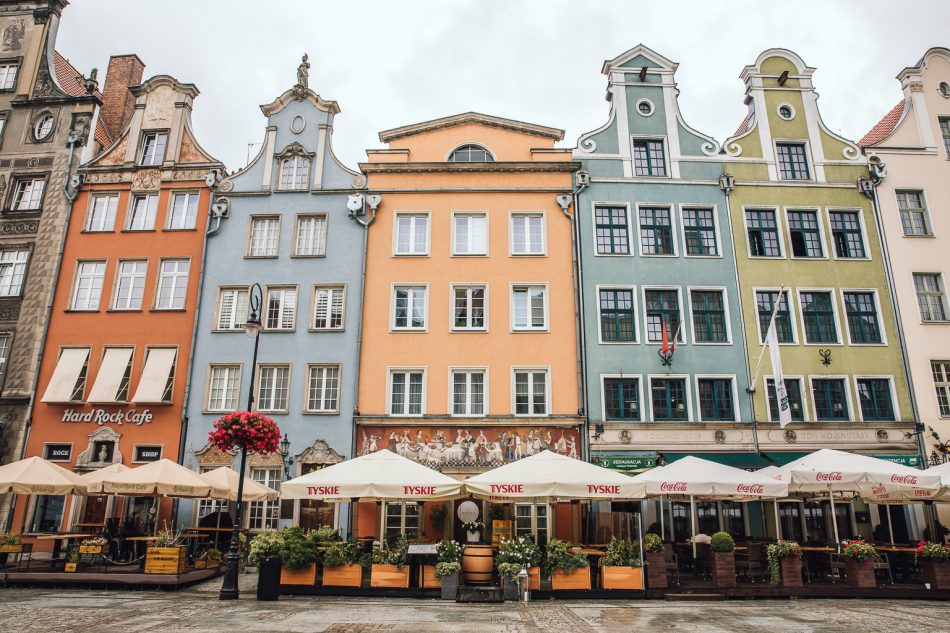 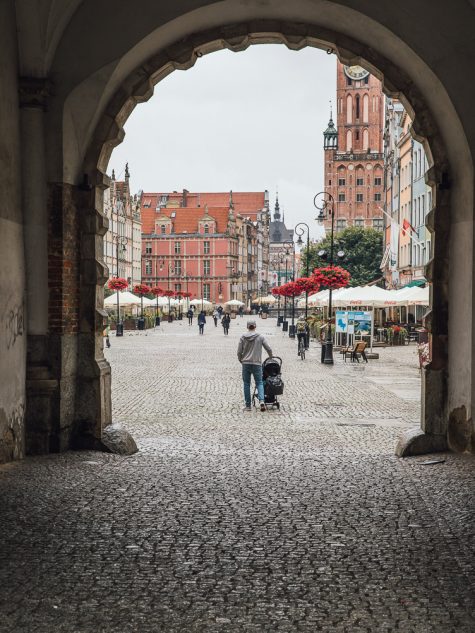 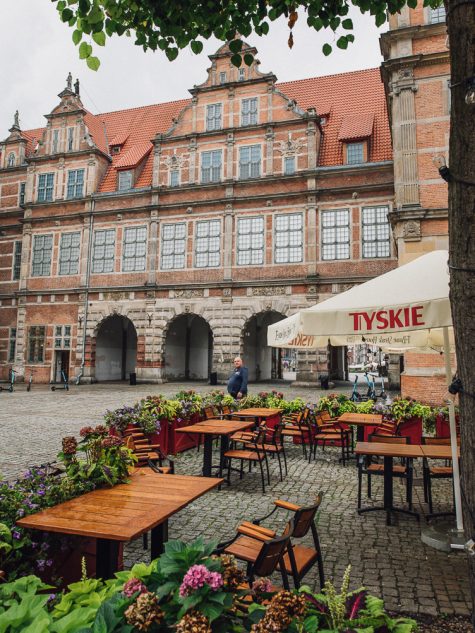 Taking any side street from Ulica Dluga/Targ is also a pleasure. Ulica Piwna (“Beer Street”) begins at the remarkable Great Armoury, with its dusty pink facade and gold embellishments. St. Mary’s Basillica towers over the street further down. 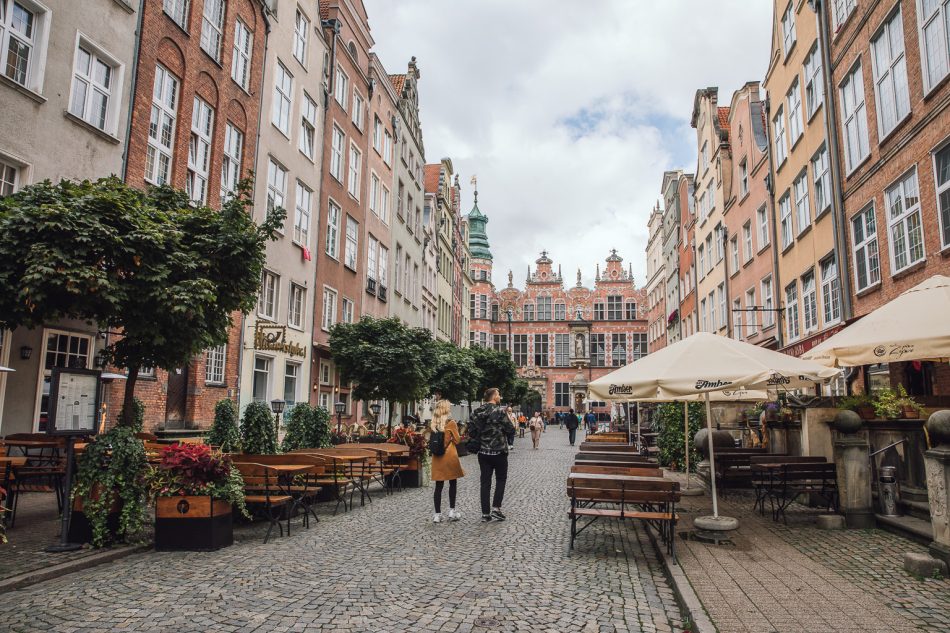 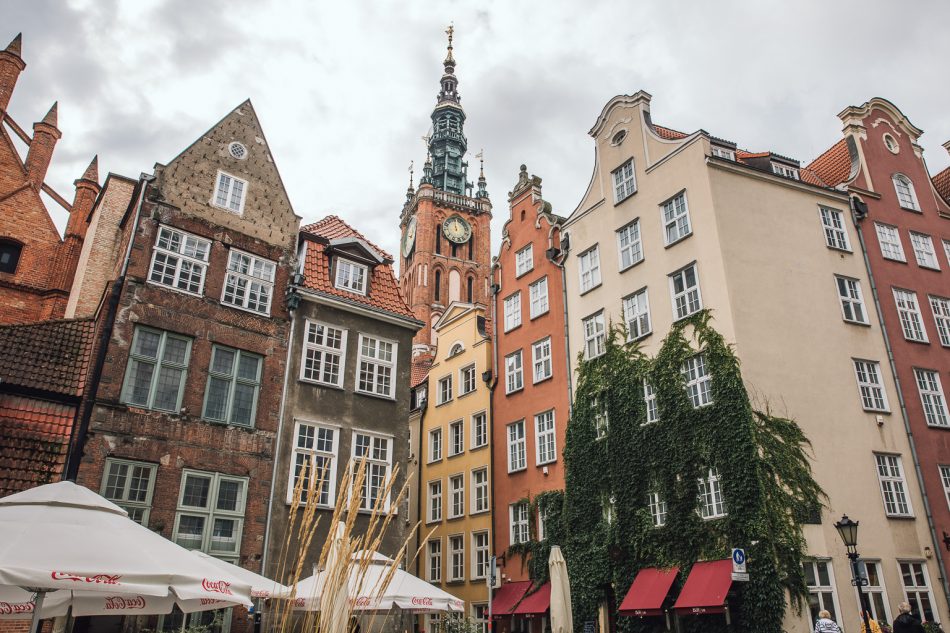 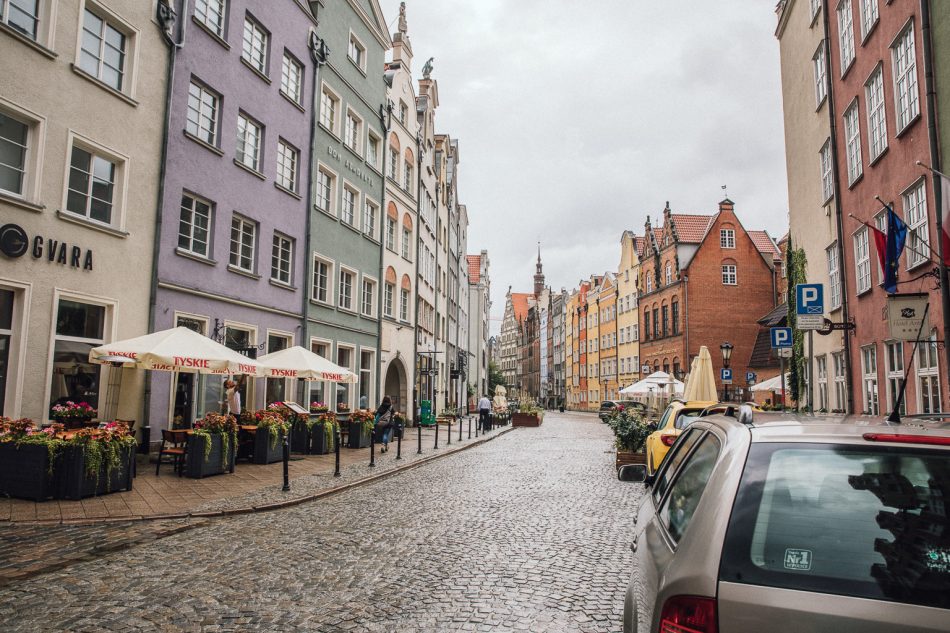 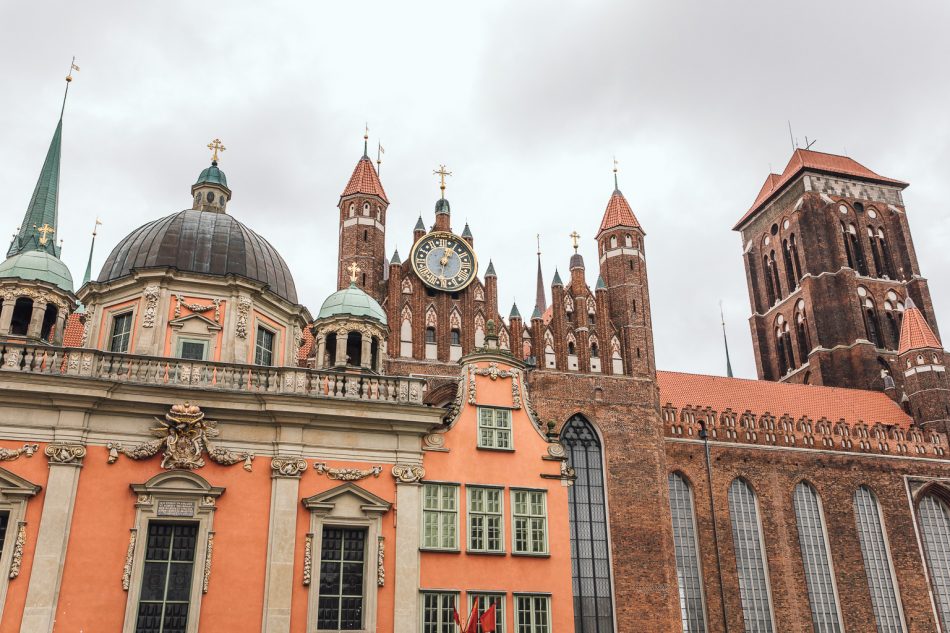 Ulica Mariacka, with its stone terraces, gargoyles, and quaint cobblestone streets, has all the historic Gothic charm. It is full of coffee shops, art galleries, and what Gdansk is best known for: amber. This rustic orange gemstone is known as Baltic Gold, and there is no shortage of shops on Mariacka Street to find it. 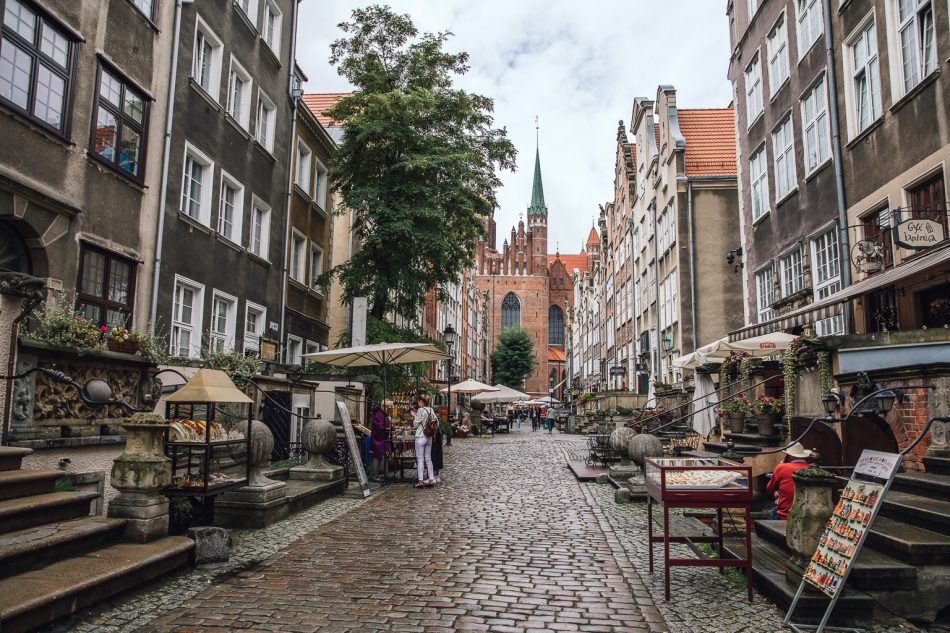