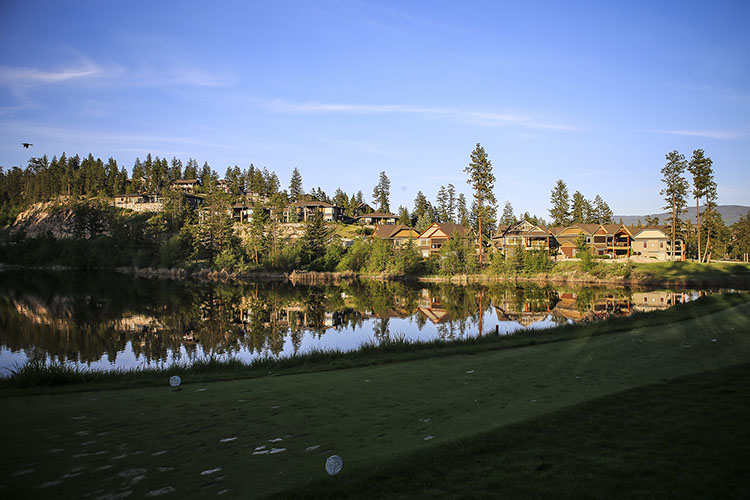 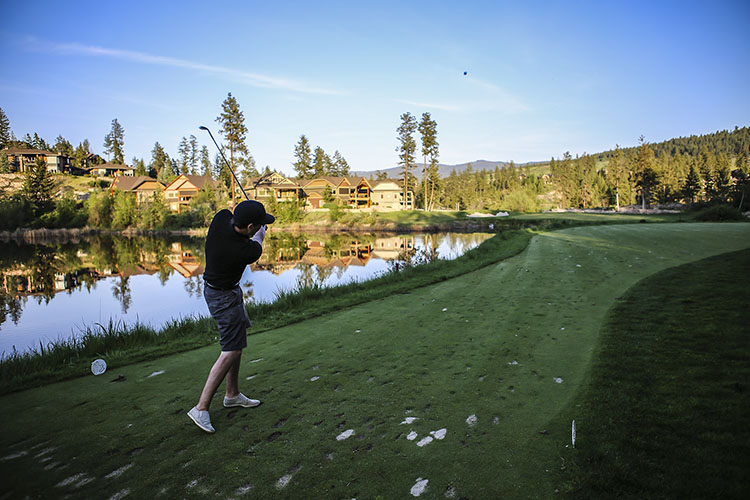 First stop on the RV trip: Okanagan and Kelowna. We had a quick two day stop in the interior of BC and lots of stuff on the agenda. After arriving past midnight to the Kelowna Walmart and setting up shop in the parking lot, we woke up to Tom attempting to set up the TV in the RV with an elaborate system of fuses, extension cords, power converters, and boxes. It only took him 3 trips into Walmart to return and buy equipment before we had a semi-functional TV.

Off to Mission Hill for a quick wine and food tasting. Oddly enough, we weren’t the only RV at Mission Hill…

From there it was a quick lunch before heading to golf Predator Ridge on the predator course.

We were not nearly fancy enough for this place but we rolled with it and filled our golf cart cooler with cheap beer. This resort/course was amazing and we could not wait to return to play the ridge course the following day.

We spent the night in a classy RV park where there was no management/supervisor/front desk so we had no idea where to pay or if it was even a place that we were able to stay. 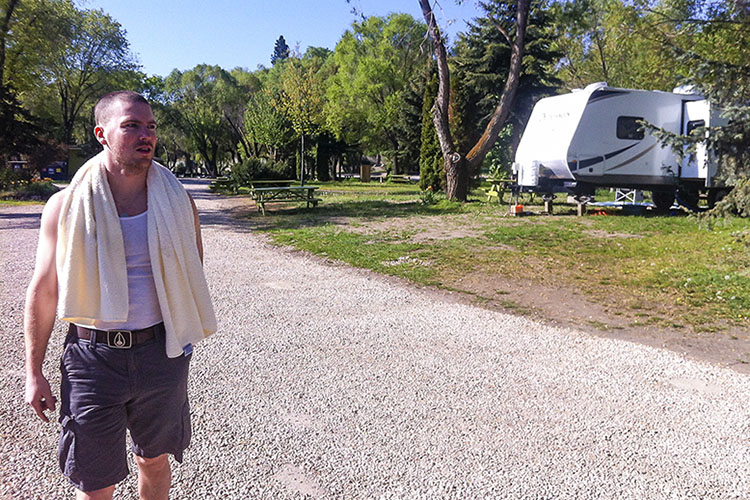 On our last day in the Okanagan we drove on up to Vernon where we got in a quick mountain bike, had a failed attempt at an Okanagan Springs Brewery Tour (still angry about that), and then managed to squeeze in one more round of golf. The ridge course is significantly nicer than the predator and is the best course I have ever golfed (kananaskis is #2).

Then after a quick greasy meal it was off to America, where we were surprisingly not stopped or questioned at the border (I thought for sure 4 young males in a rented RV would be suspicious but apparently if you cross the border at 2am they don’t care).