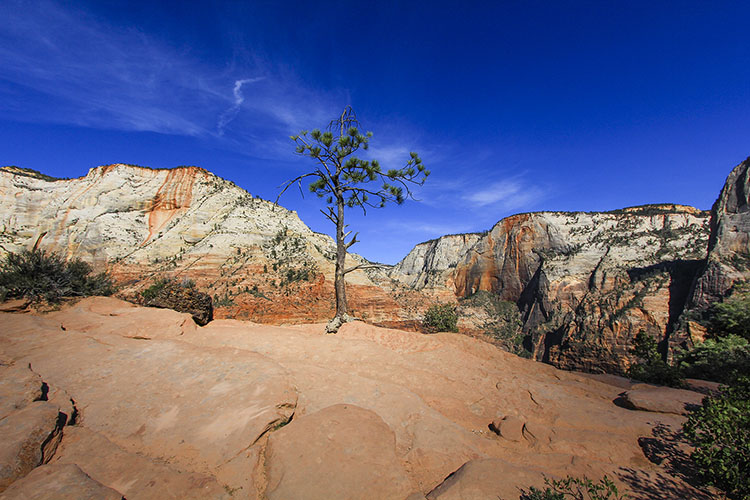 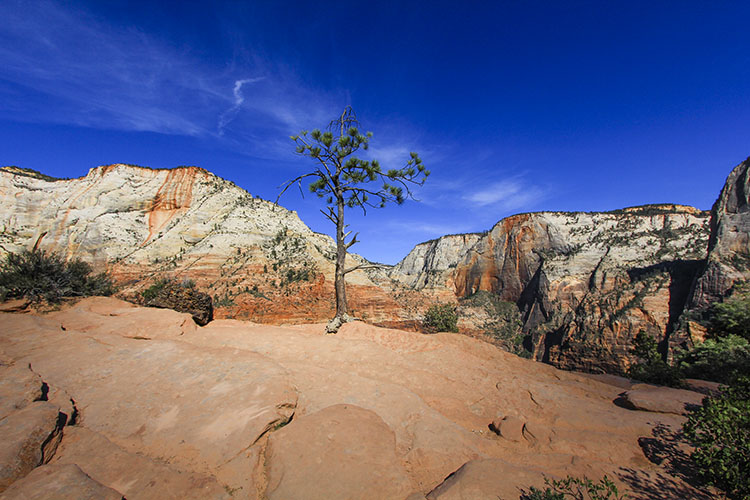 As we’ve been driving through the Mojave dessert to end up in the Zion National Park area, we have seen such interesting landscapes! 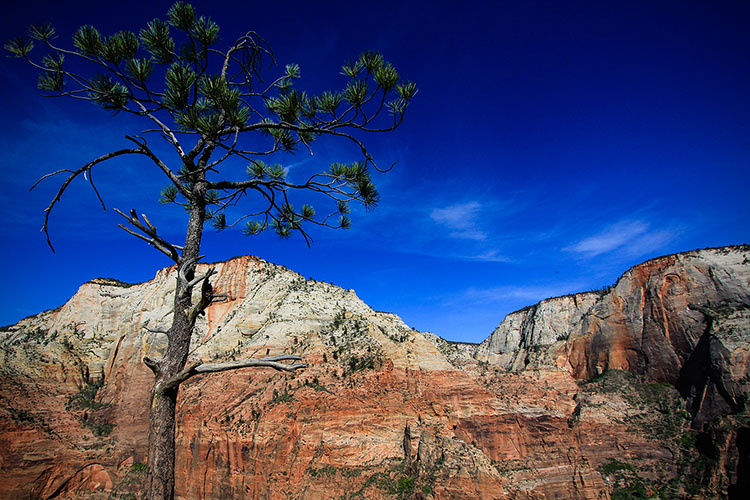 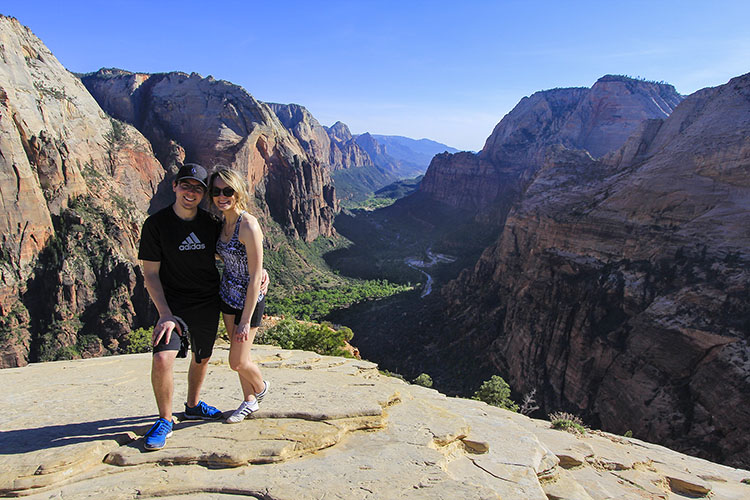 Interestingly, we’re in the dessert but water creates many of the amazing sights. Rain falls on the Colorado plateau, pushes debris down until there is a series of step down cliffs creating the “Grand Staircase” (aka. “Grand Staircase Escalante” which we prefer to say in an accent). It starts in Bryce Canyon, heads down Zion, and ends in the Grand Canyon. As far apart as they are, driving through the flat countryside, you can easily appreciate the dropping plateaus of ground. Nature is pretty neat (said best by this man)!

Since the water carves all sorts of interesting cliffs and towers, we decided to climb one of these after our walk through The Narrows.

Angels Landing is 2000ft straight vertical. The climb starts off with steep slopes and switchback roads… 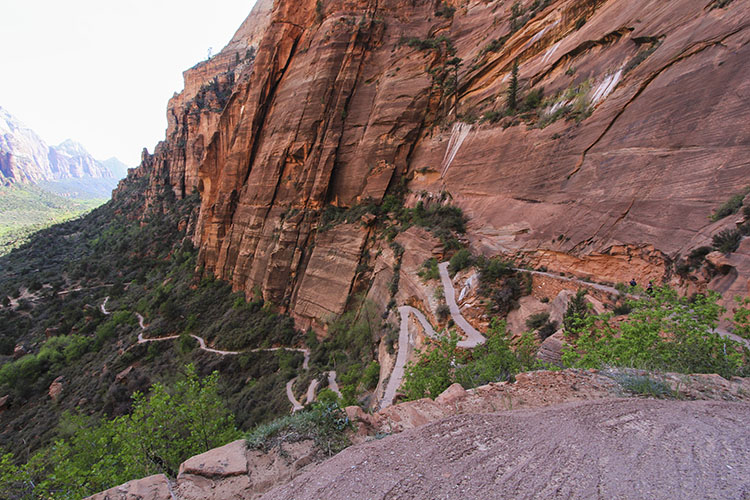 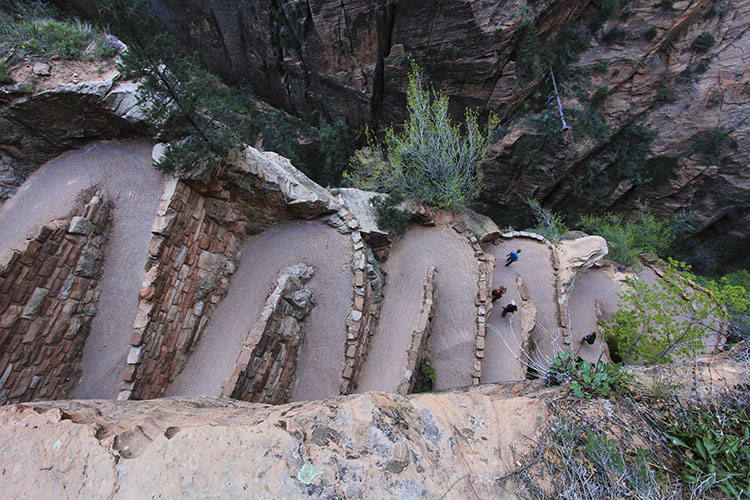 As you near the peak, you traverse the mountain rim up a skinny snaking path with only enough room for your feet and a chain to hold onto. Looking over either edge sends you straight down a cliff face, with signs alerting us of the 6 deaths that have occurred here since 2004. 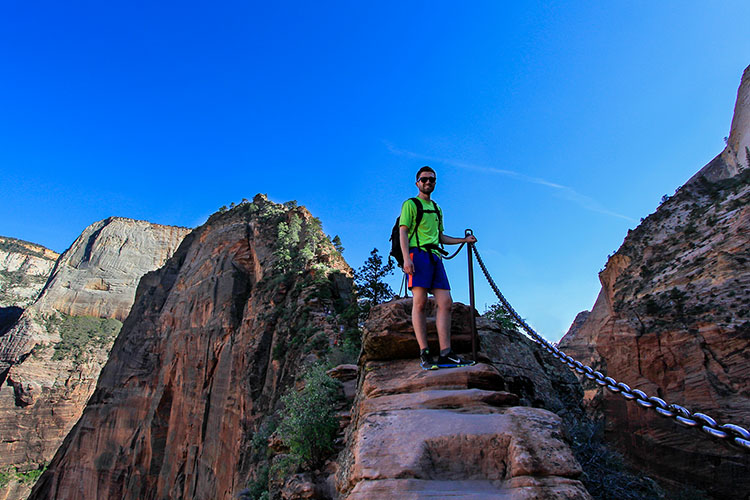 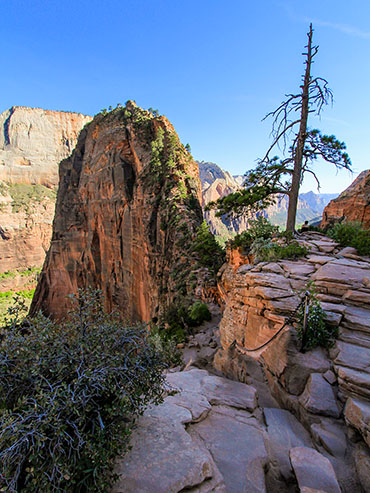 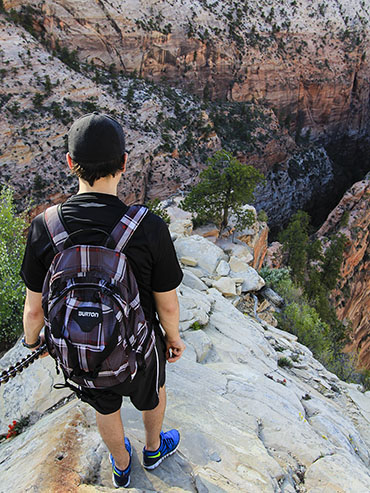 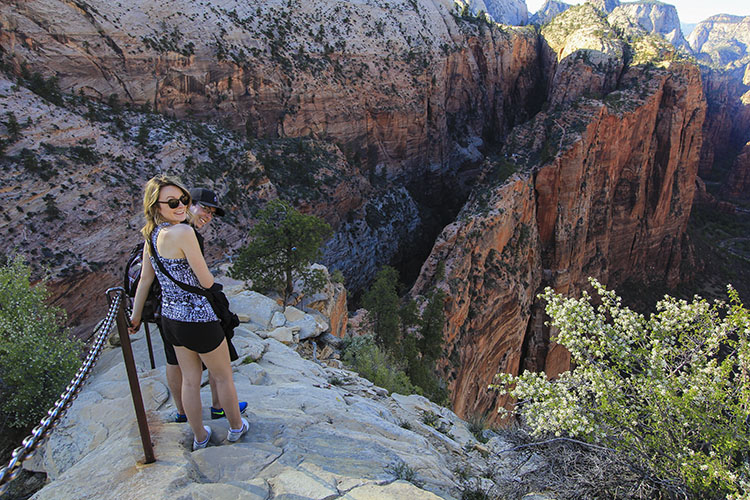 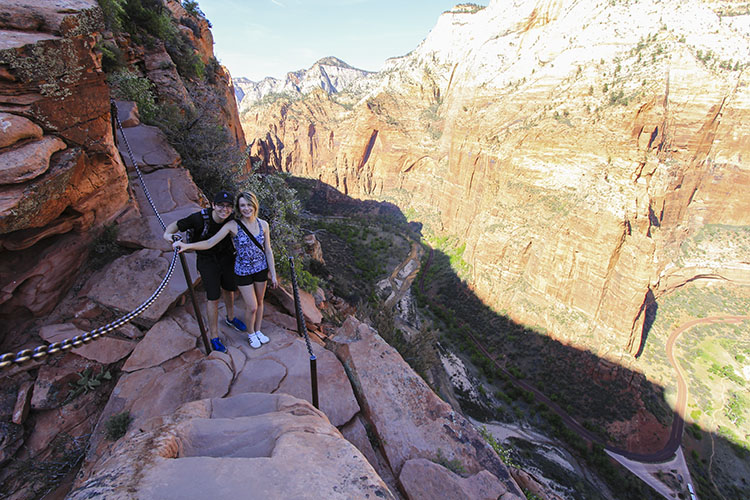 Our final peak was the end of this rim (far left): 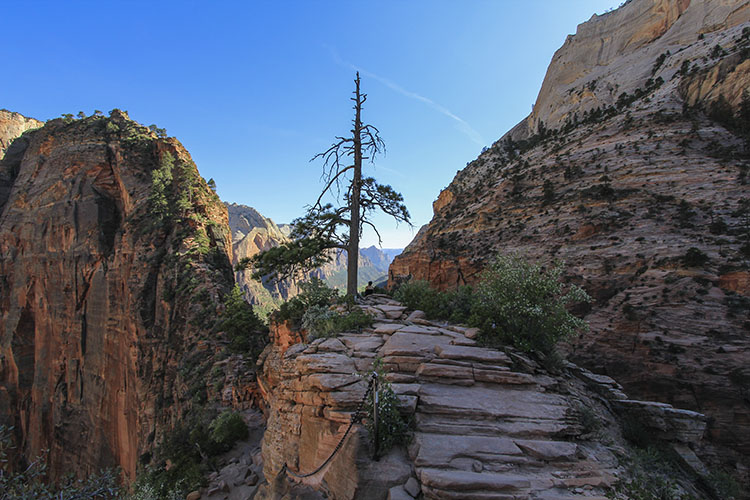 We climbed up carefully and reached the very peak overlooking the entire park as the sun was starting to set. If you look down to the ground in the pictures, you’ll see the road where we first started our ascent! 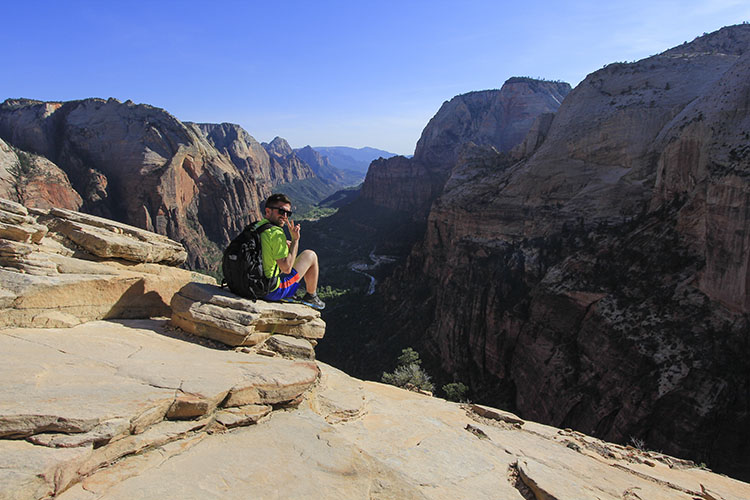 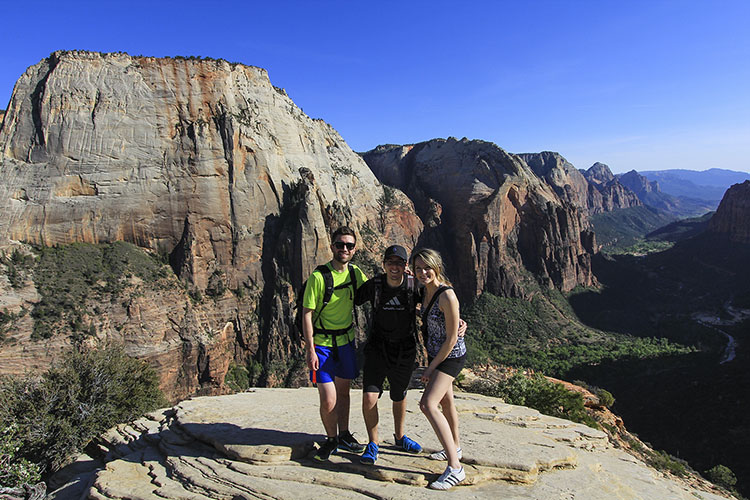 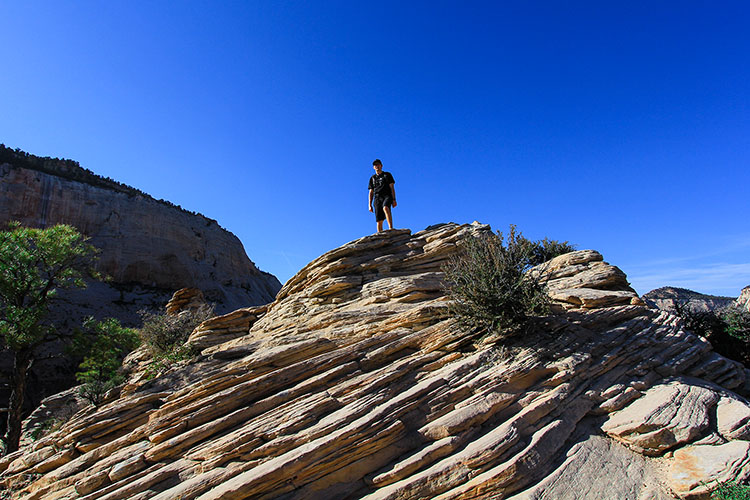 We were starving by the end of our day of conquering Zion. We headed back to Kanab, which we chose as a good home base for the surrounding sites. Unfortunately, Kanab is not the culinary capital we were hoping for and we drove the streets up and down looking for somewhere to eat. We ended up at the grocery store just as it was closing, leaving few fresh options. This left us with the boys resorting to MacDonalds + Wendy’s (yes, both), while I ended up eating a box of Wheat Thins with a bag of Haribos for dessert. A little ghetto… we will try to do better tomorrow!

Angel’s Landing is a more strenuous climb, mainly for the fact that you gain much elevation in a short period of time. The initial part of the trail is paved with a fairly steep incline. The final 500ft of elevation is gained along the narrow spine of the mountain, and aided with chains and gates installed along the walk. Here, you can often look down and see into both sides of the canyon (thus this might not be ideal for someone with a fear of heights or someone with small children). Keep in mine you are very exposed in this part of the hike, so it is not recommended to do this in the heat of the day. At the peak, the beautiful 360 views of the park are stunning and well worth it. Bring some snacks, as there is plenty of space to sit and enjoy the view.