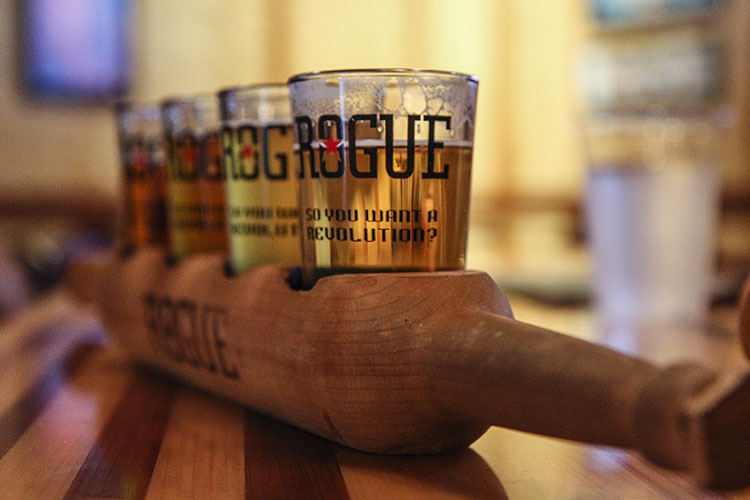 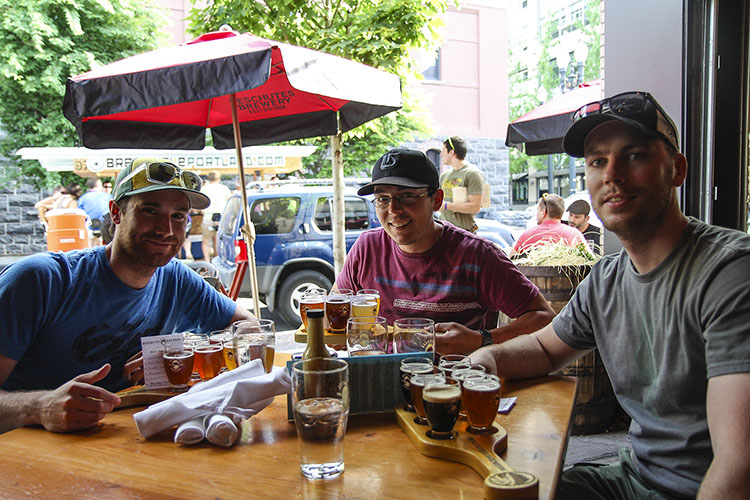 I did not know this prior to this trip, but Oregon and the northwestern states are home to some of the worlds best craft/micro breweries. That being said, it was only fitting that we spent an entire day stumbling from brewery to brewery having tasting flight after tasting flight. Here are the best Portland craft breweries and a few select offerings… 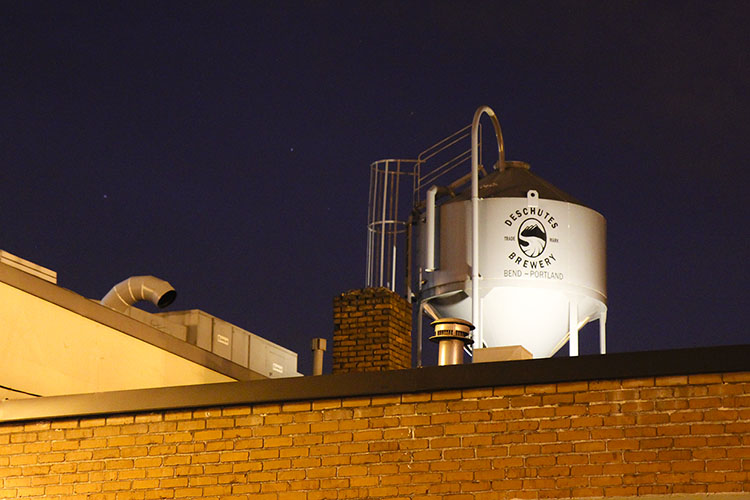 Deschutes Brewery: born out of Bend, Oregon, on the shores of the mighty Deschutes river, this brewery is proud to serve up some of the best IPAs with a selection large enough to provide something for everyone. Not only that, but the brew pub in Portland had delicious food. This was my favorite brewery of the day, and I recommend you try the Inversion IPA, White Chainbreaker IPA, or, if you can find it, the Dunkelheffeweizen which was the best of them all.

Rogue: Independent brewery pioneered by 4 friends with a passion for brewing great beer. They are one of the most well recognized and unique craft breweries outside of the States. You’ll recognize them for their iconic red star and unique named/varietals of beer. Definitely good beer, but they seemed to specialize more in ales/stouts so I didn’t appreciate it as much as others might (try the Dead Guy Ale).

We ended up popping into several other breweries for a pint, but if you only have time for a couple or if you are trying to decide what to get next time at the liquor store, check out these two! 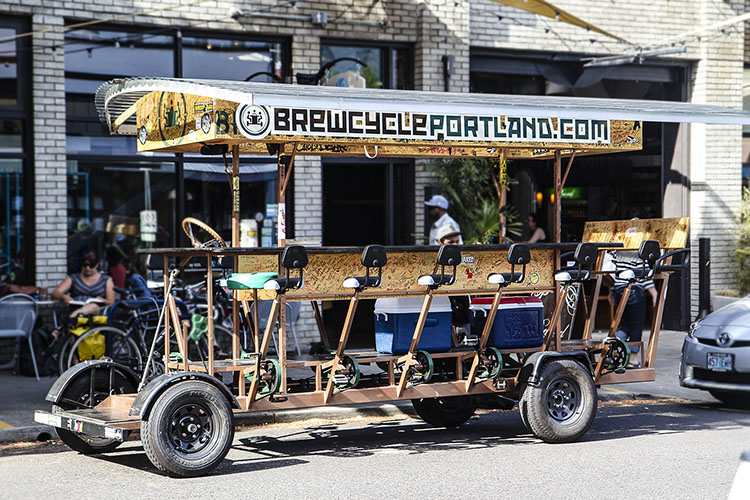 The best part we found out was that there is something in Portland called the Brewcycle (fitting for how crazy about bikes this city is) where you buy a ticket and hop on this multi-person bike for a tour of the local breweries. What’s even better about it is that the cops have fun with these inebriated people while the cycle through the city. Notice the police car behind the brewcycle in the bottom picture; they flashed the lights and put the siren on to the cheers of the drunkards. Oh what a progressive place. 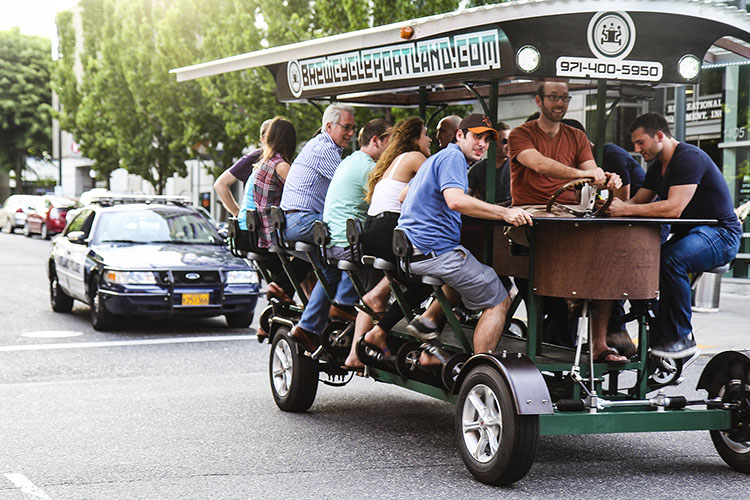 The only regret from Portland is that we didn’t go “ZooBombing”. This is a local tradition where people take their bikes up to the Zoo on the top of the hill every Sunday night and then all coast down the hill in a pack that is full of headlamps, bikes of all shapes and sizes, and all sorts of people.