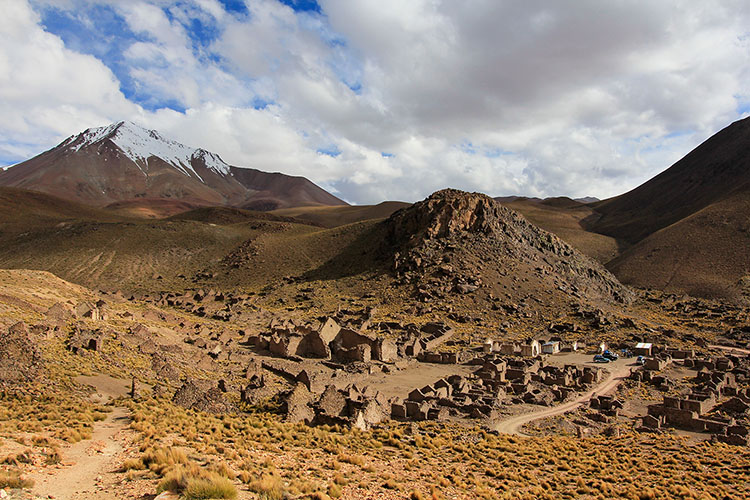 Ready for a 4-day Bolivian Salt Flats tour including the surrounding area? Get set for some amazing scenery, questionable accommodations, and silly photos!

We chose to book our tour via the less-traveled route from Tupiza, where you get to see the Salt Flats on the very last night. Thankfully this meant we were in much smaller groups and on a different schedule than most other tours. Let me introduce you to the set-up… 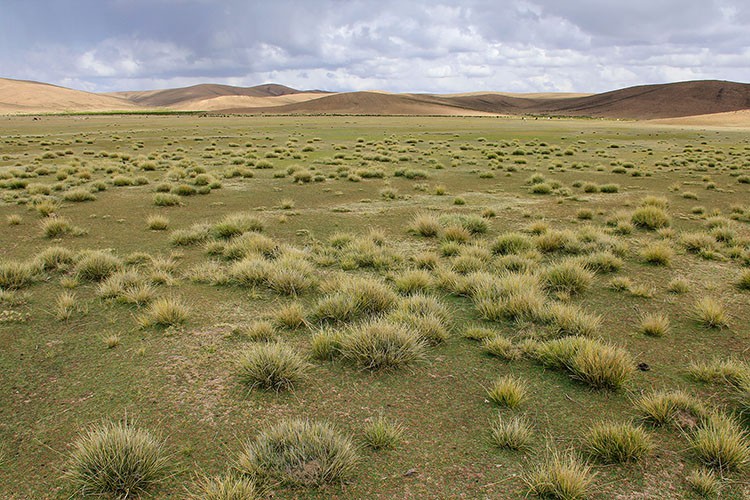 Other than us two, we were with a girl from Germany who is as whimpy about the cold as I am, and a 60-year old French lady who, with fresh bruises around her eyes, was a somber reminder of the possible dangers of traveling. She unfortunately was assaulted and robbed by two men while walking alone at night in La Paz.

Other than that we had one driver, Rafael, and one guide, Elizabeth (Eli for short). Both were awesome.

The six of us shared a roomy 4×4 jeep. At first Shane and I were concerned we had the oldest car there. But we soon realized there was a reason this baby was still cruising: over the 4 days of the tour, ours was the only vehicle without a single problem. In fact, our amazing driver was the one always stopping to help every one else with their car troubles. He was the best driver out there: getting us to accommodations first (you will learn that showers require a line up otherwise), to sights first (no others around), and taking us down treacherous roads without worry. 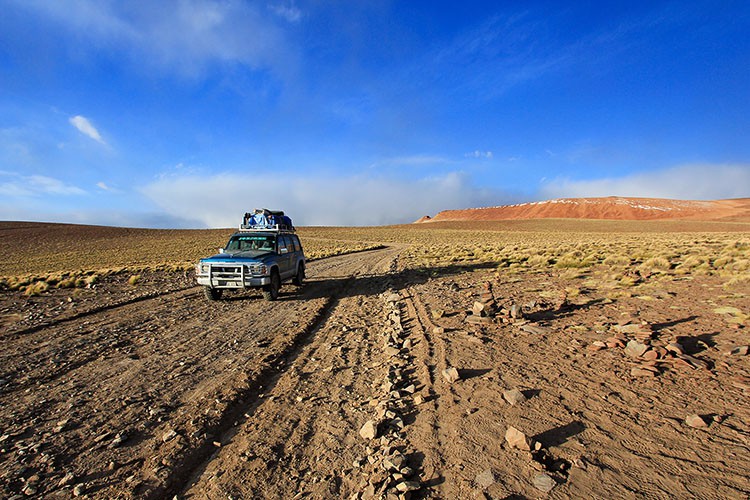 Though we had our own car and own group for the tour, we were actually a part of a convoy of 3 vehicles. After our first few hours we learned why: most of the landscapes we traveled through were barren, no-service areas where you have no one to rely on but one another. We found it kind of cute, the camaraderie of looking out for one another. Though we felt like we made our own path, every now and then we’d look back and make sure we could see our friends somewhere on the horizon to make sure they were okay.

Now that you get the general vibe, let me tell you about day 1. It started off a bit rocky: our bus ride was something else (see our updated Bus Travel post after this interesting experience), the tour company seemed to misunderstand our need for an English guide (this got quickly sorted out), and it was pouring rain. We started the tour trying to see the landscapes out of the condensation-covered windows and even when we stepped out, we could see nothing but grey. Our hearts were broken when the guide told us rain was in the forecast for all 4 days. 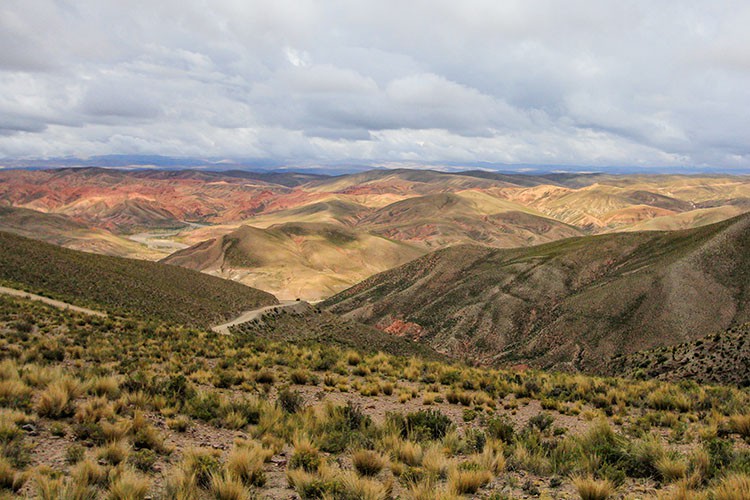 Thankfully, within an hour the rain stopped, and within a few more hours the skies completely cleared and stayed that way for the rest of our tour. Our spirits quickly lifted and the fun truly began. As the scenery finally came into view, we realized we were driving in the early parts of volcanic landscapes.

We stopped in the small village of Cerrillos for lunch and I happened to make a new friend: 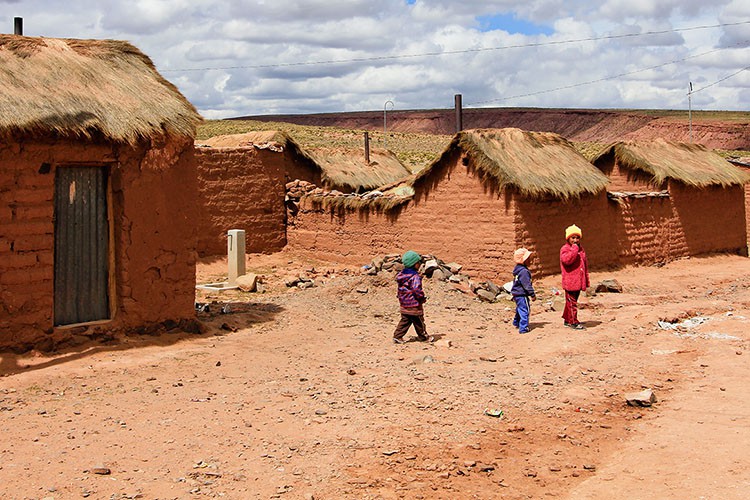 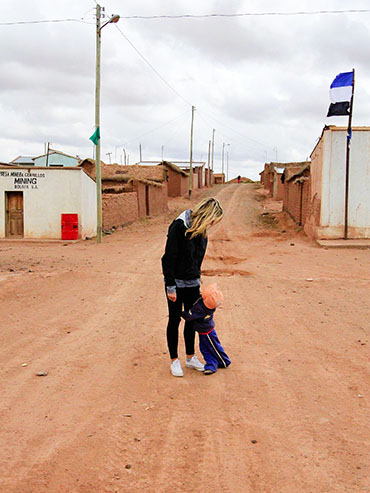 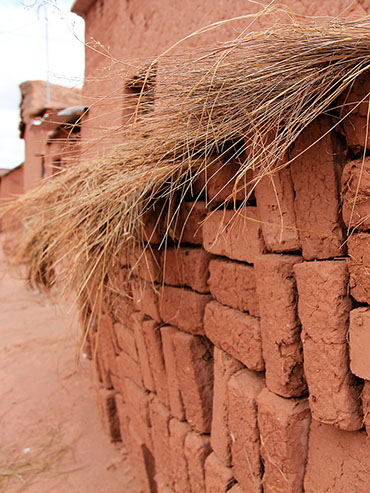 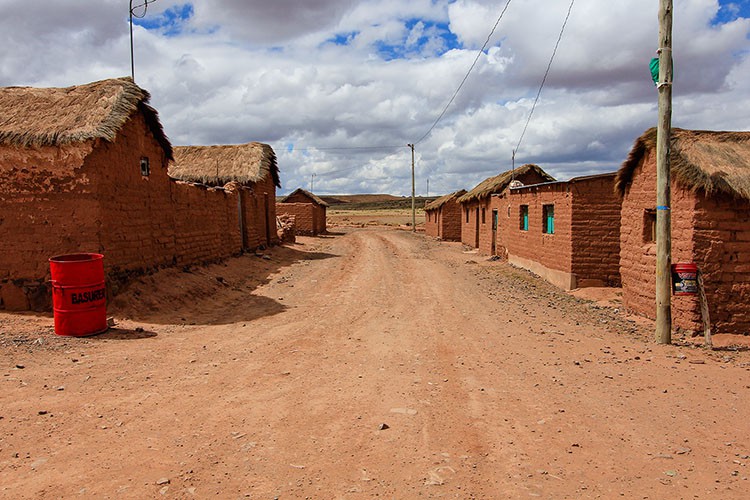 One of the best parts of the tour was that we could stop wherever we wanted to take photos or wander a while. This field of alpacas and donkeys kept us entertained for a while. The colorful ribbons around their necks are for the different ranchers to distinguish whose is whose. 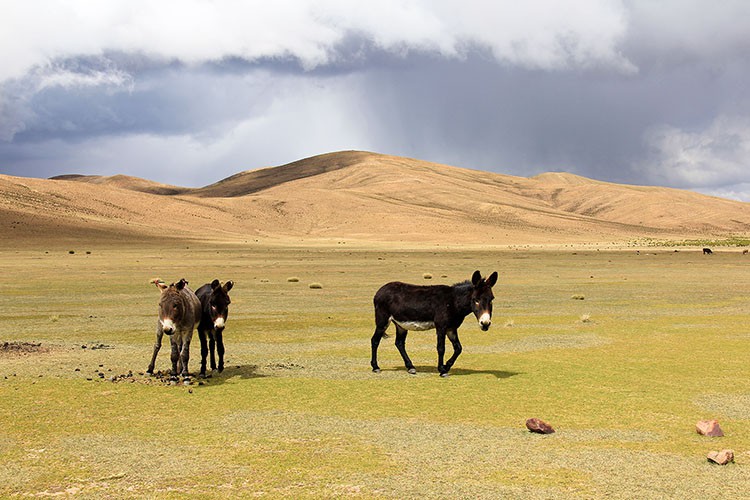 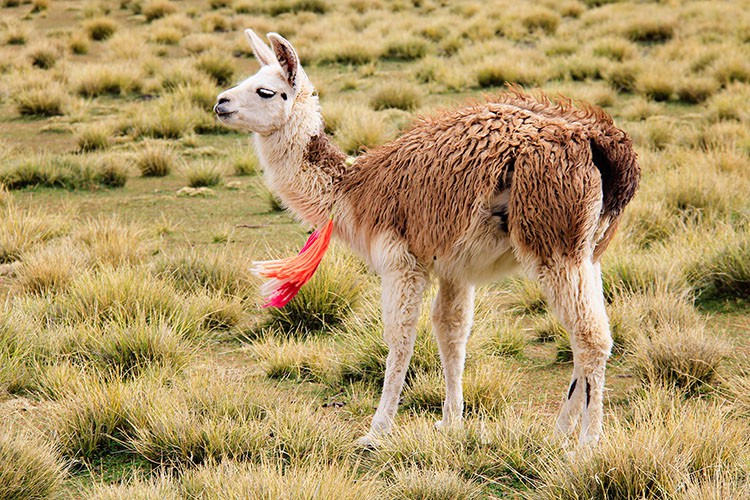 At the bottom of this volcano sits the ghost town of San Antonio de Lipez. Once a bustling mining town, it is now abandoned as when the Spanish came to this part of the world, they not only brought Christianity but also the plague killing most of the inhabitants. Folklore tells a different story: that the miners made a deal with the devil to bring them wealth via the nearby mines (as he is the ruler of all things below Earth) and when they did not keep up their part of the deal, he started killing them off. 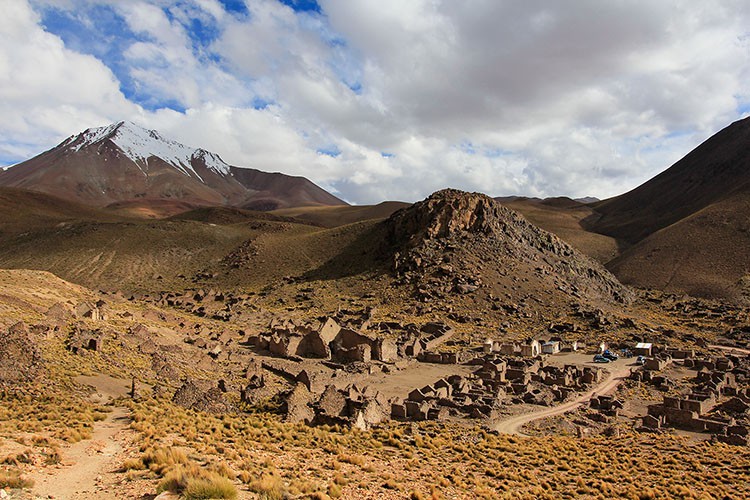 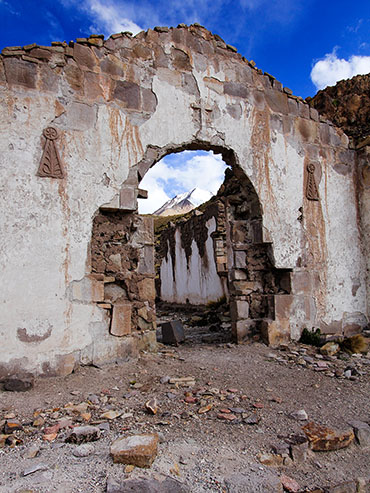 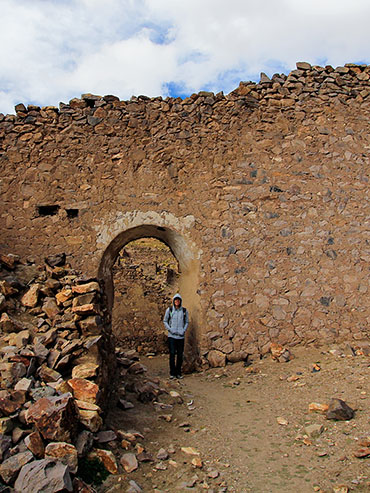 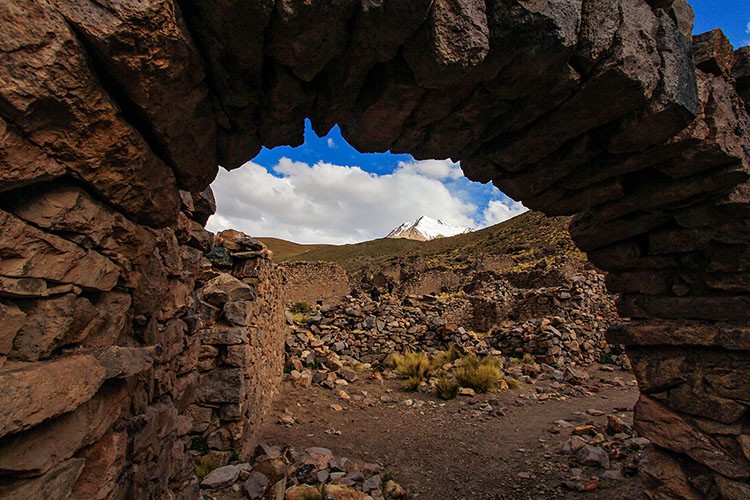 We ended at one of the day’s highest viewpoints (4855m) coming down only slightly to our accommodation. 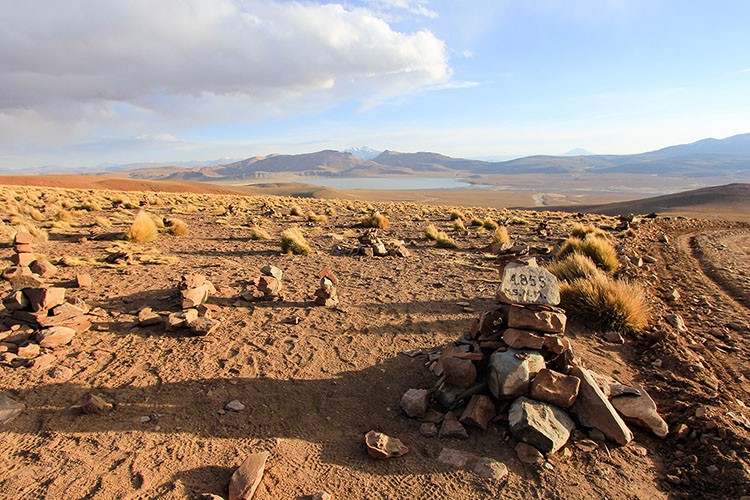 What did this mean for us? Extreme cold. At this altitude the temperature gets near freezing every night. And when they said our accommodation was basic, they meant basic. A building with cracked windows, no heating, limited water supply, and two toilets for everyone to share. Unfortunately within a few hours the electricity runs out and the toilets stop flushing. As much as we wanted to utter a word of complaint, we quickly came to appreciate that this is how many of the locals live every day. 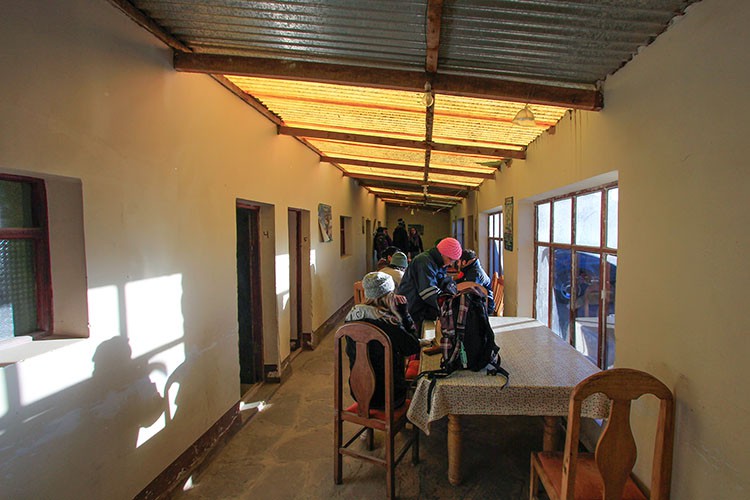 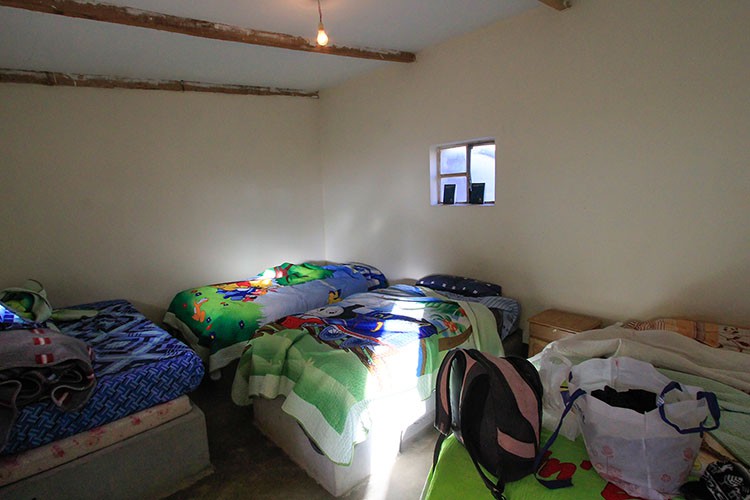 I put on all the clothes I had, clung onto my cup of tea, and all of us couldn’t wait to crawl under our sleeping bag/alpaca wool blanket/bed sheet combination as soon as dinner was over. When we awoke, the windows were covered in ice and our water bottles frozen. We dressed under blankets, and rushed into the car which the rising sun was already starting to warm… Onto day 2!