Potosi: The Town That Silver Built 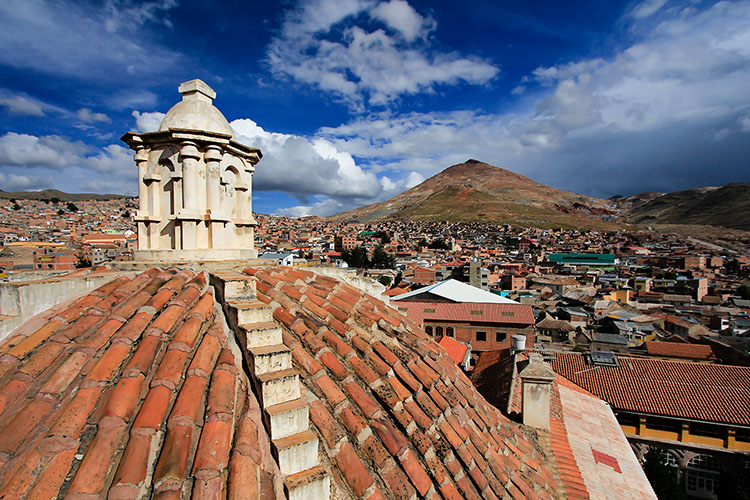 Before heading further south to experience the salt flats we stopped in the city of Potosi. It’s known mainly in Bolivia for it’s history of silver mining, which is evident by the city’s mineral mountain:

Potosi was once the richest city in the Americas thanks to the Cerro Rico (rich mountain) which looms over it. This mountain had one of the largest reserves of silver in the world and the Spanish exploited the Bolivian people to extract its riches. By the time the Spanish left Bolivia, they had extracted enough silver to build a bridge from La Paz to Madrid. 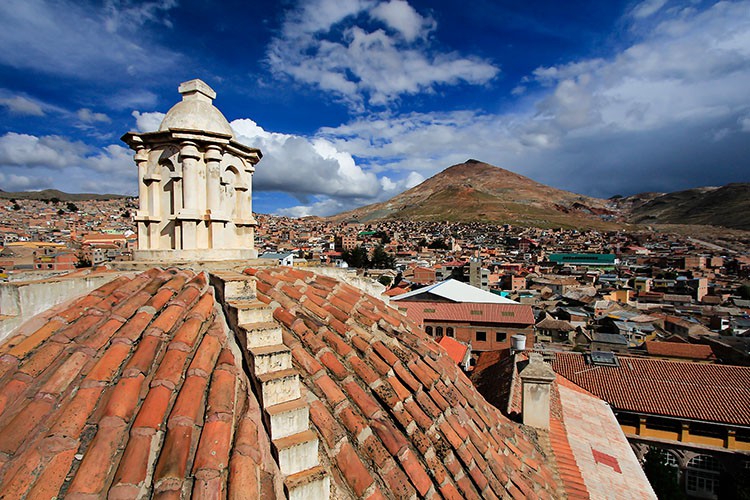 The people of Potosi still mine the mountain to try to extract the minuscule amounts of silver that remain, but it is hard labor with little reward. The conditions in the mines are atrocious and the pay is not great.

The miners have their own culture and rituals in the mine. They worship “El Tio” who is a devil spirit. Now this doesn’t have the same connotation as back home: here the devil is believed to be the God of the underground, so naturally being below Earth’s surface they would have to worship him. They routinely bring him gifts and sacrifices in return for safety and good fortune (things like coca leaves and alcohol). 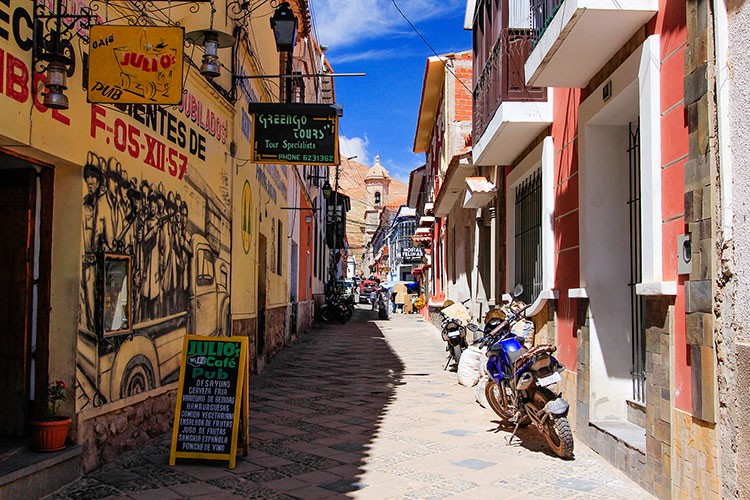 The majority of our time in Potosi was spent wandering town like we normally do. We took in the main market which was very interesting as it had a little bit of everything. It is essentially an open air supermarket with everything from detergent, to treats, to meat and vegetables. There is even a little food court where people will make you a salad or cook you some meat fresh from the market. We avoided eating any of it as it probably would have been bad news for two gringos who are not used to this food. 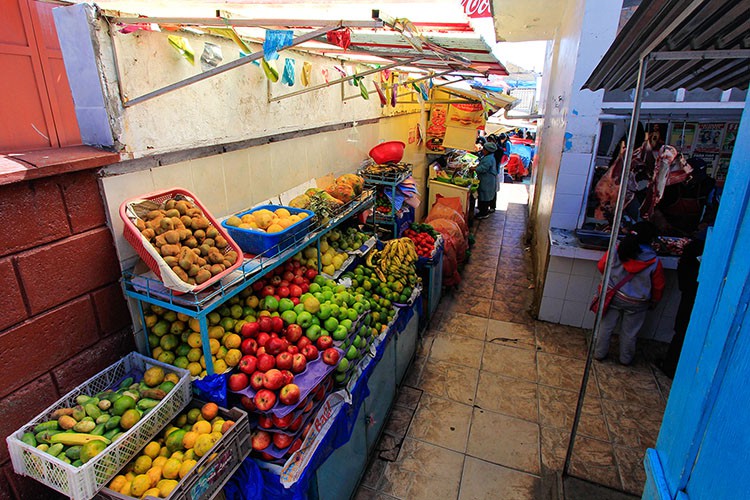 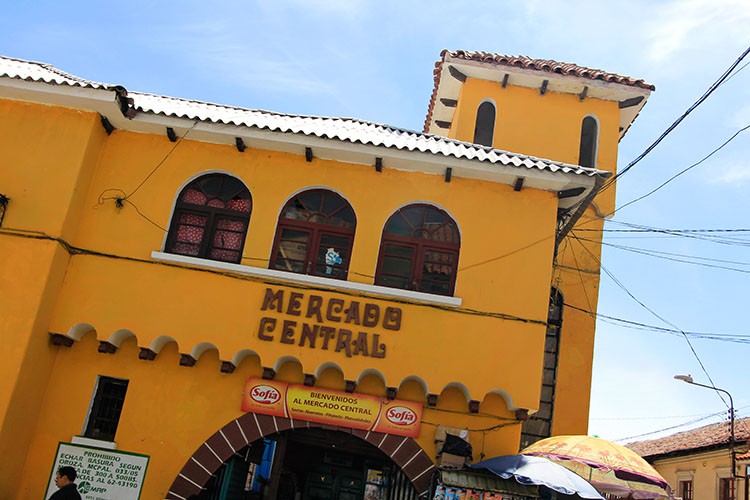 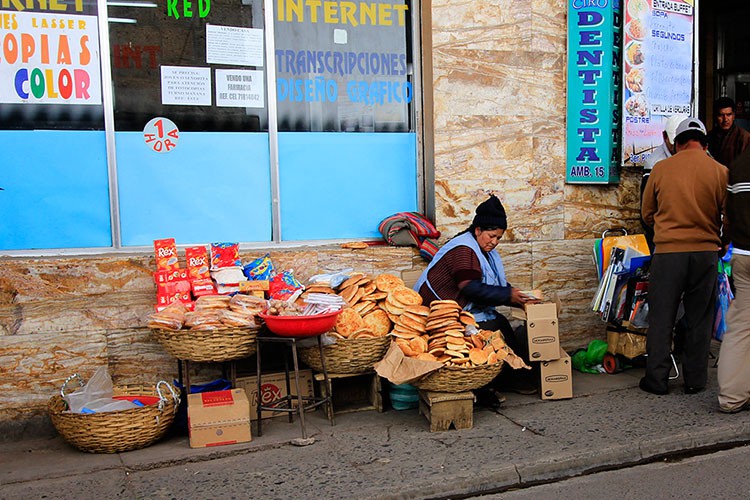 We took a tour of the San Franciscan Monastery, mainly to get onto the top of the church for views of the city. Now it’s not like in other places where you go up to a bell tower and are secured behind a wall; here they literally took us up outside and onto the roof. We were able to walk on the terra cotta shingles and trestles and climb up onto the main dome of the church for views of the city. This was definitely worth the 45 min we spent listening to the guide speak in mostly Spanish about century old paintings of St. Francis of Assisi and other things of the sort… 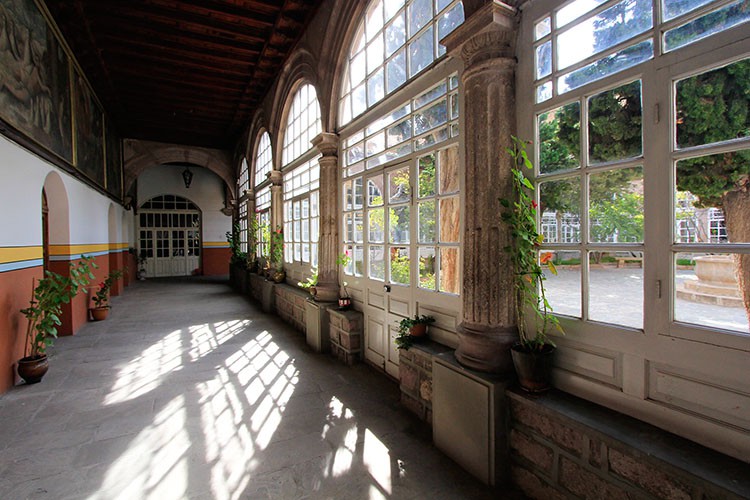 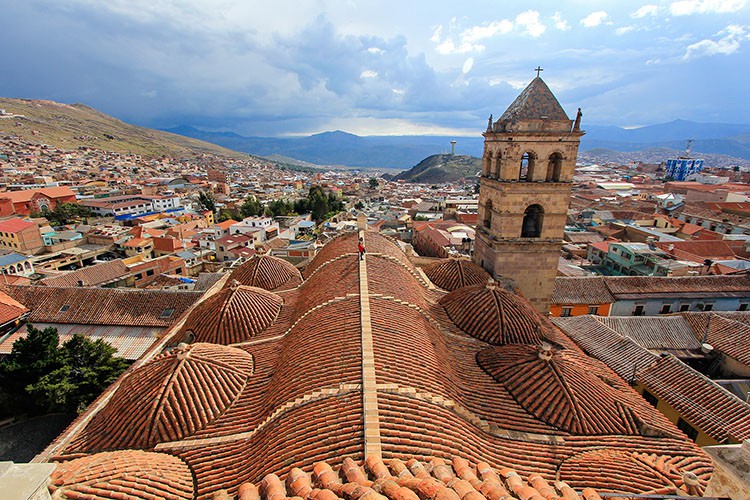 Now it is off to Tupiza where we get to start our four day tour of the Bolivian Salt Flats that is sure to have all sorts of surprises waiting for us! You won’t hear from us for about 4 days…