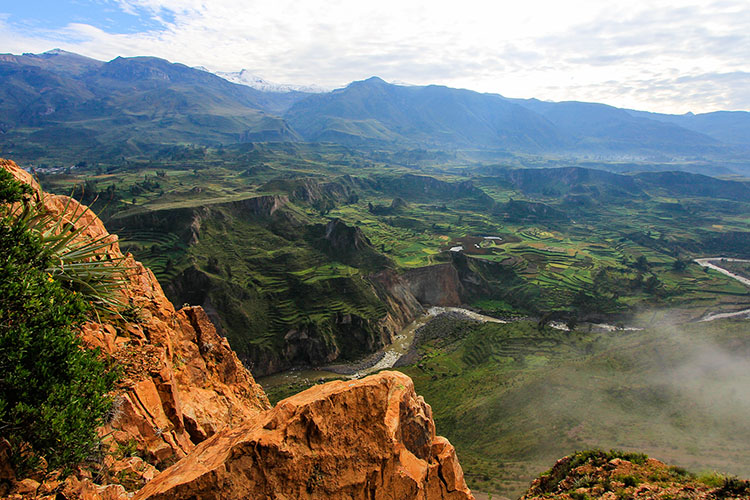 Today we continue our ascent reaching altitudes of over 5,000 meters above sea level. For those of you needing a reference, the tallest mountain in the Rocky Mountain Range is at 4400m and Mount Everest is 8800m. 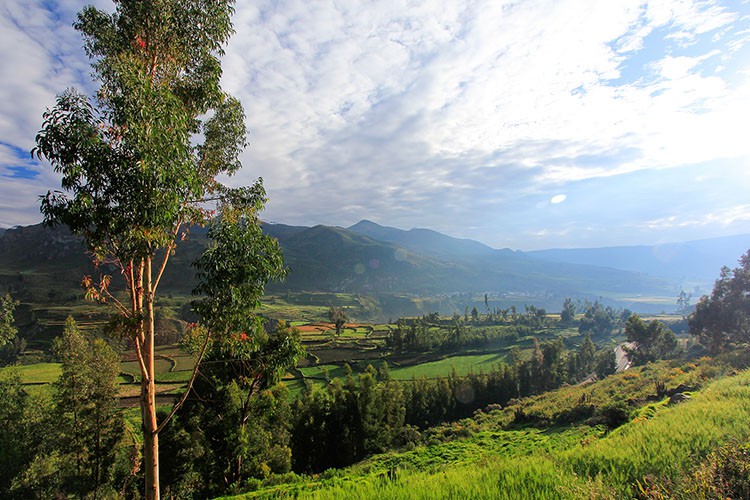 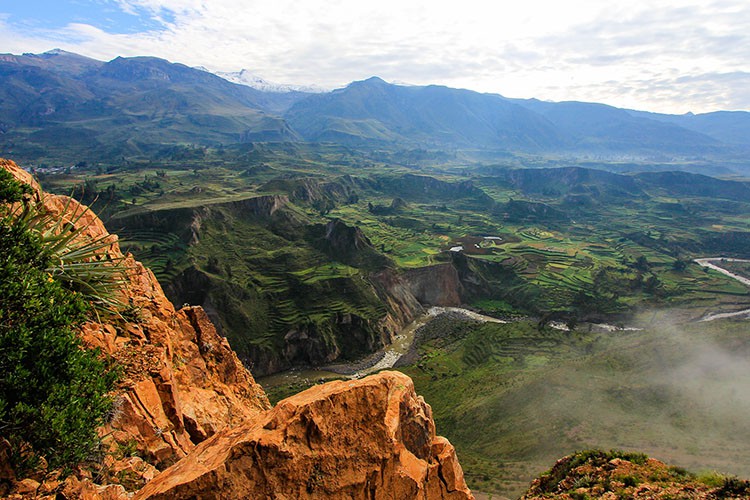 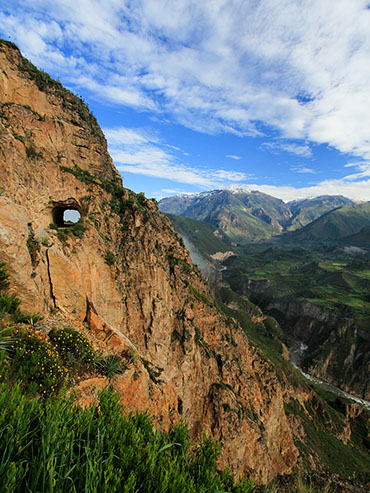 The Inca civilization first populated the canyon and developed it as agricultural land. What’s interesting about that is that due to the canyon’s depth, the climate changes as you increase elevation from the bottom. Therefore, a different set of crops can be grown at each level. Corn, quinoa, potatoes and wheat can all be grown in one vertical strip of land. You can see this in the photos with the terraces in the hills: 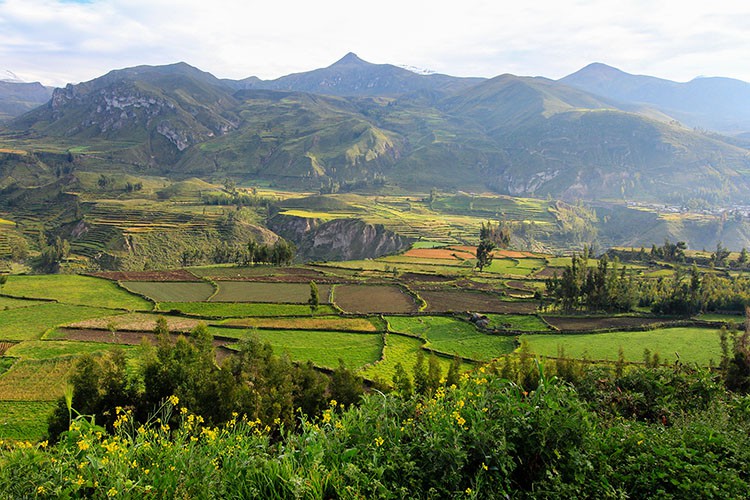 Swooping above your head in the canyon are giant birds called Condors. They are massive in size with a wingspan exceeding 3 meters. Imagine something the size of a flying 30lb turkey. The birds hang out in the cliff sides and wait for the sun to heat up the valley air. Then they catch the rising hot air drafts and glide around rarely flapping their wings (it would be too much effort to do that if you were that large anyways). 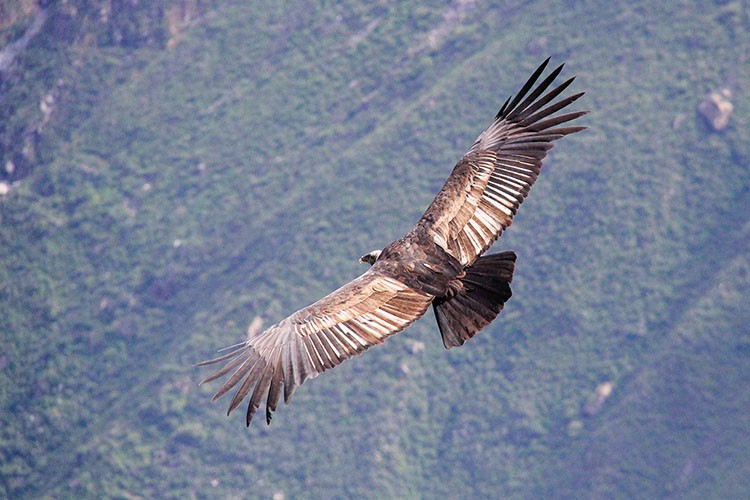 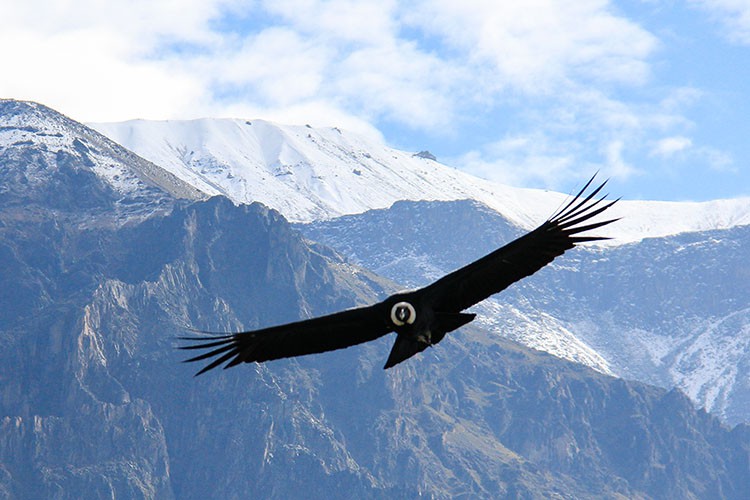 Thus the Condors end up spiralling around above your head, acting like vultures. Just like vultures they scavenge for dead animals like rodents, foxes and even those as big as cows. Yes, cows… Apparently they regularly fall off the side of the cliff (I guess fences haven’t been invented here yet) and the condors feast on them on the canyon floor. 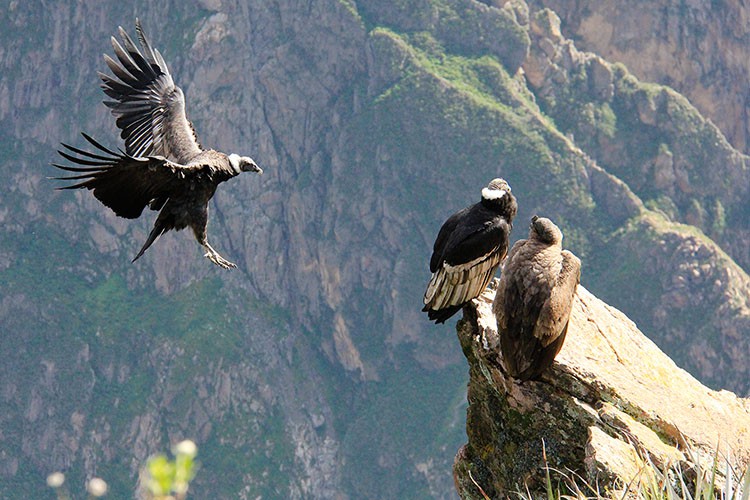 Kind of creepy looking no? Put a bird on it.