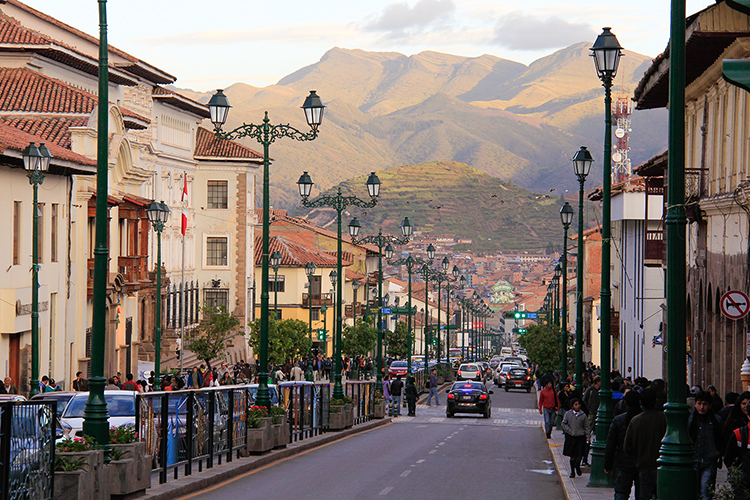 Before tackling the Inca Trail we had a few days in Cusco to relax. This city is the main gateway to Machu Picchu and therefore is the most visited city in Peru (and one of the most visited in South America!). 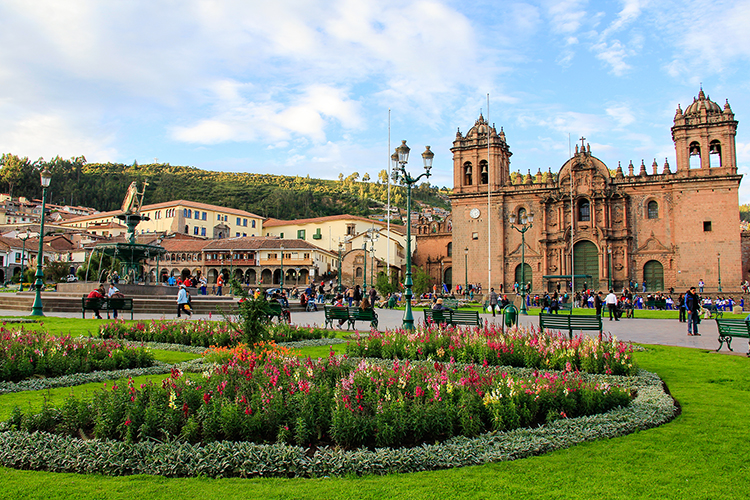 Which is funny, because entering Cusco was like entering a filtered and westernized version of Peru. Suddenly cars stop at red lights, stay within their lanes, and occasionally stop for pedestrians. The city center is kept in tip top shape with clean streets and manicured squares; the stray dogs even seemed kinder. The growth in tourism has been good for the city, which now has a lower poverty rate than most other cities in Peru.

The downside is that tour agencies clutter the streets and vendors consistently badger you to buy trinkets.

Belly Button of the World

Cusco was once the capital city of the Incan Empire. Thus, they appropriately gave it the name “Qosqo” meaning ‘navel’ or ‘belly-button’ in Quechua (their official language that is still spoken in most rural areas). All roads in the empire spread outwards to and from Cusco making it the most important city of the kingdom. 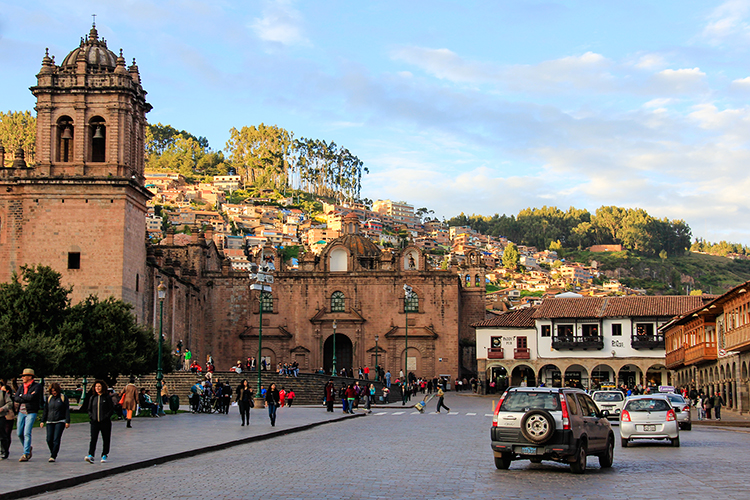 A City within the Valley

Cusco is nestled in a valley of the surrounding mountain range. Our hotel was perched up on one of these hills, with a great view of the city off our balcony: 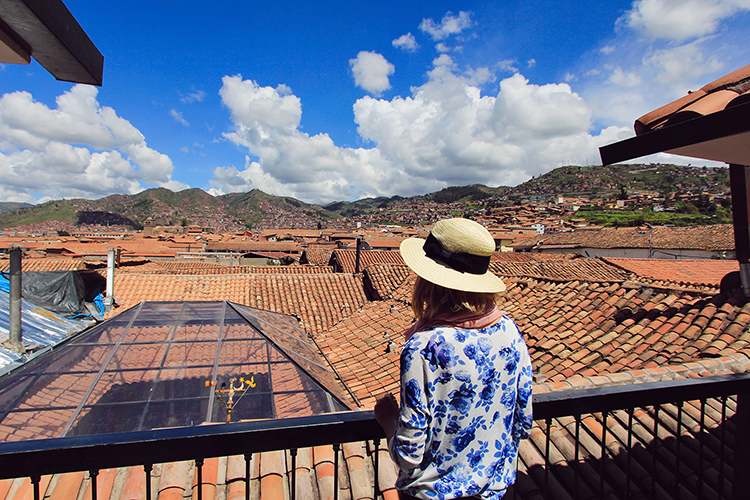 The terra cotta roofs seem to go on for miles. We enjoyed wandering all the small side streets, up and down hills, meandering into the restaurants and shops. 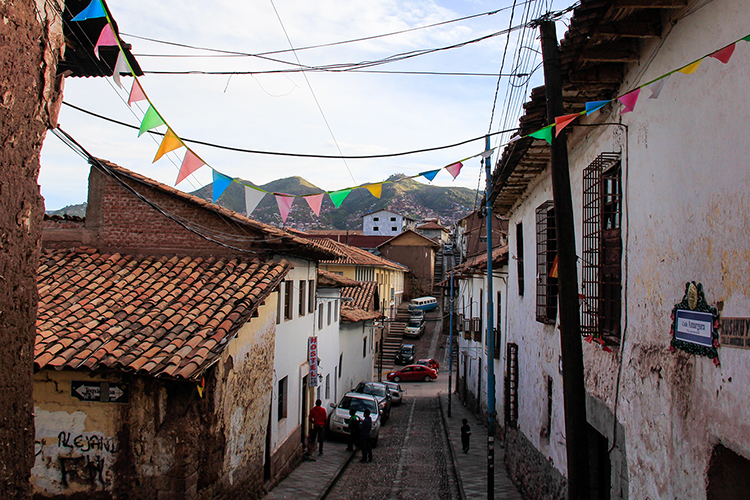 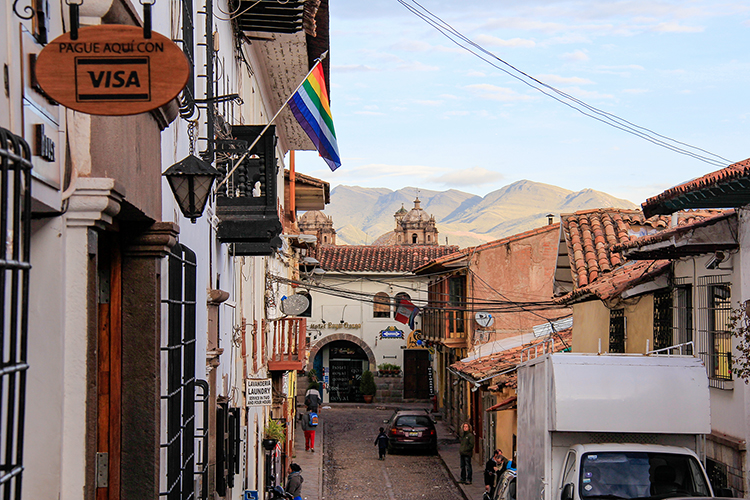 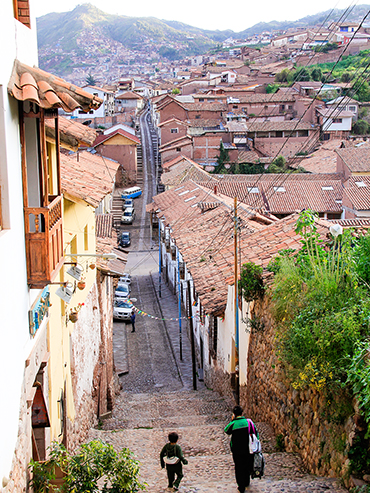 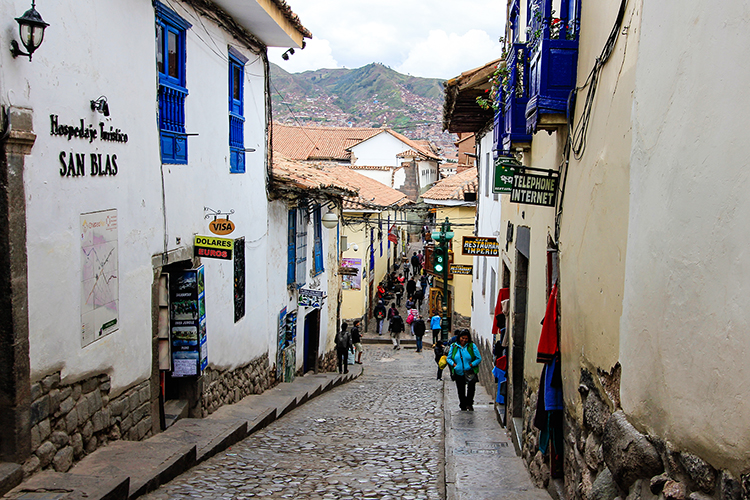 When the Spanish came to Peru their main goal was to destroy the existing culture and spread Christianity. They managed to do quite a good job leaving only a few scant ruins and erecting over 30 churches. Looking at the skyline of the city it becomes very obvious that there is a church on almost every corner. The main square has two just to make sure you can’t miss Jesus’ presence. 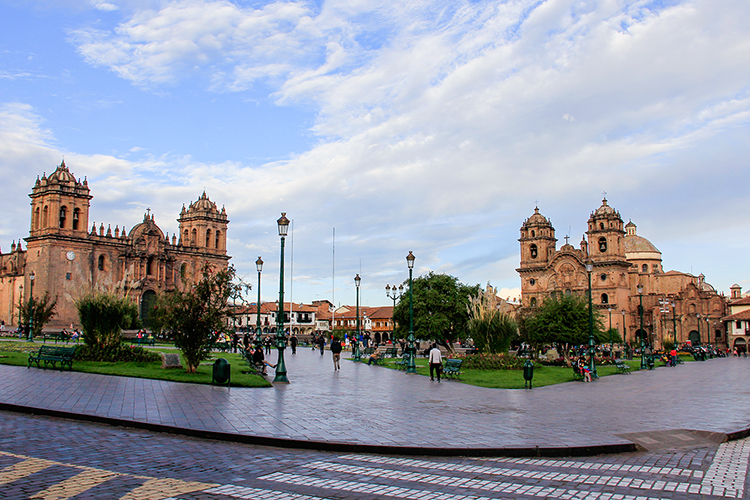 We stayed in Cusco both before and after the Inca Trail. Our return to the city was with PeruRail, our first train ride in the country.

Expecting a simple and basic 2h train ride, we were in for a shock. The train was elegant with skylights for panoramic views of the Andes. We were suprised with a fancy lunch and drinks as soon as we sat down. 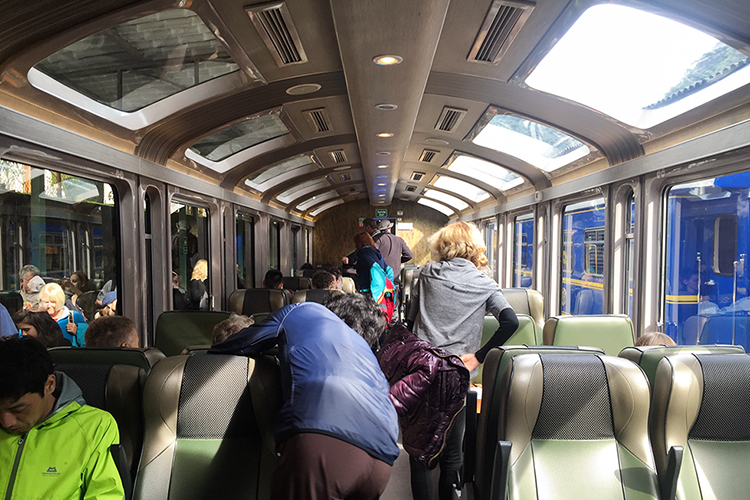 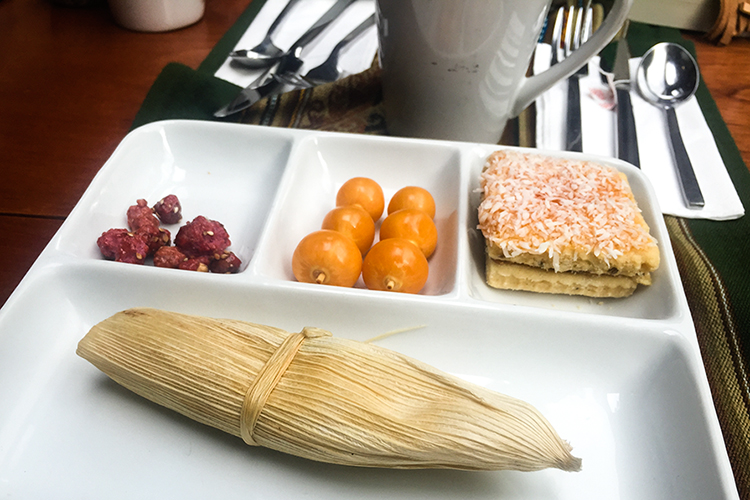 More shocking was that after the dinner service, we heard a loud shout and suddenly a man in costume ran out and began dancing across the whole train. We couldn’t help but laugh and wonder what was happening. And as if that wasn’t enough, shortly after his dance completed was a 30 minute fashion show of Alpaca goods modelled by the train ticket collectors. 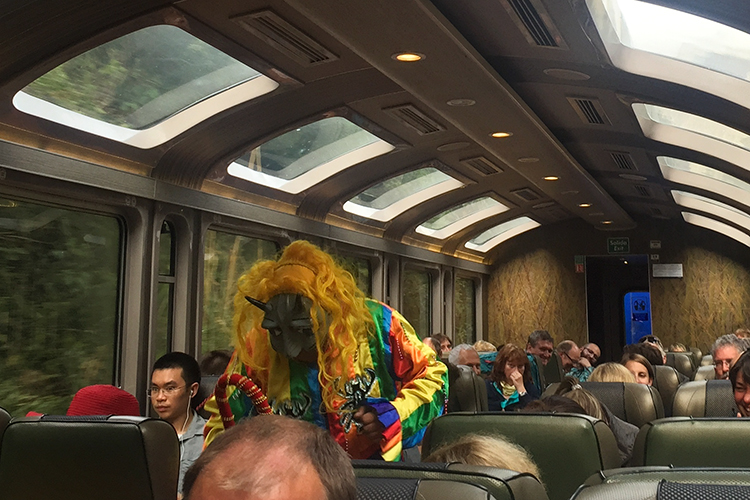 Overall, Cusco was a very beautiful and well maintained city. Perfect for our break to recharge and get set for our next adventure…

In Cusco we stayed at the Tierra Viva Plaza hotel. It was in a great location, had good breakfast, and was reasonably priced with clean modern rooms.

If you are looking to book a train to or from Machu Picchu you have to book with Peru Rail. They have multiple different classes to chose from. We did not opt for the very fancy Hiram Bingham train but if you are looking for luxury that is they place to be. Trains leave Cusco in the morning and return in the evening. In the rainy season parts of the tracks may be closed and a shuttle bus will take you for a portion of the journey.