Sucre: We Found The Gringos 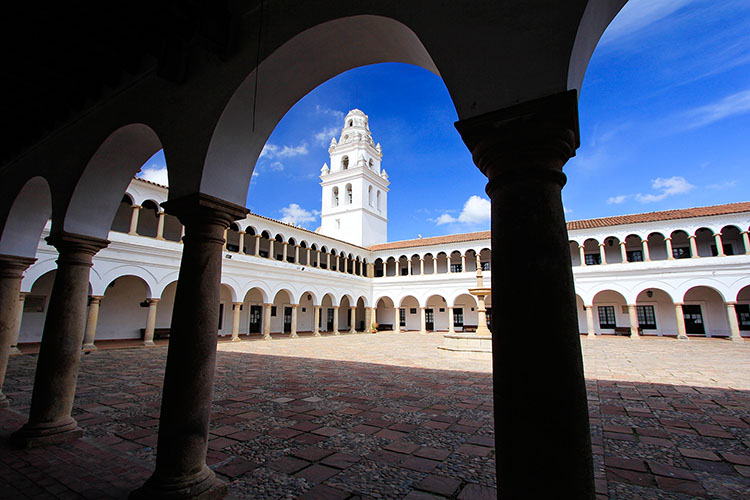 Gringo: “A term used in Spanish and Portuguese speaking countries to refer to foreigners and non-speakers of Spanish” (according to Wikipedia).

Ie. We are gringos.

Usually when travelling, especially at tourist destinations, you cannot escape hoards of tourists. However, we have noticed that so far in South America there have been shockingly few gringos. That changed today when we went to the charming city of Sucre and found where they were all hiding. Although when I say “all” I still mean a relatively small number. I don’t know if we got lucky, if it’s low season, or if we are off the beaten track, but I’ll roll with it because it means we have had a more authentic experience. 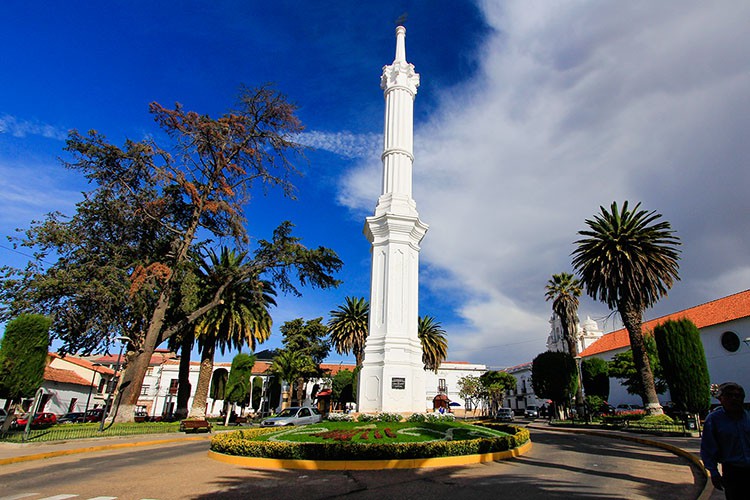 Today we had a day trip to the cute city of Sucre that has become known as The White Town, not due to gringos, but due to its many white washed buildings. Immediately upon arrival we noticed that this town was much different than other Bolivian cities. Instead of the usual red brick building, the streets of Sucre are full of Spanish colonial style buildings and more greenery than we’ve seen in a while. 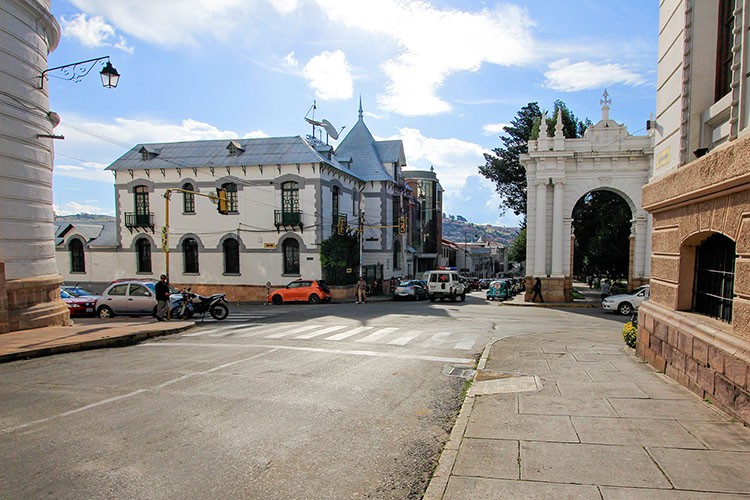 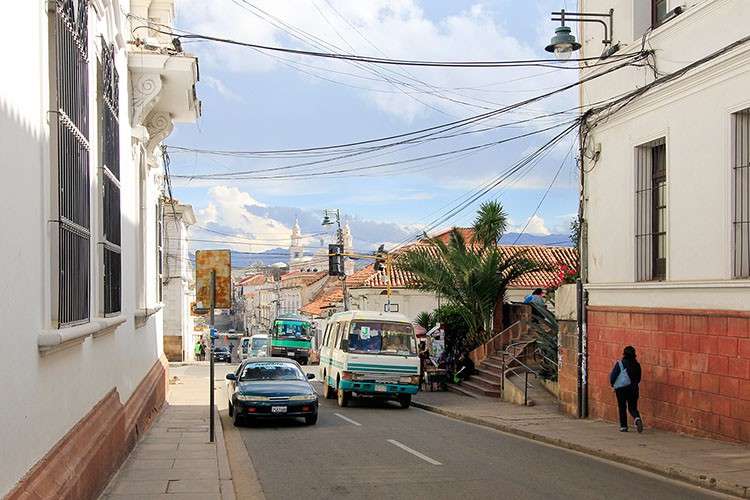 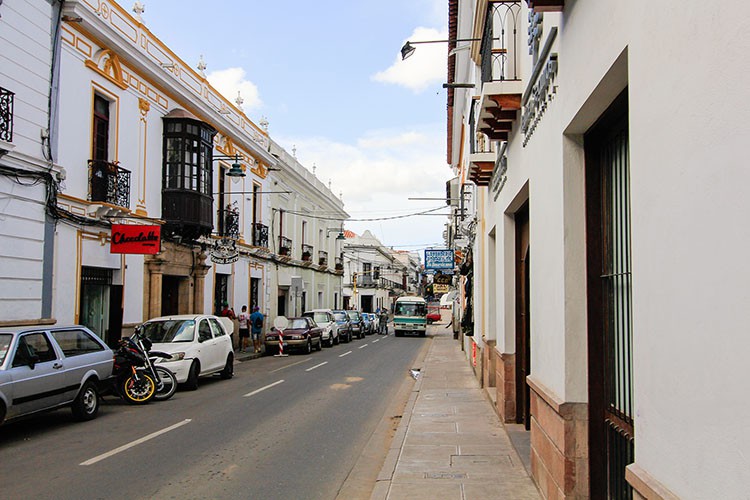 This is because it is one of the more wealthy cities in the country due to the proximity of nearby silver mines in Potosi. It is also the “official capital” of Bolivia even though the government sits in La Paz. 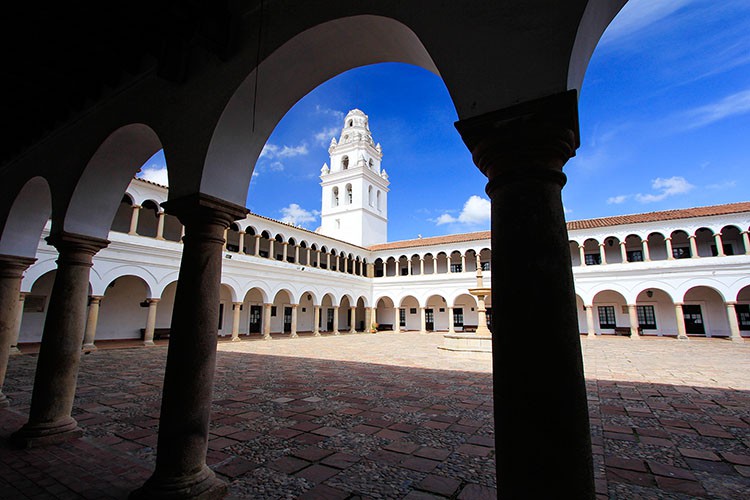 One of our favourite parts of the day, believe it or not, was our drive from Potosi (where we’re staying) to Sucre. It was a 2.5h drive through interesting mountain landscapes and down into river valleys. A taxi drove us there for only $35 (a steal of a deal for that length of journey). Having the taxi was a nice break from the buses we have become accustomed to and allowed us to stop to take a few pictures here and there. 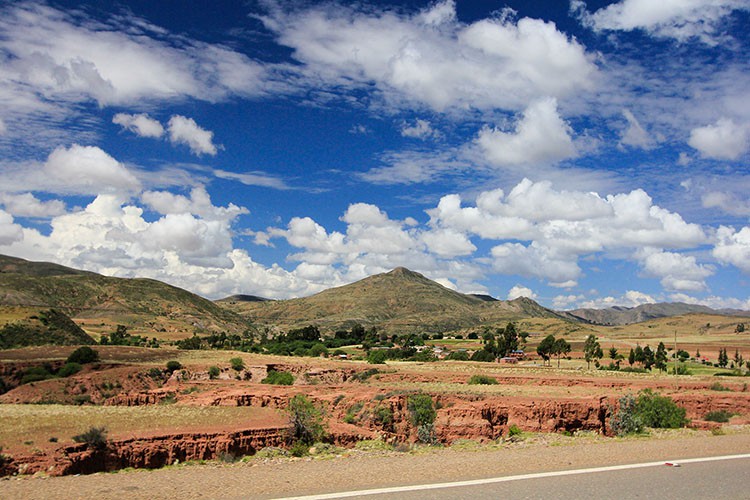 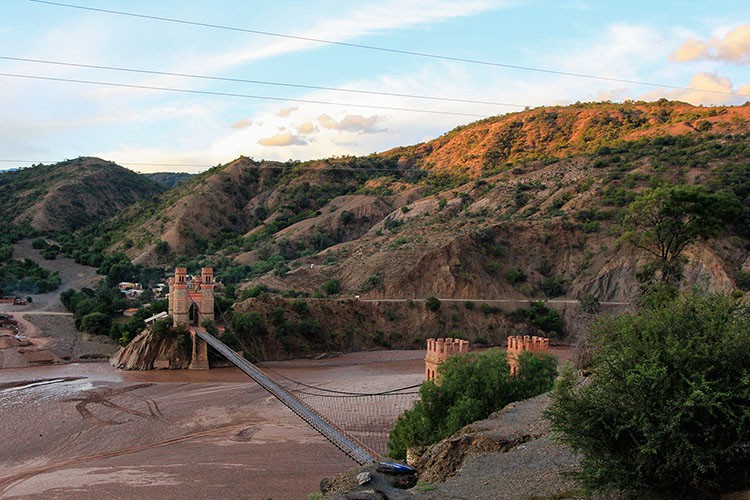 This may seem like a morbid topic to bring up, but Bolivian cemeteries are perhaps some of the most interesting we have ever seen. They consist of multiple long buildings (some the size of a 3-4 story apartment block) with many levels of alcoves that hold the ashes of the deceased.

The little grave is then decorated by the family with things the person loved or cherished during their life (such as miniatures of Coca Cola or whiskey). They are also usually filled with flowers from many visitors. The cemetery just goes on and on in what seems like and endless maze. 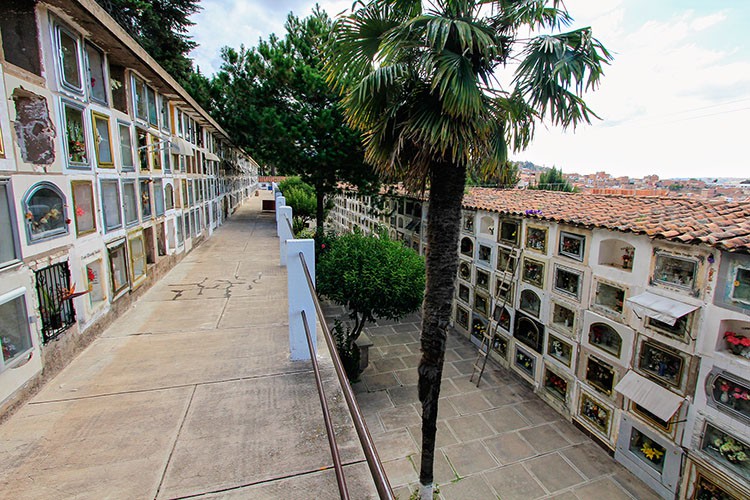 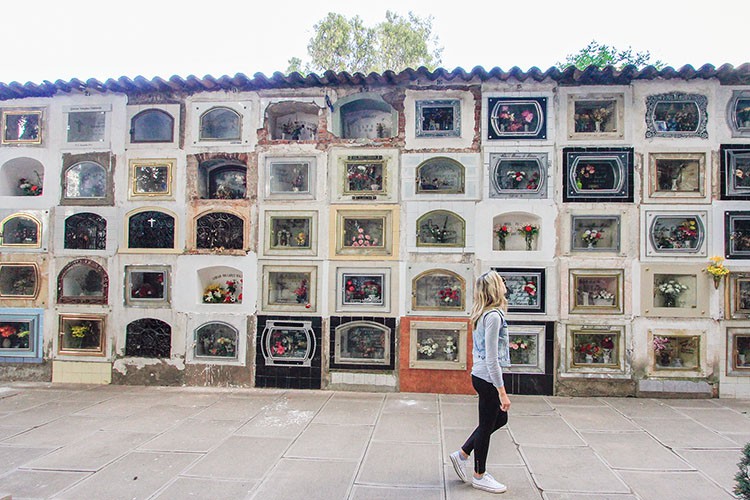 Now being the nerds we are we looked more into this: People are buried here for a period of 7 years for which the family pays $10,000. After this 7 year period the body is moved to a more traditional grave in the ground. Then after 20 years the remains are removed entirely, meaning the mourning period lasts 27 years total. 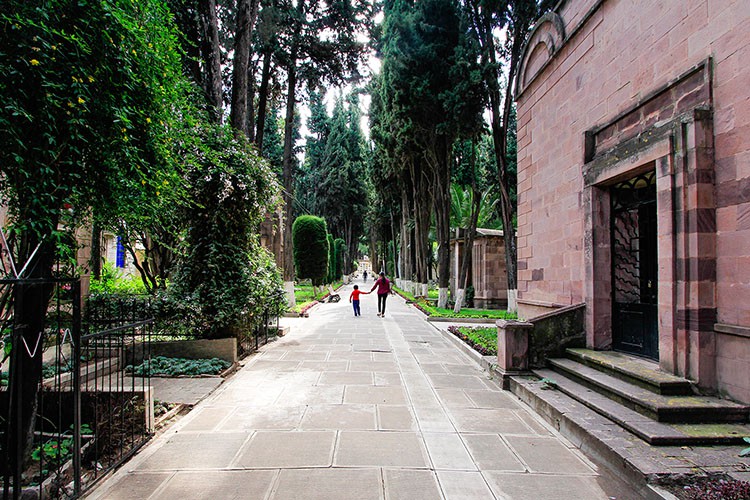 We also learned that families aren’t buried together. Men are usually buried with their colleagues and children are buried with other children under a large white mound. People are so defined by their occupation here that workers unions will have special areas just for the men working in that trade.

Here are some pictures from a similar style cemetery in La Paz: 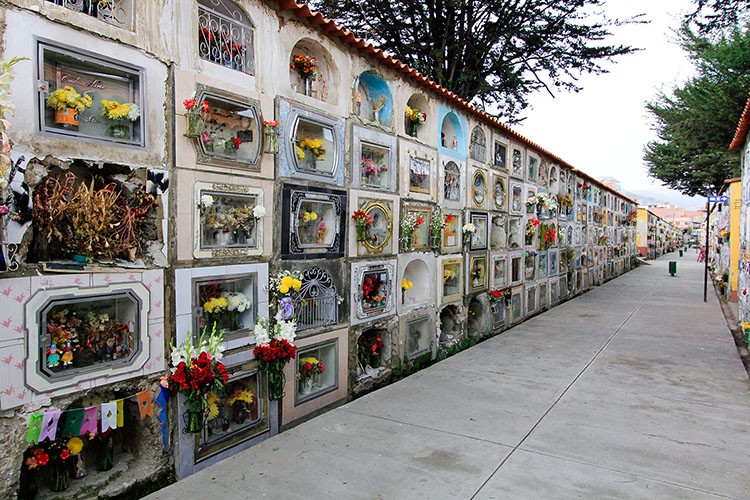 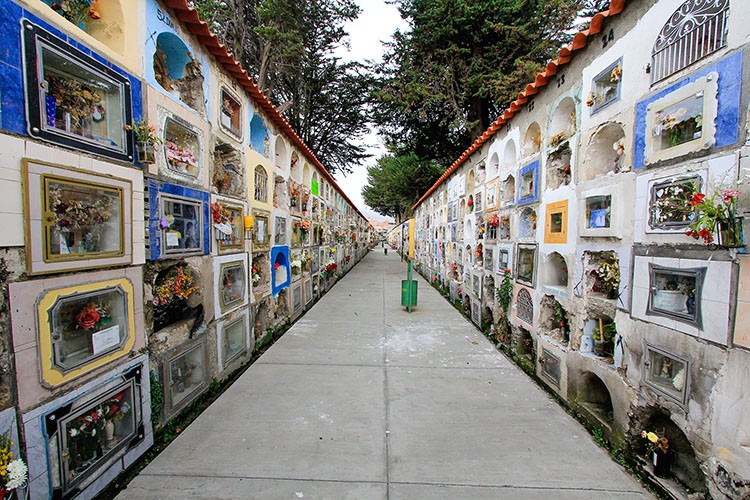 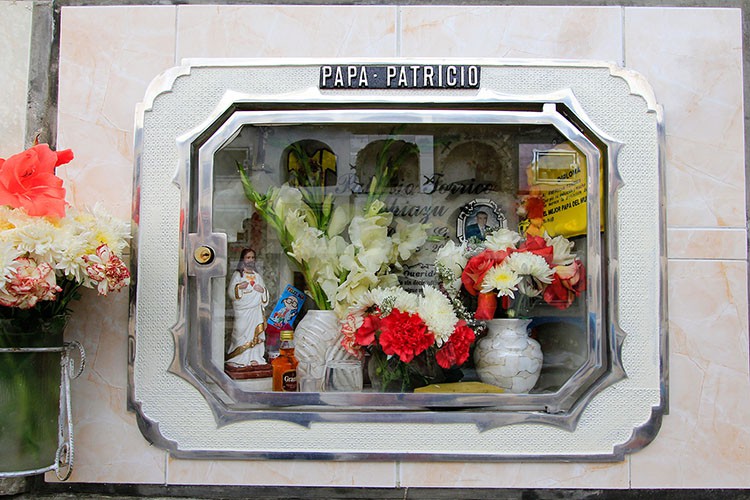 I mentioned earlier that the architecture in Sucre was different than that we’ve seen anywhere else in Bolivia. So what is the architecture in the rest of Bolivia then? The houses and buildings here are mainly made of brick and mortar, but they are often given elaborately decorated facades. The windows are similar to bay style windows at home. Architects felt that this style of building was so unique to the area that a new name was created to describe buildings like this: Neo-Andean. 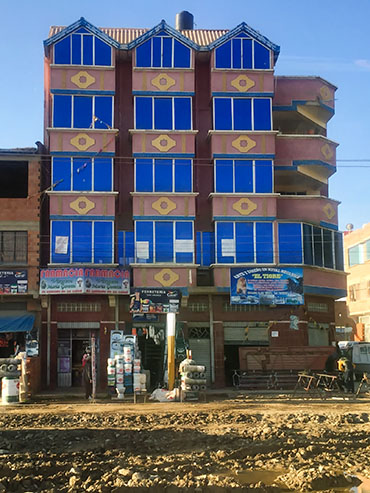 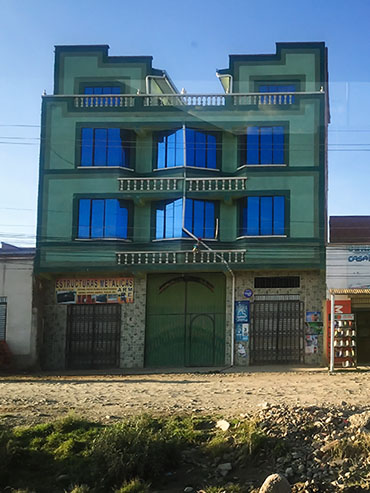 Thanks to this fun fact I now know how to describe at least 1 type of architecture appropriately!

PS – We’re off on a 4-day tour of the Bolivian Salt Flats tomorrow, so you might not hear from us for a while. We’ll update you on it all when we get back :)